TORONTO (December 5, 2022) – Pfaff Motorsports announced today its driver lineup for the 2023 IMSA WeatherTech SportsCar Championship season on the heels of winning back-to-back titles in the series.

Klaus Bachler (AUT) and Patrick Pilet (FRA) will pilot the No. 9 Porsche 911 GT3 R full-time in the GTD Pro class, with Laurens Vanthoor (BEL) joining for the team’s endurance races. The new 992-generation GT3 R will take to the track at Daytona International Speedway this week as part of a two-day test with Bachler at the helm. 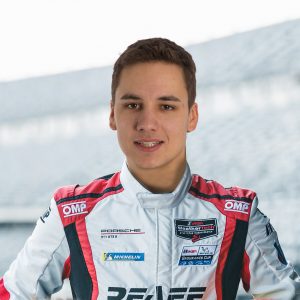 Bachler enters his first full season of IMSA competition following a busy 2022 calendar. This past year, the Austrian competed in the WeatherTech Championship, the Asian Le Mans Series, the International GT Challenge, both the Fanatec GT World Challenge Europe and North America series, and the 24 Hours of Nürburgring. 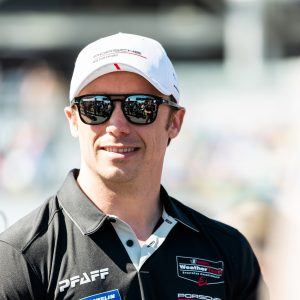 Meanwhile, Pilet – who has competed with the Porsche brand since 2008 – has scored titles in the 2015 IMSA GT Le Mans class and 2017 North American Endurance Cup. The Frenchman looks to add to his storied IMSA résumé, which also includes victories at the 24 Hours of Daytona, 12 Hours of Sebring and an overall win at the Motul Petit Le Mans. Internationally, Pilet has wins at both the 24 Hours of Dubai and Nürburgring, and multiple podium finishes at the 24 Hours of Le Mans. 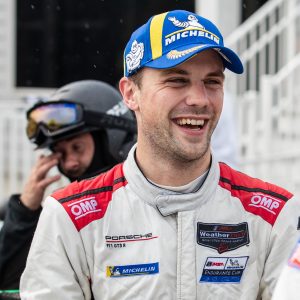 Vanthoor returns to Pfaff Motorsports after previously winning the 2021 GTD class championship with the team. The Belgian driver brings extensive winning experience in enduros such as the 24 Hours of Le Mans, Dubai and Nürburgring, in addition to two wins at the 12 Hours of Sepang.

The 2023 calendar begins with the annual Roar Before the Rolex 24 At Daytona test event on January 20 – 22, one week prior to the renowned, twice-around-the-clock race on Saturday, January 28 – 29. To close out the championship-winning 2022 season, Pfaff Motorsports will join the Porsche Night of Champions celebration later this month.

Klaus Bachler: “Competing the whole season in IMSA for the first time makes me very proud and happy – I always wanted to tick that box. I am really looking forward to experiencing and getting to know these iconic racetracks with a strong field of drivers and epic battles. Contesting my first season in IMSA with Pfaff Motorsports really honors me. Being part of the Pfaff Motorsports family means being part of an extremely professional and successful team. I can’t wait to do my first race in the Plaid Porsche surrounded by this great excitement of North American motorsport fans.”

Patrick Pilet: “I’m really excited. I drove in the U.S. for many, many years and I had the chance to win the championship in GTLM and finish second and third in other places. I really feel like home there, it’s a great championship. I love every track and the way you race there. I’m really looking forward to that especially with Pfaff. We had a great experience together in the past at Daytona; we had a really quick car and worked really hard. I know how good they are and many guys are still there, so it’s proof that everybody loves to work together. I know plenty of the guys as well as new members of the team, so it’s a great opportunity, I’m really looking forward to working with this team.

“I’m really happy that Porsche gave me this opportunity as well to go back to the U.S. to fight for a championship and especially in IMSA in the Pro category. It’s really special, it’s a great challenge and we know what we have to do. The team has had so many successes in the past, so I’m looking forward to giving them another championship and plenty of victories.”

Laurens Vanthoor: “I’m extremely looking forward to working together with everyone at Pfaff again. First of all, we had a successful relationship with two victories and the championship in 2021, but mainly as well, we have very good private relationship where I had and still have a good understanding with everybody on the team. I’m very much looking forward to being back with them and working together and also spend time together.”