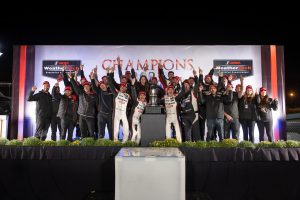 Pfaff Motorsports scored five victories throughout the season, with an additional three podiums to sweep the drivers’, team and manufacturer championships. Matt Campbell and Mathieu Jaminet drove for the full-season effort, while Felipe Nasr rejoined the lineup at Michelin Raceway Road Atlanta after previously competing at the 24 Hours of Daytona and 12 Hours of Sebring. The team finished third at Road Atlanta, but only after overcoming contact with a competitor in the early hours. 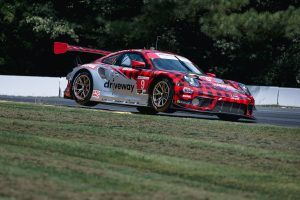 The title caps off a remarkable era for the 911 GT3 R, with which Pfaff Motorsports has competed since joining the WeatherTech Championship in 2019. The Canadian-based team scored 11 of the GT3 R’s 14 victories in the series, as well as back-to-back championships, after winning the GTD title in 2021.

Pfaff Motorsports will be recognized at the annual Porsche Night of Champions in December, with the team’s 2023 plans to be announced in the coming weeks. 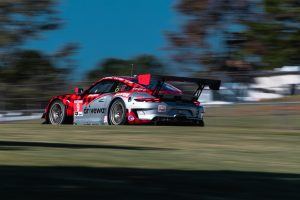 Matt Campbell: “It was a short celebration on the pit stand with the team, thanking everyone for a couple minutes or so, and then it was back to business. We knew going into the race we weren’t changing our approach that we’ve had all year and that’s really proved to be our strength. It was really nice to get across the start line, take the green flag and the championship and then it was 10 hours to go, so it was a long way.” 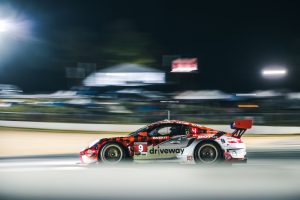 Mathieu Jaminet: “The race was crazy from start to finish. I think we were missing a little bit of pace today. We made it happen, and it’s exciting for the win at the end, and it was great having this fuel-saving machine next to me (Campbell). It helped close the gap and put us in position to maybe come out in front and win the race. In the end, we had some crazy battles, and it could’ve been any of four cars, with many different contacts and cars pushing each other off. We gave it our all, but in the end for us and for the championship, it would have been nice with a win. We’ll still take the result and are happy to be here tonight.” 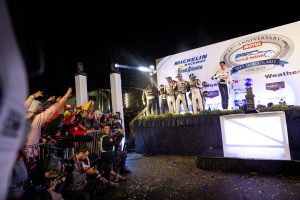 Felipe Nasr: “It feels amazing to be here once again. It was a big task for me this year to jump into the GTD Pro class after so many years of prototype racing, and not having the GT background. I had to learn a lot of new things again, but I just want to say a big thanks to these two guys for being great teammates, showing me the way, being patient at times. I don’t think I disappointed too much. It’s just great to see two guys of such a caliber having such a successful year and finishing the year on a high with another the podium. I can only say thanks to these guys, and it’s been great to be together this season.”