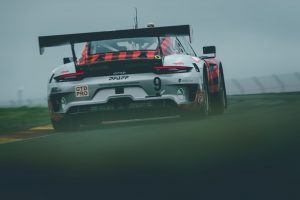 Elkhart Lake, WI. (August 8, 2022) – A race-long battle for the lead was cut short for Pfaff Motorsports, as the IMSA WeatherTech SportsCar Championship event at Road America ended under full-course yellow to cap off the eighth round of the season.

Matt Campbell qualified the No. 9 Driveway Porsche 911 GT3 R second ahead of Sunday’s race, before handing over the car to Road America rookie Mathieu Jaminet with two hours remaining. Light rain hovered over the circuit for nearly the entire race, but Jaminet still managed to work his way to the top spot. 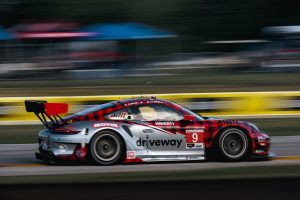 The Driveway Porsche was in a prime position for victory – pitting while another yellow flew with less than an hour on the clock. However, as Jaminet raced back through the field, his momentum and potential fight for the win was halted due to a yellow flag that ultimately ended the race.

The team finished in second place, but with a 227-point lead in the GTD Pro class championship with just two rounds left in the season. Road America has been a highlight on the schedule for Pfaff, the team having won its last two GTD class races at the 4.048-mile circuit. 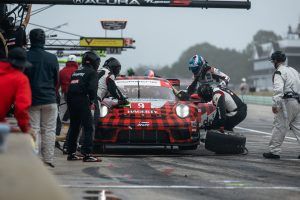 After four races in just over a month, Pfaff Motorsports now waits three weeks for the series’ penultimate round at VIRginia International Raceway where the team was also victorious in 2021. The Michelin GT Challenge hosts the second GT-only event for the WeatherTech Championship on Sunday, August 28 at 2 p.m. ET. The race will stream live on Peacock TV and USA Network, with REV.tv available for Canadian viewers.

For high-resolution imagery and video from Road America and throughout the season, please click here with credit to Pfaff Motorsports/Lenssen Photo. Updates from Pfaff Motorsports can be followed on the team’s Facebook, Instagram and Twitter pages. 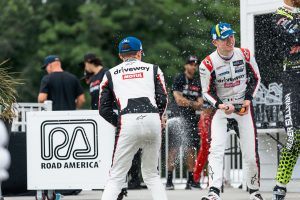 Matt Campbell: “A win would’ve been nice, but we’ll take P2 and there’s only good points for our championship. There are only positives to take away from this weekend, no negatives. We had a really good race. I think it was a little unfortunate there with the last yellow, maybe we would’ve been able to capitalize otherwise, but nevertheless, it was good for our championship and it’s always nice extending the lead.” 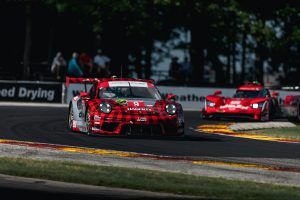 Mathieu Jaminet: “I thought we were going to win this one. We had the right pit stop at the right time, but we also gambled and rolled the dice and in the end, it worked for them with the yellows and fuel. For sure, it’s disappointing because I have a feeling that we were the strongest once again as a team. The team did an awesome job, but today it was a little bad luck. We’ve had luck a lot this year, so sometimes you have to accept it. But it was a very good day for the championship, increasing the lead with two rounds to go, so can’t complain too much.” 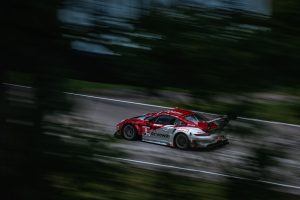 Pfaff Motorsports has established itself as one of the most successful sportscar racing programs in North America over the past decade. A professional team in the International Motor Sports Association (IMSA), it has established long-term partnerships with premium brands such as Lithia & Driveway, Motul, and Hagerty, and is one of the top-performing Porsche customer racing teams in the sport.

About Lithia & Driveway (LAD)
LAD is a growth company focused on profitably consolidating the largest retail sector in North America through providing personal transportation solutions wherever, whenever, and however consumers desire.