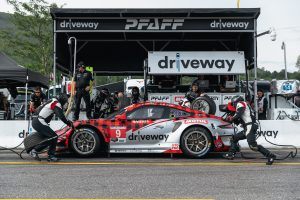 In qualifying for the GT-only, FCP Euro Northeast Grand Prix – where Pfaff Motorsports was first victorious in the WeatherTech Championship in 2019 – Matt Campbell shattered the track record in qualifying (51.079, 104.167 mph) to place the No. 9 Driveway Porsche 911 GT3 R on pole position overall. 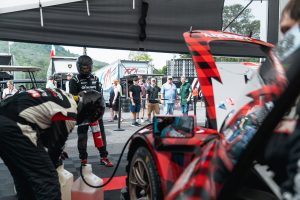 Campbell led the majority of his stint, only falling back for a handful of laps during a pit stop sequence. He regained the top spot on track before turning over the car to co-driver Mathieu Jaminet. Quick work from the crew during the driver change allowed Jaminet to maintain the lead, and the Frenchman conserved both fuel and tire degradation to the checkered flag, even despite a late full-course yellow.

This is the fourth win of the year for Pfaff Motorsports through seven rounds, with only three races remaining. Campbell and Jaminet extend their GTD Pro class championship lead to more than 200 points ahead of the IMSA Fastlane SportsCar Weekend at Road America on August 4–7. The WeatherTech Championship race is scheduled for that Sunday at 2:40 p.m. ET and will stream live on Peacock TV (REV TV and IMSA.tv in Canada), with delayed television coverage on USA Network beginning at 6:30 p.m. 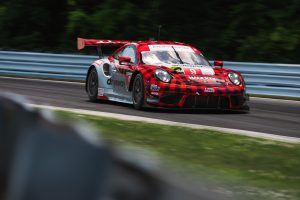 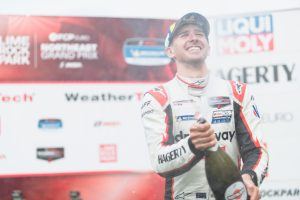 Matt Campbell: “Fantastic result. Another win and perfect for our championship. We have extended that lead which is really, really good. It wasn’t easy but a key part of our race was leading from the front. I couldn’t be happier.” 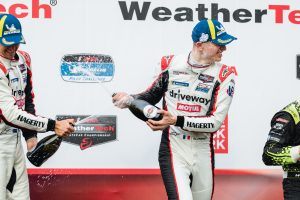 Mathieu Jaminet: “The teamwork has been amazing. I am impressed in how the team has worked again today with strategy. We saw that everybody pitted early. This would have put pressure on us because we were the leader, and we would have been undercut. We just stuck to our plan, our strategy. Everyone stayed calm on the pit wall, and you don’t see this on many teams. This is one of our strengths and it has been like this all year long. The guys in the pits have done a faultless job now for the seventh round in a row. We are not always the quickest but so far maybe we are the ones making the fewest mistakes.”

About Pfaff Motorsports
Pfaff Motorsports has established itself as one of the most successful sportscar racing programs in North America over the past decade. A professional team in the International Motor Sports Association (IMSA), it has established long-term partnerships with premium brands such as Lithia & Driveway, Motul, and Hagerty, and is one of the top-performing Porsche customer racing teams in the sport.

About Lithia & Driveway (LAD)
LAD is a growth company focused on profitably consolidating the largest retail sector in North America through providing personal transportation solutions wherever, whenever, and however consumers desire.