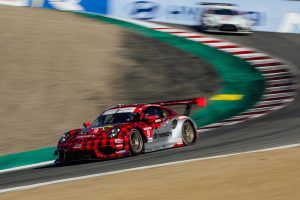 Salinas, CA. (May 3, 2022) – After qualifying the No. 9 Pfaff Motorsports Porsche 911 GT3 R on pole the day prior, drivers Mathieu Jaminet and Matt Campbell controlled Sunday’s IMSA WeatherTech SportsCar Championship race from flag to flag en route to the team’s second victory of the season, and its second victory at Laguna Seca in consecutive years. 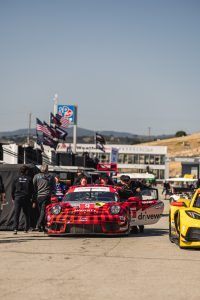 Jaminet – in his IMSA debut at WeatherTech Raceway Laguna Seca – pulled the Driveway Porsche ahead of the GTD Pro class before handing over the car to Campbell with an hour remaining. Together, the drivers led all but five laps of the race. Their performance was aided by Pfaff Motorsports’ strategy – particularly with tire degradation – which was executed to precision, as well as perfect pit stops from the crew. 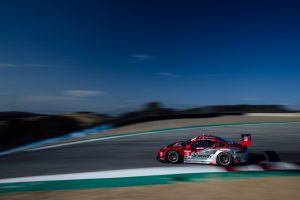 As a result, the team and drivers have regained the GTD Pro championship lead after four races, with a margin of 50 points, and enter the class’s six-week racing hiatus on a high note. 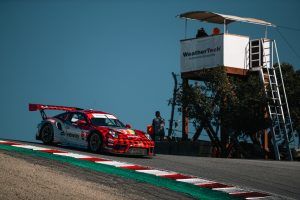 The fifth round of the season, the Sahlen’s Six Hours of The Glen, is scheduled for Sunday, June 26, at 10:40 a.m. ET. Endurance driver Felipe Nasr will rejoin the team for the event, in which Jaminet and Campbell finished top-five in last year’s GTLM class, and Nasr finished fourth in the DPi category. 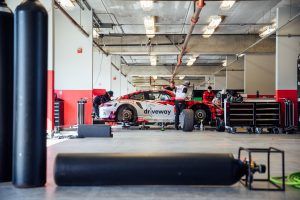 Matt Campbell: “First of all, big congrats to Driveway, our title sponsor and their first ever win in motorsport. It was a really nice day for them and it’s also their home race, so that really tops it off. I must say, the team did a fantastic job. An absolutely flawless race once again, especially in the pit stops. It might have looked easy, but trying to manage the tire life around here is difficult at times – and I think it helped in the last stint with the cars behind battling. That made it look even easier. Today was a really great day for Driveway and Pfaff Motorsports.”

Mathieu Jaminet: “I think it’s been a perfect day, a perfect weekend. We just improved over the weekend with the pole position and had a clean run today. Mega car from the Pfaff guys, and the second win of the season, so we’re back in the championship and fully confident now that we have the break before Watkins Glen. It’s good to finish on a high for the first part of this season.”

Steve Bortolotti, General Manager: “The race was absolutely incredible. It was a textbook effort from the team, and we led pretty much every lap aside from when the pit stop cycles were going. I didn’t think that it would go this way; we came into the weekend just wanting a podium and to get ourselves back on track after a couple bad races in a row. But Mathieu and Matt did an unbelievable job, and the guys in the pits were absolutely perfect. We called a great race and the car was in the perfect window for the long run, so it was perfect execution by the Pfaff crew and we couldn’t be happier.”