Pfaff Auto | Blog | The ID.4 is the tipping point for Volkswagen, and for mainstream SUVs

The ID.4 is the tipping point for Volkswagen, and for mainstream SUVs 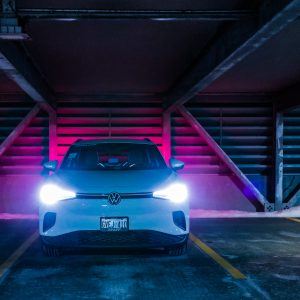 Volkswagen isn’t new to electric cars. In fact, as far back as 2014, the German brand was selling an electric Golf in Europe, with the E-Golf launching in North America in 2017. But, given that car’s relatively limited range, and the fact that it was a car when most new-vehicle buyers want an SUV, the E-Golf has always been a niche player in the lineup: perfect for urban dwellers (and delivery services), a small taste of the potential that an all-electric VW would offer. 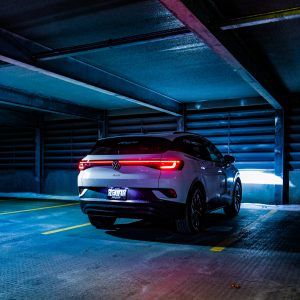 The 2022 ID.4 fulfills that potential – and a whole lot more. A five-seat SUV priced in the mid-forties, it’s aimed directly at the heart of one of the biggest and most competitive segments in the market. It has dozens of potential competitors in both electric and gasoline form, from both mainstream and premium brands; there will be no hiding from any of these players if it isn’t good. Fortunately, the ID.4 is very competitive indeed – and also really showcases the advantages of going electric – not just in terms of its efficiency and electric driving experience, but also in terms of its space, versatility, and technology 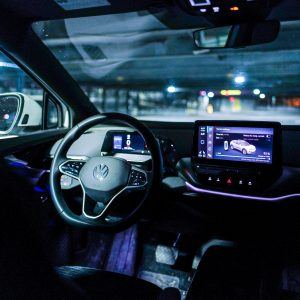 Indeed, full-electric drive is just one of the impressive technologies the ID.4 comes with. A complete set of driver assistance features comes standard, including adaptive cruise control that maintains a safe distance from the car in front; blind spot monitoring; rear traffic alert for improved safety when backing up; and front assist, which watches for pedestrians and can bring the car to a stop if it senses obstacles. These are all features that normally cost hundreds, if not thousands of dollars, as options on similar SUVs, and other than the rear traffic alert being overly sensitive, they all work seamlessly and don’t impinge on the driving experience. 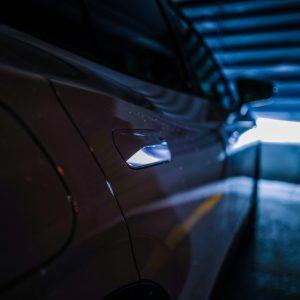 Like all electric vehicles, the ID.4 fast, smooth, and quiet. While the 0-100 km/h time isn’t, on paper, that impressive at just under six seconds, the way it dashes away from traffic lights and zips past slower traffic is more than enough, and way more responsive than any gasoline SUV. Because there’s no transmission, no gears to shift, acceleration and cruising is totally seamless, and there’s no engine revving, buzzing, and grunting – this is the most relaxing VW to drive by some margin. Kudos as well to VW for how well the brakes are calibrated: under normal circumstances, regenerative braking is light; and feels more natural for those coming from gasoline vehicles; a more aggressive mode is available with a simple twist of the shift knob, giving one-pedal driving ability. 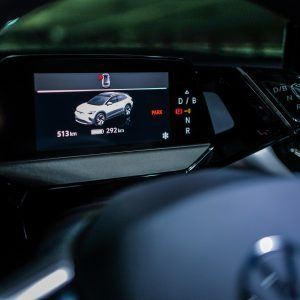 For a midsize SUV, range is actually quite impressive. Most Canadians will opt for the 82-kWh all-wheel drive version, which, by Natural Resource Canada’s estimates, will deliver 386 km in good conditions; the lighter, simpler rear-wheel drive version gives you 400 km. During a very cold few days in February, I saw range estimates closer to 320-350 km with all electrical systems running, seat heater on, and the heat turned up – which not far off what I get from my Golf GTI in similar weather. Owners will mostly charge overnight from a level 2 wall box, meaning they’ll leave home every morning with a full “tank” of electrons. 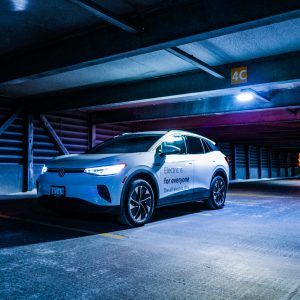 For longer trips, the ID.4 offers 125-kW charging, meaning 5-80% on the right kind of DC fast charger will take about 40 minutes. Every new ID.4 also comes with three years’ worth of unlimited charging sessions on the Electrify Canada network. (Most other manufacturers give you the first 30 minutes for free; VW gives you all of it.) 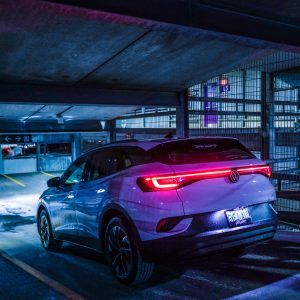 Much like the new Golf GTI and Golf R, the ID.4’s infotainment system is all touch, all the time. A touch screen perched on top of the low-set dashboard unifies controls for setting up the car, the climate control system, navigation, smartphone integration, and driver assistance systems. None of the “buttons” – on the dash and on the steering wheel – are actual buttons anymore; instead, they’re shiny capacitive sensors that are fingerprint magnets, and require you to actually look at them while driving. 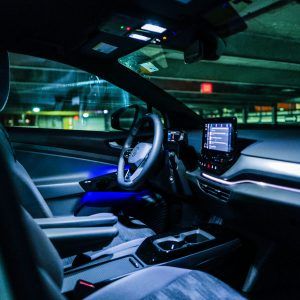 Spend enough time with it, and things start to feel more intuitive, but as a fan of old-school VW interiors with solid switchgear, going forwards felt to me like a step backwards – particularly the window switches, which require you to tap a capacitive switch on the door panel to use the two “front” window switches to operate the rear windows, and the volume control, which is not a knob, but a non-backlit swipey thing. (On the upside, enough time spent with all the setup options can leave you with a car that feels pretty special, and tailored specifically for you, with your preferred shade of interior lighting; doors that unlock when you walk up to them; and customized displays.) 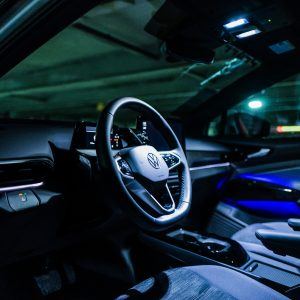 There’s a lot to love inside the ID.4, though, starting with the space. Being built on a dedicated electric platform, with a totally flat floor, no transmission hump, and tiny electric motors instead of an engine requiring a “room” for itself, means that the interior feels almost Atlas-sized, despite the car’s footprint being similar to a Tiguan’s. Room for legs, heads, and shoulders is superb for a vehicle this size, and the seats themselves are awesome – perfectly shaped, supportive around corners, but easy to get in and out of. The rears fold easily, expanding the already-generous cargo space, though they don’t create a flat floor. The console bin has a huge amount of usable space in it. And while the consolidated touch screens may take some getting used to from an ergonomic perspective, there’s no question they help create a superbly calm, uncluttered interior. 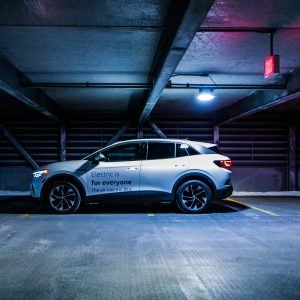 From an affordability standpoint, the ID.4 makes a strong case for itself. Base price for an ID.4 Pro is $44,995, with $49,995 getting you the dual-motor all-wheel drive version. Factor in the $4,400 you get back from the federal government in rebates and you’re looking at about $45,000 for the all-wheel drive version – about the same as you’d pay for a loaded-up R Line Tiguan (which albeit has a leather interior and power front seats). Factor in the rising cost of fuel, and going all-electric means you’ll actually save over the long run – your savings improving the more you drive. Plus, the ID.4 offers more sophisticated technology, a more modern interior with more room, and lower maintenance costs over time, as you won’t have oil changes to do. 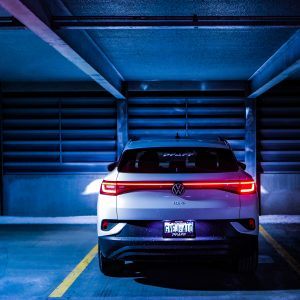 The ID.4 feels like a real tipping point for the Volkswagen brand, and given its capabilities and range, feels almost like the no-brainer alternative if you’re considering a Tiguan, and can set yourself up with charging at your home or office. Volkswagen’s only issue at the moment seems to be not being able to get enough of them to meet the demand that’s already building – no wonder, given how intelligent a buy it is.