Pfaff Auto | Blog | Reminder: You grew up dreaming of a 911 Turbo

Reminder: You grew up dreaming of a 911 Turbo

Pfaff Motorsports General Manager Steve Bortolotti explains why the 911 Turbo S is the ultimate 992 – not the GT3. With photos by Lucas Scarfone.

Being “the racing guy at Pfaff” has always come with a subconscious pressure to consider the 911 GT3 the best Porsche road car in their lineup. Afterall, we’ve raced a variant of a 911 GT3 for a decade, so when someone asked, “what’s your favourite Porsche,” I always felt uncomfortably required to answer GT3 or GT3 RS to ensure I toed the corporate line. Seems silly, right? To feel uncomfortable admitting that a car – which is (and frankly always has been) as close to automotive performance perfection for the road – wouldn’t be my pick? 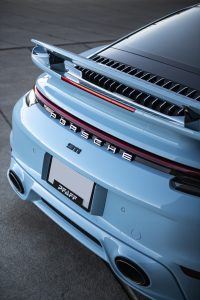 Well, the reality is, a 911 Turbo/Turbo S has always been the ultimate road car for me. Being fortunate enough to spend a good amount of time in the new 992 Turbo S over the holidays has just made all the feelings rush back as to why I would always pick a Turbo over a GT3. It’s understated and comfortable to drive in any weather, yet it still manages to make every merge onto the highway feel like an event that awakens the 12-year-old in me. The best part? You don’t attract a bunch of eyeballs doing it, and you rarely find yourself worrying about anything other than the pure thrill of driving a car with 640 horsepower and 590 lb-ft of torque. After all, isn’t that what experiencing a Porsche is all about? Driver and machine, together as one. 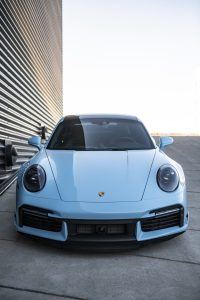 If you’re of the opinion that a GT3 is the greatest Porsche, you probably think I’m crazy. Sadly, the only argument I’m willing to accept is that the GT3 handles better on track. It’s a great (if expensive) toy for the few  days a year of pure driving bliss, when your schedule allows you to get out on track. 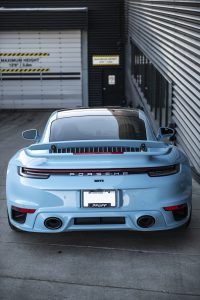 However, ask yourself: when was the last time you just enjoyed driving a GT3 on the street without any concerns? Chances are, you’ve worried about the police hearing your exhaust in sport mode at nearly 9,000 rpm; you’ve cringed at the sound of a large bump resonating through the cockpit; you’ve debated if a driveway required you to use your front axle lift; and you’ve felt that your half-throttle merge onto the highway below 5,000 rpm was not all that exciting. The roads in the Greater Toronto Area and the surrounding cottage communities are certainly nothing like a racetrack – and a GT3 is just too extreme in my opinion to give as much daily enjoyment as a 911 Turbo.

That corner on your favourite quiet road to the cottage, or your favourite ramp in the city, will be the same speed in a 911 Turbo as it is in a GT3 – and without any drawbacks. In fact, the sub-3-second squirt of throttle you actually get on the street is a heck of a lot more exciting in a Turbo, as you work to tame the gobs of torque, while the woosh you hear in the cockpit as the wastegates relieve the boost charge makes it impossible not to smile like a kid. All the while, you haven’t acted grossly irresponsible, awoken any neighbors, or attracted the boys in blue. 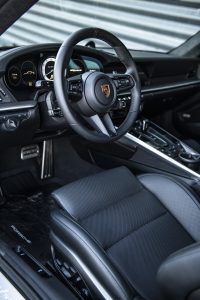 When I drive a GT3, I want to feel like I’m Lars Kern at the Green Hell, claiming every apex as if I’m setting the car’s official lap time at the Ring. Sadly, I lack the talent and a closed circuit to do that on. When I’m driving a 911 Turbo, I can’t help but feel like a badass, and there is no iconic racetrack required to evoke that feeling. Martin Lawrence and Will Smith could have driven an RS America in Bad Boys – but you know that car wouldn’t have had the same effect as the 964 Turbo 3.6.

The Turbo has been an iconic car for Porsche over many decades, and the overall experience it delivers to its occupants, not just the driver, will always be timeless.