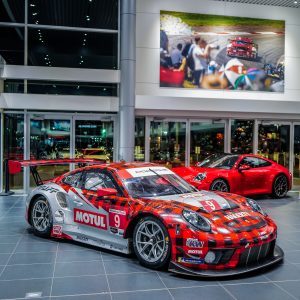 Entering its fourth season in the IMSA WeatherTech championship, Pfaff returns to the series with the fan-favourite no. 9 Porsche 911 GT3 R, also known as the “Plaid Porsche.”

Campbell is a familiar face for the team; he joined the squad previously on two separate occasions, including a win at Road America in 2019, and the 2021 Daytona 24 Hours. The Australian’s accomplishments include a class win the 2018 24 Hours of Le Mans and a colossal effort to capture the Bathurst 12 Hours in 2019.

Partnering Campbell in the Pfaff car for the full season is fellow Porsche factory driver Jaminet, who spent the last two seasons piloting the 911 RSR for the North American factory team, including back-to-back podium finishes at Daytona.

The duo have an extensive working history together in the past, including stints in the IMSA-entered 911 RSR and the 24 Hours of Spa, which will be a great benefit in the team’s first all-pro season.

Newly announced as a Porsche factory driver, Nasr joins as third driver for the endurance events. The Brazilian brings one of the best resumes of any driver in the series. The former F1 driver and GP2 series finalist has spent the last three seasons with the dominant Whelen Engineering DPi program, capturing the 2019 and 2021 drivers titles along the way.

The trio form what is considered one of the strongest driver lineups in the IMSA series’ new GTD Pro class.

Motul returns as a major Pfaff partner in 2022. The French lubricants manufacturer supplies its 300V motor oil, RBF 700 brake fluid, and other critical lubricants to the long-time Porsche squad. Pfaff continues to offer Motul products over the counter at select dealerships, as well as using its 8100 line of OEM-approved lubricants.

Hagerty also returns to the Plaid Porsche as well. Its insurance products are a perfect offering for collectible and exotic vehicles offered by some Pfaff dealerships, while its enthusiast-focused content efforts and events are a great fit for Pfaff’s fan base. Hagerty content is distributed in Pfaff stores, and offered to customers of collectible vehicles.

Joining them on the 911 GT3 R are long-time partners Orlando Corporation, and the Pfaff Porsche and Porsche Markham dealerships, the latter two having been a steady talent pool for past and current members of the Pfaff Motorsports team. 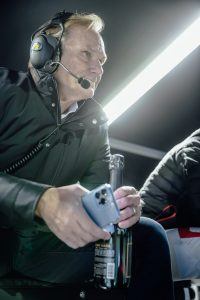 “2022 will be just our third full season in the IMSA WeatherTech SportsCar Championship, and in that short time, I’m incredibly proud of what the whole Pfaff Motorsports team has accomplished, winning four races and the GTD championship in 2021. We’re excited to be taking the next big step, and are grateful for the confidence that Porsche has shown in us. With an amazing driver lineup and a great team behind them, all of the ingredients are in place for a successful season.” 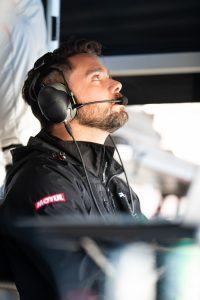 “Our move to GTD Pro signals Pfaff Motorsports’ commitment to become an elite privateer effort, worthy of factory consideration for future opportunities. We are appreciative of Porsche’s support with factory drivers Matt, Mathieu, and Felipe. They have a proven track record of success individually, and we look forward to working with them and seeing how they gel this season.” 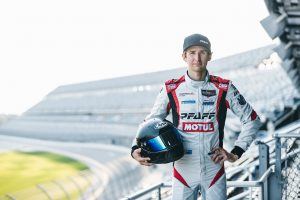 “Firstly, I’m really excited to be joining the team once again, but this time for a full season. They have proven after winning the championship that we will be a force to be reckoned with in 2022. Having driven with the team previously, it will be an easy step already knowing the majority of them, which has a great group of characters. Mathieu and I have been driving together for two years now in most championships we compete in – we like the same things in the car and have the same feedback, so I expect our partnership to only grow further with the team.” 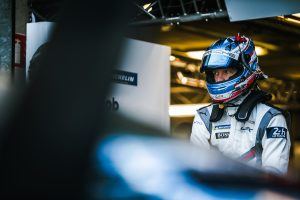 “I’m super happy to be joining Pfaff in GTD Pro. It was really my priority to race full time in the USA in 2022, and to be racing with the reigning GTD champions is a privilege. The team showed great performances this season and I can’t wait to get it started at Daytona. Matt and I know each other really well and we’ve already had some good success. This should help us to perform straight away. We like the same things on the car and have the same feedback to push the team. He also knows the team so this will help me integrate quicker with everyone.

“[For the season] our goal is clear; we’ve got all the ingredients to be up front, so the target is to try and win the championship. Obviously we are always looking at the big races, so Daytona and Sebring are also on top of my list. Let’s see what the year has got for us.” 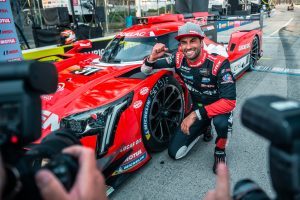 “I’m very excited to be joining the Porsche family and team Pfaff ahead of the 2022 season. I always love going to Daytona and having a shot of winning the Rolex 24; this time will be completely new to in the GTD Pro class. Hopefully it will a smooth transition and a fast learning process with the help of my well-experienced team mates Matt and Mathieu.

“The prototypes have a special place in my heart, having won two IMSA championships. Adjusting to the driving style of a GT3 car will be the main thing, like the cornering speeds and braking zones. I’m really looking forward to start working with everyone within the team and getting the most out of it –  as a racer I’m always up for a new challenge. Off-season, I’m spending a week completely offline fishing in the Amazon and enjoying some laid-back days in the jungle – something I try to do once a year at least.”

The Pfaff team is hard at work preparing for 2022 IMSA WeatherTech season, which starts at the Roar before the 24 preseason test at Daytona International Speedway from January 21-23. Round one and the biggest race of the season gets underway just one week later, as the Rolex 24 Hours at Daytona takes place from January 27-30.