Pfaff Motorsports storms from back to win at VIR 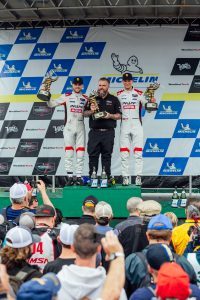 In arguably the team’s most crucial victory, Pfaff Motorsports captured its fourth win of the 2021 IMSA WeatherTech season after starting from the back of the field in the penultimate round at VIRginia International Raceway (VIR) this past weekend. 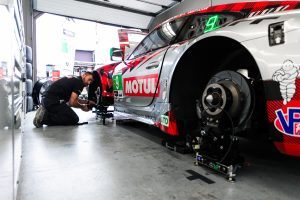 The win puts the Canadian-based Porsche team at the top of the IMSA GTD standings with a 50-point lead heading into the final 10-hour Petit Le Mans enduro next month. 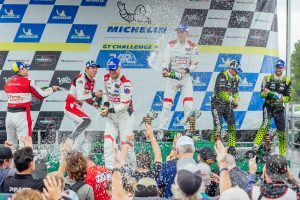 The condensed event at VIR saw Pfaff take part in a two-day weekend, with two practice sessions and position and points qualifying on Friday. 2019 GTD Sprint champion Zach Robichon (CAN) had a rare spin in positional qualifying. This was followed by a procedural error by the team in pit lane, resulting in a disqualification that relegated the team to the back of the field, removing co-driver and Porsche factory driver Laurens Vanthoor (BEL) from the points-earning portion of the session. 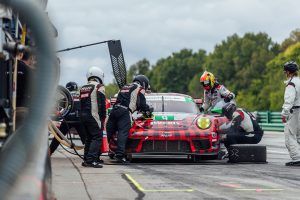 Starting from 13th in class for Saturday’s 2-hour and 40-minute sprint, Robichon quickly righted Friday by jumping three positions on the opening lap, then another position in each of the following three laps. Sitting seventh in class for four laps, the Canadian continued his charge by running the Pfaff-Motul Porsche 911 GT3 R as high as second during initial round of pit stops on lap 29 of 85, before handing the car to Vanthoor during a lightning-quick pitstop on lap 31. 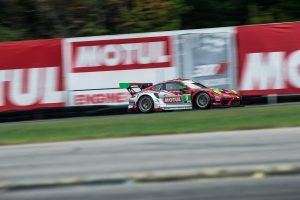 The Le Mans winner continued to power the no. 9 “Plaid Porsche” through the field, when an opportune caution on lap 44 saw the Belgian dive back into the pits. The Pfaff crew once again put in a stellar stop for fuel and all four tires, and Vanthoor exited, vaulting into second by lap 48, then into first on lap 53 when the competing Lamborghini was in the pits. 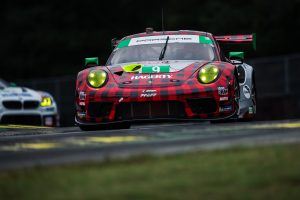 Running in second after the team’s final pit stop on lap 72 of 85, Vanthoor pushed the Pfaff Porsche to its maximum, and set a fastest time of 1:45.034 on lap 78 ­– providing the opportunity to capitalize on a late-race incident involving the lead BMW. Vanthoor slipped by for the lead with just seven laps remaining. 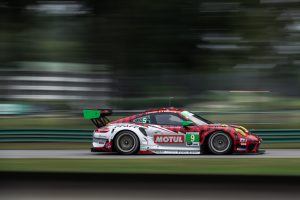 The Belgian held steady for the remainder of the race, crossing the finish 2.755 seconds ahead of the competition to give Pfaff Motorsports its fourth win of the season and third in the last four races. 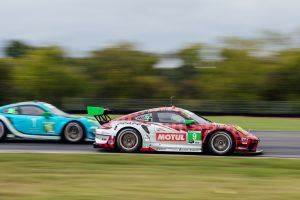 The result puts Pfaff at the top of the GTD standings with a total of 2,938 points and extends Porsche’s lead in the manufacturers championship to 72 points (3,077 total). It also stands just one point back for the four-round Michelin Endurance Cup. 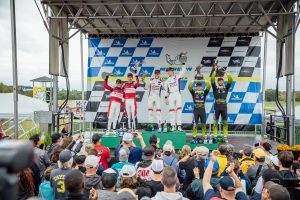 Pfaff returns to the track for the final round of the 2021 IMSA season at Petit Le Mans from November 11 to 13, where it looks to secure its first ever IMSA Weathertech championship. 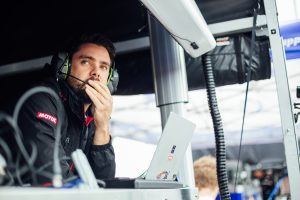 “This was a total team effort from top to bottom. [Friday] was one of the worst days we’ve had as a team and everyone stepped up for the race. Zach had an insane, insane first stint, making up tons of ground. The crew absolutely rocked it on the pit stops. They were on another planet. I am so proud of the Pfaff team. This was a complete team win. I can’t think of a better time to be peaking than right before the final race at Petit Le Mans.” 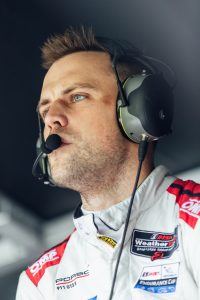 “This was an all-out team effort. There was no better example of teamwork than this. We made a mistake on Friday, but we came back twice as hard. Pit stops got us to the front and around a lot of cars really early. It was tough. I really didn’t think I would be able to keep up with the BMW, but I did. We had a chance to show we are worthy of being champions. There are 10 hours of racing still to go but we will do our best and we will get the result.” 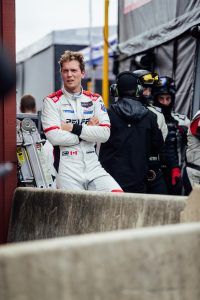 “On Friday, we looked at ourselves. I made a mistake; the team made a mistake. We looked at [the race] as an opportunity to prove why we deserve to be champions. Laurens made a great point, that sometimes you don’t win a championship by everything going your way. And when things look down, that’s when people set themselves apart. That’s what we did. Everybody executed perfectly. The pit stops were unbelievable. The race was a lot of fun. As much as you hate starting at the back, you kind of enjoy starting at the back ­– it can only go one way. There was a sense of urgency at the start. Our championship rivals were ahead of us, so as far as I was concerned there was no time to waste, so…go.” 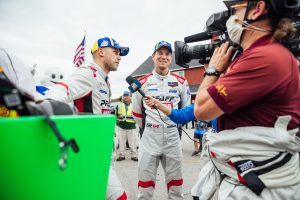