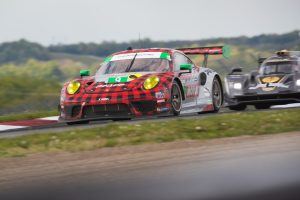 VAUGHAN, ON, May 18, 2021 // It was a weekend of ups and downs for Pfaff Motorsports at the third round of the IMSA WeatherTech SportsCar Championship at Mid-Ohio.

The team entered the weekend third in the GTD standings after an impressive win at the 12 Hours of Sebring in March, and showed great pace throughout practice and into qualifying, despite the Motul Pfaff Porsche 911 GT3 R being allotted a 20-kilogram balance of performance adjustment following Sebring.

Mid-Ohio also marked the first sprint race for regular-season drivers Zach Robichon (CAN) and Laurens Vanthoor (BEL), and entering Saturday qualifying, the duo placed the car sixth in position and third in points respectively, before a surprise ride height infringement disqualified the results from the session, relegating them to the back of the grid for Sunday’s race.

Robichon was behind the wheel at the green flag on Sunday’s two-hour and 40-minute sprint, and decisively vaulted four positions by the second corner. He extended his first stint through fuel and tire management, and also pushed the pace of his competitors, entering the pits in second before handing the GT3 R to Vanthoor at the one-hour, five-minute mark. 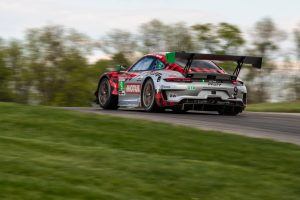 The Belgian driver exited the pits in eighth, and continued to chip away at the leaders, until an untimely caution three laps later forced a pit lane closure with the GT3 R still on track, forcing Vanthoor to fight from the back of the pack once again.

When the race returned to green on lap 58, Vanthoor wasted no time pushing through the field, climbing back into sixth and clocking the team’s fastest lap of the race on lap 87, where the team would hold steady before crossing the finish on lap 111. 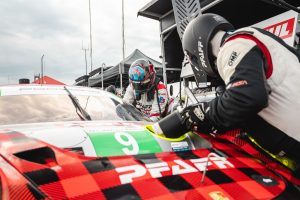 “It was definitely a gutsy weekend – I think that would be the best way to put it. We had a technical issue during qualifying that meant we started from the back. We had great strategy, but an unfortunate yellow at the wrong time just basically ruined our race.

“But, with Laurens jumping from 10th to sixth after that point – that’s all we really could have asked for given the situation. We did well as a team to dig our heels in, and salvage what we could from what could’ve been a pretty detrimental day in the overall championship.

“What’s important is we made up some ground on some of our competitors and we’ll continue to fight hard at Watkins Glen.” 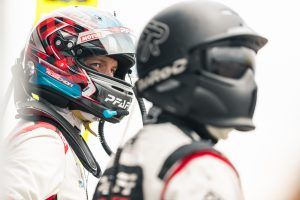 “From the beginning of the weekend we worked really hard to get the car where we wanted. We struggled a little with the setup, but the team did a great job in qualifying. We had a decent car – not perfect, but with the limited track time, we got it in the ballpark.

“And unfortunately with qualifying, we were hit with that disqualification, which put us at the back and was really just a freak thing – but we knew with the right strategy and execution, we could put up a good fight during the race.

“We had a really good race start and were looking great on strategy. Being able to go long, we were looking at a top-five at the least, but getting caught out by the yellow, the cars that were behind us that we had a fuel advantage on, they were able to pit and we couldn’t, so basically we got stuck at the back of the line again. Larry (Laurens) was able to jump us back up into sixth position, so all in all, given our initial goals and not much going our way, it was really all we could ask for.” 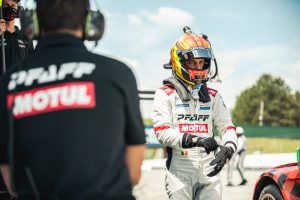 “In the three weekends we’ve raced, I think this is the one we struggled with most. Obviously with the disqualification in qualifying, we had to do something with strategy which was working great until the yellow came out.

“From there, I just tried to make my way back up, but it was just very difficult to find more pace or room to pass. I’m a bit disappointed, I’m not going to lie, but we’ll have a look back and see where we can improve and do better next time.” 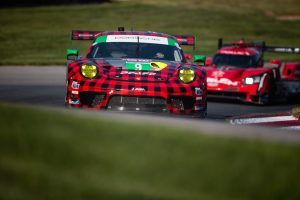 Pfaff currently sits fourth in the GTD team and drivers’ championships, just two points out of third and 48 points from first. The team will return to championship action on June 24-26 at the Sahlen’s Six Hours of the Glen at Watkins Glen International, where endurance driver Lars Kern (GER) will rejoin the squad for the third of four North American Endurance Championship rounds.