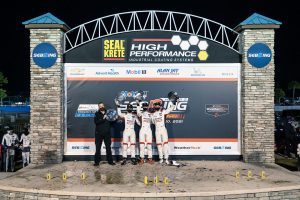 VAUGHAN, ON, March 22, 2021 // With a determined effort, Pfaff Motorsports captured its first-ever victory at the 12 Hours of Sebring, winning the GTD class in the plaid-liveried Motul Porsche 911 GT3 R after starting the race from the second-to-last position. 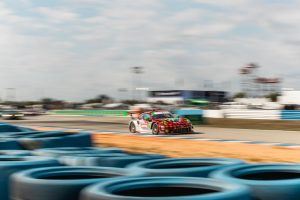 Drivers Lars Kern (GER), Zach Robichon (CAN) and Laurens Vanthoor (BEL) entered the weekend with high hopes following the team’s pace during round one of the IMSA WeatherTech SportsCar Championship at the 24 Hours of Daytona. 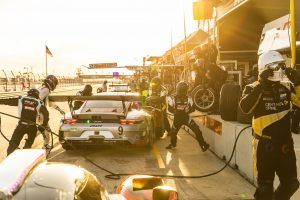 The team set the fastest time in GTD in Thursday’s final night practice, but in Friday’s all-new, two-session qualifying format, Canadian driver Robichon encountered an ABS issue during session one and was unable to put in a time, qualifying in last position for the race. After re-starting the car, Porsche factory driver Vanthoor piloted the GT3 R to second on the charts in the second qualifying session, scoring vital championship points and reinstating confidence ahead of the 12-hour race. 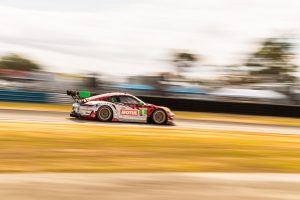 The team wasted no time at the wave of the green flag on Saturday; Robichon jumped four positions on the first lap, then another two more by lap six. By the three-hour mark, the team had climbed to third position. 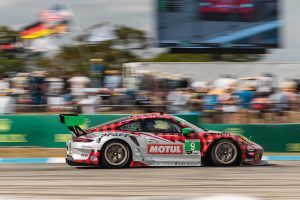 The Motul-sponsored 911 GT3 R continued to race strong as the sun set, allowing the team to operate its strategy for the remainder of the race until Vanthoor crossed the finish line at the 12th hour on lap 320. 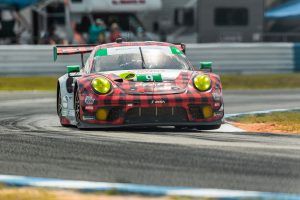 The win marks the team’s first 12 Hours of Sebring victory in just its second appearance. 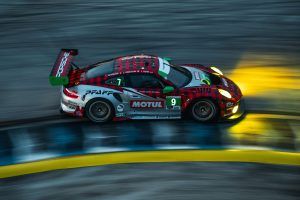 From my childhood I have followed endurance racing, and of course the 12 Hours of Sebring. This win is very personal to me – and the spirit of competition extends from this race to our teams’ professional and passionate work in all of our automotive businesses, especially our long and successful partnership with Porsche. Thank you to all of our teammates, partners, and fans for sharing in this victory. 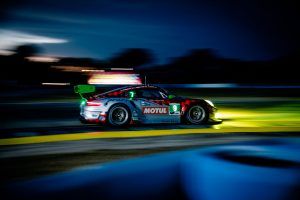 This weekend went according to plan, from start to finish. We knew coming into the race we would be starting behind our competitors because we haven’t raced here since March 2019, but our engineering staff had a great game plan, and our technicians prepared the car to perfection at the shop to withstand the abuse of 12 hours at Sebring – and kept it perfect throughout the weekend. 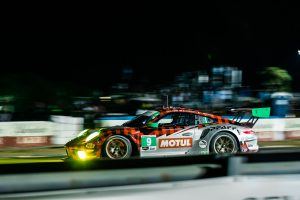 We made minor changes through practice, and got the car into the window quickly where we felt the car would be strongest at night. From there, the team executed a perfect race and I couldn’t be happier with the result.

The GT3 R was set up to be fast at night, so Lars and Zach, who did the majority of driving during the daytime, were absolutely incredible. They took care of the car, and both drove the best I’ve ever seen them perform. Once the sun was down and [Laurens] got in, we were blessed with watching one of the greatest drivers on the planet wheel the Pfaff-Motul Porsche to victory.

This team has persevered through so much since March of 2020 to get this program back on track in 2021, and that made this win feel that much sweeter. We would like to thank our amazing partners for sticking by us through all the turbulence of the last 12 months, and we look forward to an incredible IMSA season in 2021.” 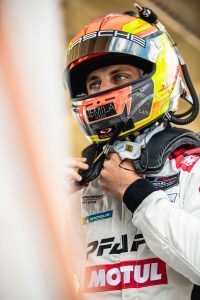 At Daytona, we had a really good car, but we all made some mistakes – but we brought that same preparation here and had a race with zero mistakes.

Sometimes you have races that go textbook and almost perfectly according to plan – this was absolutely one of those races. t was a great execution by the entire team and Lars and Zach drove great. It’s an amazing achievement for everyone involved.

We just won the race – it’s kind of unbelievable! We knew from the beginning we had a strong car, but in a 12-hour race you literally have no idea what’s going to happen. But everybody just did a phenomenal job. The crew was like clockwork on the pit stops, and Lars and Larry didn’t put a wheel wrong – none of us did. This was really a team effort and I couldn’t be happier for everyone at Pfaff. 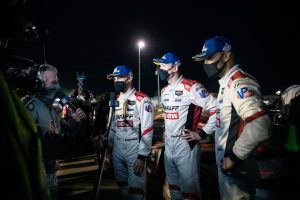 It’s unbelievable to win the 12 Hours of Sebring. This is one of the biggest sports car races in the world. The team deserves exactly that – they were working so hard last year and we didn’t race much. Everybody did a perfect job. We saved the best guy for the end, and Larry (Laurens) finished the job. 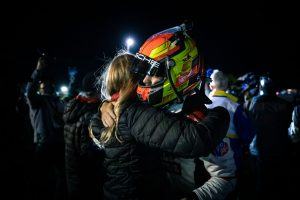 Pfaff Motorsports returns to the track on May 14-16 for round three of the 2021 IMSA WeatherTech SportsCar Championship at Mid-Ohio. For event info, visit www.IMSA.com.