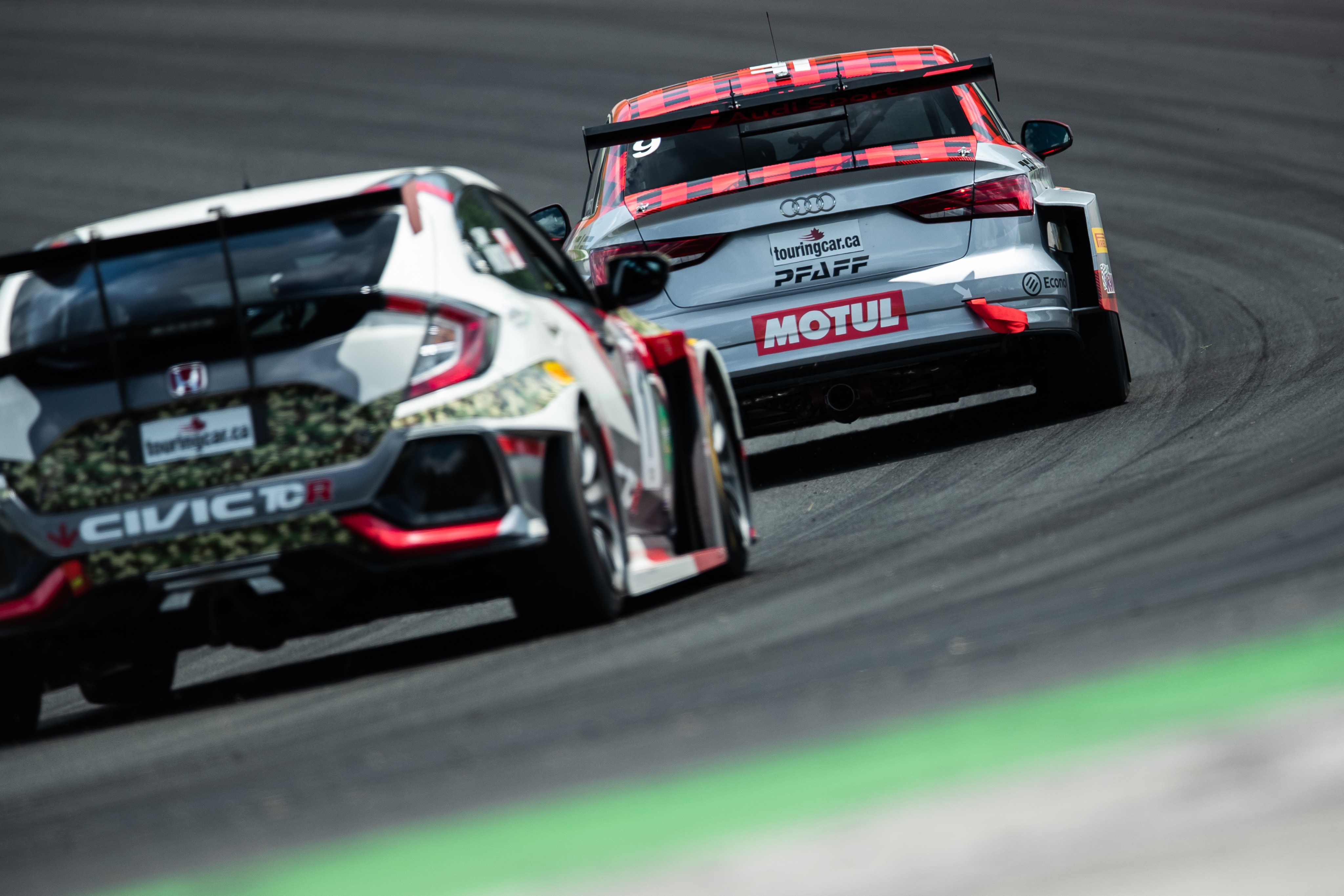 It was a successful return to the track for Pfaff Motorsports in the first weekend of the 2020 Canadian Touring Car Championship season. Debuting the plaid-liveried Motul Audi RS3 TCR with 17-year-old Sudbury native Zachary Vanier, it marked Pfaff’s return to CTCC for the first time since 2013, and was capped by a scintillating drive by Vanier to take the team’s first win of the season at Canadian Tire Motorsport Park. 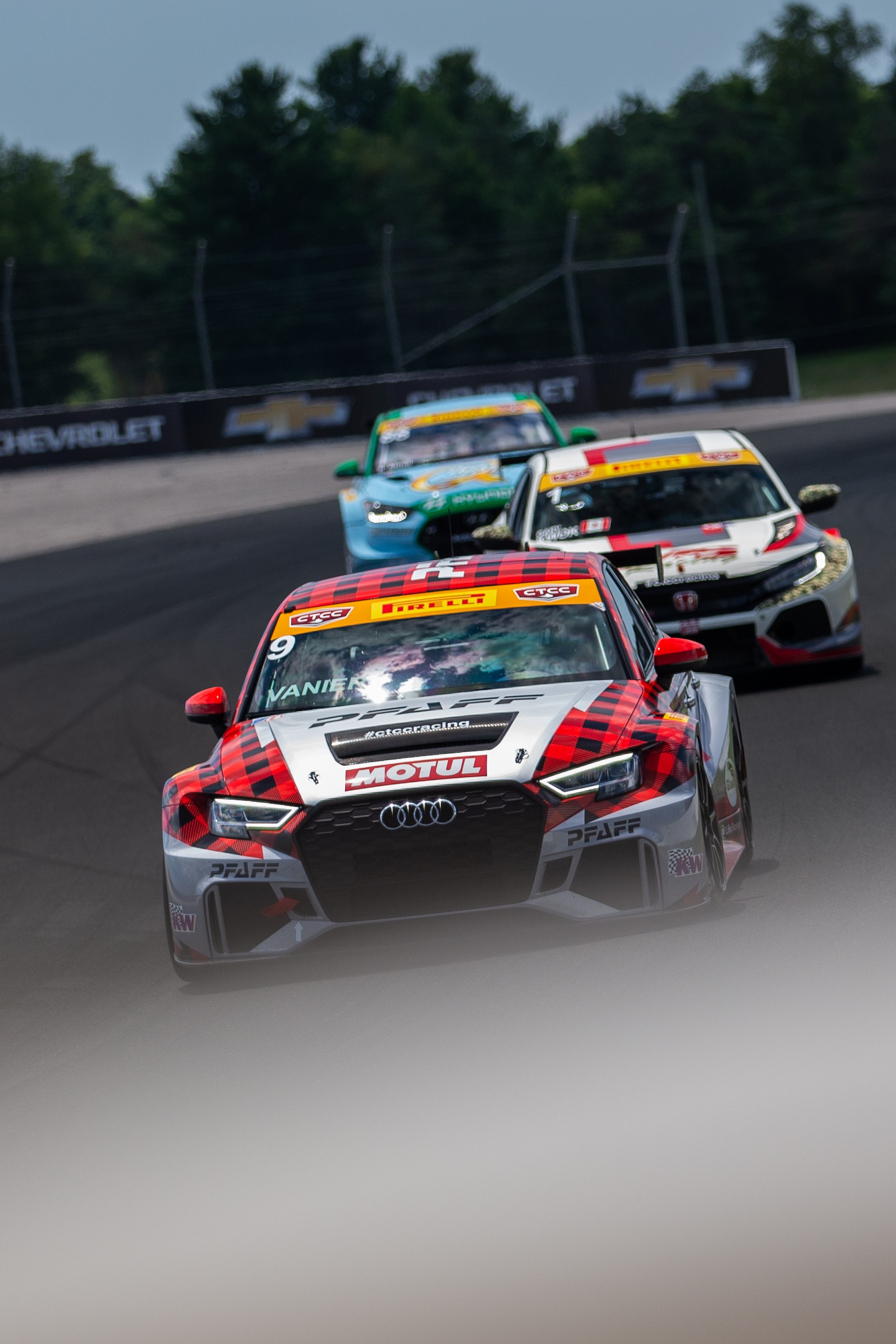 The team arrived at the track on Friday for testing ahead of the condensed two-round, two-day CTCC opener taking place on Saturday and Sunday.

Vanier kicked off the season by qualifying the RS3 on the front row of the grid for round one on Saturday, continuing his impressive pace from testing and carrying it through to the race. Battling in the lead pack for the majority of the race, the Canadian suffered a late-race puncture that saw him fall down the order and looking for redemption for round two. 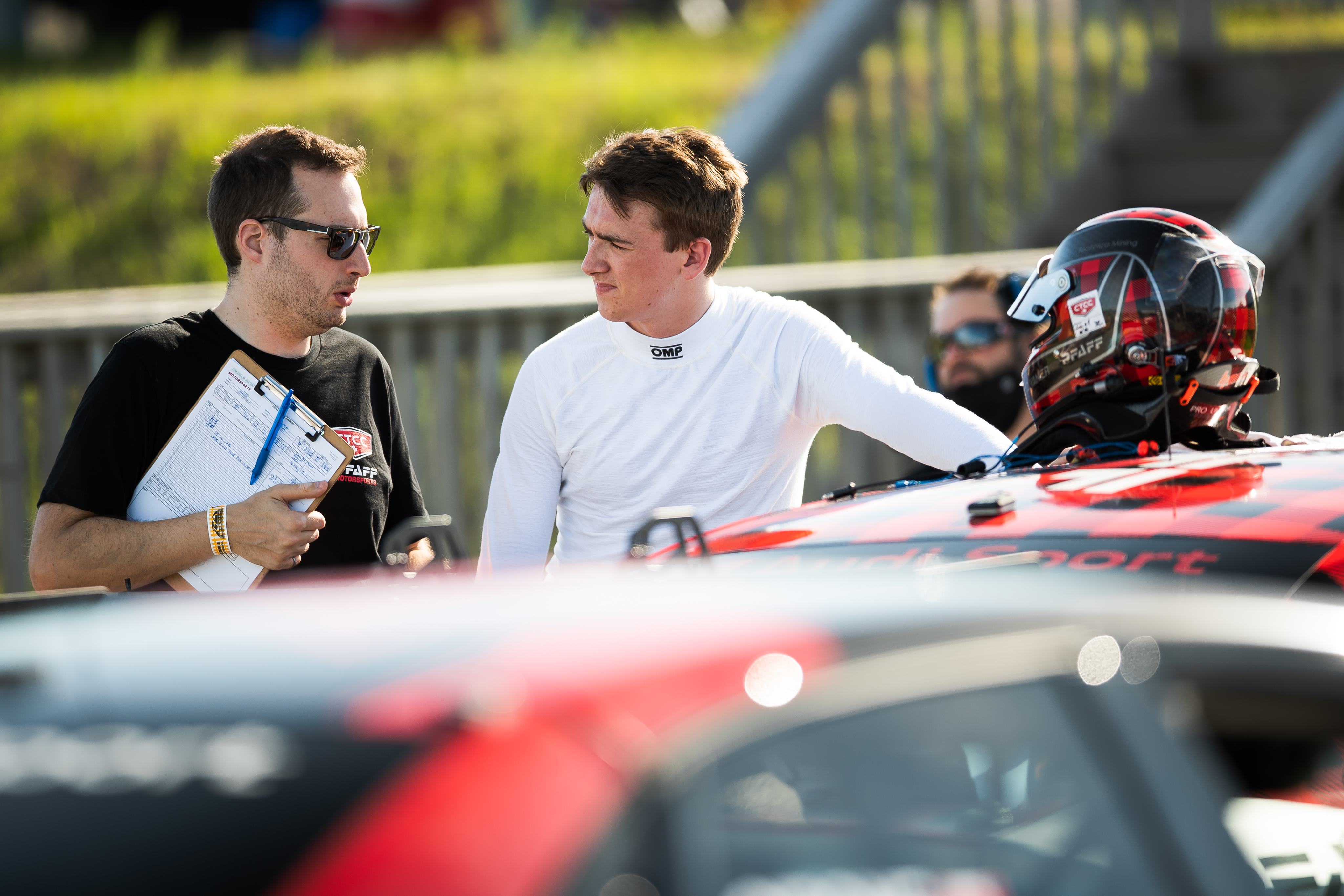 The young driver came back with a vengeance on Sunday by qualifying on pole. Throughout the race, Vanier was engaged in a tight fight with M&S Racing driver Gary Kwok, with the two exchanging the lead several times. A clinical effort by Vanier saw him cross the line in a photo- finish victory by just 0.065 seconds.

“It was a very good weekend for everyone on the team,” Vanier said. “Going into it, we didn’t fully know what to expect with the new series and new competitors, but it was a great first outing and with some great battles on track. To come back after the first race with a victory is a huge testament to the team and the effort we’ve all been putting into this. This is a great opportunity for me in my driver development, so I’m really happy we were able to put it all together and come away with our first win.” 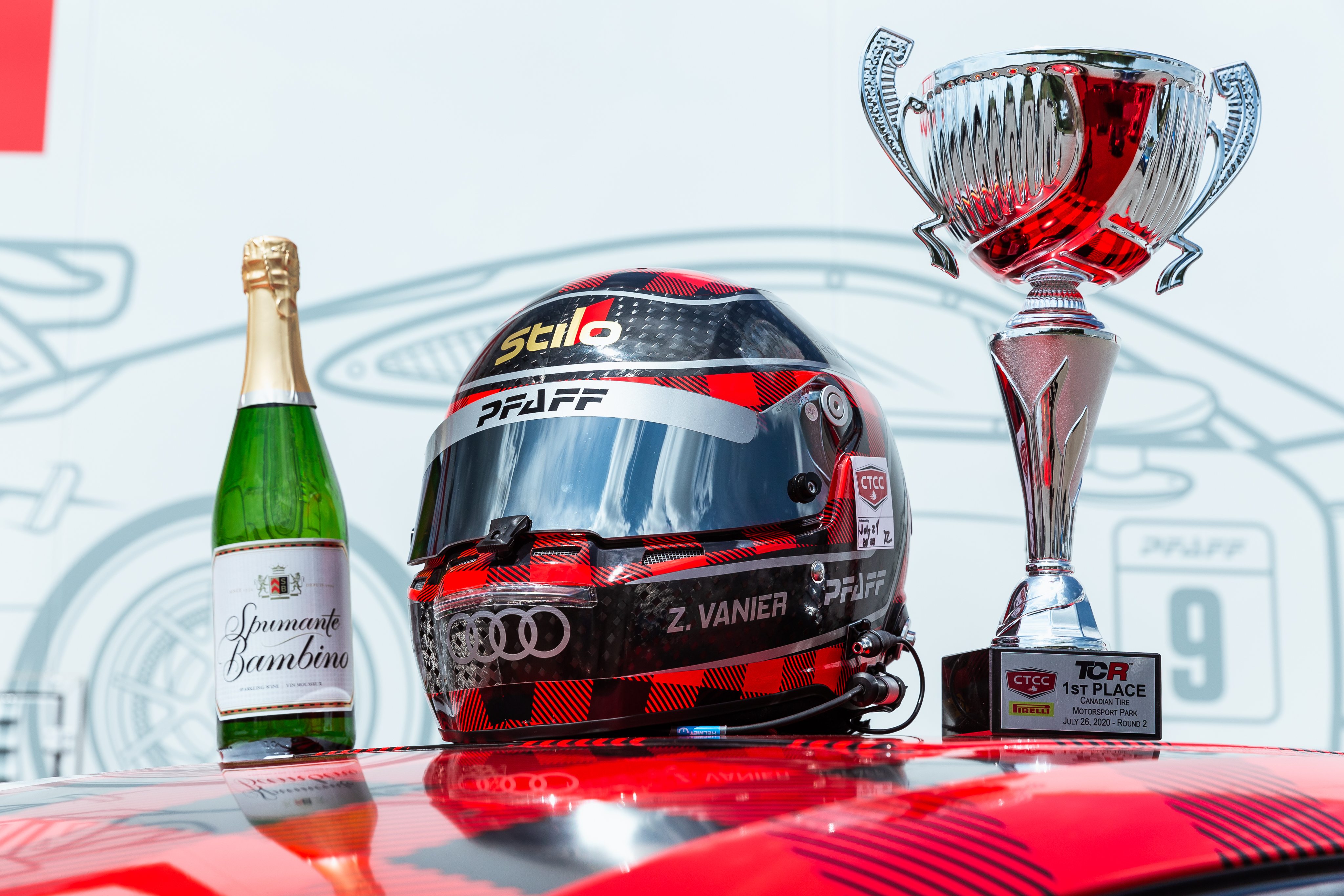 Team manager Steve Bortolotti was equally impressed with his new driver and the team’s execution throughout the weekend.

“This was a great return to the track,” Bortolotti said. “Coming into a new series, we’re really impressed with the level and closeness of on-track competition, so it was a good challenge for Zach and the entire team to perform at our best.” 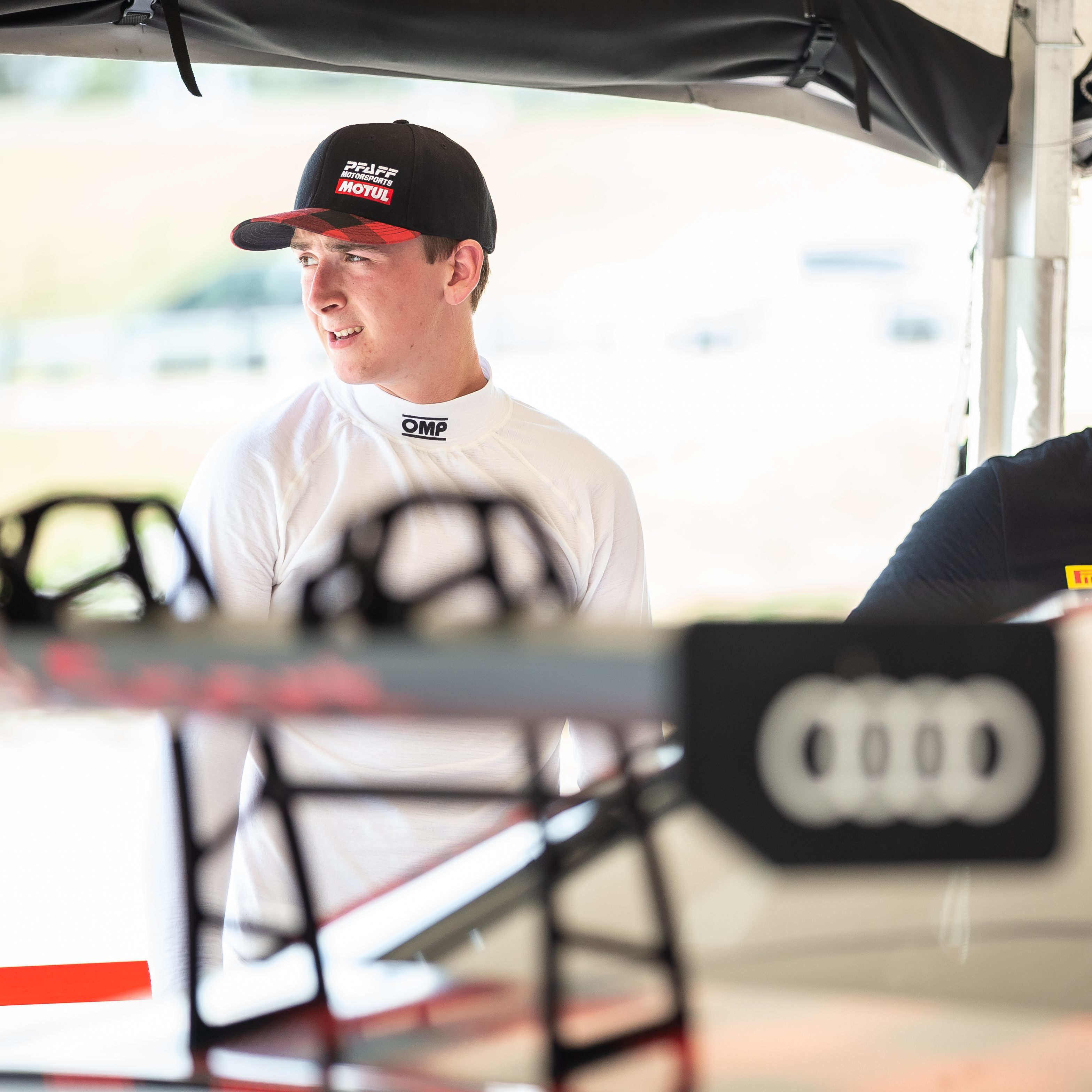 The commitment and maturity exemplified by his rookie driver was also a big takeaway as part of the team’s ongoing driver development program.

“Zach’s turnaround from Saturday’s result was a big positive,” Bortolotti said. “Throughout this entire process, he has been very focused on learning and improving as a driver, and his composure and ability to rebound for race two was evident of that. He’s taking his development and this opportunity very seriously, which has been great for everyone and will only help him in the long run, We’re looking forward to continuing to help him grow as a driver.” 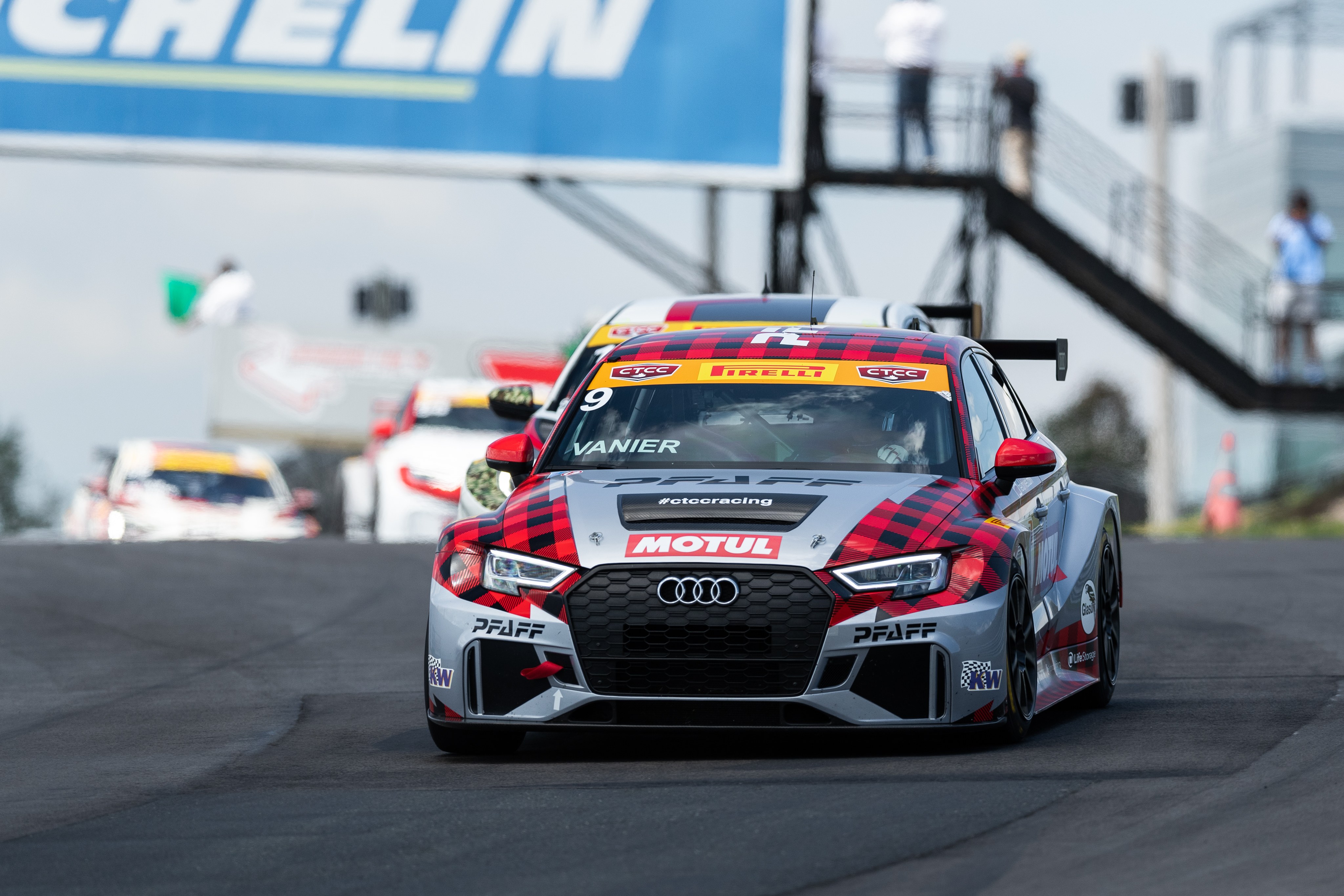 Vanier credits the entire team at Pfaff Motorsports for introducing him to the nuances of professional motorsports that the group brings.

“Testing was a great start, because it allowed us to bond and create some chemistry together, and I think that really helped this weekend,” he said. “Zach (Robichon) is a great driver coach – probably the best one out there, and he’s really helped in his advice and ways to make me better. Andrew (Marangoni) is a fantastic engineer and knows exactly how to set the car up, and Corey (Whiteman) is an awesome mechanic – he knows what he’s doing. Steve (Bortolotti) has put together a great team here and has made things really easy for me, which allowed for my success, so it really wouldn’t have been possible without them.” 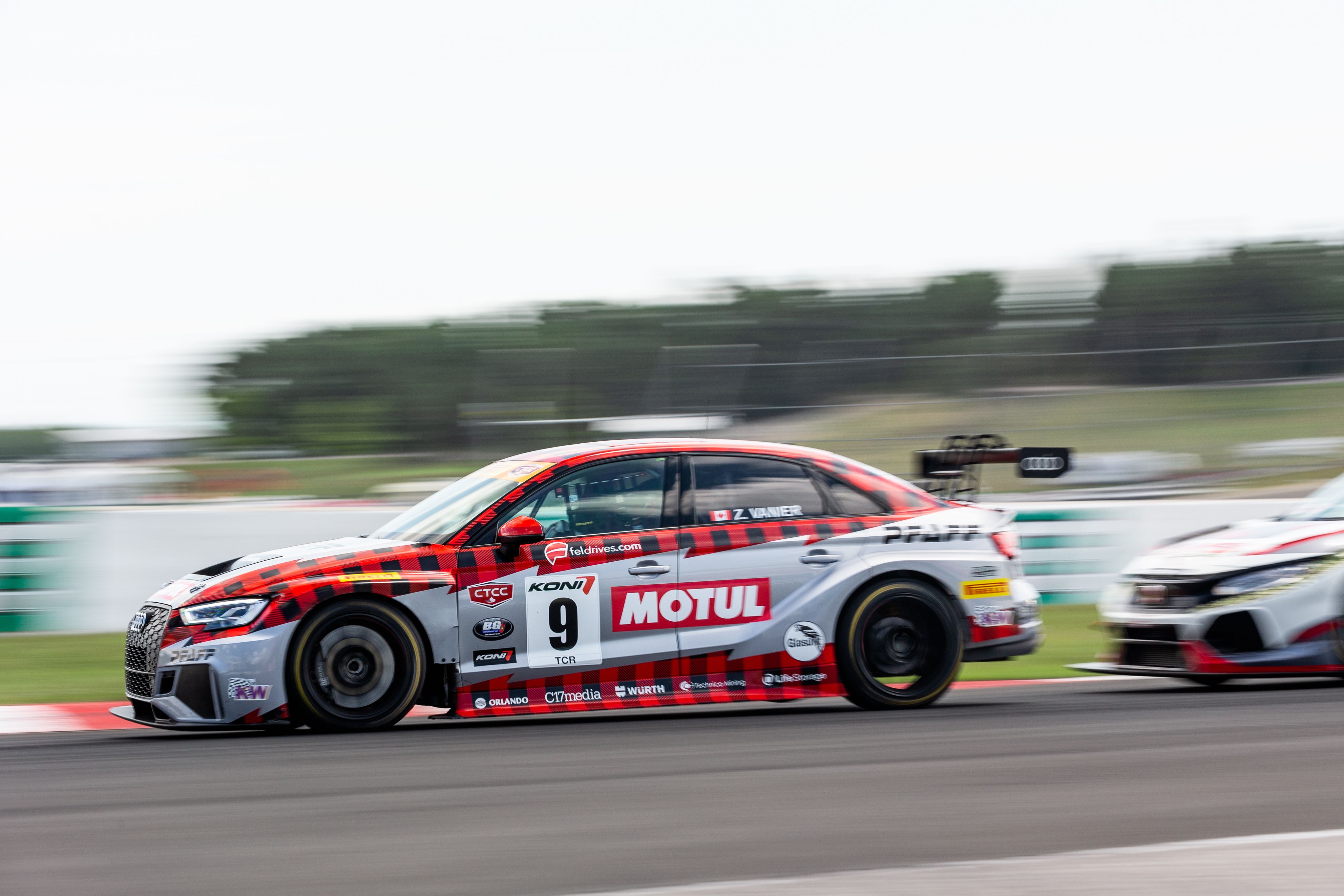 The team has a three-week break before returning to CTCC action with rounds 3 and 4, taking place at Shannonville Motorsport Park from August 14-16. Vanier currently sits fourth in the standings, with the top spot well within striking distance. For the full standings, schedule, and series information, please visit www.touringcar.ca

Stay tuned for further announcements from Pfaff Motorsports regarding the 2020 IMSA and CTCC racing seasons.