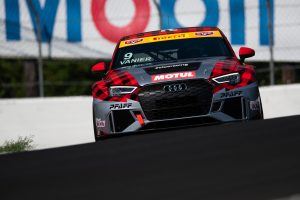 The announcement comes following Canada/U.S. border complications as a result of COVID-19, which has rendered the Canadian-based team unable to participate in the ongoing IMSA WeatherTech SportsCar Championship in the U.S., for the time being. 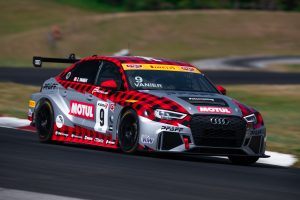 Pfaff Motorsports team manager Steve Bortolotti says that while the team was hoping to fight for the overall IMSA GTD championship this season, it’s looking forward to another challenge and a new platform in its home market.

“Unfortunately crossing the border isn’t an easy thing for us to do,” Bortolotti said. “A large number of our team members also work at our dealerships, and because of our quarantine measures in Canada, it would make it nearly impossible to travel back and forth right now. I think we’re really making the most out of a difficult situation. Racing in CTCC is a great opportunity to give a young driver – who showed extremely well in karting and F1600 – a chance to work with a pro team and get experience with a great driver coach and engineer, and all of the team that works on our GTD program.” 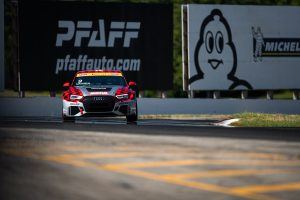 Driver development has become synonymous with Pfaff over its racing history, and continuing that trend, Pfaff IMSA GTD driver and 2019 IMSA GTD Sprint Cup Champion Zach Robichon (CAN) has shifted to coaching responsibilities with Vanier, working closely with engineer Andrew Marangoni to create a program to give his young countryman an edge.

“It’s exciting that we’re all back together,” Robichon said. “As much as it’s a different kind of racing, it feels like we’re back home, and Zach Vanier has already shown some great promise and very strong pace. This is a great way to pass along experiences and knowledge, and it’s been really rewarding to see him get better and better. Combined with a new car for us to learn, it’s re-ignited the strong work ethic with all of us.” 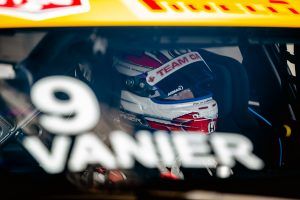 Vanier’s successes have followed him throughout his young career (most recently collecting 17 podiums in 18 races during the 2019 F1600 Canadian championship season), and the Canadian hopes to make the most of his opportunity with Pfaff.

“Racing for Pfaff is a very big step in my career,” Vanier said. I’m very thankful to be able to race with this team – it’s a great group and everybody is just positive and friendly, so coming in here felt like home right away, which has made everything a lot easier.”

When asked about his personal goals for the season, Vanier plans on picking up right where he left off in 2019.

“I’m definitely coming in with some pretty high goals,” he smiled. “We want to win the championship – that’s where my sights are set. We’re going to do everything we can, and work as hard as we can, to achieve that.” 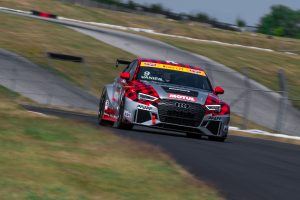 Pfaff’s partners for the GTD program have all joined the CTCC effort. Motul returns as title sponsor on the plaid-liveried RS3; automotive learning and promotion specialists FEL, owners of the vehicle, also return alongside Wurth, LifeStorage, C17 Media, Orlando Corporation, Econo Petroleum, KW Suspension, and Glasurit. Technica Mining has also joined the team as a new sponsor for the CTCC program.

The 2020 CTCC season kicks off on July 25-26 with Rounds 1 and 2 from Canadian Tire Motorsport Park. The three-weekend, six-race schedule follows up with Rounds 3 and 4 at Shannonville Motorsport Park from August 14-16, and concludes with Rounds 5 and 6 at Calabogie Motorsports Park on August 28-30. For the full schedule, viewing, and series information, please visit www.touringcar.ca

Motul is a world-class French company specialized in the formulation, production and distribution of high-tech engine lubricants (two-wheelers, cars and other vehicles) as well as lubricants for industry via its Motultech activity. Present in more than 120 countries, Motul USA was established in 1989 as a subsidiary of Motul France and is based in Southern California. Motul is recognized as the specialist in synthetic lubricants. As early as 1971, Motul was the first lubricant manufacturer to pioneer the formulation of a 100% synthetic lubricant for automotive engines, the 300V lubricant, making use of Esters technology from the aeronautical industry.