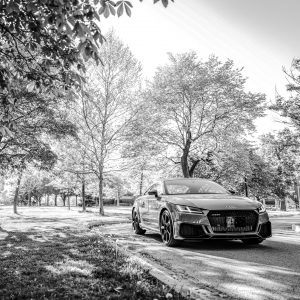 For most of its life, the Audi TT has been a design icon more than it’s been a sports car icon, but it’s also a car that deserves far more credit than it gets as a driver’s tool. Set aside the unmistakably geometric shape – earth-shattering in 1999 when introduced, and a couple of generations later, still a standout today – and you have a perfectly-sized, relatively-lightweight, very responsive sportster. One with instant responses, staggering cornering grip, and impressive levels of performance. 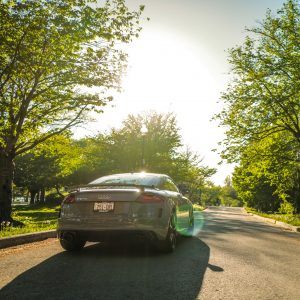 The TT RS, introduced in the previous generation, and further enhanced in this latest model, has always stood at the top of the TT tree; its turbocharged, direct-injection five-cylinder engine a knowing nod to the original and all-dominating quattro rally cars of the eighties, its distinctive aural signature nothing like the four-cylinder TT and TT S. With just shy of 400 horsepower, and now hooked exclusively to an automated seven-speed S Tronic transmission and quattro, the five rumbles, whooshes, and pops its way to 100 km/h in less than four seconds, putting the RS in some very serious performance-car company. 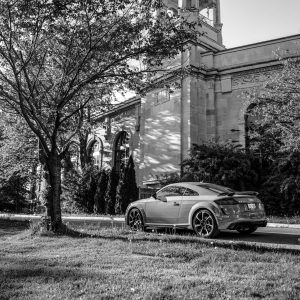 Perhaps because the TT springs from the same basic set of dimensions and building blocks as the A3, Q3 and some distant-relation Volkswagen product, it hasn’t been taken seriously as a handling car, despite the speed and the impressive traction that the quattro all-wheel drive provides in all conditions. That’s unfair – the latest TT is a blast to drive hard, and indeed gets better the harder you drive it, with accurate, beautifully-weighted steering, impressive nimbleness, and bigger dose of interactivity than you’d expect from its layout and weight distribution. It’s a car you can really make dance in corners, particularly once you’ve played around with the menus and set up quattro with a permanent, and more-aggressive, rear-wheel bias. You’re never going to have big, smoky oversteer slides in the TT RS, but you can certainly use the throttle to aggressively adjust its cornering attitude. 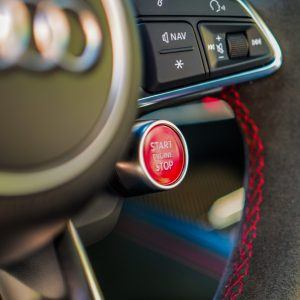 Speaking of which, one the major charms of the TT RS is how it has chosen NOT to hide its turbocharged nature. Lesser TTs are impressive for their smooth linearity in the way they build power; there’s no lag, no big jump in the powerband when the boost comes on. Conversely, the RS trades some lag for a lot more excitement, with a big, swelling rush as the digital rev counter swings past 3,000 rpm that doesn’t abate till you hit redline. At lower speeds and driven with less aggression, the extra cylinder gives you more than adequate low-rev drivability, along with a very distinctive engine note. 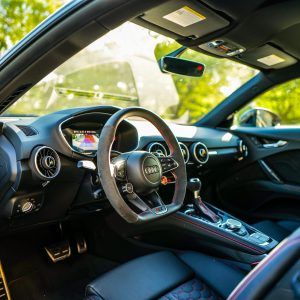 Apart from its uber-clean exterior styling, the original TT was known for the quality and execution of its interior, and the newest one is no different – cleanly designed, solidly built, beautifully finished, and packed with fine details. The cleverest bits? Climate control dials and screens integrated into the centres of the air vents, and a totally driver-focused infotainment system that uses the Audi virtual cockpit’s instrument cluster as the MMI screen – mercifully controlled through a giant click-and-turn knob instead of touch. In practice, it’s a breeze to work on the go, and keeps you totally focused on the drive.

In the end, perhaps in contrast to with the broader, more versatile brush with which the TT and TTS paint the road, that’s what the RS is all about – focus on the drive. From the gun-slit side windows to the agile chassis, stiff ride, singular instruments, and the way the car just feels with you every step of the way, it’s the most driver-focused Audi this side of the R8. And because of that, the most exciting one too. 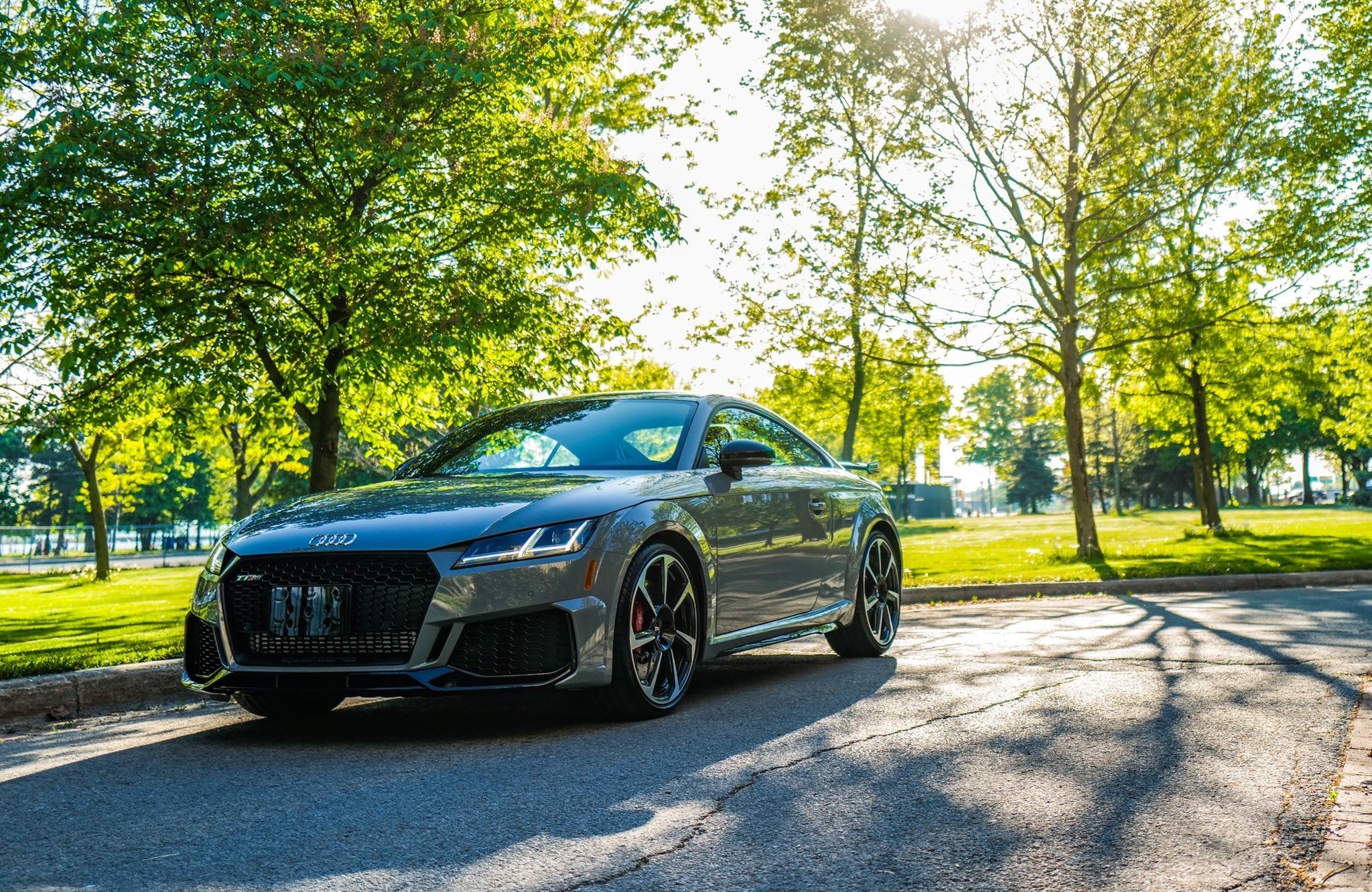 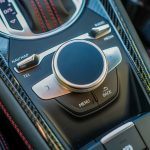 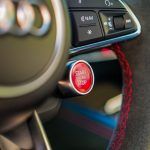 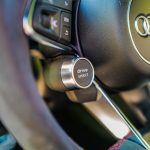 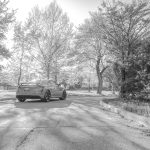 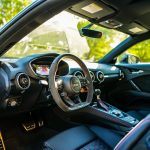 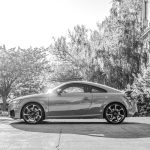 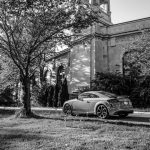 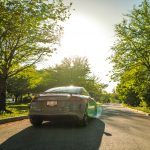 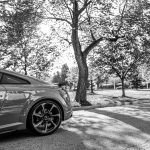 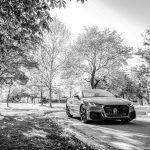