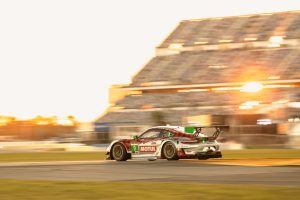 DAYTONA BEACH, FL, January 27, 2020 // Coming off an impressive showing in preseason testing and qualifying on pole ahead of last weekend’s IMSA WeatherTech season-opening Rolex 24 at Daytona, Pfaff Motorsports was in a strong position to win the race, until an unforeseen failure required the team to return to the garage for repairs. A mechanical failure in the sixteenth hour ultimately ended the team’s hopes of victory in their second appearance at the endurance event. 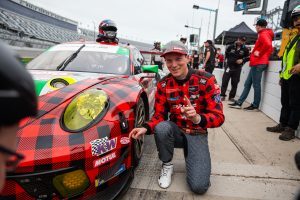 The team kicked off the weekend with Canadian driver Zach Robichon qualifying the Motul Pfaff Porsche 911 GT3 R nearly a half-second ahead of the closest GTD competitor, maintaining the speed once the green flag dropped on Saturday afternoon for the 24-Hour race. 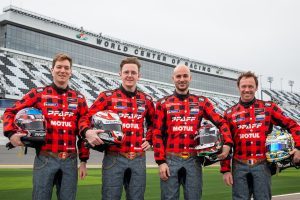 Co-drivers Dennis Olsen (NOR), Lars Kern (GER), and Porsche factory driver Patrick Pilet (FRA) continued that strong pace through the afternoon and into the night, with the Pfaff team cycling between first and fourth positions, and the GT3 R clocking some of the best times in the field. 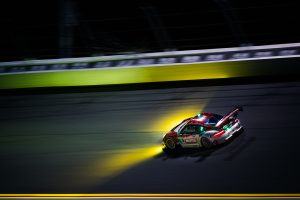 Leaving the pits in the early morning hours in eighth position after a pit stop and driver change, Olsen continued to execute the team’s strategy until a driveshaft failed in hour 16, while travelling at nearly 270 km/h down the back stretch at the Daytona International road course. 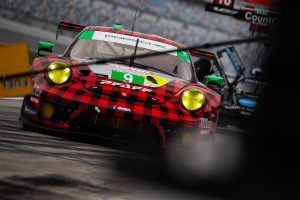 “The car was running perfectly all race,” Olsen said, “but then all of a sudden I heard a loud bang and something rattling hard in the back, so I immediately knew something happened.” 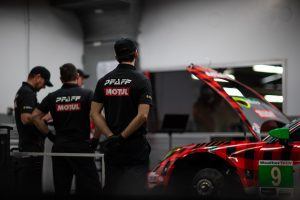 The Norwegian attempted to return to the pits at 5:16 am; Pfaff technicians immediately brought the car into the garage, working feverishly to disassemble the back end of the Porsche and replace a broken driveshaft. 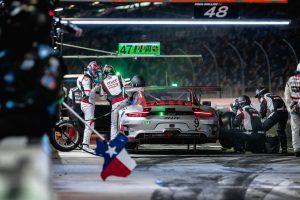 After confirming no further damage, the car returned to the track nearly 50 laps down, ultimately ending the team’s hopes of victory with nearly seven hours remaining. 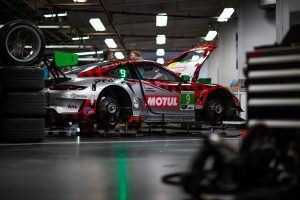 “Our team’s performance was amazing throughout the entire weekend,” team manager Steve Bortolotti said. “Unfortunately, we had a mechanical failure on a part that typically doesn’t fail. Sometimes you just have bad luck, and it’s really unfortunate it happened here.” 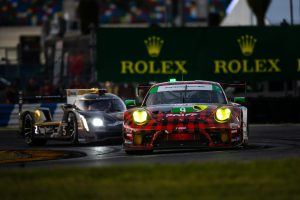 Pilet, who has raced as a Porsche factory driver since 2009 and won Daytona in the top-spec RSR in 2014, was impressed with the team’s performance throughout the last month of testing as well as the race. 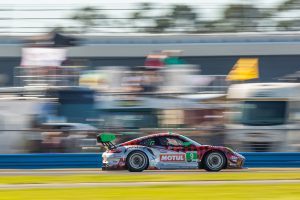 “Everything was perfect until the issue we encountered,” the Frenchman said. “It’s a mechanical sport, so this kind of thing happens sometimes. I’m pretty sure nobody has had an issue like this at the race before – it wasn’t a mistake on anybody’s part, just a bit of bad luck. 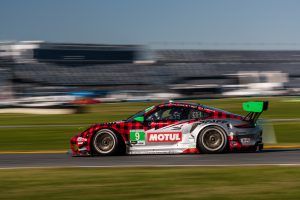 “The car was really a rocket all race long, especially at the moment we needed at the end of the race,” Pilet continued. “But my teammates and our pit stops were great. The atmosphere here has been really good and everyone can be really proud of the work here as they look towards the season championship.” 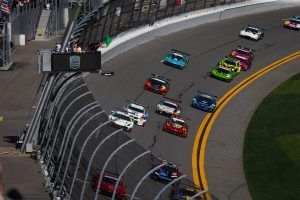 Bortolotti finished his driver’s comments as the team prepares for round two and the next big challenge of the season, when the team races at the 12 Hours of Sebring in March. 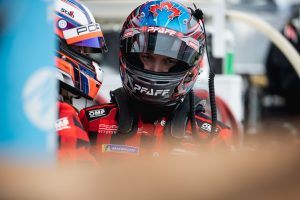 “We’ll continue to do a good job of executing and work together to get good finishes as a result of teamwork, so we’ll move on from this and continue to look ahead,” Bortolotti said. 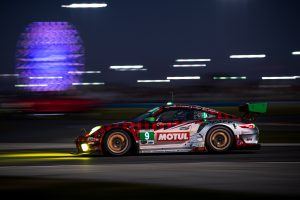 Pfaff Motorsports returns to action in a little less than two months’ time, when it takes part in the 12 Hours of Sebring, part of the SuperSebring weekend with Europe’s FIA World Endurance Championship (WEC), happening from March 18 to 21.