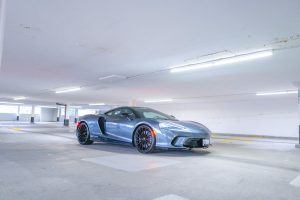 Call me masochistic, abusive, or crazy, but there are a lot of cars, especially at the high end of the market, that most owners will break out only for special occasions, which I’d happily drive every day. Every McLaren I’ve driven is high on that list; you and the rest of the world may see something too low, too exotic, and too special to use all the time, where all I see is a carbon tub that won’t rust if you drive it in the winter, axle left that’ll let you clear any reasonable obstacle, and superb sightlines that make wheeling around the city a pleasure. Combine that with instant throttle response, huge power, and a brilliantly-calibrated dual-clutch transmission, and I’d be happy to commute in any McLaren, let alone extend one’s legs on a country road or a racetrack. 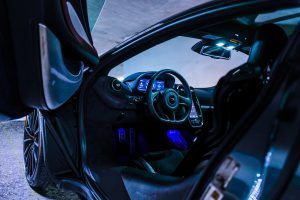 Still, for those that think a 570, 600, or 720 are a bit too extreme for daily work, McLaren now has the GT, a car specifically designed for everyday use, for long-distance travel, for all of the tasks you might use a Mercedes SL or Bentley Continental or a lux-spec Porsche 911 Turbo for – without sacrificing the layout, construction, and responsiveness that draws you to the McLaren brand in the first place. 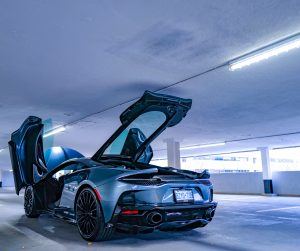 What, exactly, makes the GT that much more usable? Looking at it, the GT is still very much a McLaren, after all, from its Speedmark-shaped front headlights, its exotic dihedral “billionaire doors,” its mid-engined layout, and its swooping, stylish roofline. The difference is in the details, dozens of them, that make the GT just a little more versatile, a little more usable, a little more luxurious, and a little more, well, normal than its carbon brethren. 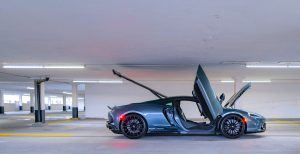 The body is where you’ll notice most of the difference. Starting at the front of the GT, you’ll notice, perhaps, that the front splitter isn’t quite as low as either the Sports Series or Super Series cars to which it’s distantly related; even without activating the electronic nose lift, it’ll easily clear most speed bumps and underground parking lot ramps. The hood is a little higher, too, clearing more space within the front trunk. 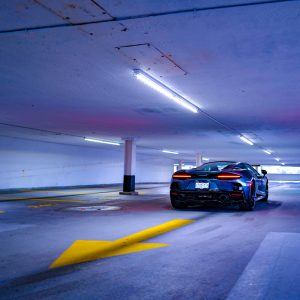 Moving back, the doors are larger, cut more deeply into the body, to make getting in and out easier. They sit ahead of larger, exposed air intakes that, should you drive the GT during, say, a rainy fall weekend where it seems like every leaf fell off every tree, are easier to clear than the complex channels cut into the doors of the more complex cars. 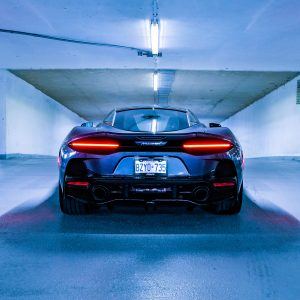 At the rear, you’ll find that the exhausts have been relocated lower in the chassis, in order to create room for a truly usable second trunk, which is cleverly shaped around that lower exhausts, and which is remarkably easy to access thanks to a huge rear hatch. McLaren claims, in fact, that the GT’s rear cargo area is big enough to fit a set of golf clubs, a fact which I wasn’t able to verify, but I can confirm that it’ll handily swallow a camera bag and a load of groceries with room to spare. 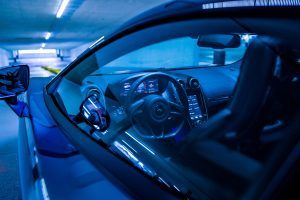 The real difference with the GT, though, is the interior. While the architecture is recognizably McLaren – digital instrument cluster, steering wheel unadorned with secondary controls, portrait-format touch screen, low-slung seats, great visibility – the materials and the finishing are simply from another level. McLarens have always been beautifully-finished, but the GT feels truly luxurious, with rich semi-aniline leather draped over every surface, super-sharp LED lighting twisting and curling into artful shapes, and spectacular machined-aluminum jewelry instead of plastic on the drive control knobs, and the dashboard. McLaren’s infotainment system is significantly improved in terms of responsiveness, the graphics now beautiful as well as functional; the Bowers & Wilkins sound system fantastic. 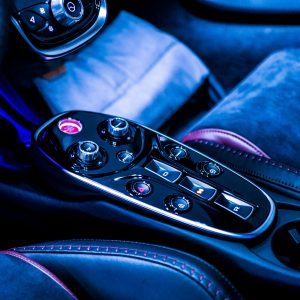 You may be wondering why I haven’t yet touched on the drive, and it’s because there are few surprises here: from the first turn of the steering wheel, the GT is very much a McLaren, and therefore very much unlike anything else. The steering is among the best you’ll find in any car, perfectly weighted, with detailed road feedback that’s a result of hydraulic, not electric power assistance. The 4.0-litre turbo eight produces 620 hp and an avalanche of torque, but both are easy to modulate and entirely usable thanks to precise throttle response and an engine that still rewards revving to its 8,000-rpm redline. The seamless-shift seven-speed gearbox blurs brilliantly between gears when you’re mooching along, but engage the more aggressive drive modes and it’ll crack off instantaneous, sharp shifts that don’t upset the chassis. And the carbon tub, the mid-mounted engine, the track-honed suspension, make the GT stable, engaging, and responsive in the corners, all without sacrificing ride quality. 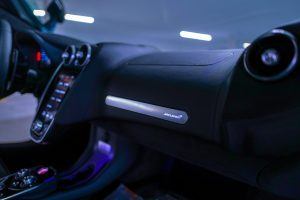 Is the GT more comfortable than other McLarens? Yes, if only marginally so, and only because every other McLaren, including the special-edition long-tail models, is actually remarkably comfortable already, when you consider the performance on tap. The engine sound is a little more muted, the suspension absorbs big bumps even better, and the brakes, still insanely powerful, are easier to modulate. The carbon tub and the engine’s position in the car behind you, plus the glass hatch, still create a bit of an echo effect at speed you won’t get in a more conventional front-engined GT, but the trade-off for the exceptional dynamics is a fair one, I think. 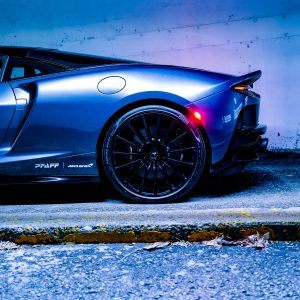 Ultimately, given how much I like other McLarens, and how happy I’d be to drive any of them any day, I wasn’t expecting to be as taken by the GT as I ended up being. It is, by some margin, the most complete McLaren to date, with an even bigger breadth of ability. 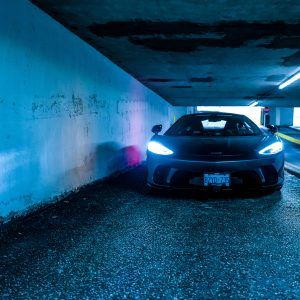 It’s hard sometimes, given the quantity of product it’s put out in such a short time, or the immense capability of those products, to remember that McLaren as a road-car manufacturer is still a very young company. In that context, it should be no surprise that every new model is that much better, that much more well-resolved. The GT is a car whose detail updates – faster infotainment, improved approach angle that negates the need for nose lift in more situations, additional refinement while cruising, that wonderful glass roof whose opacity you can change at the touch of a button – make for a car whose keys you wouldn’t hesitate to grab for any drive, at any time in any season. 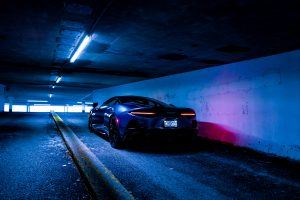