With only two more race events in the 2019 Historic racing season, the H.J. Pfaff Audi team came into the 65th annual British Empire Motor Club (BEMC) Indian Summer Trophy races with high hopes of a great weekend. Starting off with the class pole position, Perry Mason and the 1981 Audi 80 Coupe GT took the win and full points Saturday in race one. “Starting off in the front is always an advantage in this class of racing” Mason stated.  “Trying to get ahead and maintaining it after the first couple of laps is crucial when class speed breakouts apply” In Ontario regional racing, each class is dictated by lap times based on your best qualifying time, if you happen to exceed this speed during the race you are penalized one lap for each breakout and possibly get moved to a higher class.

In race two Sunday morning, the rain started coming down on the pace lap. After the green into corner one, a competitor lost traction and spun in front of Mason, but quick reactions and evasive action in the smoke, saw Mason narrowly miss the spinning car and carry on. Losing a spot in the meantime, it was difficult to make up and second place was realized in race two.

Final checks were made to the car by Mason and Mark Harris prior to the final and the team was ready to go. Starting second, the race was on an extremely slippery and semi drying track, and second was where the team finished up. “Considering the track conditions and what could have happened earlier, we are thrilled to finish there as we now head into the final race with a lock on the class points championship and a “tie” for the overall championship. We are going to do our best in October at the CASC Celebration weekend.“

Complimentary tickets for the final event at CTMP are available for printing here:  FREE TICKETS 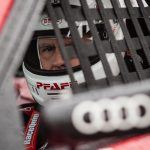 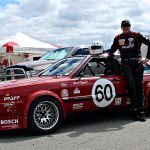 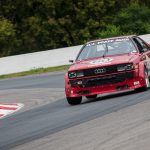 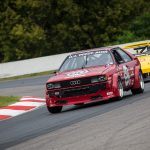 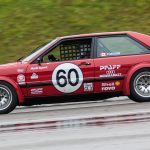 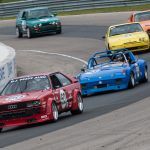 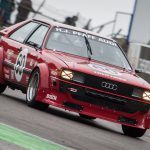 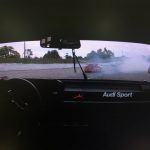 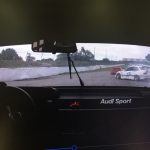 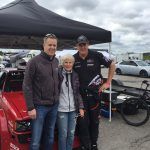 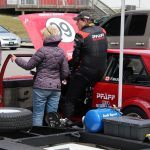