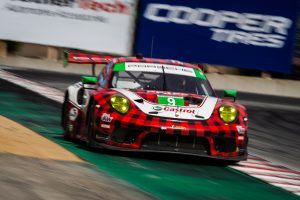 Monterey, CA, September 17, 2019 // The final Sprint Cup round of the 2019 IMSA WeatherTech SportsCar Championship season came down to an exhilarating finish as Pfaff Motorsports’ rookie driver Zach Robichon (CAN) captured the Sprint Cup championship, while the team’s fourth-place finish helped Porsche secure the manufacturer’s title in the first year of the series’ sprint championship format. 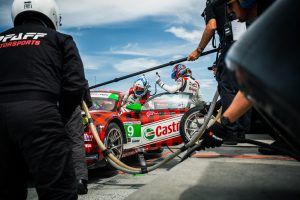 Robichon’s incredible first-season effort is highlighted by two wins at Lime Rock and Road America, and six top-five finishes, including an impressive second-place at Detroit with Park Place Motorsports after Pfaff chose not to compete in the Belle Isle event. 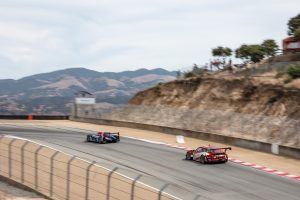 The Canadian entered the final Sprint round at Laguna Seca leading the championship by a single point. He was paired once again with Porsche Selected Driver Scott Hargrove as the duo faced off against Acura’s Mario Farnbacher and Trent Hindman. Porsche came to the weekend with two team entries and a strong chance at the manufacturer’s championship, but a major incident with the Park Place GT3 R during qualifying meant that title hopes rested squarely on Pfaff’s shoulders. 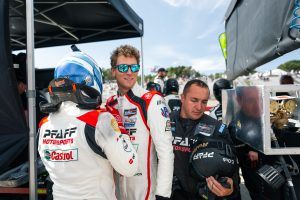 In their first visit to the Monterey circuit, the team and Robichon qualified for the two-hour and 40 minute sprint in fourth, just two-tenths off pole. When the green flag dropped for Sunday’s race, Robichon was hot on the heels of the competition, moving into third position on lap 10, then as high as second before the first round of pit stops on lap 34 of 110. 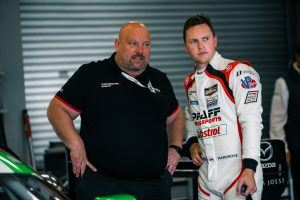 Hargrove jumped into the car and immediately continued pressing, vaulting back into third just six laps later and holding strong until lap 90, when the Canadian was forced off-track by a lapped car which dropped him to fourth with just 20 laps remaining. 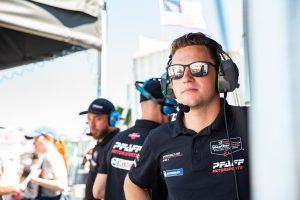 With the driver and manufacturer Sprint titles in sight, Hargrove drove a strong and consistent final stint, putting in a team-best 1:26.192 lap time to finish P4 and give Pfaff its fifth top-five finish of the season, securing both championships for Robichon and Porsche. 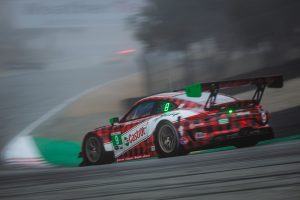 “I couldn’t have dreamed of winning the Sprint championship if you’d asked me at the beginning of the season,” Robichon said after Hargrove crossed the finish line. “I’m really proud of what the team has done in our first year, and to come away with this result is just something I really wasn’t expecting. But, I really have to thank all of my teammates. This year I’ve had the opportunity to share the car with some really quick guys and I’ve learned a lot from them – Scott [Hargrove], Pat Long, Matt Campbell, Dennis Olsen, Lars Kern – to be able to lean on them and their expertise, experience and work ethic is what helped me get to this position.” 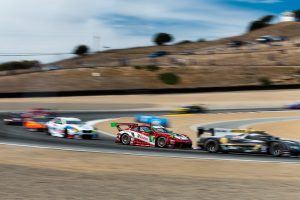 Robichon was also quick to acknowledge the efforts of the Pfaff Motorsports squad over the duration of the weekend.

“It was a tough weekend,” he said. “You know, we were third for a good portion of the race today, but we were going into the unknown in the latter stages – Scott has raced here before, but as a team we’d never been to Laguna, so after about halfway, that was more laps than we’d ever done here. So to hold on to fourth after everything we were dealing with, and with the pressure on, is quite an achievement.” 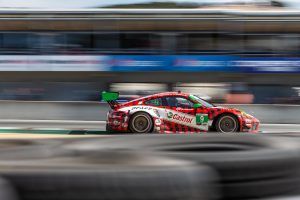 Team manager Steve Bortolotti echoed those sentiments, citing the team’s consistent performance over the second half of the season after a number of disappointments in the early rounds. 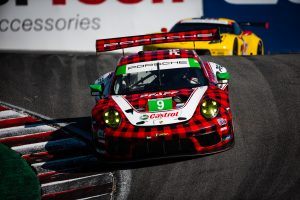 “We’ve always had high expectations for ourselves, but the first few rounds of the season were a humbling experience,” he said. “This is an incredibly competitive field with a lot of talent, but thankfully we have a very dedicated and talented group that has never stopped working and pushing to be better, and in the end we’ve been able to find that consistency and put a string of strong performances together. 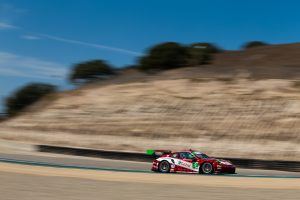 “I couldn’t be happier for Zach or Porsche,” Bortolotti said of the two championships in which the team played a vital role. “Obviously we didn’t race at Detroit, so we definitely have to thank Park Place Motorsport for their contributions in this championship as well. But, Zach has been so impressive in his first year of IMSA GTD competition – to be so calm and consistent all year throughout the Sprint races has been incredible, so I’m very happy for him on a personal level. The crew has also done a great job for the six [Sprint] races we contributed to, and that consistency is really showing – I really feel we’ve hit our stride this season, so I can’t wait to bring that to the season finale at Petit Le Mans.” 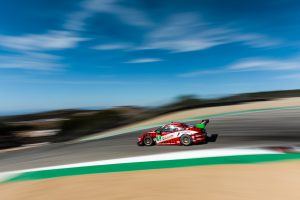 The team currently sits second in the overall GTD championship, while Porsche is right in the hunt of the overall manufacturer’s championship, currently sitting third. Pfaff will be looking to lock up its position and the manufacturer’s title when it visits Road Atlanta for Petit Le Mans and the final round of the 2019 season, from October 10-12. German driver and Nürburgring production car record holder Lars Kern will once again join Robichon and Hagrove for the 10-hour endurance race. 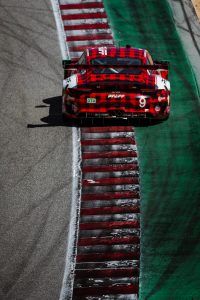