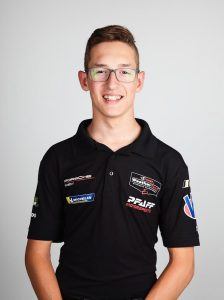 15-year-old Canadian racing driver Mackenzie Clark had a phenomenal rookie campaign in the Canadian Formula Ford 1600 program closing the season with Rookie-of-the-Year honors in his first full season in open wheel racing. Competing with the Brian Graham Racing program, Clark was the youngest driver on the grid and achieved the goals he and his team set forth at the beginning of 2019.

“Going from karts to cars in 2019 was a big challenge,” explained Clark. “At the beginning of the year, I set my goals for the season, and I am happy to say I accomplished them. I learned so much competing in the HPD F1600 with Brian Graham Racing, and I was happy to join Prime Powerteam for a couple national karting events as well.”

A quick study and able to get up to speed quickly, Clark made consistent gains in pace all season long and managed to stand on the series podium. Finishing fourth in the Ontario championship and backing that up with a fifth place result in the Quebec title chase, Clark garnered the F1600 Canadian Rookie-of-the-Year award. Showing his true diversity behind the wheel, Clark earned a podium result in his Vortex ROK Senior debut after just advancing from the junior ranks where he was a SKUSA race winner earlier in the year. 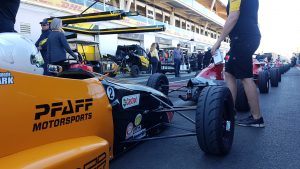 Clark continued, “My main goal for the year was to get up to speed quickly in the car and that’s what I was able to do. Over the course of the season, I made a couple trips to the podium, built confidence in the car, and won the F1600 Canada Rookie-of-the-Year title. Being the youngest on the grid was a great feeling for me and I relished the opportunity. I really enjoyed racing at Canada’s most historic tracks, competing at events such as the Montreal Grand Prix is very special. It was pretty cool for us as a family as both my dad and I to have competed on the Circuit Gilles Villeneuve, and I finished in the top-ten in both races out of a forty car field.”

The Canadian Formula Ford 1600 program has bred some of the best open wheel racers from both Canada and the United States. Competing against an average of twenty-five cars per event, the young Canadian talent hopes to one day follow in the footsteps of fellow Canadian stars in the upper echelon of motorsports. 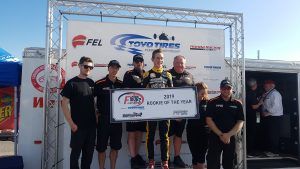 With racing plans yet to be determined for 2020, Clark and his management team are currently evaluating options in both the open wheel and sports car platforms. Ready to fight for a championship in whatever he gets behind the wheel of, the off-season goal is to test as much as possible and choose the best path for a career in motorsports.

Clark added, “There are a lot of things happening with the Pfaff Motorsports Junior Driver Development program as it continues to gain momentum, and I am hoping I can transition with them as my career evolves. They have been a strong supporter in my program and are a great partner.”

While the list is long of people to thank, Mackenzie Clark would like to acknowledge Pfaff Motorsports for their guidance and support this year as well as Wakefield Canada (distributor of Castrol products), Sekanskin, Double Seven Industries, On Track Promotions, Prime Power Team, PSL Karting and BirelART, and FEL Drives, and HDP Honda for supporting the F1600 program.

For more information on Mackenzie Clark, please contact Stuart Clark at 780.818.8095 or via email to stuart@simplas.ca. Mackenzie Clark can also be found online on his newly released website www.macclarkracing.com and through his social media programs on both Facebook at Mac Clark and Instagram @_macclark.