This was the original location of the event in 1979, and many notables attended back then including the legendary Grand Prix driver Stirling Moss.  The actual annual event was held at Canadian Tire Motorsport Park this past June, so this was an added challenge. The weather unfortunately did not cooperate as heavy rains and high humidity made the driving quite a challenge.

H.J. Pfaff’s Perry Mason competed with the 1981 Audi Coupe GT Historic race car that weekend.  “The tight turns and pooling track surface made the event for us a matter of survival and not victory” stated Mason. “We chose an intermediate tire but this wasn’t good enough for the conditions and we had to settle with a pair of second place finishes in the first two races and a fifth in the final.

We were podium bound in the final but a slip up in a rough braking zone causing us to go off track and loose positions.”  Luckily the car sustained no damage and in the end, it was a great points day for team H.J.Pfaff.

As they head into the second last event of the season the team is leading in both class and division.  Next event is the BEMC Indian Summer Trophy races Sept 14-15 at Canadian Tire Motorsport Park. Complimentary tickets are downloadable right HERE 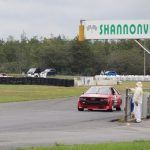 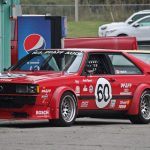 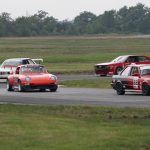 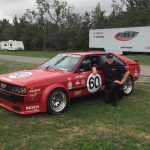 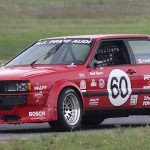 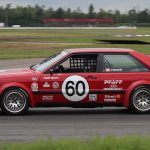 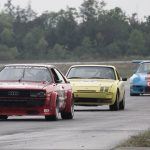 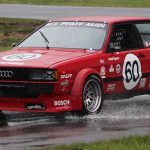