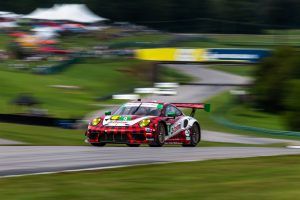 Alton, VA, August 26, 2019 //Pfaff Motorsports captured its first pole of the season, and a fourth place finish at Michelin GT Challenge at Virginia International Raceway (VIR) with two rounds remaining in the 2019 IMSA WeatherTech GTD championship. The result moves the Toronto-based Porsche team up to second in the overall GTD standings, while driver Zach Robichon holds his lead by a single point in the shortened driver’s Sprint championship. 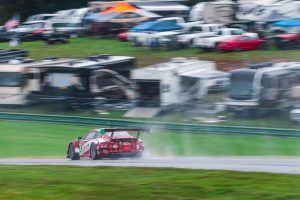 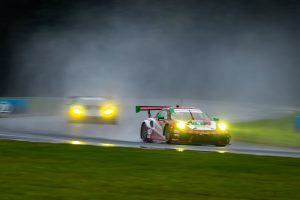 The GT-only field took to the track for Friday practice, with Pfaff running an entirely new setup, refining changes through each of the three sessions ahead of Saturday’s qualifying. 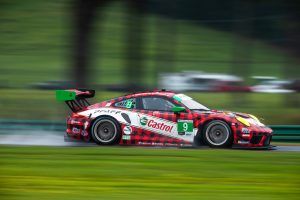 The mixed conditions of heavy rain and a drying track proved to be the perfect combination for Robichon, who put on an exemplary display to place the GT3 R on pole position for Sunday’s race, three-tenths of a second ahead of the competition. 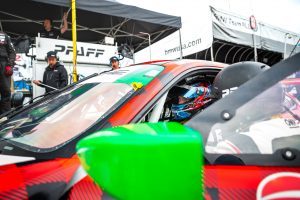 “It’s always fun in mixed conditions because you never know what’s going to happen,” Robichon said. “You have to be quick and your reactions on point. I had a great time, and when you’re having fun you tend to do well–I’m glad we could make that happen.” 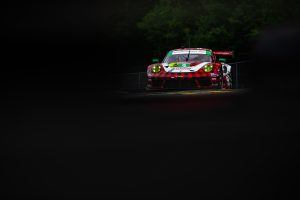 With clear skies for Sunday’s two-hour and 40-minute sprint, the Ottawa, Ontario native launched off the start and escaped an early sandwich between two competing cars to lead the team into the first pit stop on lap 28 of 86, when he handed the car over to Hargrove. 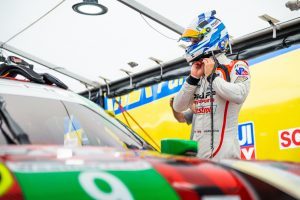 The Canadian exited the pits and jumped back into the lead on lap 31, fending off strong charges by Acura, Lexus, and Mercedes, until the hard charging trio pipped the team during its second and final stop on lap 58. Hargrove continued to push, but the outright pace the team enjoyed during the intermediate qualifying session didn’t translate into Sunday’s dry racing conditions, and Hargrove crossed the line in fourth position – the top Porsche finisher. 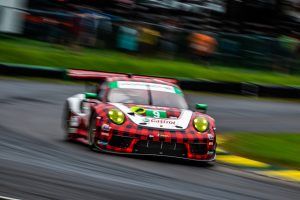 Despite the end of their winning streak, the team was positive about their strong points finish, and particularly Robichon’s sprint championship lead going into the final sprint race at Laguna Seca in three weeks’ time. 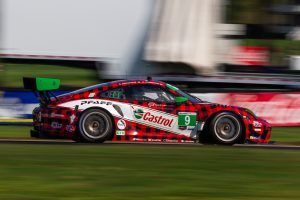 “We should be very happy with fourth place this weekend,” Robichon said. “If you look at where we started the weekend, I think fourth was something we would have been happy with, and the team executed all the way through to give us the best possible chance.” 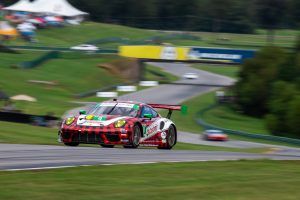 Engineer Andrew Marangoni echoed that sentiment, crediting the strong competition throughout the weekend, while looking at the larger picture for the remainder of the season. 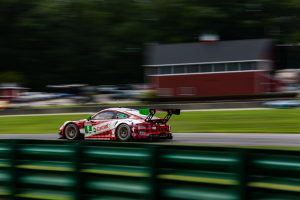 “I think we have a lot to be proud of this weekend,” he said. “We were able to capitalize on the weather and make a lot of smart, quick decisions on Saturday. In the end, we had a fantastic result compared to what could have been. We had some great challengers with strong pace on Sunday, but in the end, we were able to put in a good showing and move into second in the standings.” 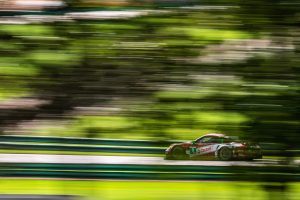 The team has two weeks off before travelling to California for the final sprint round of the season, and the penultimate round before the 2019 finale at Petit Le Mans at Road Atlanta. It marks the first time Pfaff will visit the 3.6-km (2.238 mile) Laguna Seca circuit, where they will be aiming at extending their second-place points gap. Robichon will also be looking to lock down the sprint championship in his rookie season. 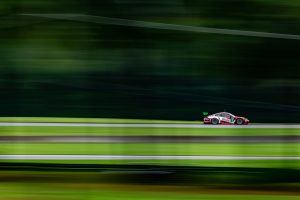