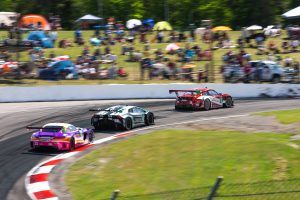 Toronto, ON, July 9, 2019 // Racing in the second of two back-to-back race weekends, Pfaff Motorsports returned to its home track, Canadian Tire Motorsport Park, for the only Canadian date on the 2019 IMSA WeatherTech SportsCar Championship calendar. 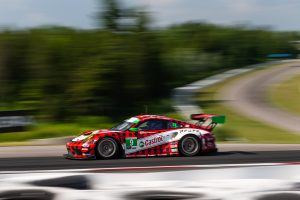 The Pfaff team arrived at their home track just a week after an impressive comeback performance at Watkins Glen, opening the weekend with a strong P5 in qualifying at the Bowmanville, Ontario circuit, which team manager Steve Bortolotti said left “plenty of room” to improve upon ahead of Sunday’s race. 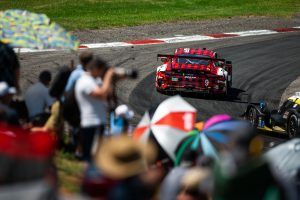 The weekend saw record attendance of nearly 40,000 fans, and the Pfaff team was treated to overwhelming support for its GTD team, with many fans wearing plaid shirts and official team wear in support of the Castrol-sponsored Porsche. Throughout the weekend, the team offered fans of its 911 GT3 R well-attended garage tours and autograph signings as Canadian fans finally had a chance to engage with the drivers and team on home soil. 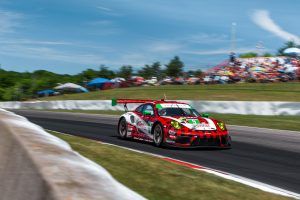 “The response this weekend has been absolutely incredible,” Bortolotti said of the attendees. “We’re so happy to be racing at home, and to see the support we are getting is a huge nod to the effort and passion this team has put into this season.” 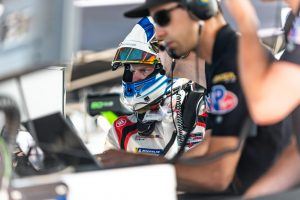 When the green flag waved at the start of the two-hour and 40-minute sprint race, driver Zach Robichon wasted no time pushing the plaid-liveried car up the field, jumping two places and into third by just lap two. By lap 10, the Canadian was pushing on the leaders, showing the impressive pace the team was able to extract from the 911 GT3 R. 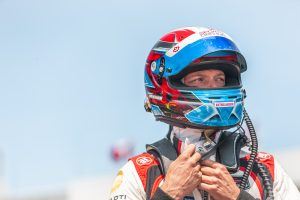 Robichon put in an extra three laps prior to the first round of pit stops, where he jumped into second position before handing the car over to countryman Scott Hargrove, but an incident on lap 42 of 113 pushed the car down the field, leaving Hargrove to battle back from as low as 10thplace after serving a drive-through penalty with just over half the race remaining. 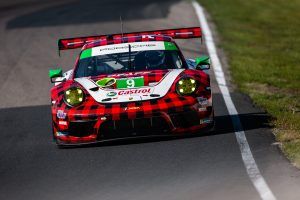 From there, the Canadian drove decisively, slicing through the competition with the help of expertly-executed pit stops by the pit crew. Climbing two places on lap 75, Hargrove put the plaid Porsche into sixth on lap 91, and had regained the team’s P5 starting position by lap 110, which he held through to the checkered flag. 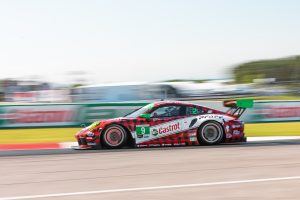 “It was a battle out there for sure,” team engineer Andrew Marangoni said. “We had a few hurdles to overcome this weekend, but for [Sunday] our car was there, and our overall performance as a team was very well executed. We had all of our bases covered, so it’s too bad that one incident cost us so dearly in the race. But the team did a great job and can be proud of the work we put in here at home.” 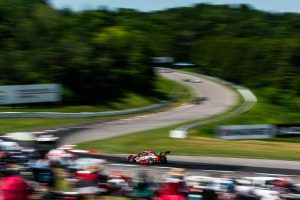 Pfaff will be looking to carry those positives into round six of the 2019 IMSA WeatherTech GTD championship, when it races at the Northeast Grand Prix at Lime Rock Park in Lakeville, Connecticut from July 19 to 20. 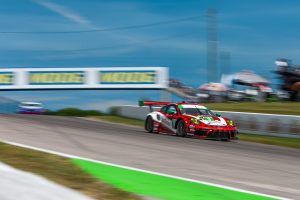 Stay tuned for further updates of Pfaff Motorsports’ home race and the 2019 IMSA WeatherTech and Michelin Pilot Challenge season by following @PfaffMotorsports, @PfaffPorsche and @PfaffAuto on Instagram, and Pfaff Porsche on Facebook for more announcements and behind-the-scenes content.