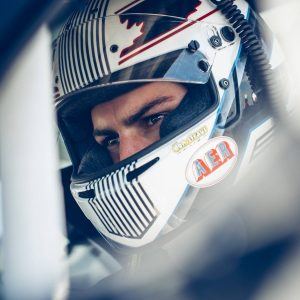 Sam Fellows, son of legendary Canadian racing driver Ron Fellows, today announced he would contest four weekends of the Porsche GT3 Cup Challenge Canada by Yokohama, behind the wheel of a Porsche 911 GT3 Cup sponsored by Porsche of London. He joins the Pfaff Motorsports team alongside series stalwart Shaun McKaigue, who was one of the first drivers in the Canadian one-make Porsche series. 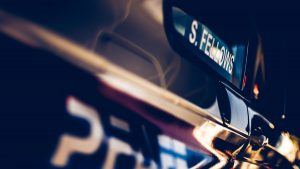 The younger Fellows has driven with Pfaff Motorsports before, driving a BMW M235i Racing in several events in the 2018 season, including a class win in his Canadian Touring Car Championship debut. In the 2019 GT3 Cup Challenge, he will pilot a Porsche 911 GT3 Cup in the Gold class – the same car that won the series’ 2015 championship in the hands of Chris Green. Pfaff Motorsports will prepare and support the #35 race car. It will wear a throwback livery that references father Ron Fellows’ Pfaff-sponsored Porsche 944 Turbo Cup, which ran in the Rothmans-Porsche Turbo Cup series. 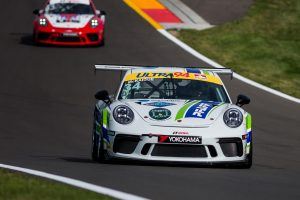 McKaigue, one of the original seven drivers in the Canadian Porsche Cup, contested the first race at Calabogie in May 2011, and won the 2011 Gold Cup. A well-liked and respected competitor, he has scored multiple class wins and podiums in the series. He will pilot a Platinum-class 2017 Porsche 911 GT3 Cup in the Platinum Masters category, wearing the white, green, and blue livery familiar from the start of the series, and will be sponsored by Pfaff Porsche, FER-PAL Infrastructure, Aquapipe/Logistec.

“I’m beyond thrilled to be driving with Pfaff Motorsports for the 2019 season,” said Fellows. “My dad drove 944 Turbo Cup races in 1990 in a Pfaff-sponsored car, so to have that family link, and be a second generation driver for Pfaff is really special for me. Pfaff Motorsports runs a world-class racing program; I can’t thank Chris Pfaff, Steve Bortolotti, and Chris Leavens from Porsche of London enough for their support and faith in me. Racing in a single-make championship like the Porsche GT3 Cup Challenge Canada by Yokohama is a tremendous opportunity. The level of competition is very high and it has been a proven stepping stone for young drivers. I know I have a steep learning curve in front of me, but I’ve trained very hard this off-season, so I feel confident and ready to take this step.” 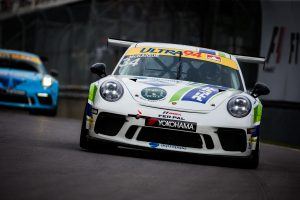 Fellows will contest four race weekends during the season, with the largest starting grids and audiences. His season starts with the Victoria Day SpeedFest weekend at Canadian Tire Motorsport Park (May 17-19), then moves to the Circuit Gilles-Villeneuve for the Formula 1 Grand Prix du Canada weekend (June 7-9), Road America in Elkhart Lake, WI (August 2-4), and the season finale at Circuit Mont-Tremblant (September 27-29). McKaigue will be contesting the full, six-weekend season in the Platinum Masters class. 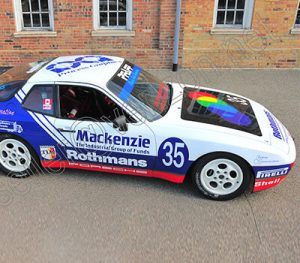 McKaigue and Fellows will be supported by a team with incredible depth and experience in racing Porsches. The crew will consist of members of the Pfaff Motorsports IMSA WeatherTech SportsCar Championship GTD team, which has won two championships in the Canadian GT3 series. They will be supported by team members with over 30 years of Porsche racing experience, including Giovanni Panico, who was the mechanic for Ron Fellows’ Pfaff-sponsored 944 Turbo in the Rothmans series.