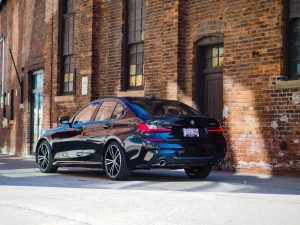 It can be easy to take the BMW 3 Series for granted. With an almost 45-year unbroken history, the 3 has defined the sport sedan segment, and has been a sales success as well. Its dominance has led to ubiquity; the car’s numerical commonality can sometimes lead to people thinking it’s a common car as well – something that even in its most basic form, it’s never been. 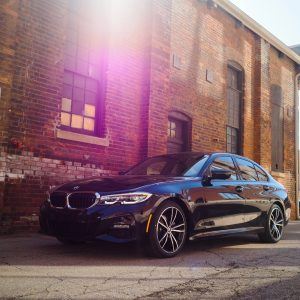 Dominant though it may be, the 3 Series is facing tougher competition than ever. It comes from within the sport-sedan class, where brands like Mercedes, Audi, Lexus, and others are pushing ever harder to match its blend of dynamic brilliance and everyday practicality – but also from the growing ranks of premium SUVs, which are quickly supplanting sedans as the family transport of choice. 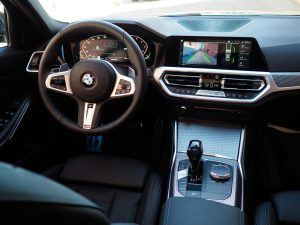 It takes only a few minutes behind the wheel of a new 3 Series, though, to be reminded why you’d still pick a well-sorted sports sedan if you care about driving. There’s just something so natural and intuitive about the way it all works. From the moment you slide into a low-set seat behind a near-vertical wheel, the pedals placed just so, to the way it rides so smoothly even on potholed roads, to the front end’s immediate response to the steering and the deftness with which the suspension deals with any corner you throw at it, the new G20 3 Series is a wonderful drive, and a big step forward from the F30 generation it replaces. 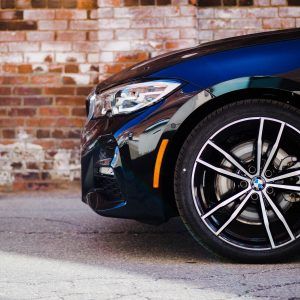 Hard to put a pin on what, exactly, has changed to make the new 3 feel so much better than the old – in fact, it’s a bunch of small things that add up to a big effect. While run-flat tires are still standard equipment (you can order summer high-performance tires as a no-cost option on M package cars), the latest generation feel notably lighter than before, and don’t clomp clumsily on rough pavement. There’s palpably more grip on those all-seasons than before, the brakes are a bit stronger, and the calibration of the electrically-assisted steering is just about perfect, blending great (and real) road feel with reasonable effort. All mainstream 3 Series now come with xDrive all-wheel-drive standard, making the steering’s feel and effort even more remarkable. 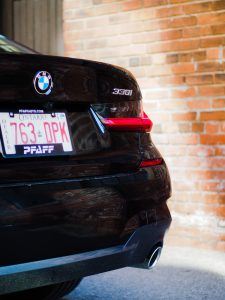 Maybe it’s the powertrain, which on paper is incrementally improved. But, installed in the new, larger chassis, it feels significantly more refined. Lay into the throttle, and the 330i’s 2.0-litre turbocharged four-cylinder revs eagerly, but it’s buttery-smooth at any speed, and makes a lovely noise. The eight-speed automatic – so far the only transmission available – slurs the 330’s 255 hp to the ground in a seamless rush in comfort mode and cracks off instantaneous shifts when you’re playing with the paddles. More excitement will come later this year with the introduction of a M340i, whose turbocharged straight-six will push out 382 horses, and also comes with beefed-up brakes and chassis components. 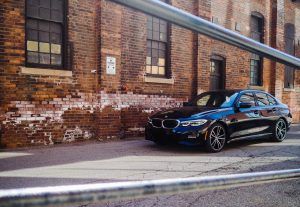 Outside of the driving dynamics, the other thing you notice about the new 3 is how it feels like it’s grown up. You notice it the moment you get behind the wheel, with the low, wide sweep of the dash and the seeming acres of display surface (the instruments are now fully digital, and nestle alongside an enlarged, better-integrated iDrive screen). You notice it in the seats, which are bigger, more comfortable, and feel like they’re from a class above. You notice the additional leg- and headroom front and rear. And you notice the extra width, for the first couple of hours, behind the wheel, where in town the new 3 can sometimes feel a little bit like a 5 down narrow side streets. 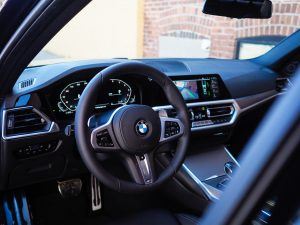 No complaints about the integration of all the technology into the car – often a sore point with cars as gadget-laden as my test vehicle was. While the big screen will respond to touch, it’s far easier to operate the infotainment through BMW’s familiar, and now very well-refined iDrive controller, which is surrounded by shortcut buttons and can be operated on the move by feel instead of having to take your eyes off the road. A pad nestled into the centre console charges your phone wirelessly, there’s CarPlay integration, and all of the functions, down to changing the colour of the accent lighting, are really easy to use. (Interior build quality is really good as well – the design may be simple, but the materials are very nice, and everything is really solid.) 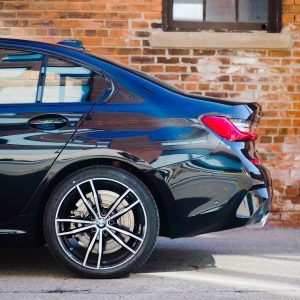 It’s an easy car to live with, the new 3 Series; starting at $49,000 (but more realistically, loaded up to the mid-fifties), it’s hard to imagine a sedan whose talents span such a broad range. It’s a refined, comfortable cruiser, big enough, and with a big enough trunk, for your family and their stuff; it’s economical and comfortable on long drives; and when the mood strikes you, it’s a sporty sedan you can take for a thorough thrash on a Sunday morning just for the hell of it. Like its predecessors, you’ll see a lot of new 3s on the road – and there’s a good reason for that. 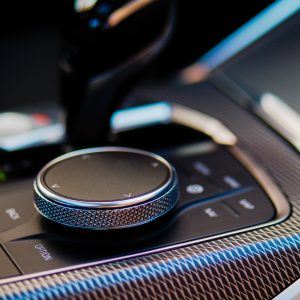