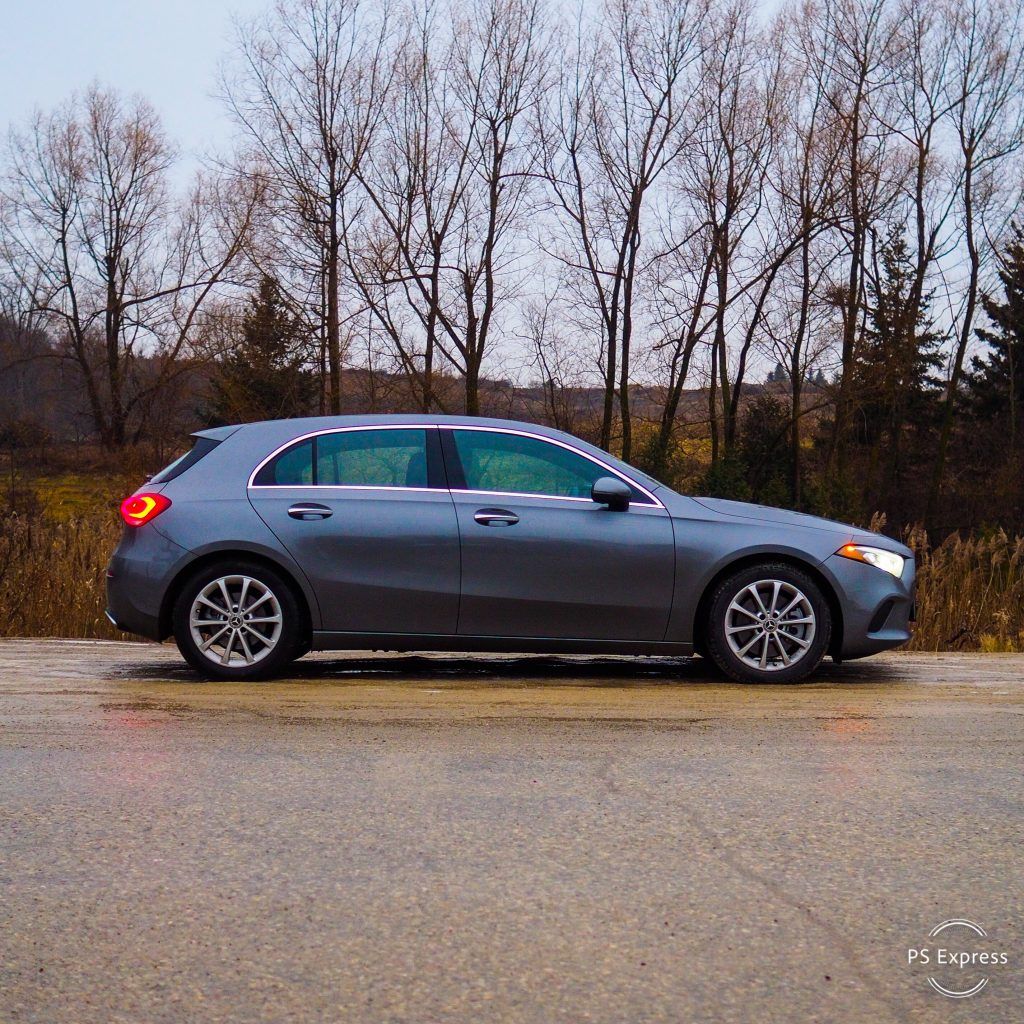 You have to admire Mercedes-Benz for launching a city-sized, low-slung hatchback into an SUV-obsessed Canadian market, where light trucks for the first time topped 70 per cent of new vehicle sales. Particularly in the smaller segments, the growth curve of SUV sales has been meteoric; subcompact and compact SUV numbers grew the most last year, as sales of actual cars continue to slide. So, quite aside from its industry-leading technology, available all-wheel drivetrain, and spiffy styling, the new A-Class is a bold new move from the world’s oldest car company. 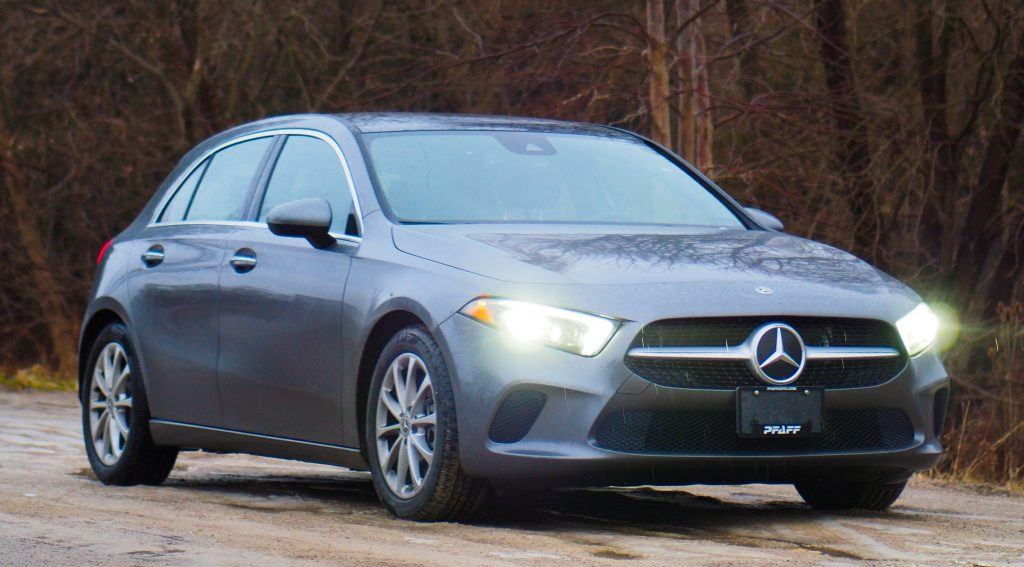 While you may first take notice of its perfect stance (even without the good-looking sport package, it sits just right on tires of decently-sized sidewall), smooth silhouette and sharp details, the A’s most initial impression is made when you open the driver’s door. Instead of a conventional gauge cluster, the dashboard is dominated by two giant screens tied into a single, glossy flat panel that unifies all of its instrumentation and infotainment functions. 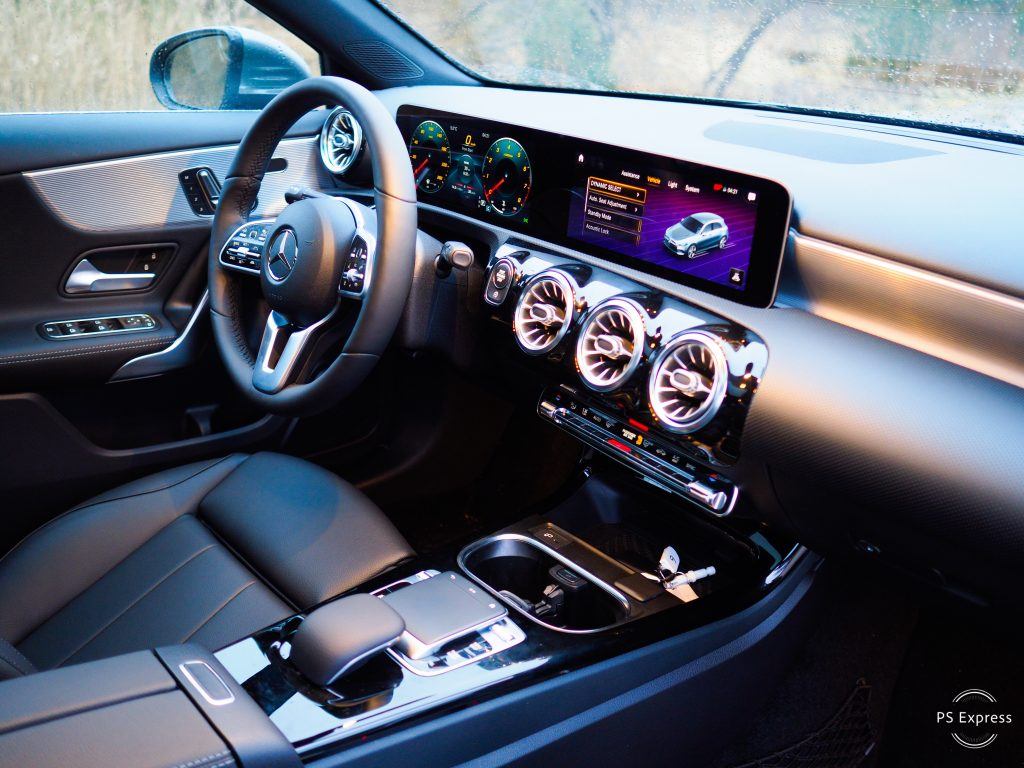 The screens are huge, bright, and have incredible resolution, and provide you with an amazing amount of flexibility in terms of what you want to see and how you want to operate the car; you operate most functions through a pair of intuitive touch pads on the steering wheel spokes, and a larger haptic touch pad on the centre console. If you’re used to Mercedes’ previous rotary knob, the big pad requires a bit of getting used to, but once you’ve mastered it, navigating the multitude of entertainment, car-setup, and navigation functions becomes second-nature. Should you prefer voice, simply say, “Hey Mercedes,” and you can use natural language to operate most of the car’s systems, bypassing the physical controls entirely.
Together, these functions, the screens, and the modern control system give the A-Class a really futuristic feel – as if its interior has been beamed back from the future. While I’m not generally a fan of giant screens and touch controls, the way Mercedes has integrated them into the A is seamless, and the pads are certainly a better method to use on the move than trying to aim your finger at a big touch screen. 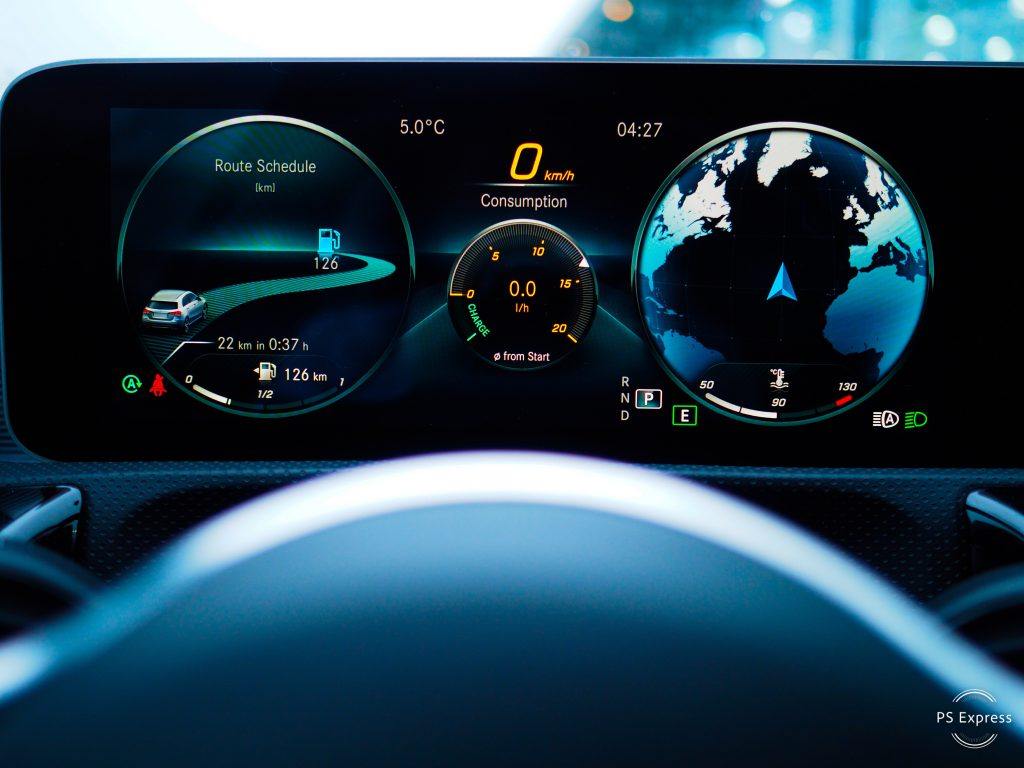 What impressed me even more than the screens, however, was the overall quality of the A-Class’ interior, which is as nice as any other Mercedes, and in some ways, even feels like a step ahead, despite the fact that it’s the least expensive model in the lineup. Everything you see and touch looks and feels expensive, from the brushed-metal door handles to the intricately-sculpted circular air vents, and metallic climate control switches. The dainty but beautifully-finished steering column stalks and secondary switches are a generation ahead of any other Mercedes model, and not even the S-Class’ screens have the clarity of the A’s. 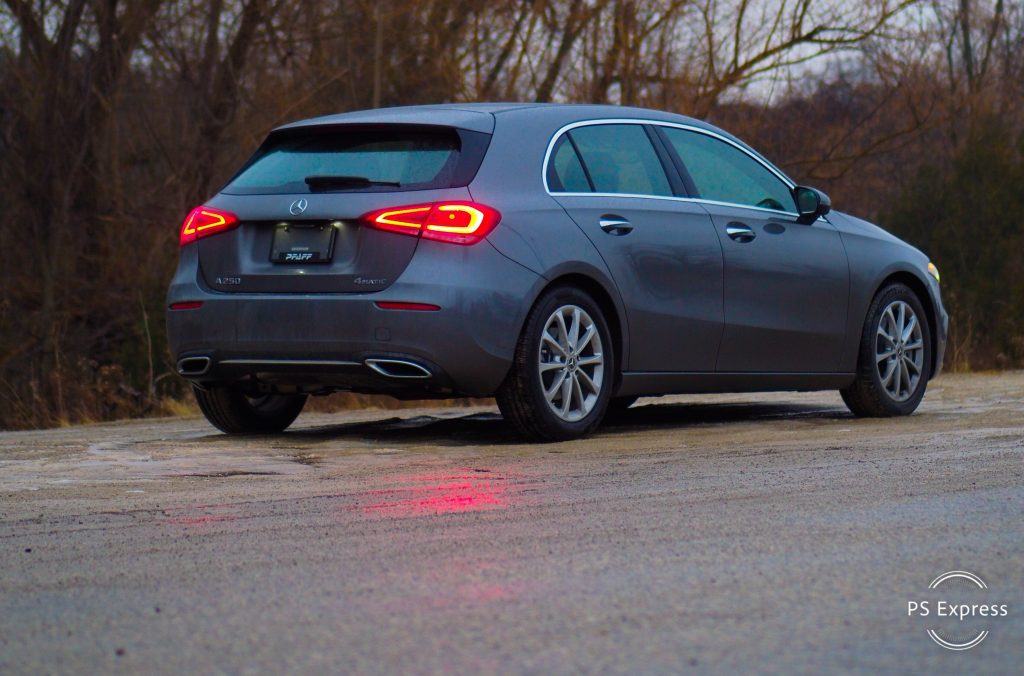 How the A-Class drives will largely depend on your chosen spec. The majority of As on the road will be similar to the car I drove, an all-wheel drive A250 4Matic, which features a 221-hp turbocharged four-cylinder engine and seven-speed dual-clutch automatic transmission. It’s plenty powerful, particularly if you engage the more aggressive sport powertrain setup, but the overriding impression is one of effortless refinement: while there’s hot-hatch power and torque available, in most situations the A wafts along smoothly and swiftly, like you would expect of a real Mercedes – an impression bolstered by the impressive lack of wind noise and the excellent seats. A sport package is available featuring bigger wheels and tires, a better brake system, and bigger-bolstered seats, but if sport is what you want, you’ll want to wait for the A35, which features over 300 horsepower along with an even more aggressive chassis. 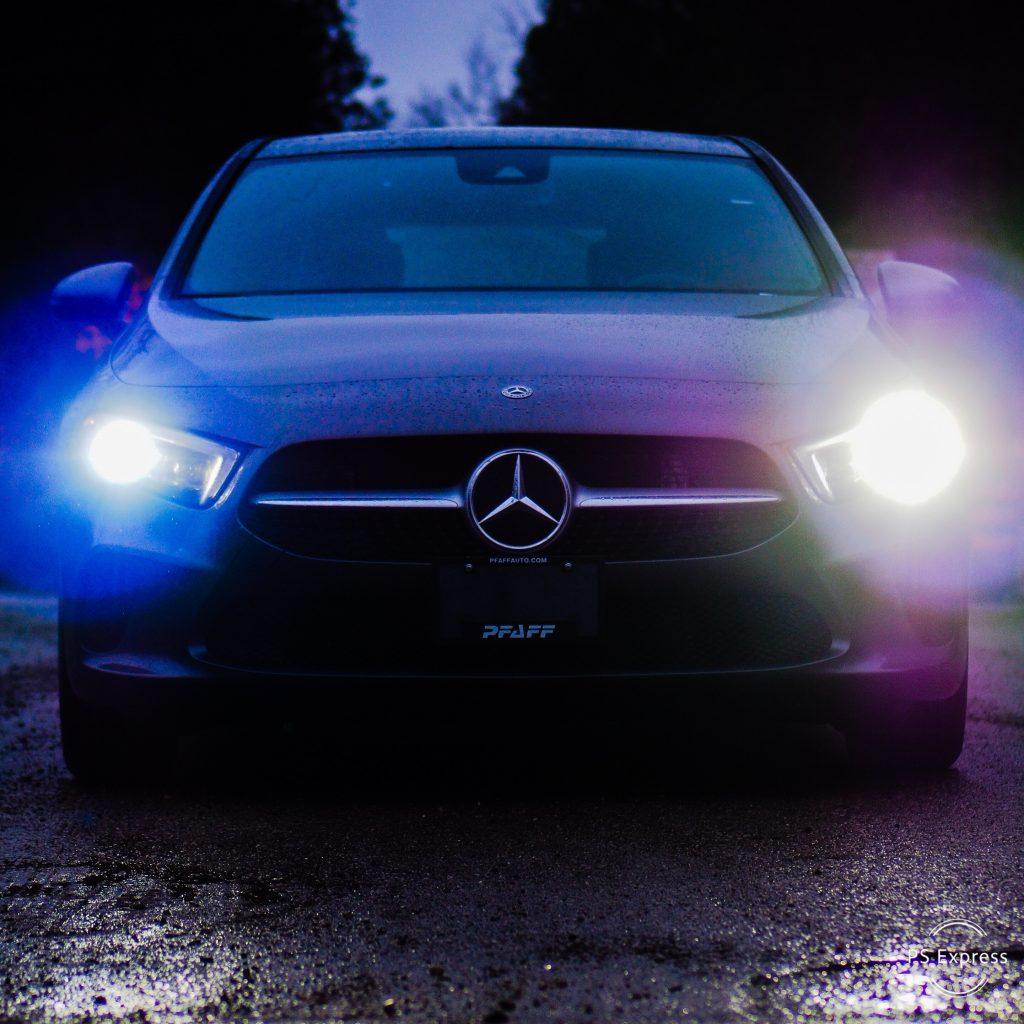 With a base price starting at under $36,000 (add about $2,000 for 4Matic) the A-Class is attractively priced, too – with similar specs to a Volkswagen GTI but that spectacular interior and a Mercedes badge on the front. That said, the best screens come as part of an $2,950 premium package, and other luxury bits, like 360-degree cameras, active parking assist, and more are also optional; most will roll out the door in the low $40,000 range. You can look at this in two ways: on the one hand, it’s a lot of money, perhaps, for a compact hatchback; but it’s not a lot of money for a compact hatchback that feels like a real Mercedes-Benz.
Previous Post Next Post