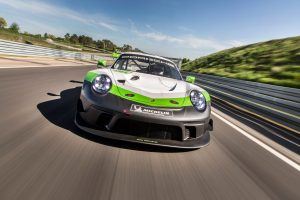 Hot on the heels of announcing a move to the IMSA WeatherTech SportsCar Championship in 2019, Pfaff Motorsports today announced that driver Scott Hargrove has been named a Porsche Selected Driver, and that it will contest the full 2019 WeatherTech season in the GTD class, including all endurance races.

“I am excited to expand our IMSA effort beyond the originally planned sprint championship to include the North American Endurance Cup events,” said Steve Bortolotti, Pfaff Motorsports manager. “The challenge for our team will be immense, but the Porsche customer racing model is second-to-none, and their support means we’ll be as prepared as possible for our first endurance races. I’m also happy Scott is becoming a Porsche Selected Driver. He is an incredible talent behind the wheel, and a true professional off-track. We are all proud of the role Pfaff has played in his development, and hope this leads to more opportunities in the future with the Porsche brand.”

“We introduced our Porsche Selected Driver program last year with the expressed purpose of placing deserving drivers with equally deserving customer programs,” explained Daniel Armbruster, President and CEO, Porsche Motorsport North America. “Scott Hargrove is a perfect representative of a Porsche Selected Driver. He is fast, intelligent and has a honed racing savvy in and out of the cockpit. Scott has worked his way up through the Porsche racing ranks, including a seat at the 2014 Porsche Young Driver Academy, which makes it that much more satisfying for us at Porsche Motorsport to name him a 2019 Porsche Selected Driver. We are looking forward to a strong year for Scott and Pfaff Motorsports in the full IMSA WeatherTech Championship next season.” 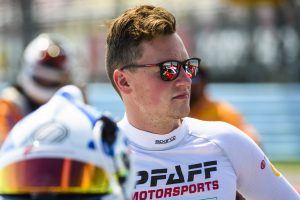 “2019 is shaping up to be a massively exciting season,” said Scott Hargrove. “Racing with Pfaff Motorsports in GTD for the full season showcases the drive this team has on- and off-track. They are always looking for more. It is an honour to be a part of the effort, and I can’t wait to hit the track with my new teammates in Daytona.” 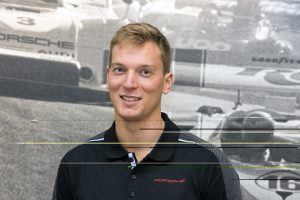 Zach Robichon added, “expanding our program to the complete IMSA WeatherTech championship shows Pfaff’s commitment. When the right opportunity presented itself, we all jumped at the chance, and we’re looking to get the season started on the right foot at Daytona. We have a huge challenge ahead of us, but the team has consistently proven they can be successful at new challenges. The Roar is only a few weeks away, and we’re looking forward to getting our new Porsche 911 GT3 R on track.” 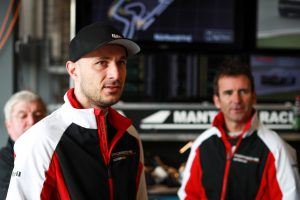 “Starting the season in January at the world centre of racing, Daytona, is just great,” said Lars Kern. “And being there with the Pfaff Team and such a superb driver lineup is stunning. I followed closely what Pfaff and Scott have done this year in PWC. Winning a championship title in their first year running a GT3-class car in PWC is a sign of what this team is capable of.” 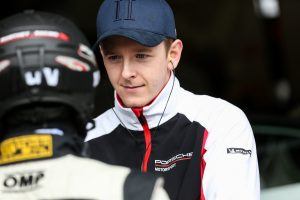 Porsche Young Professional driver Dennis Olsen concluded, “I’m really looking forward to get started together with Pfaff, and also excited to see how the new Porsche 911 GT3 R will perform at Daytona! I think we will have a good chance for the win – so we have to stay focused, and make no mistakes. Consistency is going to be the key!”

The addition of the endurance races to the team’s calendar makes for a much busier year. The team will add the Rolex 24 Hours of Daytona January 24-27, the 12 Hours of Sebring March 13-16, the Six hours of the Glen at Watkins Glen June 27-30, and Petit Le Mans October 12, to their already-packed Sprint championship calendar.

Pfaff has provided driving and talent development opportunities in karting through the Pfaff Pole awards in the Sunoco Ron Fellows Karting Championship, the Pfaff Driver of the Day awards in the Champion Ron Fellows Karting Championship, and title sponsorship of the national-level Pfaff Kartsport Cup. In 2017, Pfaff also launched a national online racing championship in partnership with Cineplex and WorldGaming to bridge the divide between the real and virtual racing worlds.