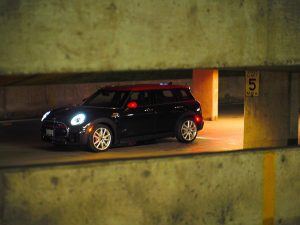 Not very mini, the Mini Clubman, especially if you happen to park it beside one of the thimble-sized Issigonis originals. Not Mini, either, when you park it beside one of the original reissues, or even a contemporary Cooper. But that’s intentional; alongside the taller, SUV-like Countryman, the Clubman is supposed to be the family Mini, and if there’s one thing the three-doors (and even the smaller five-door) has always lacked, it’s rear-seat space. 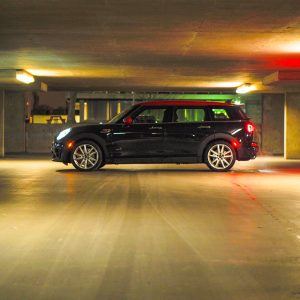 There are no such issues here. The Clubman and Countryman are both based on a longer, wider platform shared with BMW’s X1 and X2, and are therefore treated to a generously-sized rear seat that make them perfect for growing families. The Clubman, in particular, has a spacious and versatile cargo area accessed via its trademark double doors. Yet despite this – and despite the fact that it is big for a Mini – clever packaging and great visibility out of the tall, vertical glass makes the Clubman perfect for the city, easy to wheel around town. 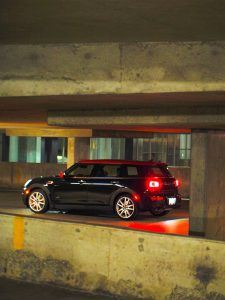 Minis, of course, have always been great city cars, and the Clubman is no different. The turning circle is tight, the engine and transmission are telepathically responsive, and its friendly looks mean you’re more likely to get away with an ambitious maneuver, should the need arise. But Minis have also been great fun to drive away from the city, and that’s where I had my reservations: would the Clubman be as fun and as tossable as the Minis of my memory when the roads opened up and started to curve? 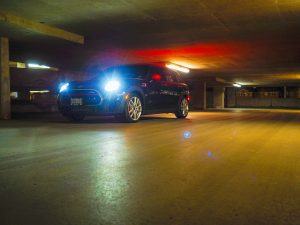 At least in the hotted-up John Cooper Works form, the answer is an unequivocal yes. Even when saddled with All4 all-wheel drive and an eight-speed automatic transmission (a six-speed manual continues to be available and is still the driver’s choice), it really hauls, the 228-horsepower rating belying the turbocharged four’s power delivery, especially in sport mode. More importantly, the steering remains nicely weighted and responsive, the handling flat and go-kart like through the corners despite the longer wheelbase, and the brakes put up just fine with aggressive use. It may not be that Mini on the outside, but a JCW Clubman still drives like a Mini. 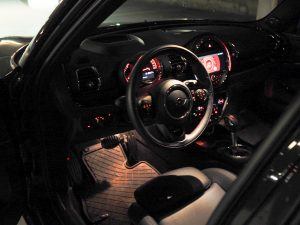 The extra space has given Mini’s designers and product planners a broader canvas to create the nicest interior ever fitted to something wearing the iconic badge. The seats are terrific, the instruments are clearly laid out, and the infotainment system can be controlled directly by touch on the large screen, or through the iDrive controller on the console. There are generously-sized storage bins in the doors and centre console, multiple USB ports, and a killer Harman/Kardon audio system. The cartoonish “big circles” theme common to all modern Minis is still present, and helps add an air of fun to every drive, but the execution of the details and the quality of the materials are now luxurious in their feel. 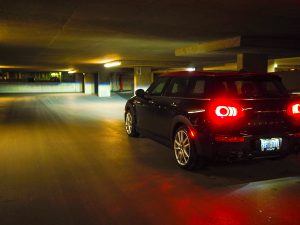 Given the price of a JCW Clubman, which starts at just under $40,000, it’s a good thing those details are that good, and should you go hog-wild with the options list, it isn’t difficult to close in on 50 grand. The good news is that the Clubman’s fundamental goodness – its all-wheel drive, nimble handling, and versatile interior – is available for much less, with a “base” Cooper All4 starting under $30,000. Despite a modest 134-hp power rating, its turbocharged triple is a gem – quick to rev, with plenty of torque (162 lb-ft) and even more character than the JCW’s four-cylinder. It’s like a practical, well-made all-wheel drive family car that throws in a huge dose of visual and driving fun for free.
Previous Post Next Post