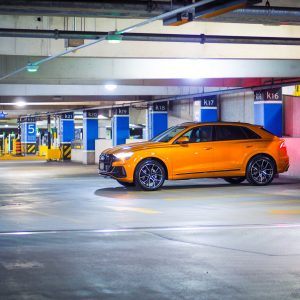 The top end of the SUV market is getting to be a pretty crowded place. If you have $100,000 or more to spend on a four-wheeler, you’re spoiled for choice, with pretty much every premium manufacturer vying for your dollar with stylish, powerful, feature-packed trucks. But one thing – Range Rover aside – unifies pretty much all of these offerings: they’re all positioned very sporty, with big engines, big wheels, big-league chassis technology and big noises to go with their big price tags. 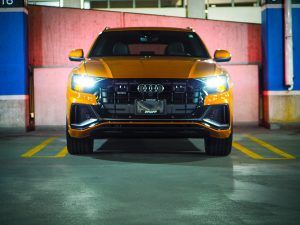 It’s all well and good for manufacturers to show off their engineering prowess by building an SUV that can circle a racetrack almost as fast as a sports car, and certainly, if you’re a driving enthusiast, there’s an appeal to your daily and winter wheels having the same excitement and responsiveness as something far smaller. But, let’s face it, most SUVs will never be used in this way, which really begs the question: could there be a different way to do a high-end SUV, one that recognizes the way most of them are used, and deploys its technology and talents to a more everyday-useful effect? 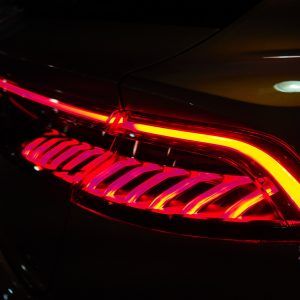 The Audi Q8 is kind of an answer to that question. Starting at just under $90,000, it sits very much at the top of Audi’s SUV lineup, and loaded up to $110,000 or so, it lines up in price with big wheels like the Porsche Cayenne GTS and BMW X5 M. But instead of chasing cornering speeds and lap times, it’s an SUV that’s all about style and luxury, and as such, it’s actually quite refreshing, an interesting turn from Audi that I ended up liking a lot more than I thought I would. 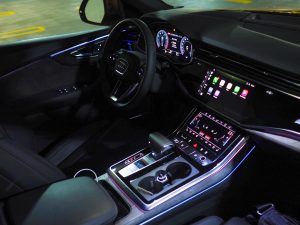 Not that the Q8 doesn’t drive really nicely. The steering has that lovely feeling of liquid precision that you get from all of the brand’s cars, beautifully accurate, but damping out the road’s worst; the brakes are superb; and Audi’s drive select lets you set up the controls exactly to your preferences. Option up rear-wheel steering and air suspension, and you can hustle it through a series of curves at an impressive clip.
But the key to the Q8’s personality is under the hood. Audi’s smooth, torquey turbocharged V6 is coupled with a mild hybrid system delivers smooth, unruffled everyday driving rather than shouty exhaust notes and headline performance figures. While it’s more than fast enough, the Q8’s 335 hp engine, hybrid system, and eight-speed automatic are all about smoothness and refinement; the electric boost smooths out power delivery from standing starts to get the truck up to speed effortlessly. While cruising, what you notice more than anything is how little there is to notice; the engine room is so quiet, and the rest of the overall package is unbelievably refined and silent – better than any Audi I’ve ever driven, and easily on par with, or even better than, a full-size Range Rover. 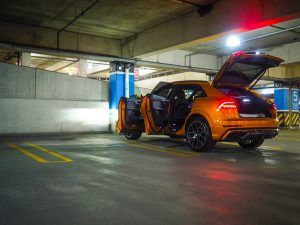 As you would expect, the Q8 deploys the full set of Audi’s latest technology, its cockpit dominated by three massive high-resolution screens – one for the detailed, versatile instrument cluster, and two touch panels for infotainment and climate control. I’m not normally a fan of touch screens, which require you to take your eyes off the road to operate them, and which quickly accumulate fingerprints, but I have to say I was pretty impressed with Audi’s latest setup – the screens seem to have some kind of coating that keeps messy fingerprints to a minimum, and the combination of big, bold, easy-to-read graphics and haptic feedback make operating the Q8 smooth and easy.
The simplification of the controls into the two screens means that the Q8’s interior is even more gorgeous and uncluttered than you would naturally expect from Audi. Natural materials like open-pore wood, brushed aluminum, and perfectly-stitched leather on every surface you touch combine with adjustable LED mood lighting and the gloss-black control surfaces to create an interior ambiance that feels like the lounge in an upscale hotel, and a truly German take on luxury. Despite the low roof, the Q8’s rear seat is spacious thanks to its long wheelbase, and there’s plenty of cargo space, expandable if you need to via split-folding rear seats. 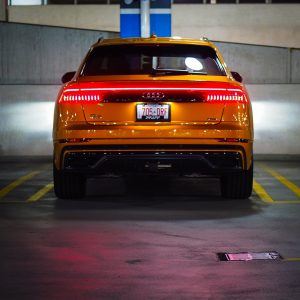 In terms of delivering refinement, luxury, and a relaxed driving experience, the Q8’s closest competitor in the marketplace would be something like a full-size Range Rover, but unlike the boxier, more practical Brit, the Audi is unabashedly about style as well, starting with a bold, single-frame grille up front (it actually looks better and more upscale in standard trim than with the sporty black optics package), sharply defined shoulders, and a sweeping, coupe-like roofline and frameless glass. The Q8 rather gorgeous, and looks like nothing else in the market right now – and the way it drives is as much of a breath of fresh air as its styling is.
Interested in the Q8? You can learn more and test drive one at Pfaff Audi Vaughan or H.J. Pfaff Audi in Newmarket.
Previous Post Next Post