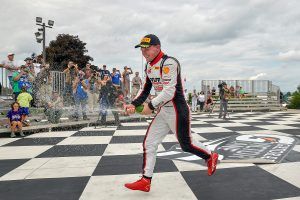 Pfaff Motorsports and driver Scott Hargrove finished their first year in the Pirelli World Challenge series by winning the GT Sprint class championship – the first time in series history a rookie team has won the championship’s top class. The #96 Castrol-Pfaff Motorsports 911 GT3 R was also the top Porsche in the series’ overall standings. 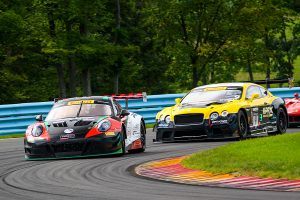 The team began the final race weekend of the season at Watkins Glen International, with an eight-point lead in the GT Sprint championship, but a tire issue in the weekend’s first race set Hargrove back from P3 to a P6 finish on Saturday. Hargrove had to dig deep on Sunday; he started from fifth on the grid and was quickly up to second position, but spent the majority of the 50-minute race defending his position from a hard-charging Alvaro Parente. 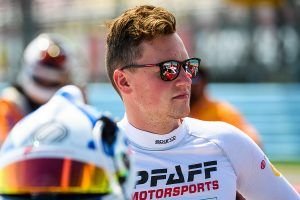 “We got a really good run on the start,” said Hargrove. “Alvaro went to the inside and I went to the outside. I stayed on the throttle, and when I rejoined the track, I couldn’t see anybody. But the big yellow Bentley was filling my mirrors, and it ended up that way for the entire race. I looked at my mirrors more than I looked at my windshield this race!” 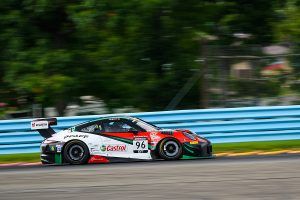 The nail-biting season finale capped a challenging, but successful, first year for Pfaff Motorsports in the Pirelli World Challenge series. The season began with two wins in St. Petersburg, and included podium finishes at Circuit of the Americas, Virginia International Raceway, Lime Rock Park, Road America, and Portland International. In the series’ SprintX championship, Hargrove was joined in the #96 car by legendary Porsche driver Wolf Henzler. The team finished third in the SprintX championship, and second in the overall (combined Sprint and SprintX) championship, in its first year of PWC competition. 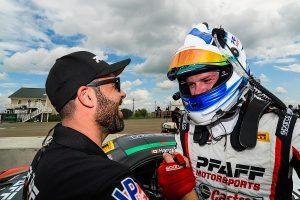 “I’m incredibly proud of Scott’s continued development and success since joining us at Pfaff Motorsports in late 2016,” said Steve Bortolotti, Pfaff Motorsports manager. “In Scott’s case, we knew his driving talent was world-class from the day we first competed against him back in 2014, so our development angle with Scott was less about driving, and more about the intangibles off-track. Scott has honed his skills in the boardroom, become an integral asset to our valued partners, and has matured into someone we are proud to have representing our company.” 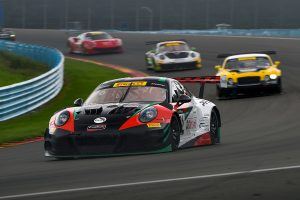 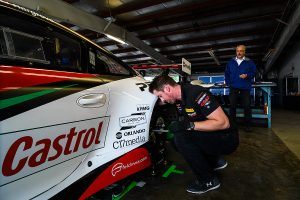 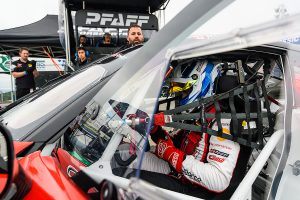