A drive down memory lane in a Mazda MX-5 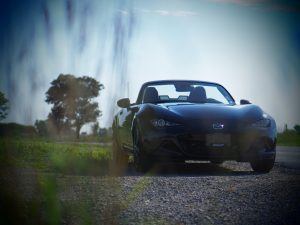 The seeds of my automotive passion were sown in the fall of 1989. I was 12 at the time, our family had just moved to Toronto from Calgary, and everything was new and exciting. Two very specific memories, involving two very specific cars, stick in my mind. The first was a guards-red Porsche 964, which we found ourselves behind at a stop sign on the way to Lake Scugog: it rocketed off in a symphony of tire and engine gnashing, active rear spoiler rising into place once it crossed the legal speed limit; I knew then that I had to have one. The second was a smurf-blue Mazda MX-5 Miata, which zipped by us during a road trip to visit family friends, the attractive blonde behind the wheel looking like she’d never had more fun in her life. Both cars were brand-new at the time, and the indelible impression they left sent me down a rabbit hole of car magazines, dealership visits, car shows, and ultimately working in the industry. 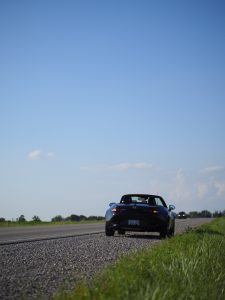 Despite different formulas – rear-engine, substantial power, technical sophistication for the Porsche and classic four-cylinder, front-engine, rear-drive roadster for the Mazda – there are more parallels between the 911 and the Miata than you may at first think. They are both phenomenally successful sports cars, each having sold over a million copies in their lifetime. They’re both phenomenally successful race cars as well; Mazda claims more MX-5s are found on racetracks every weekend than any other car, and the 911 has more race wins than any other car over a 50-plus-year history. Most importantly, despite constant evolution to keep up with technology and changing fashion, they’ve both remained true to their original formulas, and remain sharp, precise tools that reward the committed, connected driver. 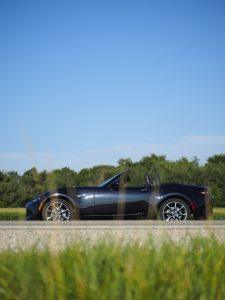 Perhaps the most remarkable thing about the latest MX-5 is the fact that, unlike almost every other car, including the 911, it’s an even more pure than it was at the start of its life. Over time, in the pursuit of more performance, more safety, and a broader customer base, most cars gain size, features, weight, and refinement, those changes often compensated for by gains in power, cornering grip, and technology. Certainly, that’s true in the 911’s case, resulting in a car with an incredible breadth and depth of capability, but which is bigger, heavier, more complicated, and more expensive. Check the new MX-5’s vital stats, on the other hand, and you discover that, despite having gained power and features since the 1990 model year, it actually occupies even less space on the road, and is substantially lighter than its predecessor as well. That almost never happens – even as cars grow lighter thanks to more advanced materials, they almost always grow bigger, too; that Mazda has actually shrunk the car, is incredibly bold. 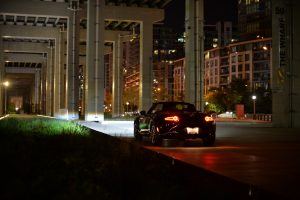 From the start, Mazda’s been unwaveringly focused on ensuring the MX-5 is light, quick, and fun at all speeds – resisting the industry-wide urge to add power, grip, and performance that erode its purity. The result is a car that on paper looks outclassed by mildly warmed-over hatchbacks, let alone other sports cars: a power output of just 155 horses, skinny 205-section 17-inch tires, and a 0-100 km/h ballpark of 7 seconds. The specs are conspicuous for what they lack: no turbo, no fat torque number, no dual-clutch gearbox. But the number that really stands out is, like, no weight: the MX-5 weighs just 1,058 kg in base form, literally hundreds of kilos less than some supposed sports cars, and a true insight to what it’s really all about. This isn’t a car about generating massive speed or grip; it’s about generating smiles, and making the car as responsive as possible to every input, and therefore delivering driving fun at every speed. 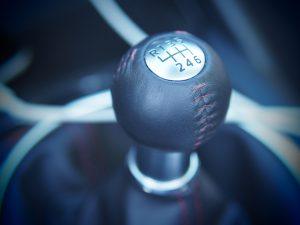 All of the things that make the MX-5 look a little antiquated and a little slow on paper are what make it so wonderful to drive. The naturally-aspirated 2.0-litre four-cylinder’s torque figure of just 148 lb-ft means you have to row the six-speed manual like crazy to keep the little Mazda motoring along, but that’s a pleasure rather than a burden, thanks to one of the nicest production-car shifters on the planet. You flick it like a switch between gears just for fun, blipping the throttle and relishing the instantaneous responsiveness and happy-snarly soundtrack. The steering is light, precise, full of road feel, and the car bounds from corner to corner like a happy little puppy. It rolls a fair bit, and you hear the odd squeal or two from the skinny Bridgestones, but the MX-5 always happy to follow your lead, and even when it starts to slide, it does so in such a friendly, unintimidating way. The lack of torque, the lack of big speeds, and the lack of grip make the MX-5 so involving. Unlike a big, powerful car whose performance you can only exploit every once in a while, you end up driving it hard all over the place, squeezing more enjoyment out of every moment behind the wheel. 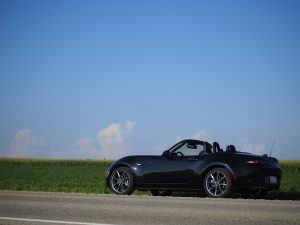 While it’s hard to call the MX-5’s interior anything but tight – and I’m not a big guy – you get all of the features you would legitimately need inside, including an easy-to-use infotainment system that’s as intuitive and clear as BMW’s iDrive; heated seats; and a terrific audio system with speakers in the head restraints to keep the tunes flowing clearly even when you have the roof down. Opt for the high-line model and you also get features like navigation, lane departure warning, blind spot monitors, and more. 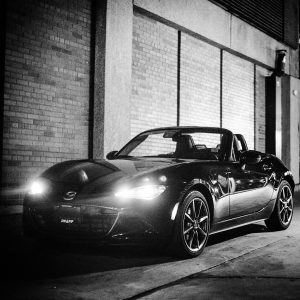 A clever, power-folding targa top MX-5 is now available, replacing the optional power-folding hardtop of the previous generation. It looks really cool, doesn’t add a lot of weight to the car, and gives it a unique look that’s totally different from the simple manual soft-top. The soft-top is still the one I’d go for, however; you can operate it with one hand in a matter of seconds, and its simplicity is more in keeping with the MX-5’s overall ethos: this is a car defined by what it doesn’t have, not by what it does have. For a car with so little power, so little grip, so little torque, and so little space, it just delivers so much fun.
Check out our new and used MX-5 inventory here, including special offers on 2017 and 2018 models.
Previous Post Next Post