It’s amazing to think, looking at the McLaren 720S, that the company hasn’t even been producing road cars for a decade. Limited-run-of-106, hand-built, mega-million-dollar F1 aside, McLaren has only been in the road car business since 2011, yet in that short time it’s gone from 12C to 650S to 675LT to this new 720S supercar, while also launching the P1 and Senna hypercars and an entire line of Sports Series models. Other sports car companies have taken literally 10 times as long to reach similar diversity and depth, yet McLaren’s foot remains firmly on the accelerator. 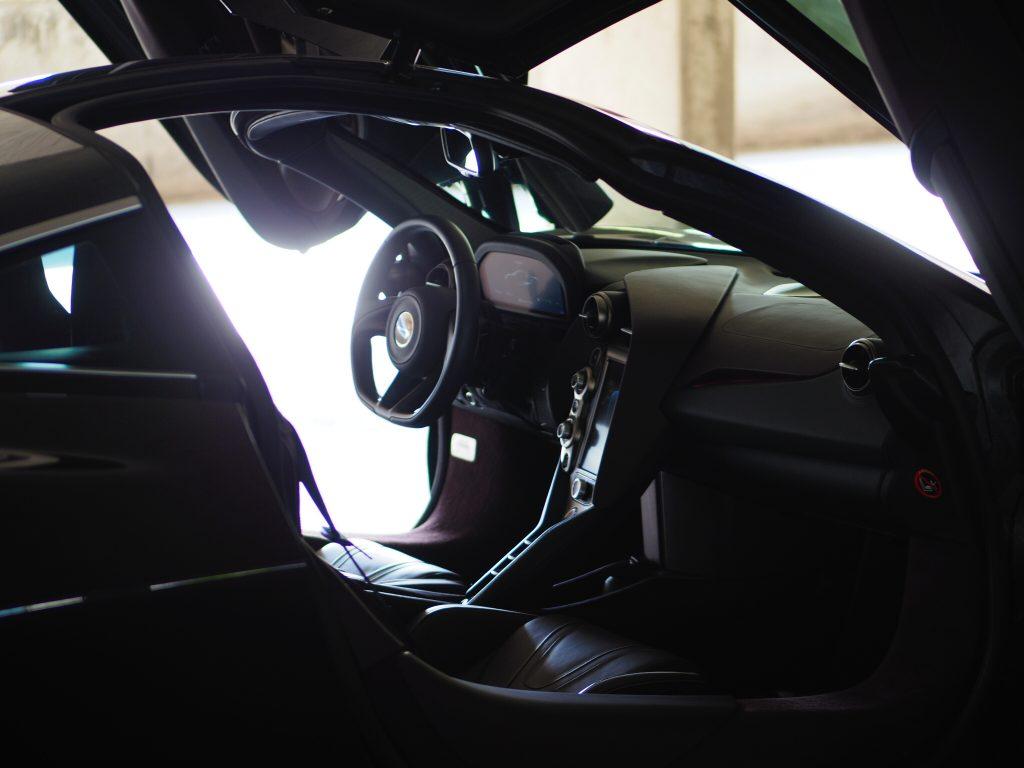 An ethos of aggressive, continuous improvement and technological innovation borne of being one of the most successful Formula 1 teams in history – walk the halls of the McLaren Technology Centre and it seems like the trophy cases never end – has something to do with it. That, and the fact that the cars are still developed and produced by a nimble, tightly-knit, and most importantly, independent organization not beholden to the compromises forced by a platform-sharing strategy, or the bureaucratic, stifling influence of corporate overlords. 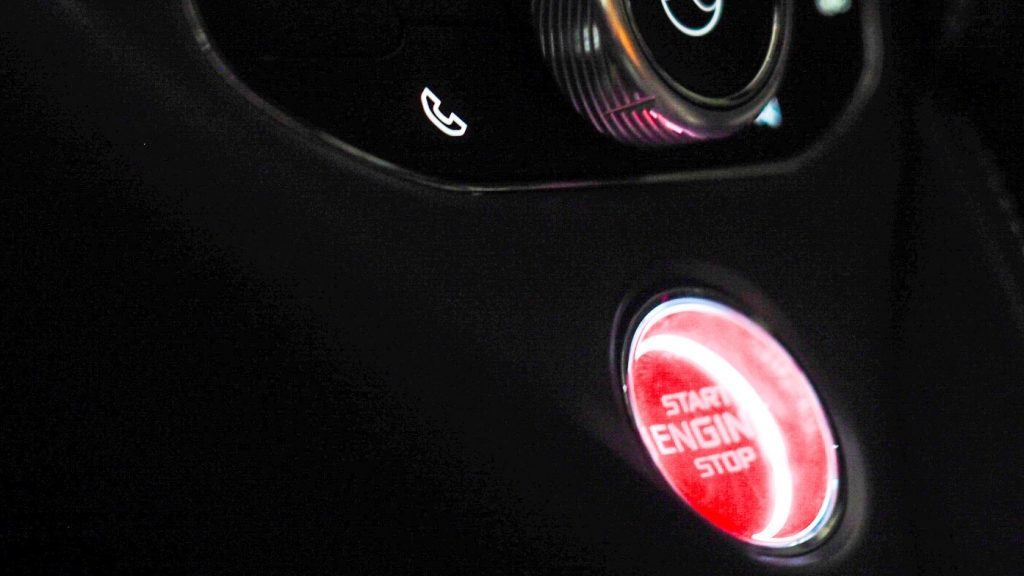 The 720S could only be the product of such a tight, focused, and forward-thinking organization. Line it up alongside its market competitors, and its technical specification alone shows just how far McLaren is pushing the supercar game forward. Instead of aluminum, its core structure is a carbon-fibre cell – significantly lighter, significantly stronger, and significantly safer in a crash. Instead of relying on conventional anti-roll bars, which force a compromise between ride quality and handling ability, the 720S’ chassis electronics can manipulate each corner independently, delivering flat, stable cornering at pretty much any speed along with a smooth ride that would shame many luxury cars. Active aerodynamics generate downforce to keep the car stuck in corners, can trim the car’s profile for high-speed cruising, and use the fast-moving rear wing as an airbrake to assist hard deceleration. 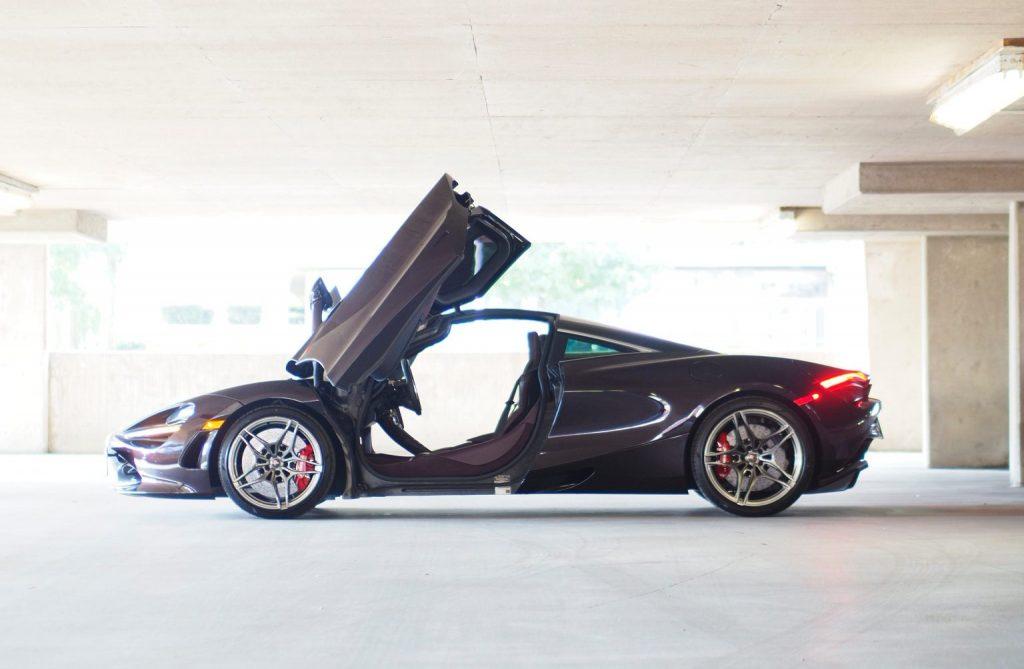 Indeed, such is the car’s technical sophistication that its new 4.0-litre, twin-turbocharged, 720-metric-horsepower V8, seven-speed seamless-shift transmission, and rear-wheel drive can be seen as merely pedestrian in comparison. But even then, innovation and clever thinking abound. Instead of a traditional, heavy limited-slip differential and its attendant low-speed lack of refinement, McLaren cleverly manipulates individual rear brakes to achieve the same effect and to improve efficiency. Management of the engine’s massive torque delivery ensures incredible traction at any speed, even in the lower gears, while delivering an incredible high-rev rush similar to a naturally-aspirated engine. 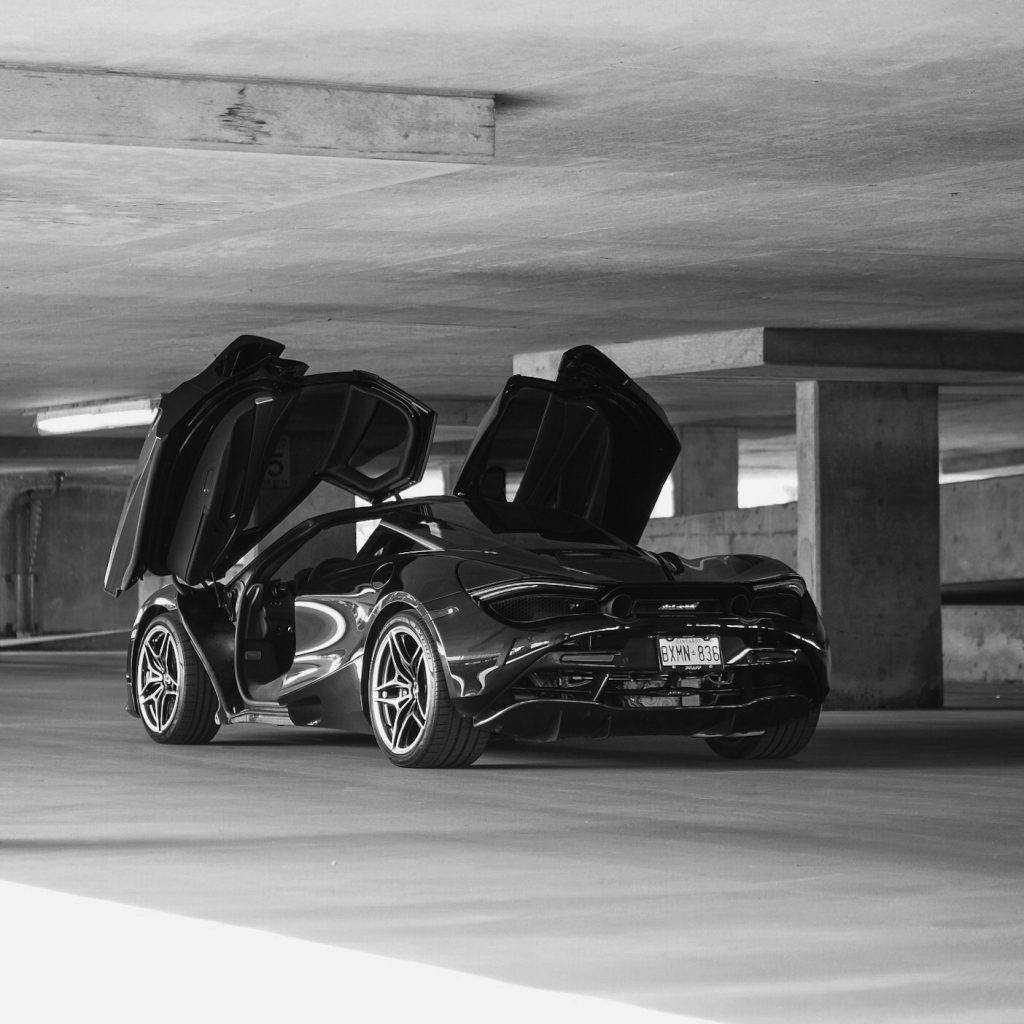 The risk of all this technology, of course, is that that the 720S might feel like a video game to drive, but quite the opposite is true. Fire it up with the glowing red starter button, ease it into traffic on a light throttle, and tackle the first couple of turns with the hydraulically-assisted steering, and you realize the car’s true magic is how all of the technology integrates to deliver a seamless, natural driving experience at any speed in any situation. Whether you’re commuting to work or tackling a difficult track lap, the car’s pin-precise steering, instantaneously-responsive gearbox, and mega-powerful brakes are right there with you, delivering reassuring stability as well as race-car thrills. 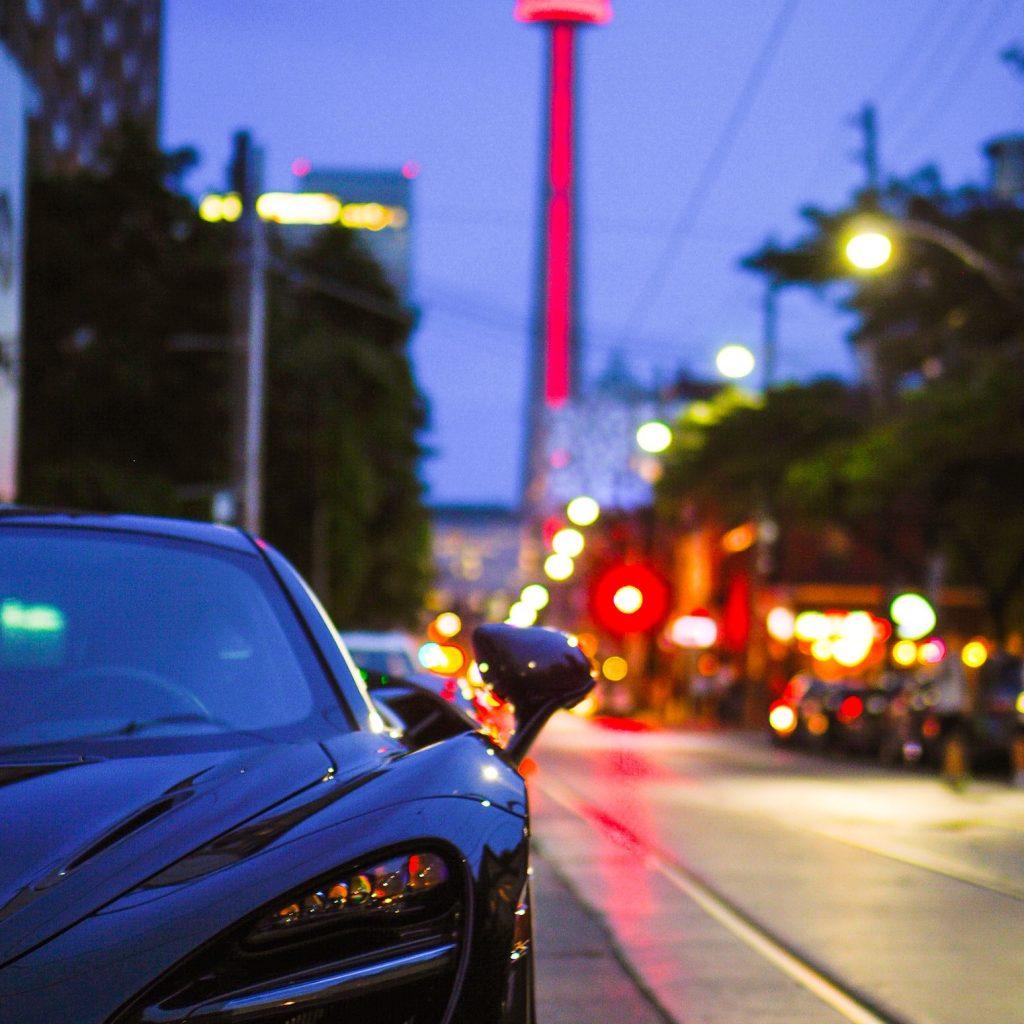 It is, of course, monstrously fast. How could something with this much power and this little weight not be? Thanks to those two turbochargers, there’s torque everywhere, meaning you don’t have to make the V8 scream if you don’t want; leave the drivetrain in comfort mode and the transmission in automatic, and you can blitz a challenging road in total comfort. But there’s more fun to be had by dialling up sport or track modes on the active dynamics panel, tensing up the suspension, sharpening the throttle response, and winding the seemingly inertia-free V8 to the upper reaches of its rev range. Find enough space to wind it out in a couple of gears and you discover the power seems to multiply, rather than tail off, with every upshift, the car leaping forward and hungry for more. 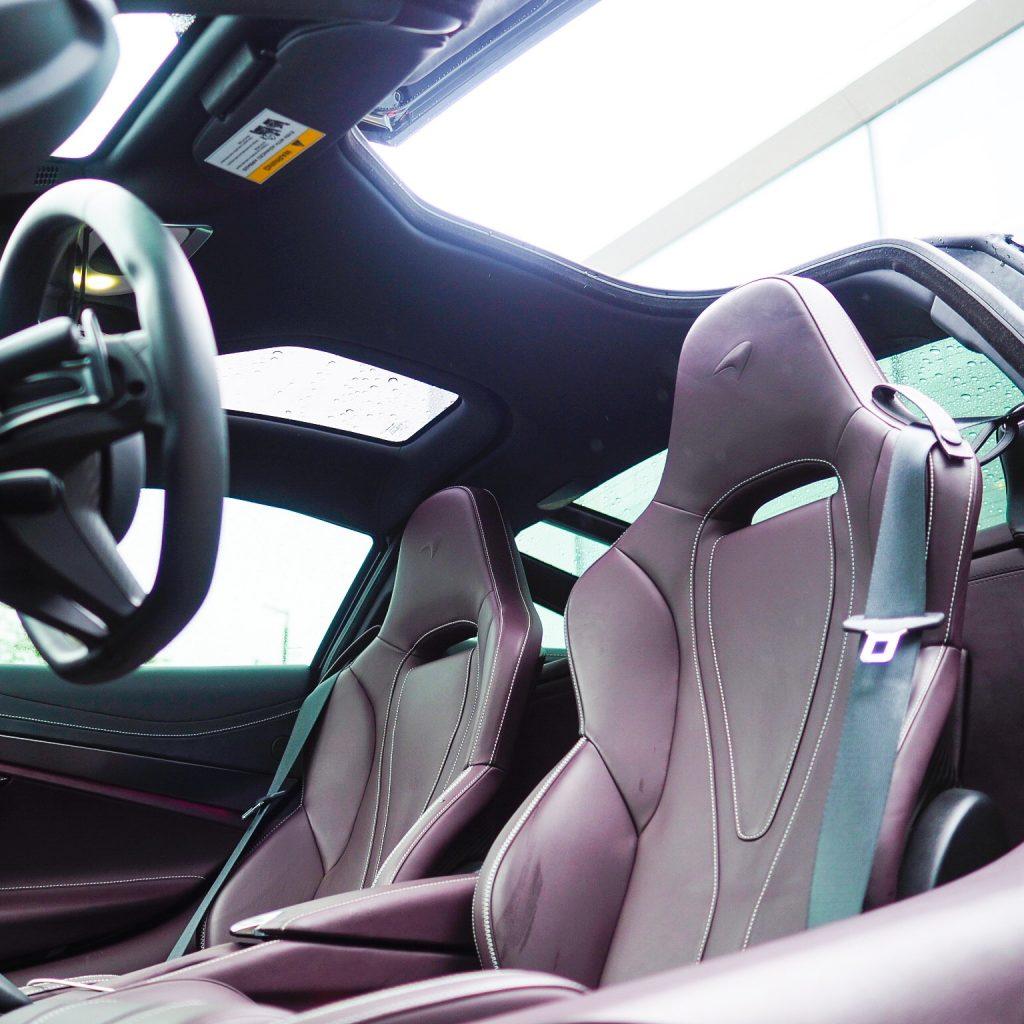 What makes the 720S’ driving experience special, though, is not the speed, which you can rarely deploy on-road anyway; it’s how approachable and friendly the car feels as you explore its performance. the steering feels completely natural, the throttle responds instantaneously even at low revs, and the brakes have a beautifully firm pedal and herculean stopping power. And while the car’s processing power and its aerodynamics deliver incredible stability, a reasonable tire footprint (your choice of Pirelli P Zeros or more track-focused Corsas) means that it always feels alive, alert, and ready to dance. How something this powerful can be this approachable, and this tossable, is pure magic.

One major reason the 720S, and indeed all McLarens, are so insanely drivable, are its ergonomics. It’s not so much that every control is exactly where you’d expect – indeed, the seat adjuster switches, mirror toggle, and some other minor controls are in places you’ll need to learn – but it’s that the big pieces, the ones that really matter to a driver, are so well-resolved. The driving position, for instance, is simply perfect: low to the ground, wheel and pedals directly in front of you, foldable high-res display straight ahead and important driving controls to the right. Visibility is unlike you’ve experienced in any supercar, with a widescreen windshield, thin forward pillars, optional glass roof panels, and glassed-in pillars at the rear giving a panoramic view all around. Together, they make placing the car confidently on the road at any speed a cinch, something that’s impossible in pretty much any competitor. 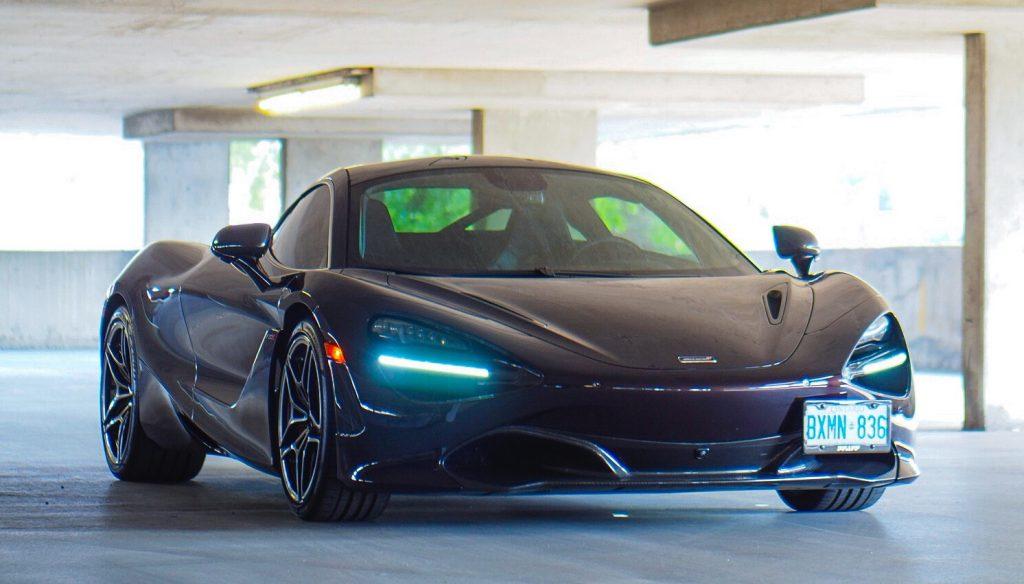 The styling of the 720S’s interior, much like its exterior, is much more complex and organic than its 650S and 12C predecessors, minimalistic controls laid onto an almost plain dashboard replaced by an extravagance of beautifully-executed surfaces and curves contrast-stitched together out of luxurious materials. Like the exterior styling, the interior should, with all those pieces and curves, feel complex and fussy, but they flow together so naturally and cohesively that it just comes across as beautiful and organic, as well as completely functional. 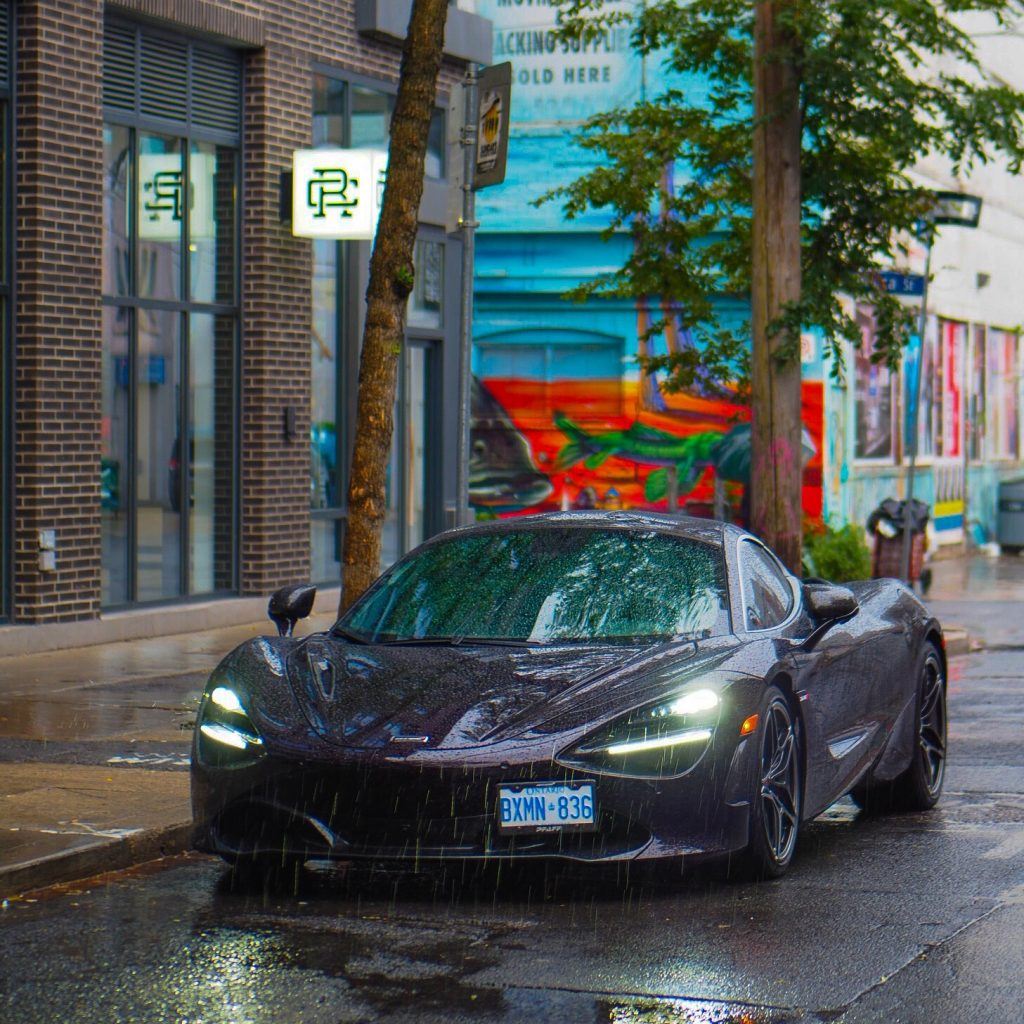 In a sense, the way the 720S looks inside and out is very much reflective of the way that it drives. Its shape, from the deep-set eye sockets that house the headlights and channel air to the radiators, to the double-walled doors that eliminate side air intakes, to the undulating rear diffuser, is incredibly complex, but gels into a classic, long-nose profile that has a timeless elegance. Similarly, its driving experience, enabled by some of the most sophisticated technology to ever grace four wheels, delivers a seamless, thrilling, and most importantly, organic driving experience that transforms ones and zeros into smiles and sweaty palms.
It’s a thing of intense and complex beauty, the 720S; but it’s also as pure and as clean a hit of driving excitement as you’re ever likely to experience.
Visit our McLaren Toronto and McLaren Vancouver websites to learn more.
Previous Post Next Post