The team’s weekend did not get off to a good start, as Hargrove’s #96 911 GT3 R contacted the wall during qualifying on Saturday morning, meaning he had to start last in the 11-car GT field. A wild start to Saturday’s race with multiple accidents led to a restart, where he moved up to second, and eventually passed fellow Canadian Daniel Morad on lap 18. Hargrove then held off the challenge of Toni Vilander to secure the victory.

“The start was crazy,” Hargrove said. “We were pretty quick in qualifying but then I saw Daniel (Morad) in front of me and I knew that I had good brakes. So after the third time, I knew I could try and make the pass for the lead. I’m thrilled with the win because the car is flawless.” 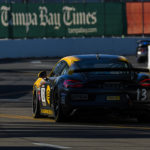 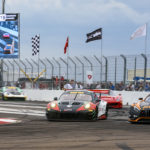 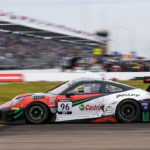 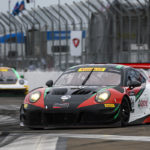 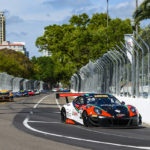 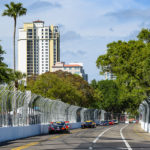 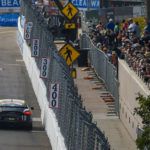 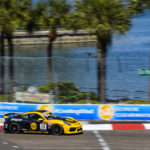 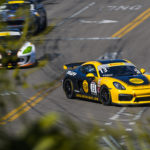 For race two, Hargrove started from pole in the GT class, holding off German Daniel Keilwitz in an incident-filled race which was red-flagged on lap 26. Canadian Daniel Morad finished third.

“It was a great weekend,” said Hargrove after race two. “A little unexpected after yesterday’s qualifying but it was a great comeback for the team. I knew that I could quickly run into the wall going into turn one like we did in qualifying, so I had to be a little bit smarter on that at the start. At the first restart, I had a good jump and I tried the exact same thing the second time but, of course, (Daniel) is smart and he figured out what I was going to do. So he got around me and then it was a fight side-by-side a couple of times, both slipping and sliding.” 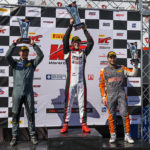 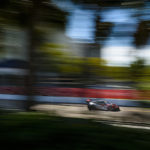 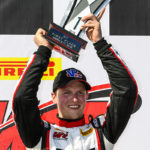 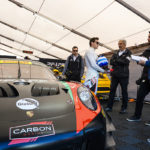 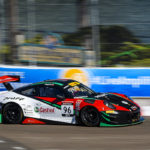 The upcoming Pirelli World Challenge events will be held at Circuit of the Americas (COTA) on March 23-25 with the season opening races for the GT SprintX, GTS SprintX and Touring Car classes including the all-new TCR division. For the latest updates, news and behind the scenes content, follow @PfaffMotorsports and @PfaffAuto on Instagram.