Dean Neuls is the CEO and co-founder of AlgaeCal, a leader in the field of natural bone health and maker of the world’s best bone supporting anti-inflammatory product, Triple Power Omega 3 Fish Oil. He has been operating the company since its beginning in 2002. 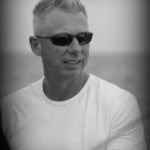 Born in Grenfell, Saskatchewan and raised all over Canada, Dean is also a longtime and highly-engaged car enthusiast. His first performance driving experience was at a local autocross club with his BMW M3 cabriolet; he had so much fun and wanted so much more that when he heard a new track, Area27, was being built four hours from his home in British Columbia, he immediately signed up for a membership. Area27, where Pfaff is a corporate partner, opened in the fall of 2016.

Dean recently purchased Scott Hargrove’s 2017 Porsche GT3 Cup championship-winning 911 GT3 Cup, and stores it at the racetrack, where he has significant plans for it.

What was the trigger for you deciding to purchase a race car?

Since becoming a member of Area27, I have become a bit of a fanatic, spending 28 days at Area27 last season with my 911 GT3 RS, a sale that Rick Reid from Pfaff helped facilitate! At age 56, it is such an unspeakable joy to discover a new passion, and something you’re actually decent at.

The first thing I did was invest in my brain, by getting BC native Scott Hargrove to coach me several times. I’ll never forget the day he said, “have you ever thought about taking up racing?” I thought he was just being nice to this old guy, but he repeated it the next time we were out – and my lap times were creeping closer to his. Indeed, until Scott drove my GT3 RS, “Mr. Purple,” I actually held the track record for a production car for a while.

So eventually, I thought, “what could be more exciting than lapping?” The answer was racing!

When my Area 27 buddy, Nick Kwan, told me he was going to Porsche Racing Experience One in Rome last October to learn how to race, I thought it was an ideal way to get started – so I joined him. That turned out to be one of the top experiences in my life, and I was hooked.

Why did you decide to purchase a Porsche cup car?

The last night of the Porsche Racing Experience, the other students and I were having dinner and Scott texted me to ask how race day had gone.

Now, I loooooove Mr Purple, and had the best summer ever lapping with it, but after five days with Manthey Racing at the Porsche Racing Experience, I knew that a Cup Cars was the next step in the evolution. For me, the Porsche is a no-brainer after seeing most of the other domestic cars perform in the Okanagan valley summer heat; many would overheat or not perform. Indeed, on the hottest days, Area27 turns into pretty much an all-Porsche club. Plus, I was chasing full-on stock cars and keeping up and completely out-braking them with that amazing Porsche street car.

What was it about this particular Cup car that made you decide “it’s the one?”

So, when Scott texted that night in Rome, I had to ask if his season-winning cup car was for sale. I had watched him crush the competition in every race in that car, and since he was my coach, there was a strong connection to the Pfaff/Castrol race car. I wanted number 9!

Scott connected me with Steve Bortolotti, Pfaff’s race team manager, and we negotiated a deal in minutes over the phone from Rome!  So, after not sleeping for five nights due to the excitement of racing, I had one more night of sleep deprivation due to excitement about my new purchase!  My wife thought I was becoming a teenager again.

So, the number 9 car will be used for intensive training to get tuned up for Europe, at my local track. 15 sets of Michellin slicks are on order as I plan to burn them up in true Hargrove fashion learning to drive the beast; I’ve already told Scott that he should free up some time for coaching me in March and April!

I’m keeping the full championship-winning livery on the car for 2018 in honor of Pfaff and Scott’s amazing achievement.

With some luck, I will graduate from Porsche Race Experience Two with an International C license, which will then allow me to race the number 9 car in one of the North American series in 2019. The plan is to use it as a promotional tool for my company, https://www.algaecal.com/ so, sadly the livery will have to change. I’m super thrilled about learning the sport with this car, and will keep you posted!