McLaren Toronto is one of just 10 retailers worldwide chosen by McLaren to retail the brand’s motorsport products, supporting a further expansion of the brand’s customer racing portfolio.

“Motorsport retailers represent an important milestone for McLaren Automotive – strengthening a core part of the business, and bringing the world of road and track models even closer together,” said Jolyon Nash, Executive Director, Global Sales and Marketing, McLaren Automotive. “Motorsport has been, and will continue to be, a core value to the McLaren brand which truly was born on the track, and this runs through the DNA of each and every product that we hand assemble.”

McLaren Toronto’s appointment was announced along with another major element in the refreshed motorsport program, a GT3-class race car based on the award-winning McLaren 720S. Two concept sketches have now been released. 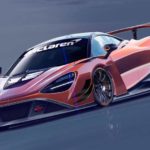 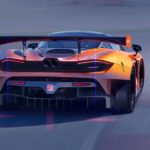 The 720S GT3 will benefit from race and championship-winning experience and knowledge accrued by McLaren during six seasons of motorsport activities. Following an intensive development programme in the 2018 season, the 720S GT3 will make its competitive debut with customer teams in the 2019 season and will be fully compliant with GT3 regulations and eligible to compete in all GT3 race series globally.

Both actions are all designed to bring McLaren’s customers even closer to the action than ever before – crucial for a brand born on the racetrack, as McLaren Automotive CEO, Mike Flewitt, explained: “McLaren is built on racing and providing our growing family of customers with unique and exhilarating driving experiences. It therefore makes sense for us to unveil a dedicated, widened motorsport programme designed to support and enable more of our customers to focus on enjoying the thrill of pushing our cars on the track. The 720S GT3 will provide a stunning race-going addition to our Super Series product family and drivers will now be able to hone their skills under expert guidance backed-up by our technicians at the circuit and our motorsport retailers away from it.”

The 720S GT3 joins the successful 570S GT4 in McLaren’s race car lineup. The 570S GT4 has achieved considerable success in its first season, securing victories in every series in which it has campaigned – including a win in the Continental Tire Challenge with McLaren’s Canadian brand manager, Chris Green, and Jesse Lazare, at the wheel. Customers can order the 570S GT4 from McLaren Toronto for their own racing purposes. 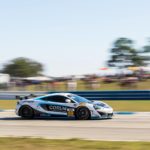 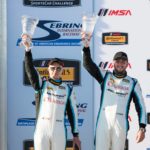