Porsche Exclusive Manufaktur refines the most powerful Macan Toronto. With the Porsche Macan Turbo Exclusive Performance Edition, Porsche is introducing a particularly elegant version in the Macan line-up. The Edition model is based on the Macan Turbo with Performance Package, which features a 3.6-litre V6 turbo engine capable of producing 440 hp. Exclusive exterior and interior design features underline the highly sporty character of the most powerful derivative in the model line. The sports car amongst SUVs is carefully finished by hand in the Porsche Exclusive Manufaktur department at the Leipzig production site. 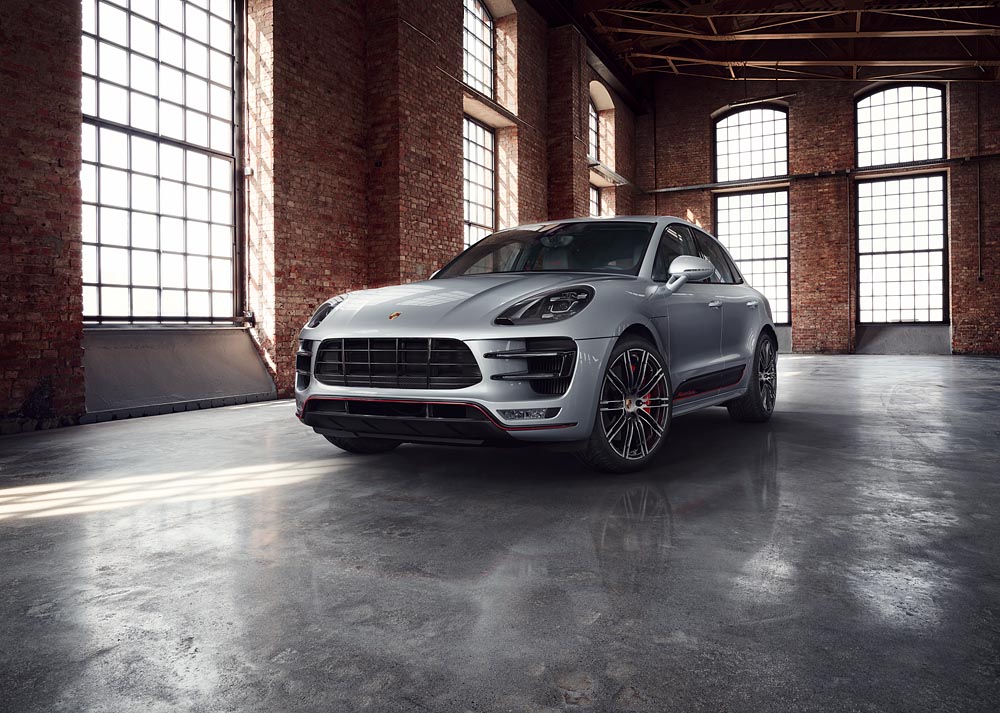 The standard Turbo exterior package is the foundation for the unique appearance of the Macan Turbo Exclusive Performance Edition. This package includes features such as 21-inch 911 Turbo Design wheels with lateral spokes painted in Black (high-gloss), LED headlights, and tinted LED rear lights. Additional design components created specifically for this Edition model underline the exclusive character of the vehicle. Elements on the front spoiler, rear apron and side blades painted in Carmine Red are just one example of such exclusive details. The “Macan turbo” model designation is also painted in Carmine Red underneath the Black (high-gloss) “PORSCHE” logo on the rear end. 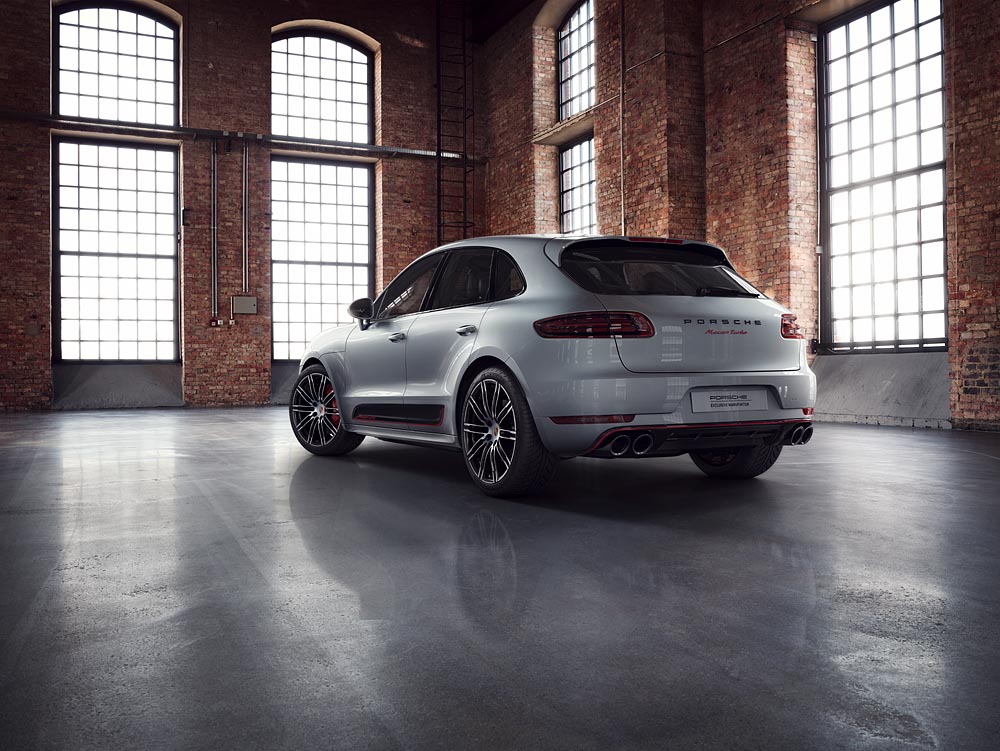 The elegant passenger compartment also features accents in black and red. The standard Exclusive Performance Edition interior package in Garnet Red combines a black leather interior with several Alcantara elements. The Garnet Red bolsters for the front seats have been designed exclusively for the Edition model. This colour is also used for other elements, including the contrasting stitching, the embroidered “turbo” lettering on the headrests, the seat belts, the ring of the Sport Chrono stopwatch and the vehicle key wallet. The aluminium PDK gear selector has also been intricately finished with leather in Garnet Red, and a “Macan Turbo Exclusive Performance Edition” logo has been added to the customized door entry trim strips and the dashboard trim. The front seats, rear bench seat and steering wheel are all heated as standard. 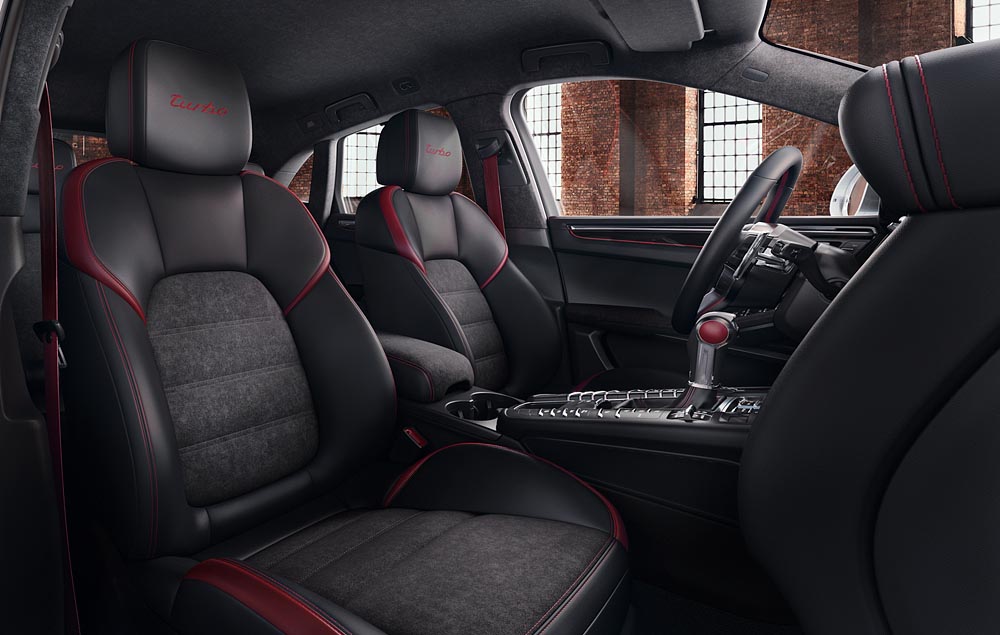 The Macan Turbo Exclusive Performance Edition is based on the most powerful derivative in the model line: the Macan Turbo with Performance Package. Its 3.6-litre V6 engine with twin turbocharging delivers 440 hp; 40 more than the Macan Turbo. The Macan Turbo Exclusive Performance Edition accelerates from zero to 100 km/h in just 4.4 seconds and achieves a top speed of 272 km/h. A maximum torque of 443 lb-ft. is available to the driver across a broad speed range of between 1,500 and 4,500 rpm. An impressive amount of tractive force is also guaranteed: It takes just 2.9 seconds to accelerate from 80 km/h to 120 km/h. The standard equipment includes a high-performance brake system with grooved brake discs that are 390 millimetres in diameter, the controlled Air Suspension including Porsche Active Suspension Management (PASM) chassis, which is perfectly tuned to account for the fact that the body has been lowered by 10 millimetres, the Sport Chrono Package and the sport exhaust system.

The Macan Turbo Exclusive Performance Edition is available to order now, with prices starting from $117,600. It is slated to arrive in Canada in the first quarter of 2018.

Porsche Cars Canada, Ltd., a dedicated subsidiary of Porsche AG, imports and distributes Porsche vehicles in Canada. The company employs a team of more than 50 in sales, aftersales, finance, marketing, network development, and public relations. In 2016, Porsche sold an unprecedented 7,061 units in Canada, up 10% over the prior year.