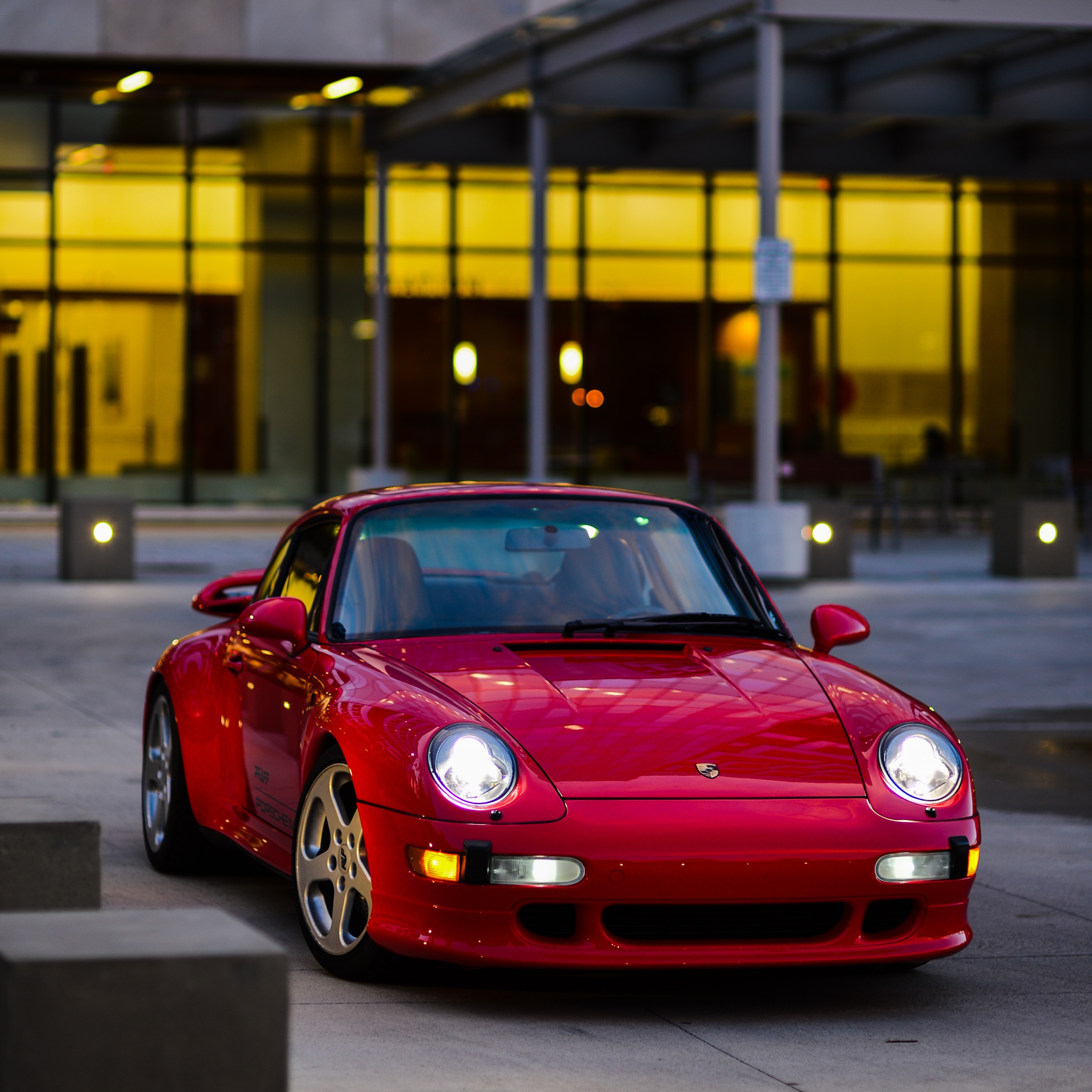 Even within the ranks of Porsche enthusiasts, the name Ruf has a certain special connotation. Based in the small German town of Pfaffenhausen, Ruf is well-known as one of the world’s premier Porsche upgrade and modification outfits, but it’s actually recognized by the German government as a vehicle manufacturer in its own right.

Founded in 1974, the company has been modifying Porsches for over 40 years, and its calling card has often been turbocharging. The first Ruf-enhanced Porsche debuted in 1975, enlarging the stock 911 Turbo’s 3.0-litre engine to 3.3 litres and substituting the four-speed manual with a prototype five-speed gearbox. In the mid-eighties, the iconic turbocharged CTR “Yellow Bird” gained immortal status thanks to a top speed of over 200 mph, and a video called “Faszianation on the Nurburgring,” where test driver Stefan Roser drifts the turbo’d 911 around the entirety of the legendary European racetrack. 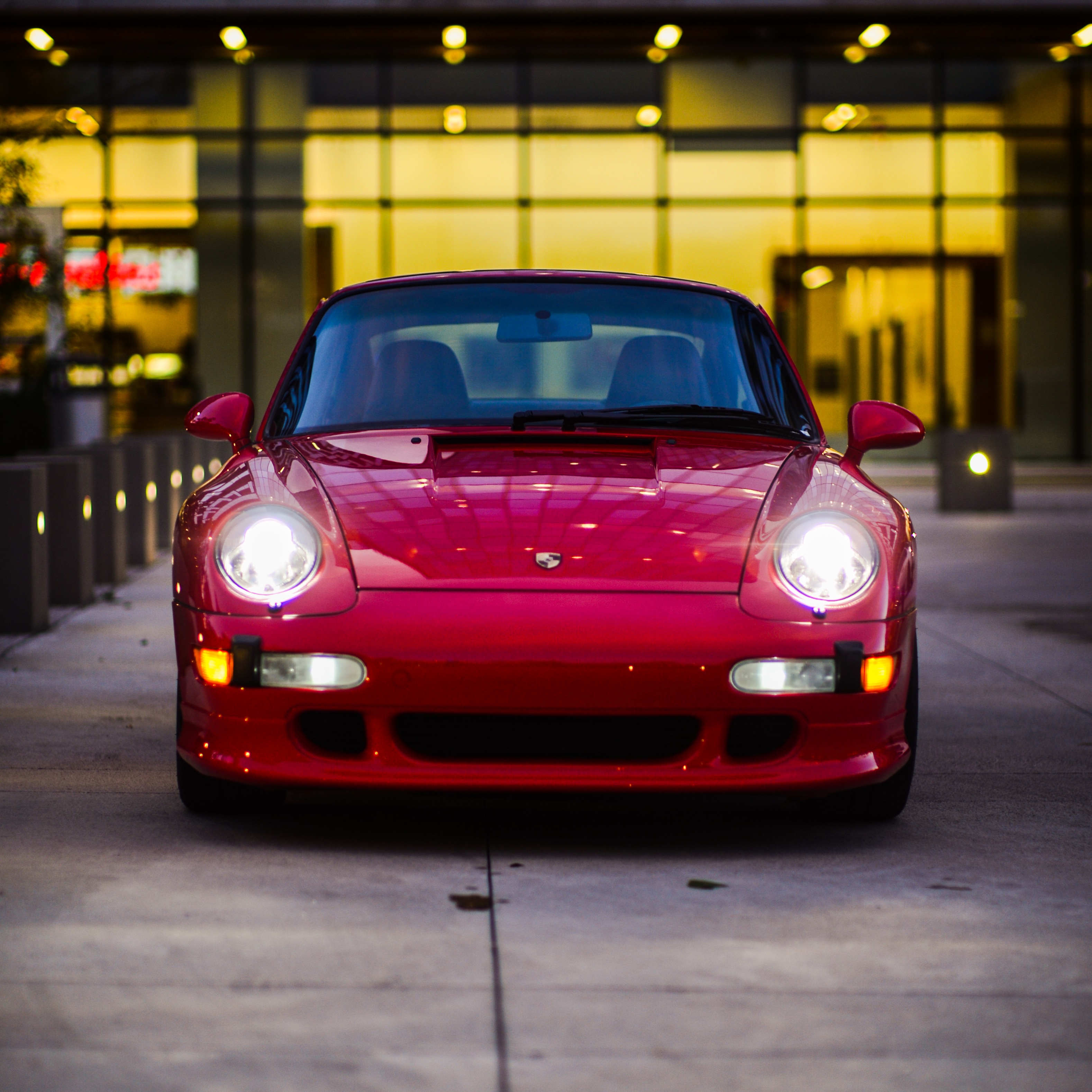 Since then, the company has released icon after icon – mostly turbocharged, always incredibly fast, and always on the company’s signature five-spoke alloy wheels. What makes Ruf’s creations special is their completeness, the level of finish, refinement, and attention to detail that have earned the brand its manufacturer status. They may be fast, they may be extreme, and they may be, in extremis, challenging to drive, but they are also solid, durable, and built to be driven hard, not just shown off. 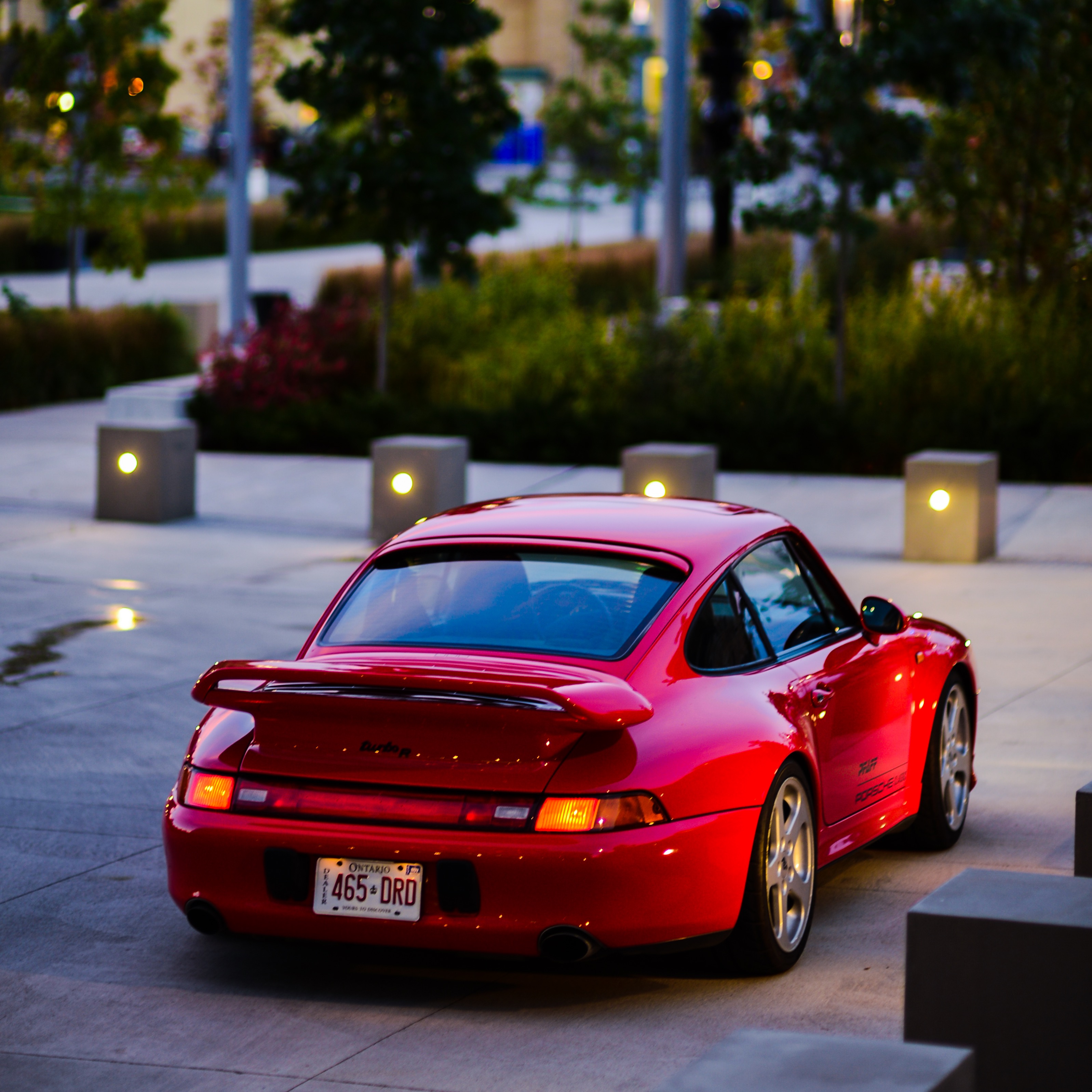 This 1997 Ruf Turbo R, currently available at Pfaff Porsche, is a great example. It does not show or feel its 88,000 miles (150,000 km) at all, looking and feeling as solid as it was when new. When you look at its upgrade and service records, it’s not difficult to see why. In 2001, with 41,000 km on the odometer, the owner of a Porsche 911 Carrera 4S sent the vehicle to Pfaffenhausen for a full Turbo R conversion, including a 78,000-Deutsche Mark motor, an upgraded six-speed manual gearbox with specific gear ratios, and more; the total bill was almost 95,000 Deutsche Marks. Dyno sheets from Ruf confirm that the flat-six produced 515 hp when re-installed in the car, with the turbocharges producing 1.1 bar of boost. 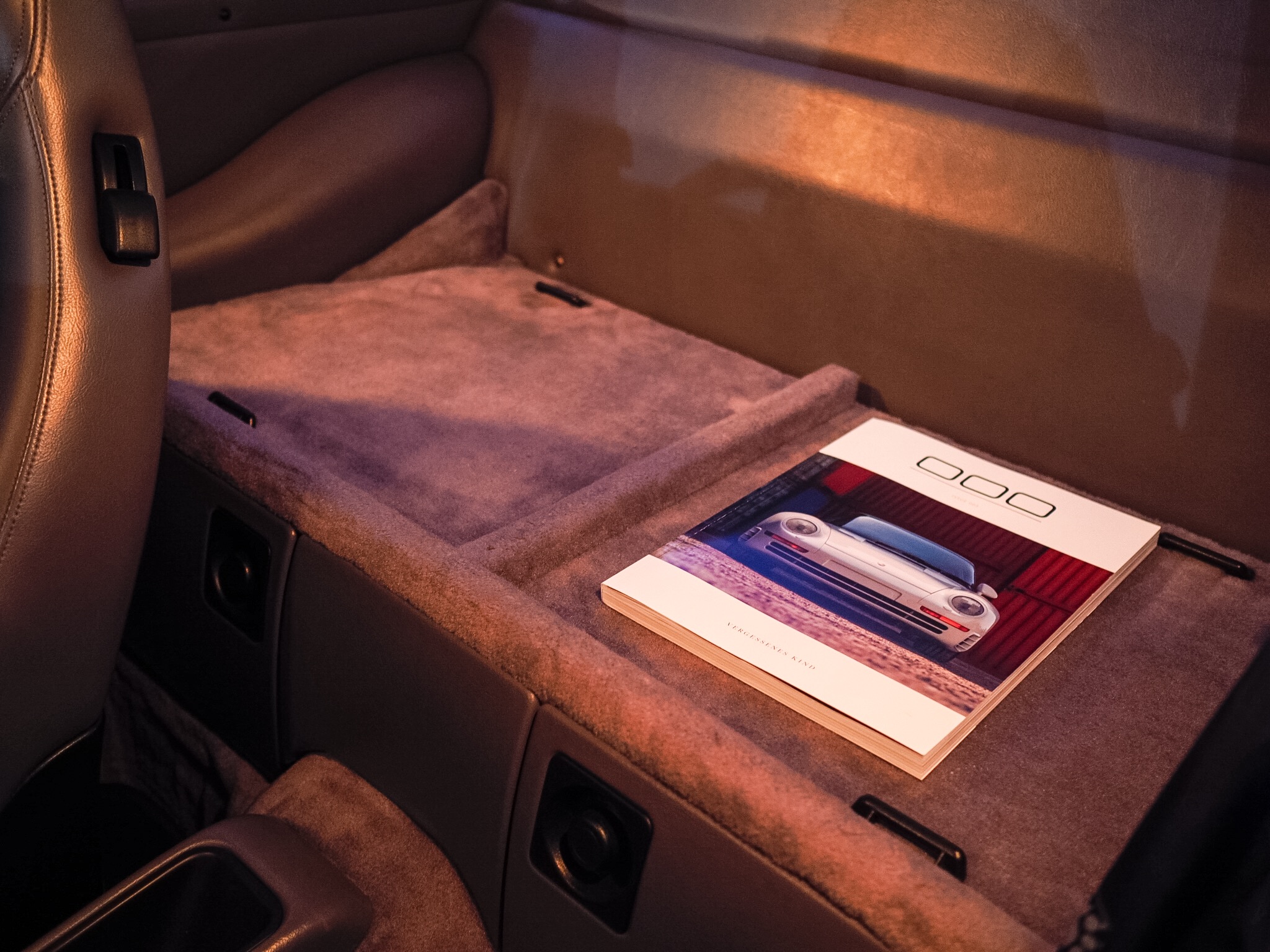 Further upgrades included removal of the rear seats and replacement with a parcel shelf and two storage compartments; 18-inch Ruf wheels, a Bilstein PSS10 coil-over suspension kit to improve handling and lower the ride height; new stabilizer bars and bushings; a Sachs motorsport race clutch package; new WEVO motor mounts; and much more. For all intents and purposes, almost every mechanical element of the car has been thoroughly gone-over, replaced, or upgraded. 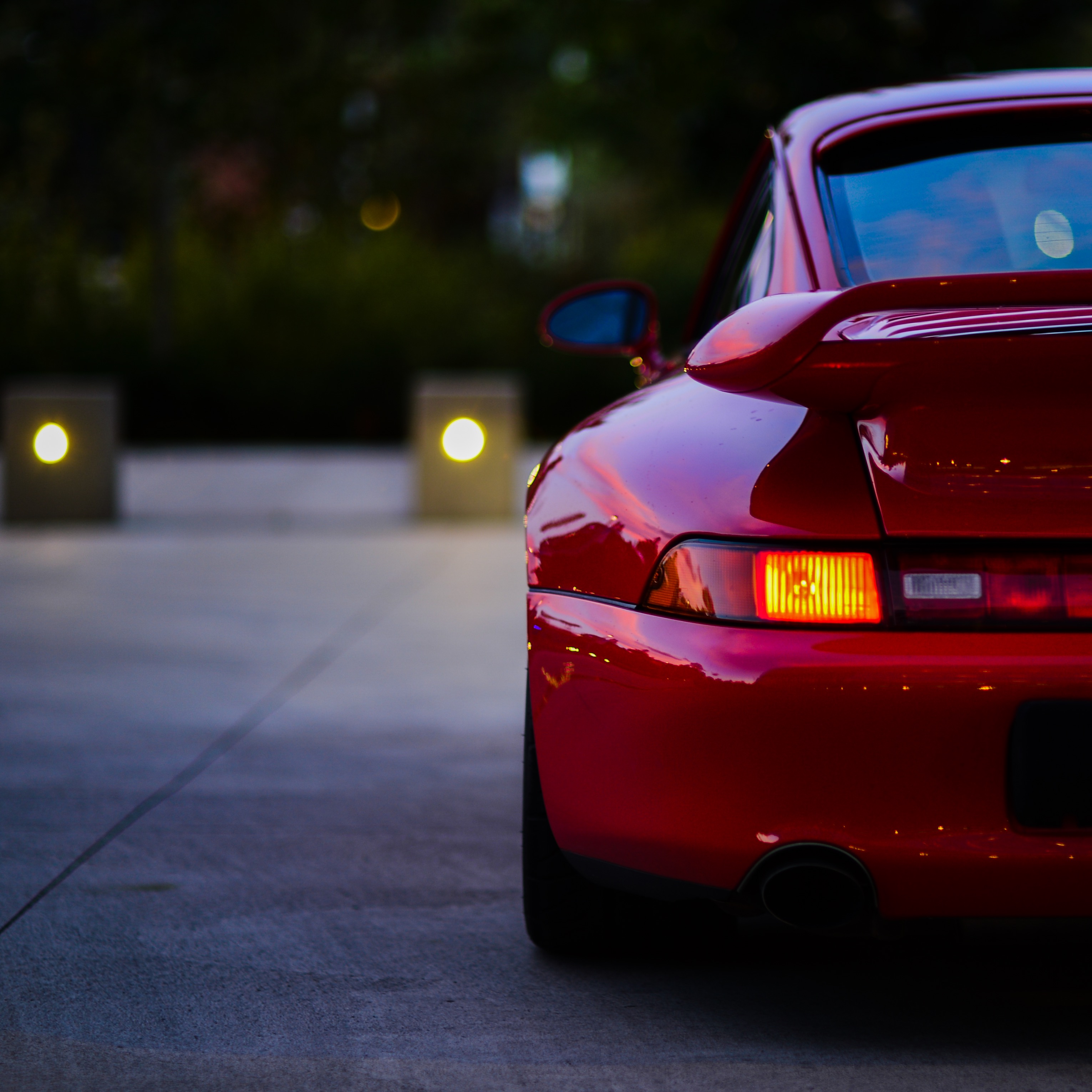 This attention to detail is matched by the exterior, which features a subtle Ruf body kit, including front lip spoiler, two-tier rear wing with air intakes, and rain-gutter fairings; and by the interior, which features a boost gauge on the centre console, a three-spoke Ruf steering wheel, and weighted metal-and-leather Ruf shift knob. All of it has been meticulously and expensively maintained, with a binder full of service and parts receipts documenting every step of the way. 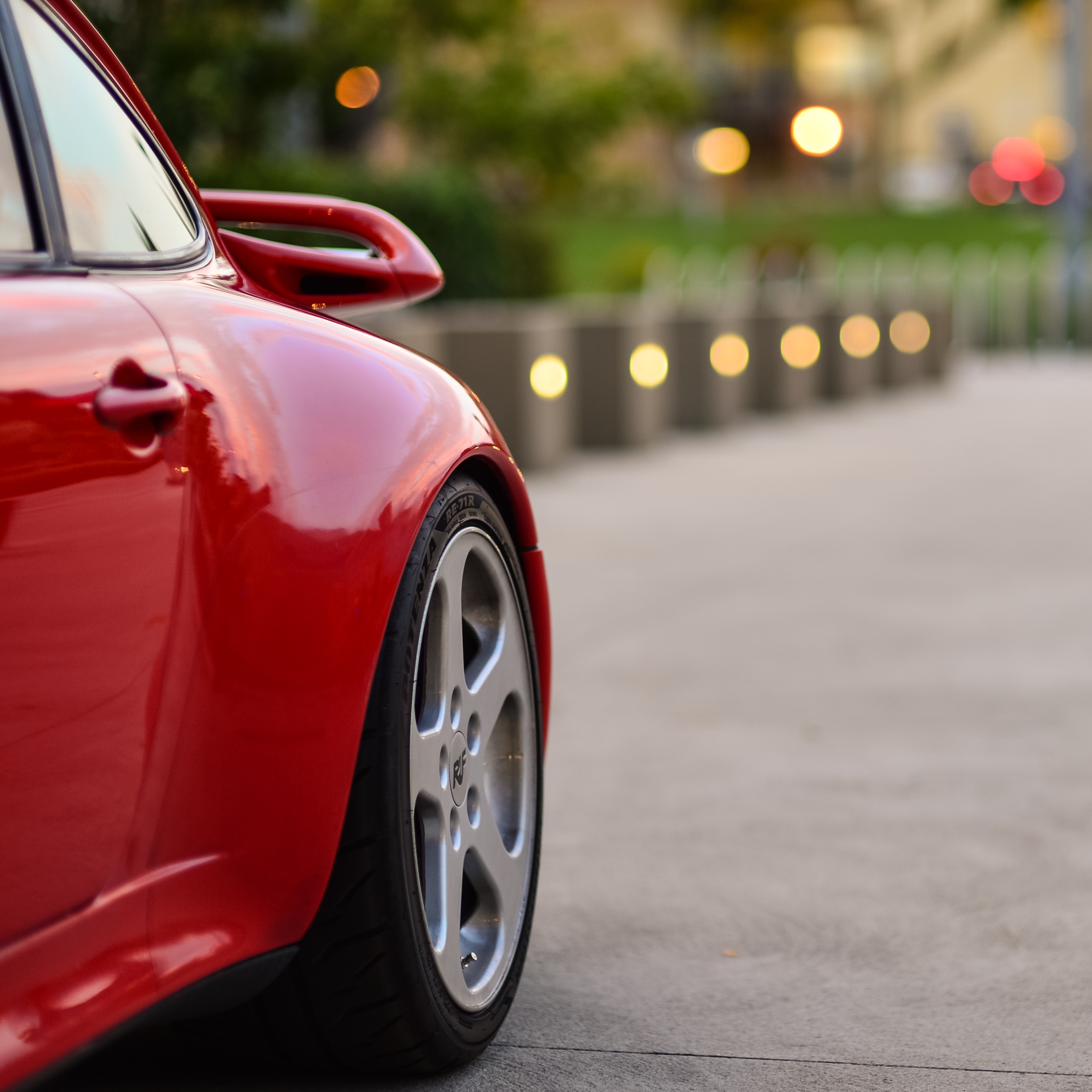 The net result is a car that feels, from the moment you open that bank-vault door, to the instant start-up of the engine to the way it exhibits no squeaks or rattles, like a new car. The exterior and interior are time capsules, and even the period-correct factory Porsche radio is in beautiful condition. The drilled aluminum Ruf pedals, hinged from the floor like all air-cooled 911s, have a surprising heft to them, feeling meatier and more aggressive than most turbocharged 911s, and the steering and gear shift feel weighty, solid, and trustworthy.
Having spent time in 993 Turbos before, I was expecting the Ruf to have a similar feel – fast, but refined and a little luxurious around the edges. While the refinement is there – gorgeous leather, a beautifully-trimmed interior, a great stereo – the Turbo R feels much more aggressive, requiring hefty inputs, but delivering a much more serious gut-punch of performance. 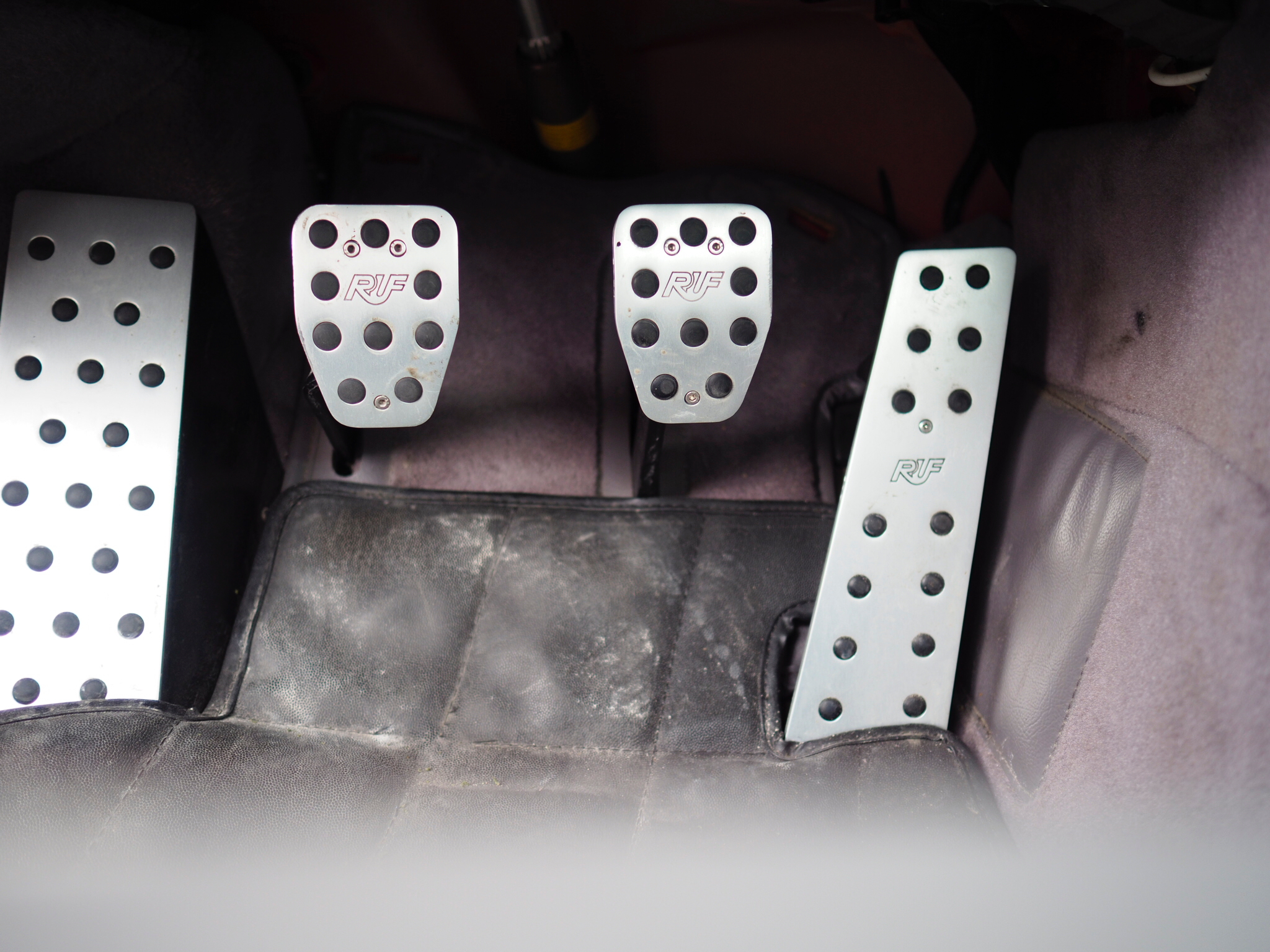 The star of the show here is the engine. It crackles with character, with a rich hot-rod idle and huge, instant-access torque from the moment you roll onto the gas. The flexibility and rush of speed at low revs is a genuine surprise, and for a moment you think that the turbocharging must be so subtle that the boost has come on gently enough for you not to notice. Then, as you pass 3,500 rpm and the two KKK turbos really start to spin, a whole other wave of power rolls in, on a thrilling tidal wave of mechanical noise. The six-speed gearbox’s ratios are geared for autobahn speeds, meaning you make a lot of use of first and second gear in the city, and it soon becomes second nature to drive the Turbo R a gear lower than you would most other cars so you can stay in the sweet spot of power and noise. 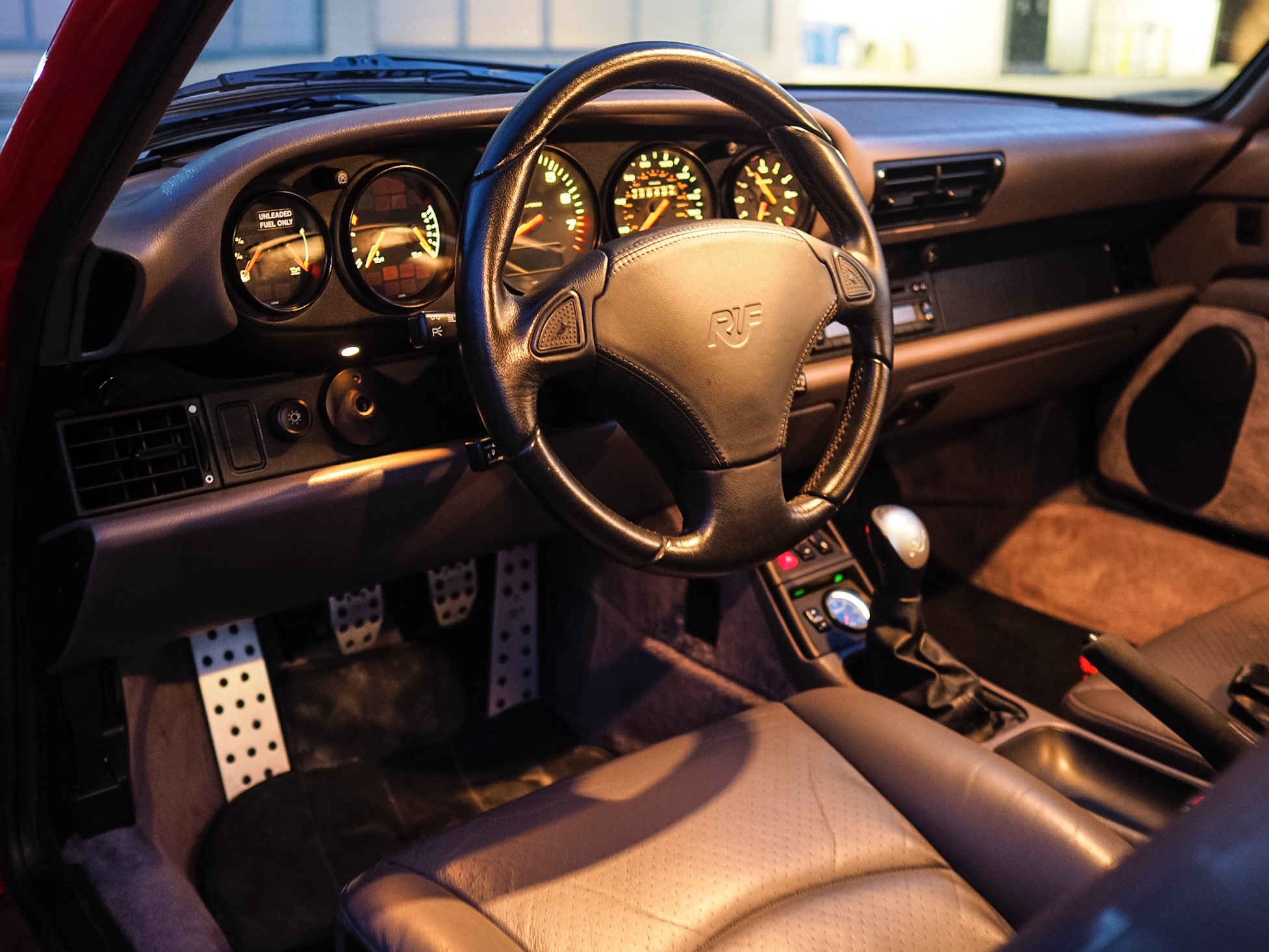 Sitting significantly lower than a stock 993, and on five-way adjustable Bilsteins, the Turbo R unsurprisingly rides pretty stiffly in town, but it’s not a jarring kind of stiffness: the damping feels sophisticated, and the suspension rounds the edges off harsh bumps, even while ruthlessly controlling the body’s motions. On a winding road, or through a series of turns, the weighty steering gives tons of feedback, while the upright seating position, thin pillars, and great view out make it a cinch to place this widebody Porsche exactly where you want it, at pretty much any speed you dare thanks to the huge, grippy Bridgestones. The brake pedal has similarly high effort to the gas and clutch, but pedal feel is spectacular, as is stopping power; you would expect no less from a car capable of over 320 km/h flat-out. 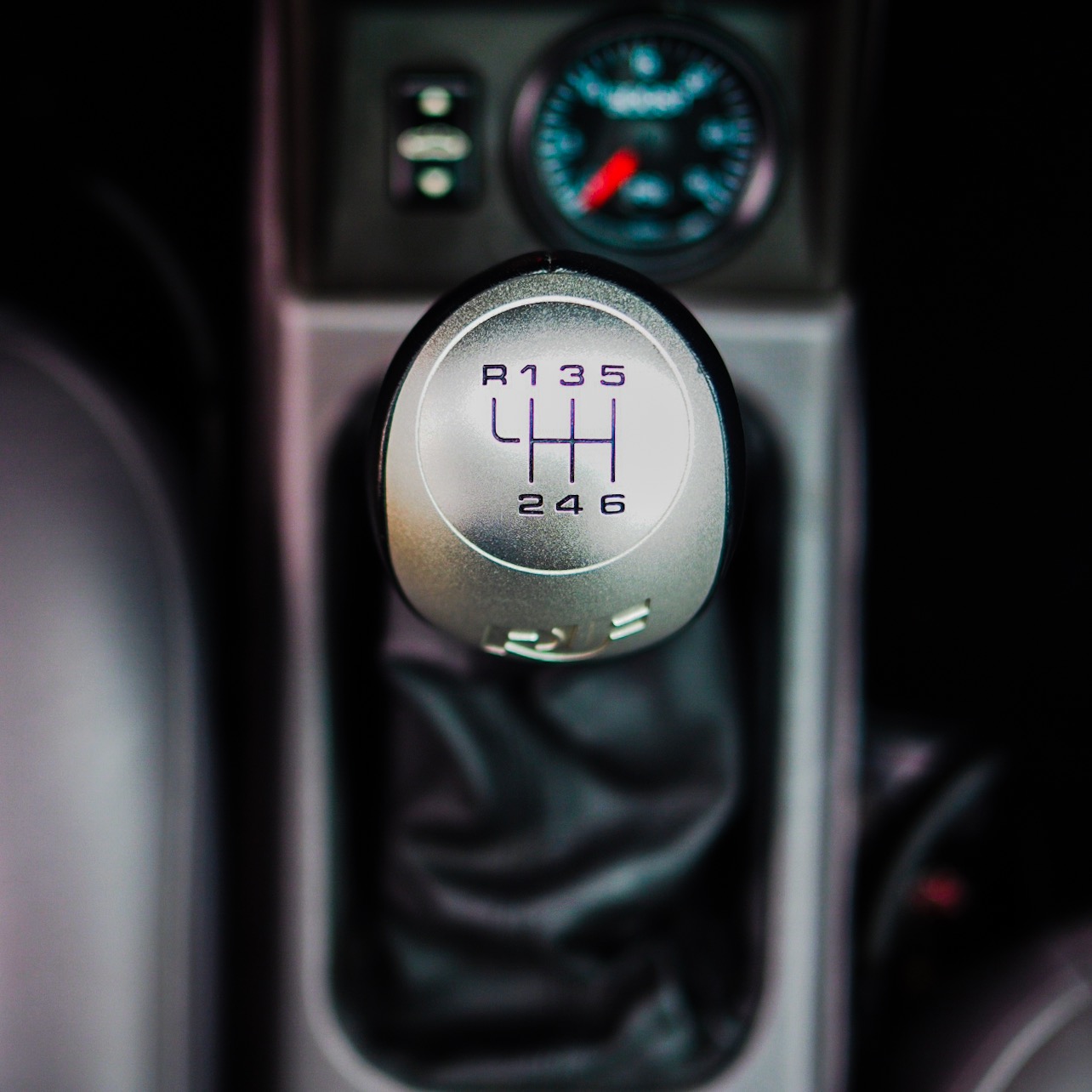 Simply put, to drive, this car is spectacular, friendly and ruthlessly capable in ways that would be impressive of a modern car, let alone something 20 years old, but layered with the compact dimensions, unfiltered communication, and intimate feel that only an air-cooled 911 can deliver. Crucially, it looks, sounds, and feels special no matter how fast you’re going, and is as awesome to punt around city streets staring at its reflection in office tower windows as it is when dissecting a back road at high speeds. 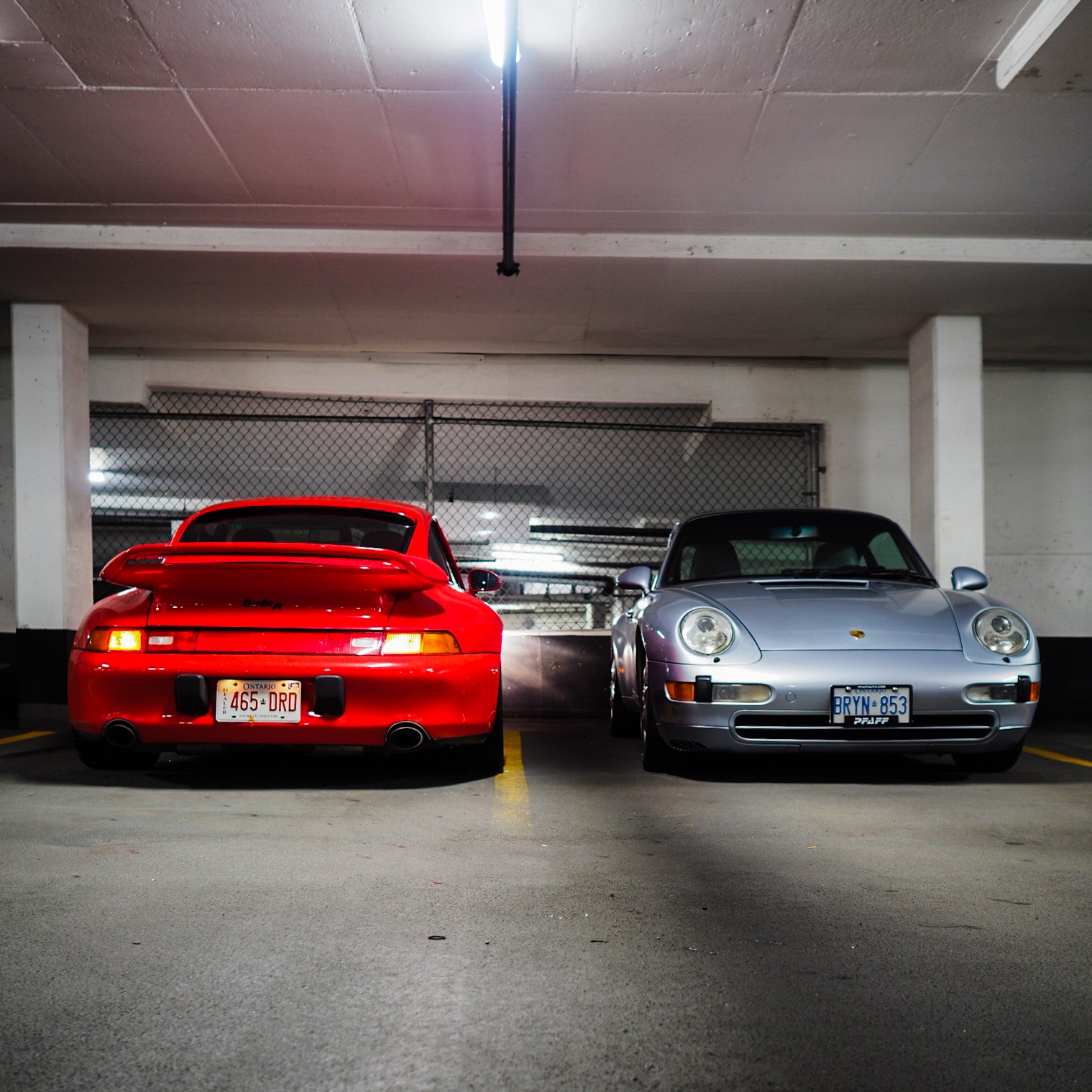 I’ve driven a fair number of air-cooled 911s in my time, a number of them 993s, and am lucky to drive my own on a regular basis. This Turbo R is, by far, the most special 993 I’ve yet to spend time in – and that’s saying something.
Interested in this vehicle? It is for sale and available at Pfaff Porsche.
Previous Post Next Post