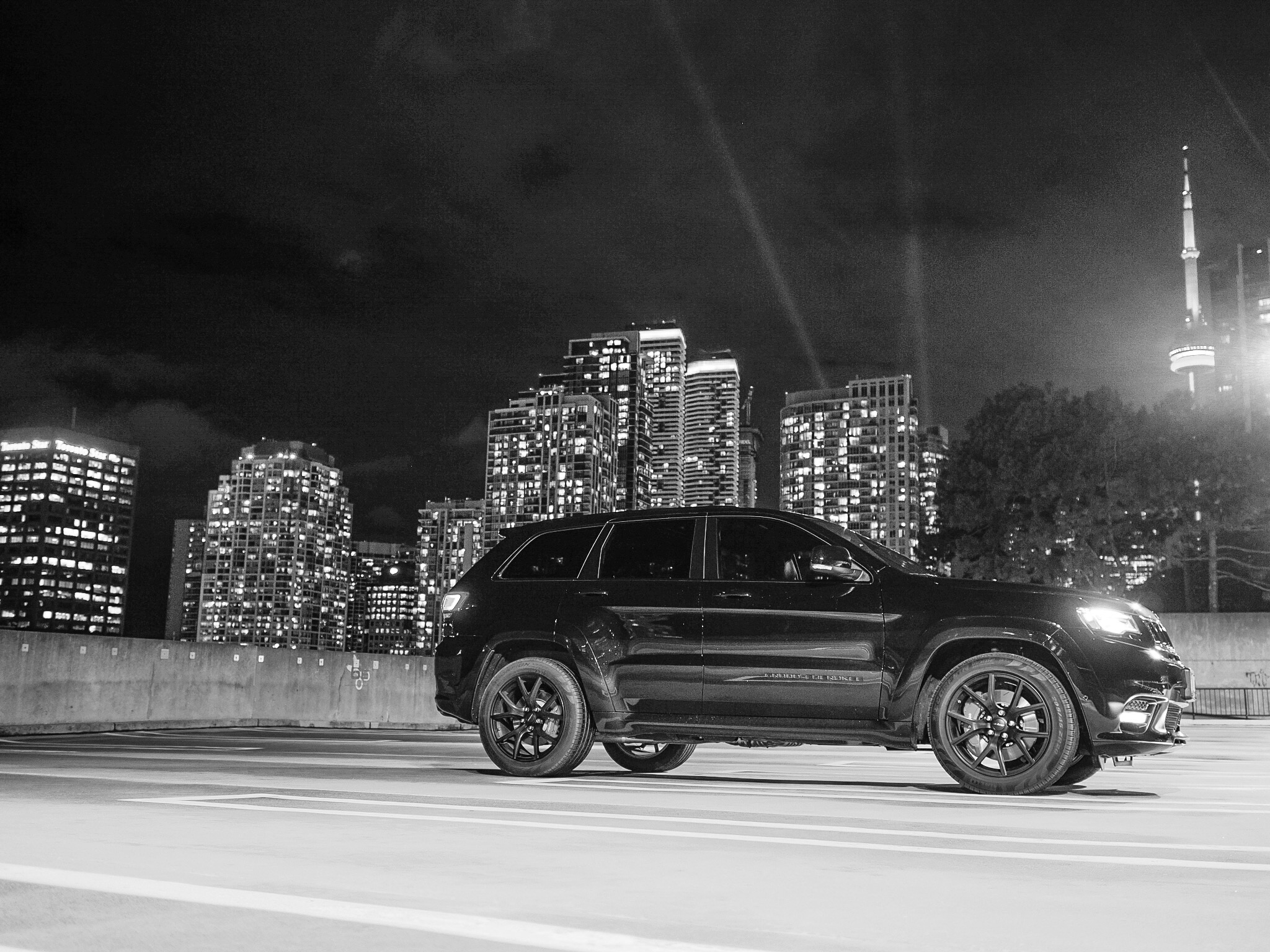 If ever there was an award for bang for the buck, Chrysler/Dodge/Jeep’s SRT products would surely top the standings. From the inception of SRT, the brand has stood for incredible performance credentials at surprisingly accessible prices. Over the years, some of the group’s standout products have included the Viper, which offers power levels that eclipse even the highest-profile supercars for high-end sports car dollars; the SRT4 Neon and Caliber, both packing hugely-powerful turbocharged four-cylinder engines, as well as SRT8 versions of the Challenger, Charger, and Chrysler 300. 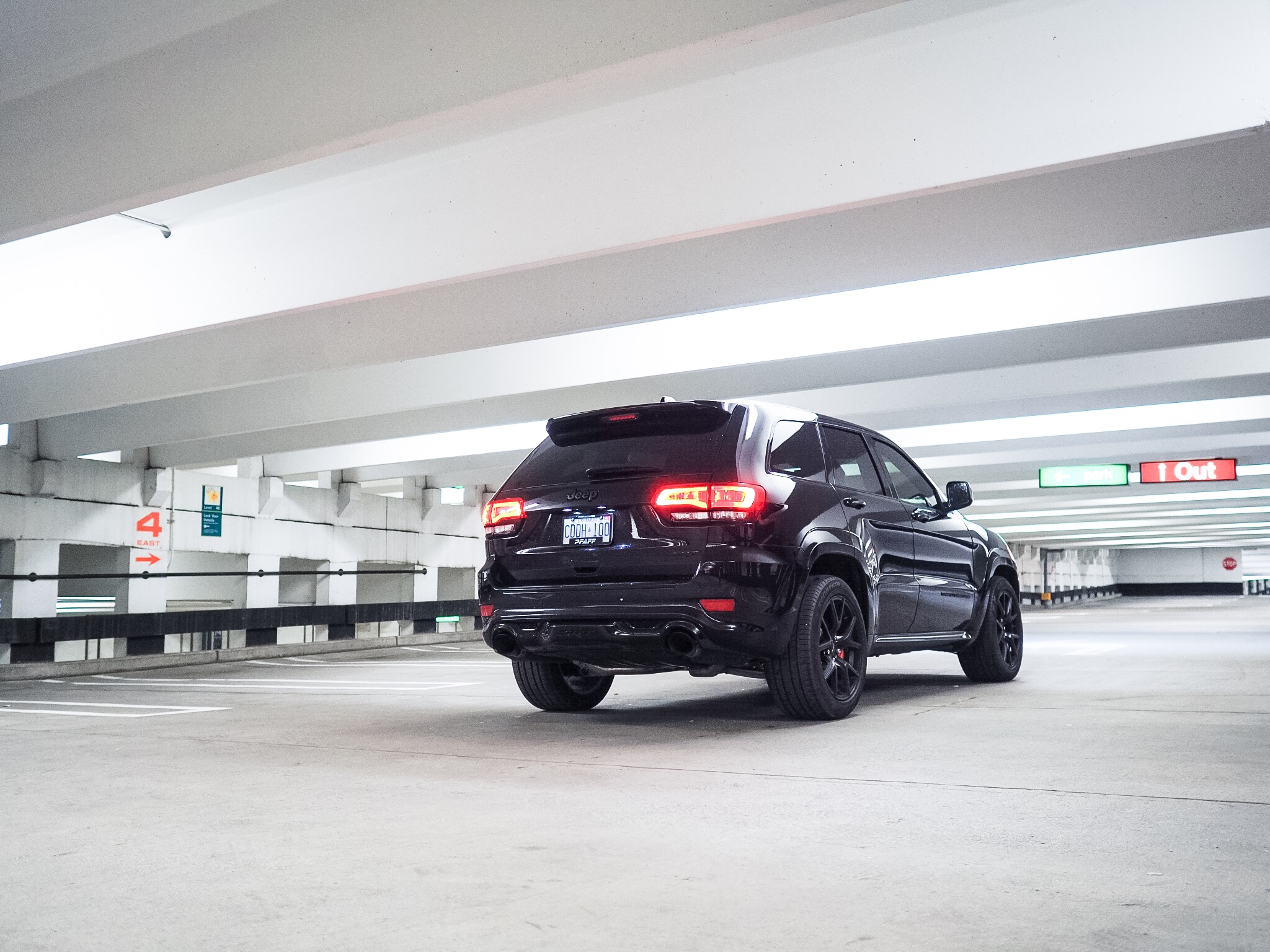 Perhaps the most surprising, and also most complete, SRT model has been the Grand Cherokee, a titan of off-road performance comprehensively worked over by the SRT crew to rip up the pavement instead. Packing a big-displacement Hemi engine, sport-tuned all-wheel drive, and lowered, stiffened suspension setup, it challenged high-end German performance SUVs with equal power, performance, and features often at a fraction of the price. It was a monster on the road and, surprisingly, also a monster on the track.

Now in its second generation, the Grand Cherokee SRT8 continues in this winning tradition. Consider this: its 6.4-litre Hemi V8 produces 475 hp and 470 lb-ft of torque, channeled through an eight-speed automatic transmission, all-wheel drive, and grippy Pirelli Scorpion tires. The power output is a little bit deceptive in light of the 560 hp offered by the BMW X5 M and the 520 hp of the Porsche Cayenne Turbo, but it will, thanks to its relatively lightweight construction and aggressive setup, hang with them in a straight line. All at a starting price of under $70,000 – $40,000 less than you’d pay for the X5 and $60,000 less than you’d pay for the Cayenne.

Naturally-aspirated in the great hot-rod tradition, the Hemi dominates the character of the SRT Grand Cherokee. It fires with an aggressive, lumpy idle, it snarls like a NASCAR stocker when you’re on the gas, and the exhaust crackles and pops with every rapid-fire shift. With no turbos to spool up, throttle response is instantaneous, and the big, roomy SRT leaps forward with every touch on the gas. 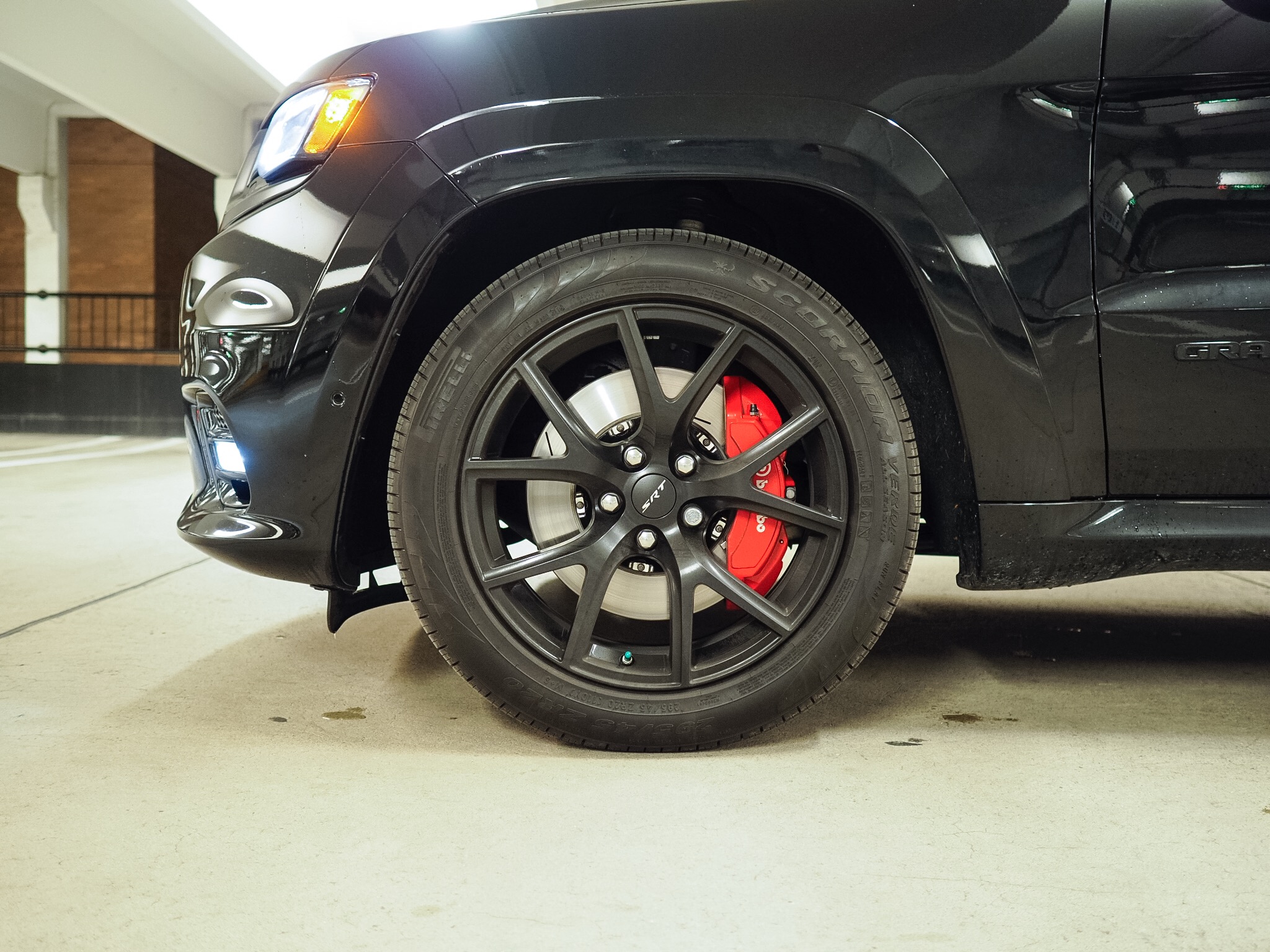 Impressively, it hangs together in the corners as well. While retaining ride height that still makes cottage trails a cinch, the SRT8 grips corners aggressively, the 295-section Pirellis providing a stable, confidence-inspiring platform onto which you can pour all that power. The steering is accurate, the brakes are huge Brembos clamped by massive multi-piston calipers, and the chassis’ composure is impressive, especially when you consider how broad this vehicle’s performance portfolio has to be. Set up right, it’s a proper blast to drive, a hot-rod that rides well, and handles way beyond what you would expect of an SUV.

Like most modern performance vehicles, almost every parameter of the way the SRT8 drives is adjustable, from the weight of its steering to the stiffness of its shocks to the transmission’s mapping and even the stability-control threshold. A central control dial lets you cycle through a number of pre-defined setups, but I gravitated towards the “custom” button, which let me dial in a track-biased drivetrain setup with the most aggressive response, along with medium stability-control intervention, street-biased ride quality, and lighter steering. 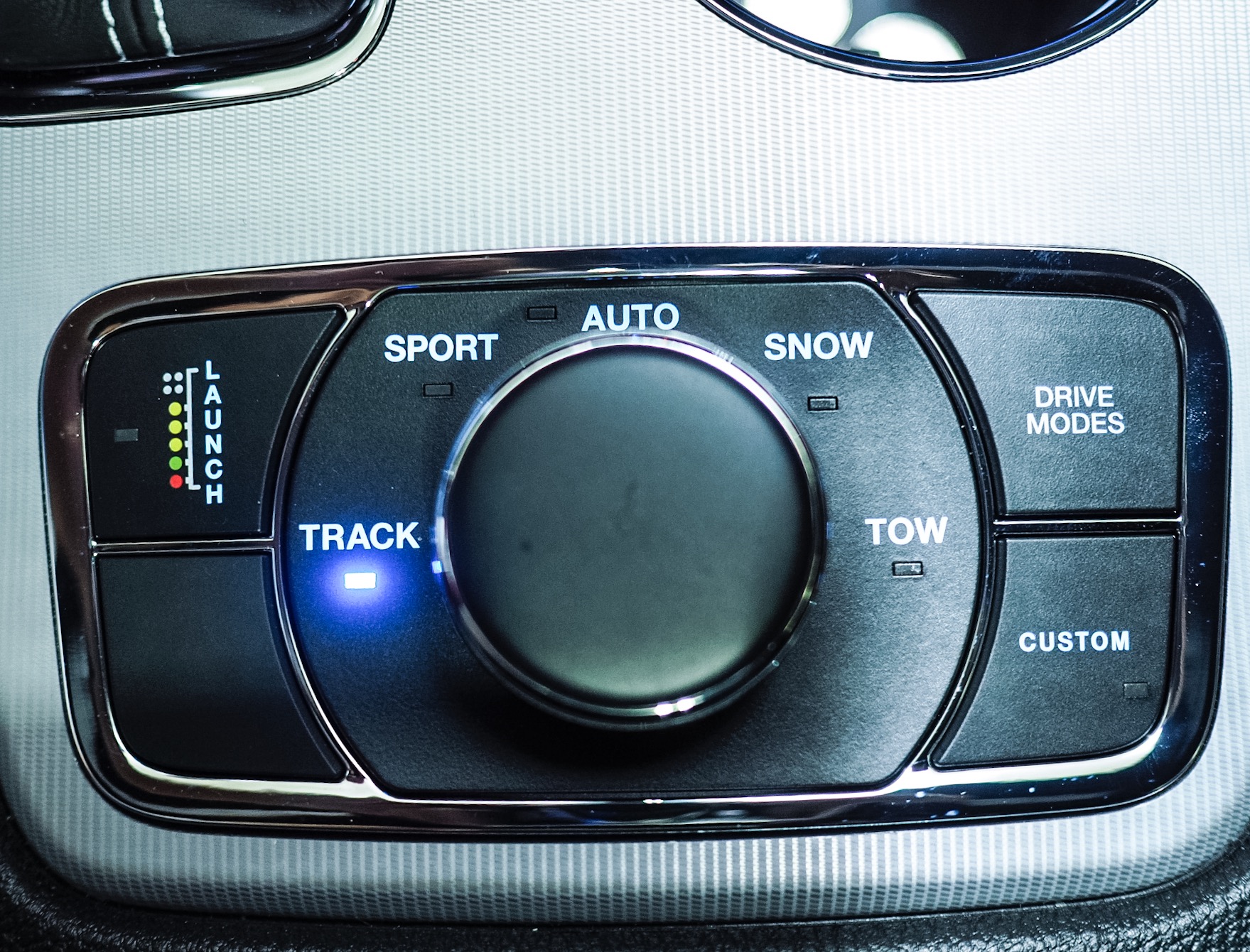 Those settings – and pretty much everything else on the SRT8 save for a handful of the climate controls – are all dialled up through the giant 8.4-inch UConnect touchscreen in the centre console, which is probably the Jeep’s most impressive feature. Shared with many Chrysler group products, UConnect may just be the best-designed, and most versatile, infotainment system in the industry, with clear, easy-to-understand graphics, instantaneous responses, and a great deal of versatility. UConnect integrates both Android Auto and Apple CarPlay, letting you plug your phone into a USB jack at the base of the console and instantly gain access to your phone, music, messages, and more. Only a couple of small interface wrinkles – you have to go to a “controls” screen to activate the heated/cooled seats and steering wheel – keep it from being perfect. 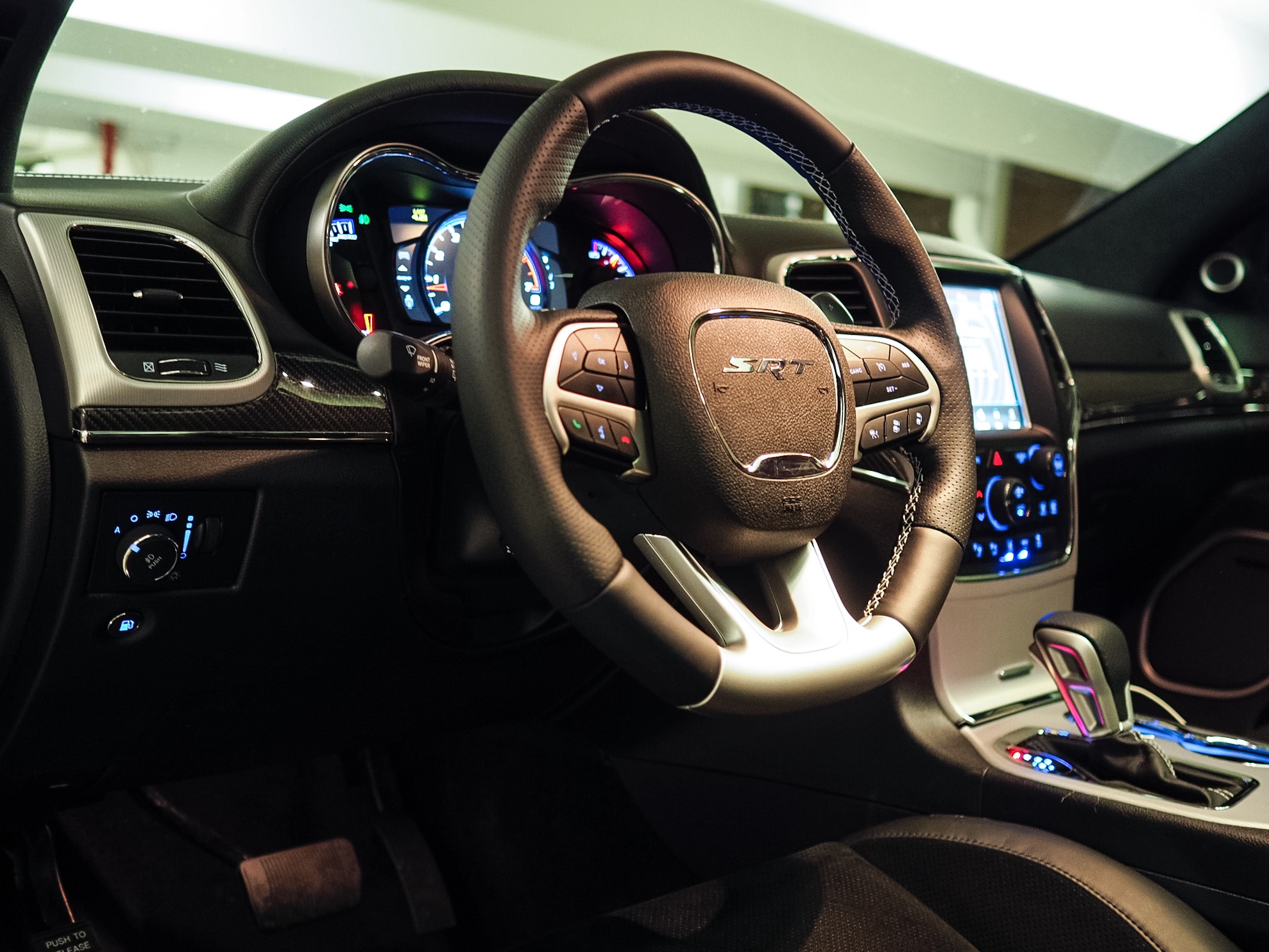 With all of these features – did I mention the panoramic glass sunroof, the leather-wrapped dashboard, the LED lighting, and more? – the obvious question becomes, why would you pay more for similar performance from a more expensive SUV? Prestige is, for some people, obviously one thing; you also get, with trucks like the X5M and Cayenne Turbo, interiors that eclipse the Jeep’s in terms of the fineness of their materials and their overall build quality. The more expensive trucks’ turbocharged engines also deliver slightly better performance figures with lower fuel consumption. 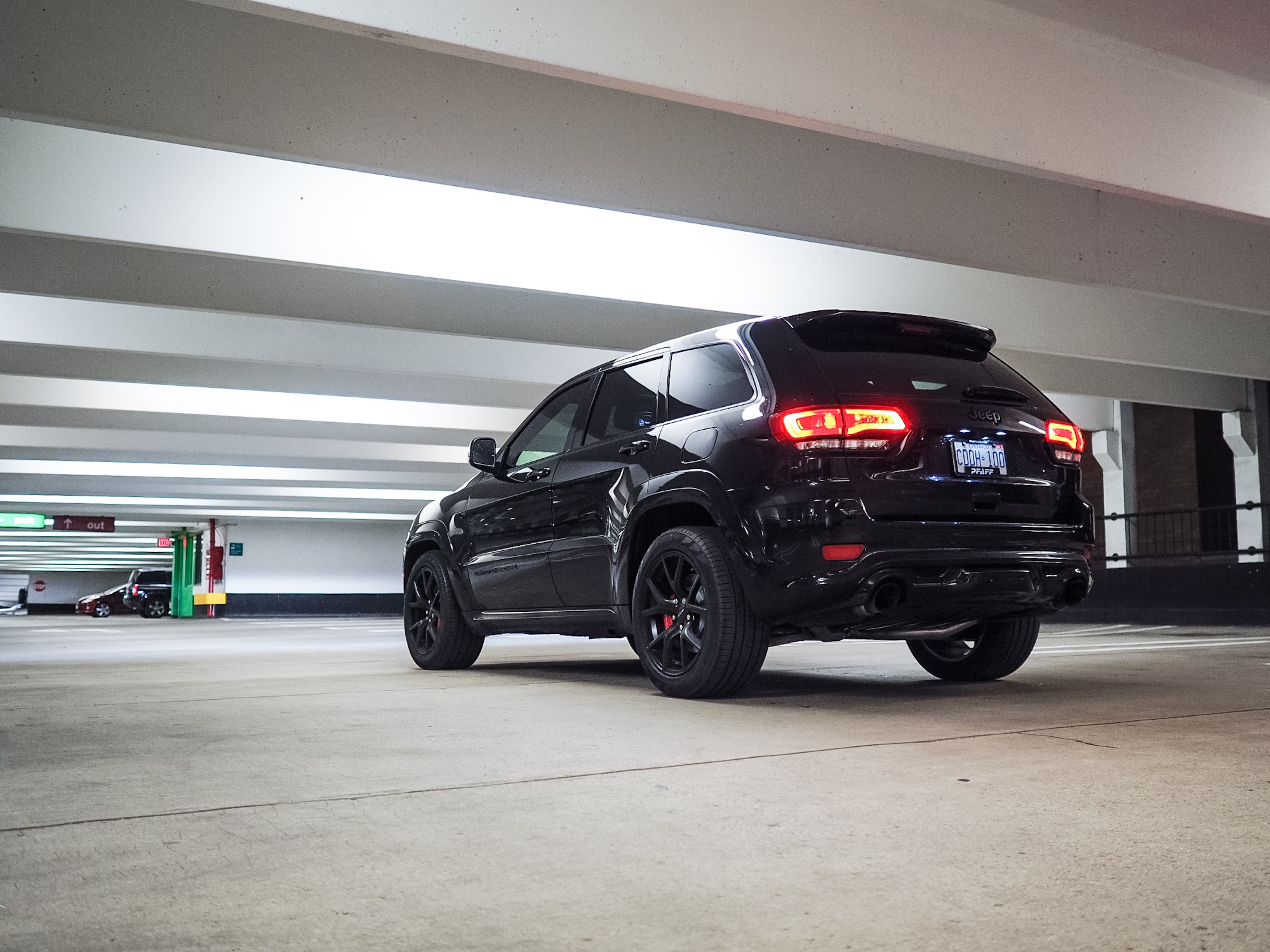 That said, neither of those vehicles come with the SRT8’s appealing bad-boy attitude. Half of the fun of the Jeep is the way that it gently rocks with every prod of the throttle, the way that it sounds like a barely-muffled stock car, and the fact that, while it may have a rough edge or two, it can keep up with pretty much any more expensive performance SUV on the road, for a fraction of the price.
The SRT8 Grand Cherokee, then, is an SRT in the finest giant-killing tradition.
Visit us at London City Chrysler.
Previous Post Next Post