Braselton, GA (October 10, 2017) – In what was dubbed a “weekend of retribution” following what seemed like a sure podium at Laguna Seca for the Motorsports in Action (M.i.A.) x Pfaff Motorsports team, drivers Chris Green and Jesse Lazare were on a mission at the final race of the Continental Tire SportsCar Challenge 2017 season at Road Atlanta for Petit Le Mans weekend. 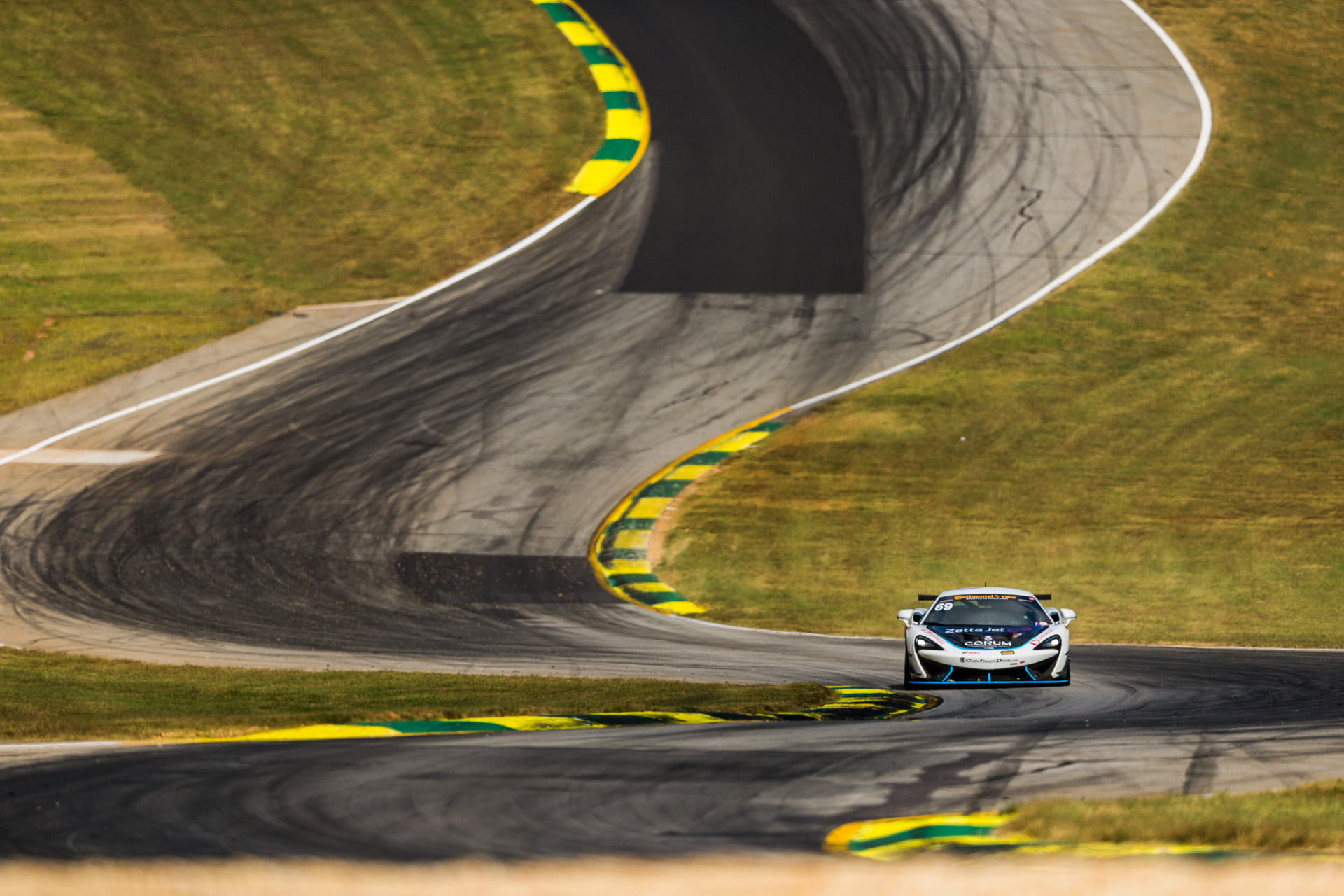 Aiming to leave nothing on the table, the weekend started with some nervous events as Lazare was putting down a blistering practice lap into the final corner when his rear driver-side tire burst, sending him into a high-speed collision with the tire barriers on the front straight. Buried under the debris, thankfully Lazare escaped unharmed, and while his McLaren could have fared worse, the team was forced to switch the duo of Green and Lazare from the no. 69 car into the renumbered 68 for the remainder of the weekend. 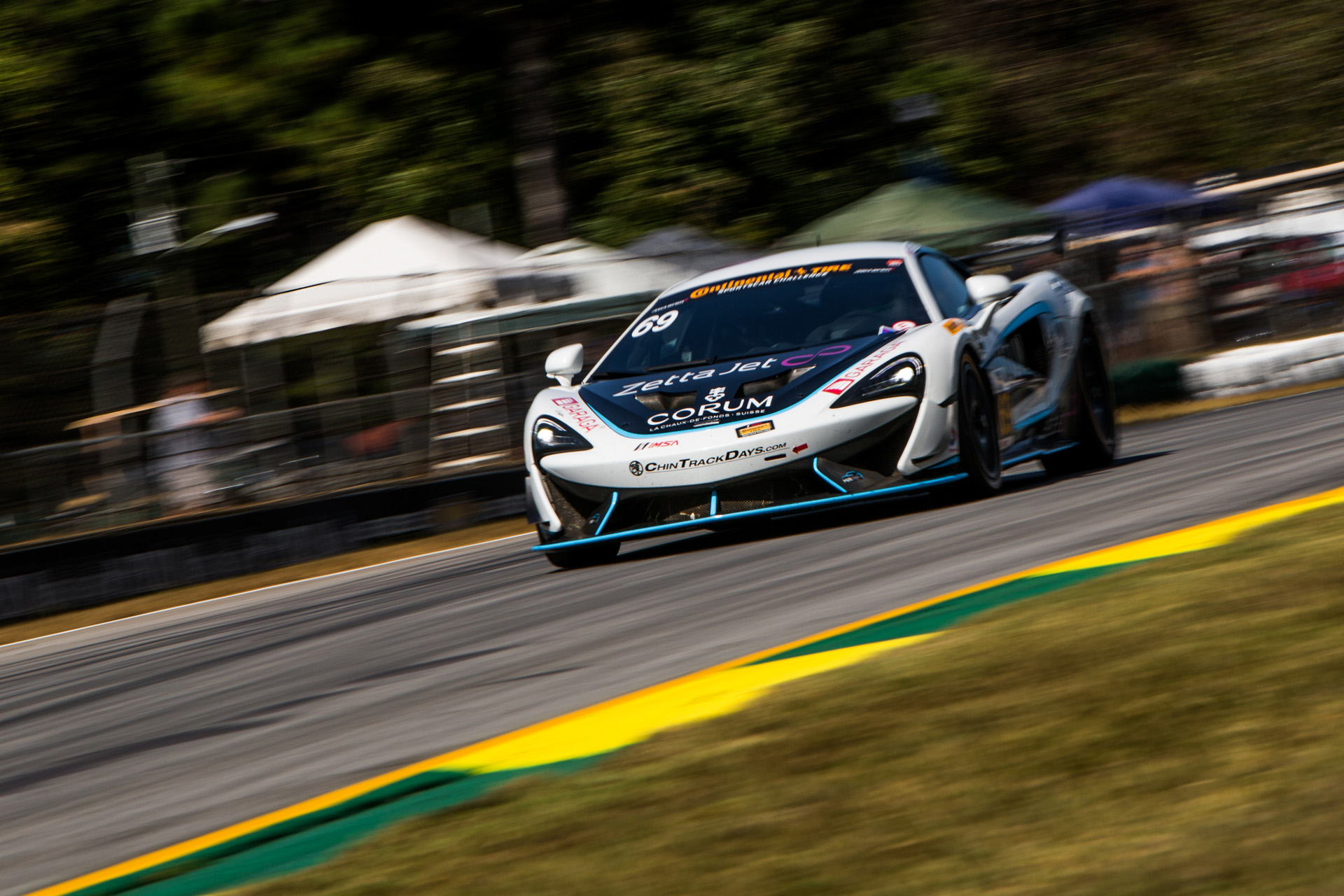 That switch proved no challenge for either driver, as they quickly turned a top-seven time in second practice to the best time in practice three, and ultimately with Green setting a strong second-place starting position ahead of the two-hour sprint.

Taking the green flag behind the pole-sitting McLaren 570 S GT4 of C360R racing, Green kept quick pace with the leader, pushing and darting for a challenge throughout the first stint of the race. 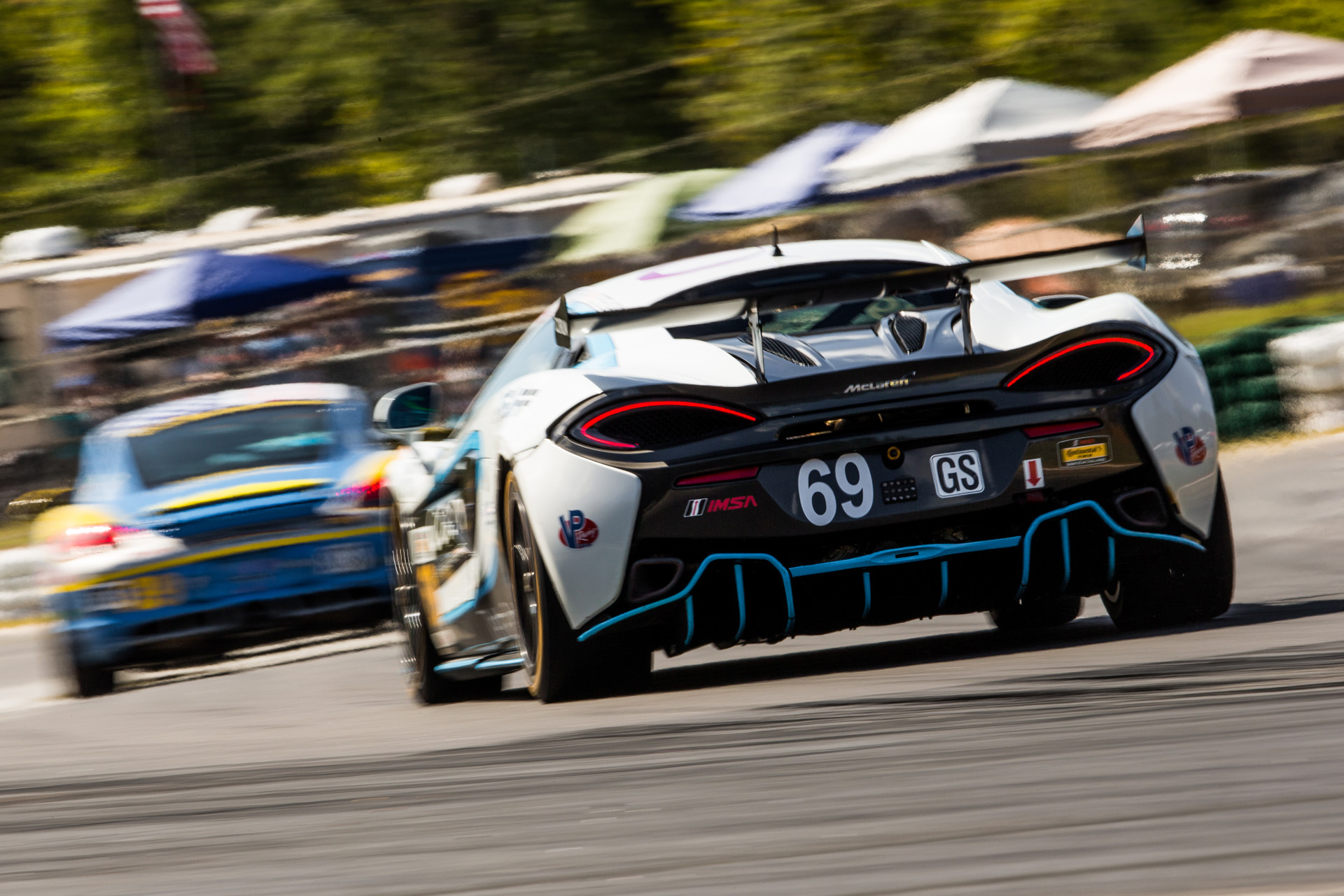 Playing pit strategy during a six-lap caution on lap 17, the M.i.A. crew executed a flawless stop that saw the no. 69 capture the lead on lap 23 an ultimately never look back.

In what seemed a turn of fortunes for the team that had battled so hard for the top step of the podium all year long, the second-place car had dropped out of the race on lap 31, creating a bit of cushion until another six-lap caution on lap 35 saw the field bunch up, and M.i.A. dealing with the no. 99 Aston Martin on its tail. 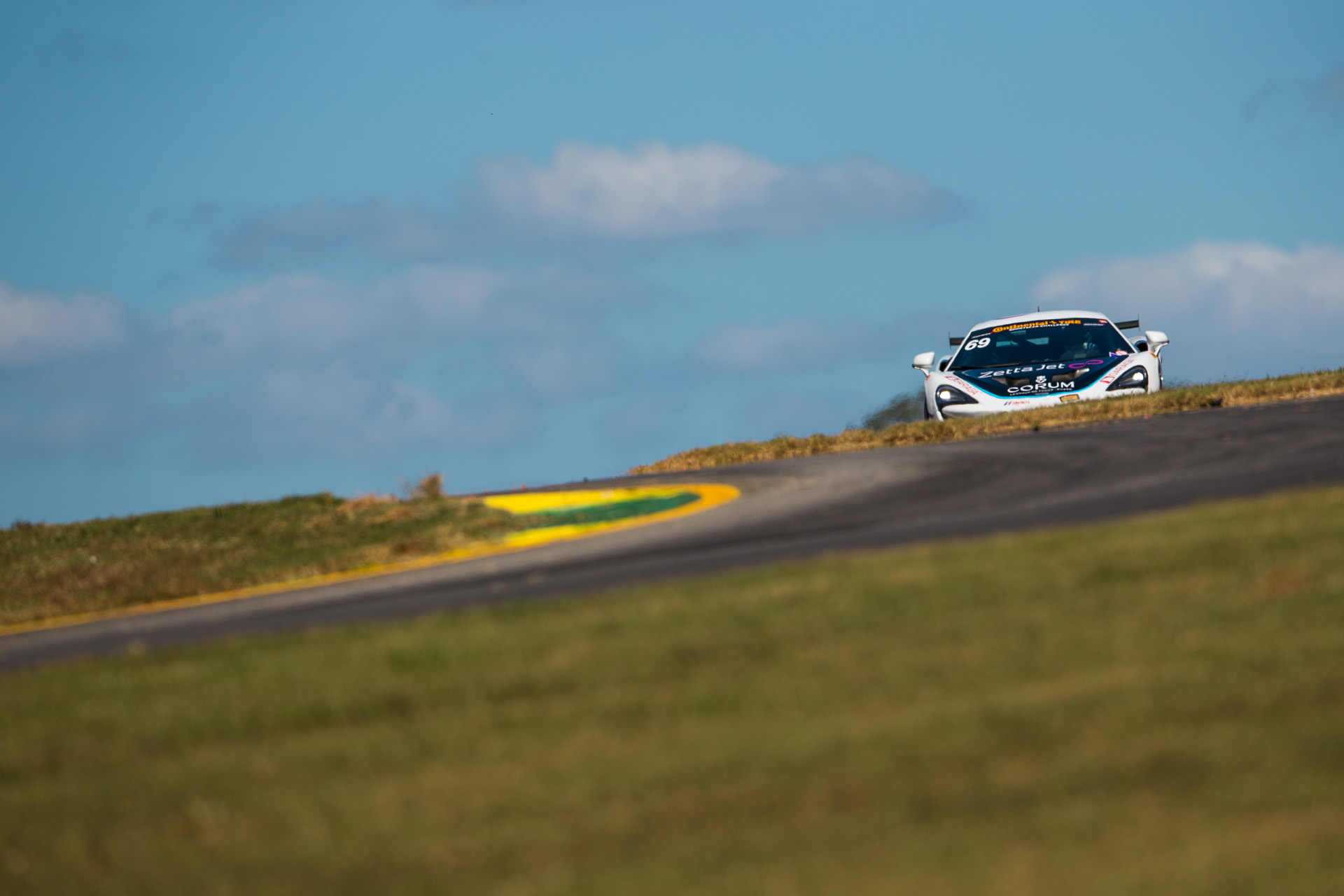 Lazare quickly responded to the challenge, edging and keeping a controlled distance between him and the field. As the pressure mounted, the Canadian young-gun set out to top the speed charts on lap 51, flying across the Road Atlanta asphalt at a speed of 147.729 mph (237.747 km/h) and sending a message to his competition.

As the race came into the final stages, a collision in the field saw the yellow flag brought out once again, eliminating any outside threat and allowing the M.i.A. x Pfaff Motorsports McLaren GT4 to comfortably cross the finish line behind the pace car – perhaps not the most exciting, but a deserving first-place finish for the team that had been hunting victory all season. 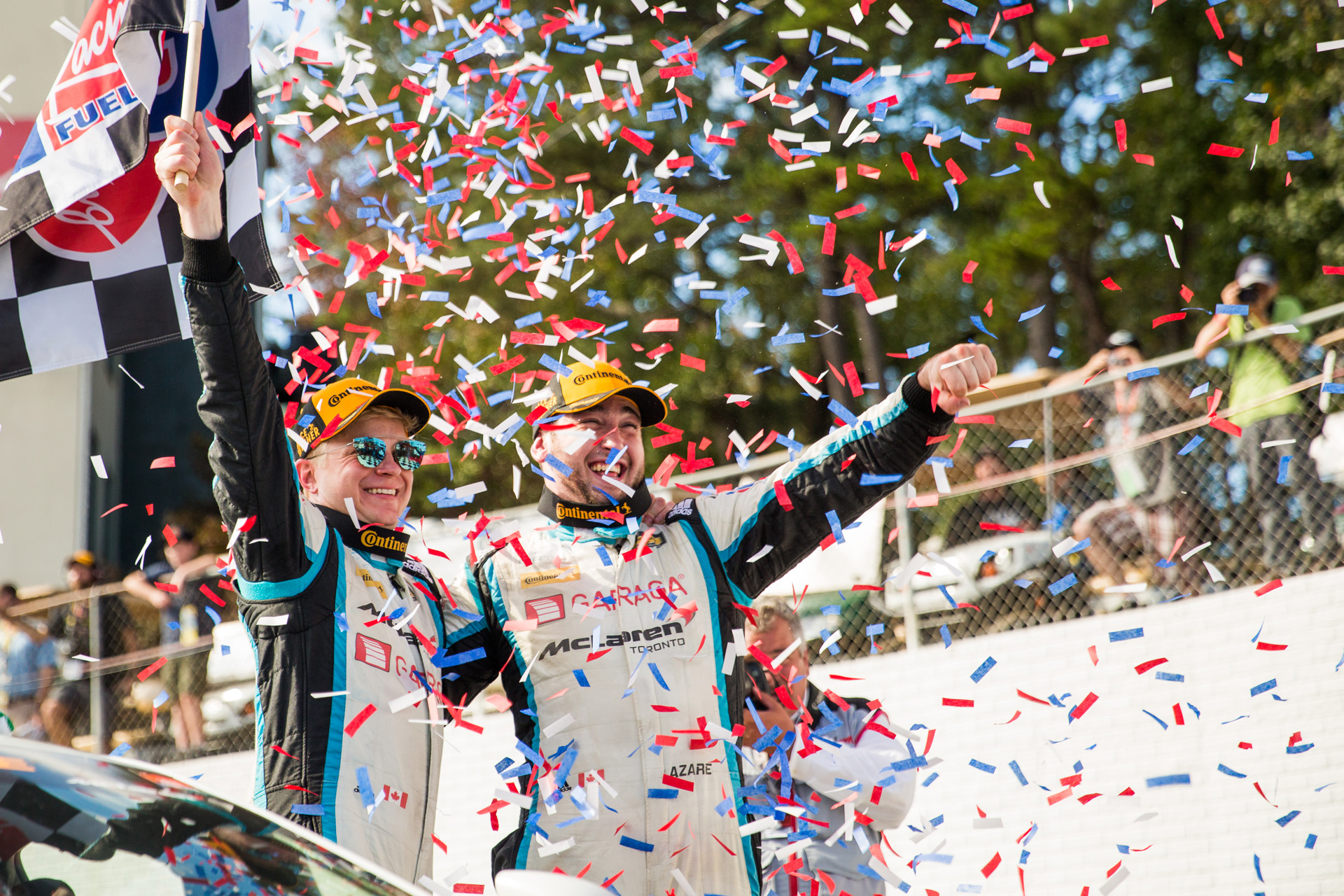 “Every race the team has delivered something fantastic,” Green said. “Anything can happen, and with the crash on Wednesday, for the team to come back and give us such a great car and one that Jesse and I have never driven, to deliver this win is seriously a dream come true. It’s so satisfying for the team and ourselves – these guys deserve everything. I’m really really happy with how we were able to deliver and get these guys the win that they’ve deserved all season.” 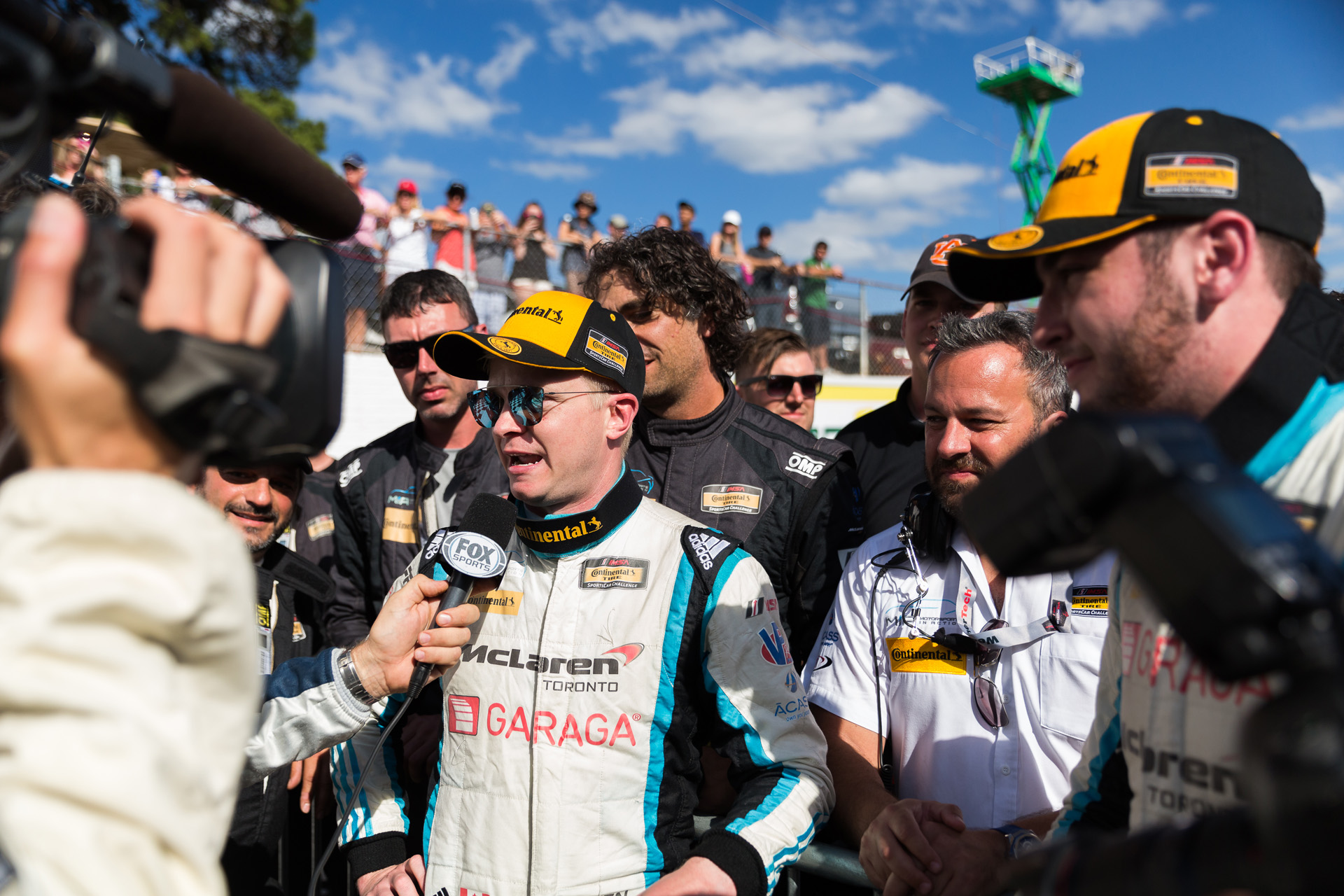 “This has been such a whirlwind week,” Lazare said. “But after the crash on Wednesday, the team got together and put us into a car that couldn’t have performed better. when I got in the car I knew it was the perfect opportunity, it was the perfect sprint stint; I had the car to go to the end.”

“It was a lot of work to get us on the top step of the podium, but the team did an absolutely incredible job, and to close it out like this – to get us the win here at Road Atlanta – is just an incredible feeling. I can’t thank the guys enough!” 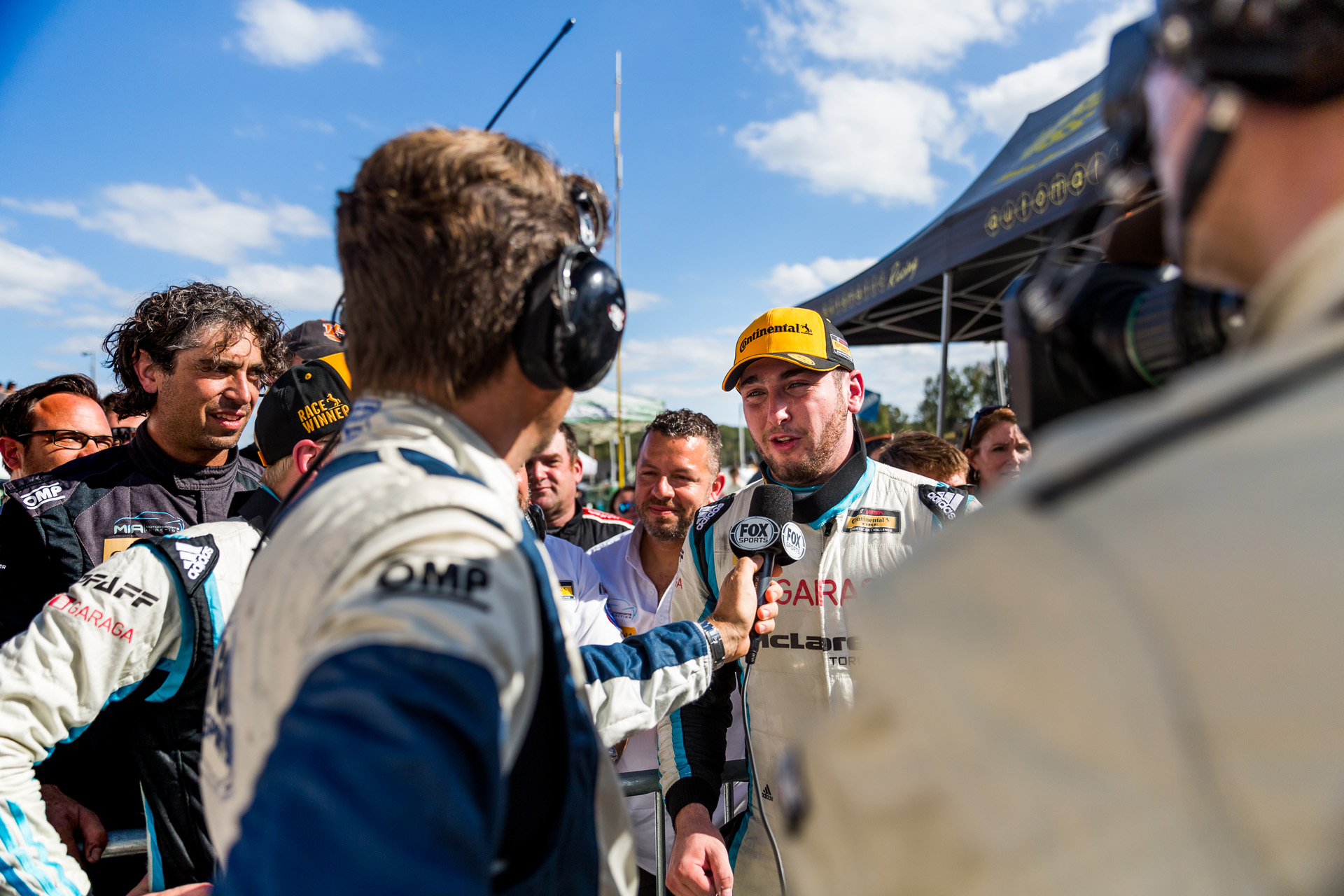 In the inaugural season for the M.i.A. x Pfaff Motorsports McLaren 570 S GT4 program, the team finished in the top-10 in eight of ten races, which included three podiums, one win, five top-5s, and a single DNS (did not start) for sixth-place in the standings, just 19 points shy of third, and 44 off the lead.

Thank you for joining us for an exciting 2017 season, and stay tuned for the latest developments for 2018, including news and behind the scenes content by following @PfaffMcLaren, @PfaffMotorsports and @PfaffAuto on Instagram.