Elkhart Lake, WI (August 9, 2017) – Wet and threatening weather was the theme of the weekend as the Motorsports in Action (MIA) / Pfaff McLaren team visited Road America for round seven of the Continental Tire SportsCar Challenge in Wisconsin.

Driver Jesse Lazare was looking to add to his four-straight wins from previous visits, while Chris Green, Pfaff national brand manager for McLaren, was revisiting the track for the first time in 16 years, bringing him back to the home of his first driving school.

From the first practice, Lazare and Green were met with strong winds and heavy rains that saw numerous competitors struggle for grip, and caused plenty of minor incidents ahead of Saturday’s race.

In the wet conditions, the McLaren 570S GT4 came alive and both drivers set their times consistently amongst the leaders throughout each practice, topping the final two sessions before going into a dry qualifying, where the balance of performance (BoP) weight additions became more apparent. Despite that, Green was able to qualify the car in fifth position, placing them in a strong position at the undulating 6.5-km circuit.

As clouds loomed on Sunday, Green started the race and was immediately in tight battles with the leaders, but caution flags were quickly drawn due to the changing conditions and incidents around the track.

When the race went green again on lap three, Green pushed his way past a competing McLaren 570S into fourth, where he found himself battling until it was Lazare’s turn behind the wheel.

Making the driver change during a flawless pit stop, the MiA x Pfaff team jumped back into fourth, with Lazare putting in a quick lap right away.

But, as had been the case all weekend, the looming cloud front quickly stormed in, dropping torrential rains and air-to-ground lightning that immediately drew red-flag conditions, forcing the teams to park in the pits and await further word.

With the rain showing little sign of abating, the checkered flag was waved with 20 minutes remaining on the clock, and just 55 per cent of the laps completed.

“It’s been a challenging weekend here,” Lazare said. “But despite that, the car felt great in the rain, and I really feel if we had been able to continue, we would have been able to fight for the overall win.”

Lazare had only completed three laps before the race was called, but a penalty to a car ahead slotted the MiA x Pfaff Motorsports team into the final podium position – a strong result in a weekend filled with unknowns.

“Obviously it would have been great to finish the race, but we showed we had strong pace despite our BoP adjustments, and it’s great to bring another podium back for the team at MiA and Pfaff,” Green said. “Everyone did a fantastic job putting a car together that could handle everything we had to deal with this weekend. I can’t wait to get back in and carry that momentum forward to our next race.”

That will happen in two weeks time, when Motorsport in Action x Pfaff Motorsports visit the picturesque circuit at Virginia International Raceway for round eight of the 2017 CTSCC season, taking place from August 25 to 27 in Alton, VA. 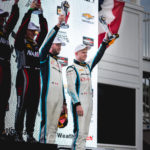 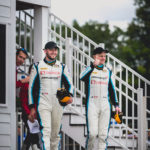 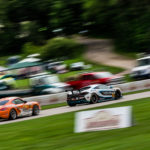 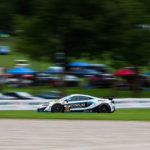 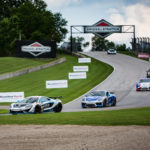 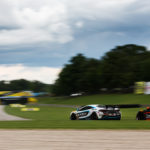 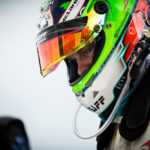 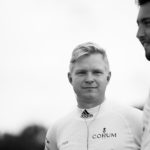 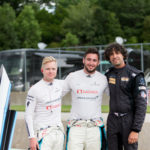 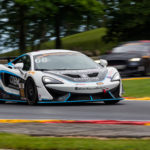 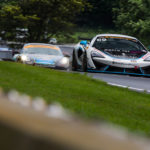 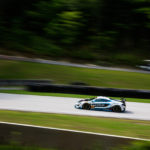 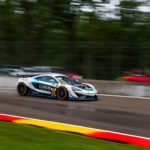 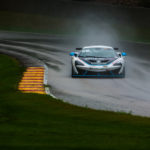 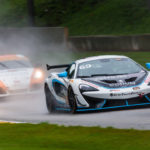 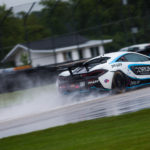 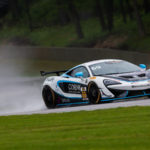 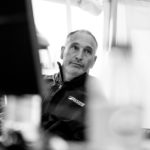 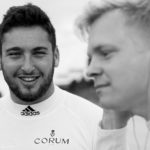 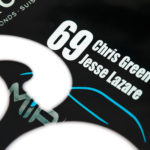 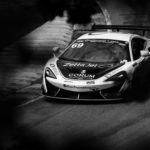