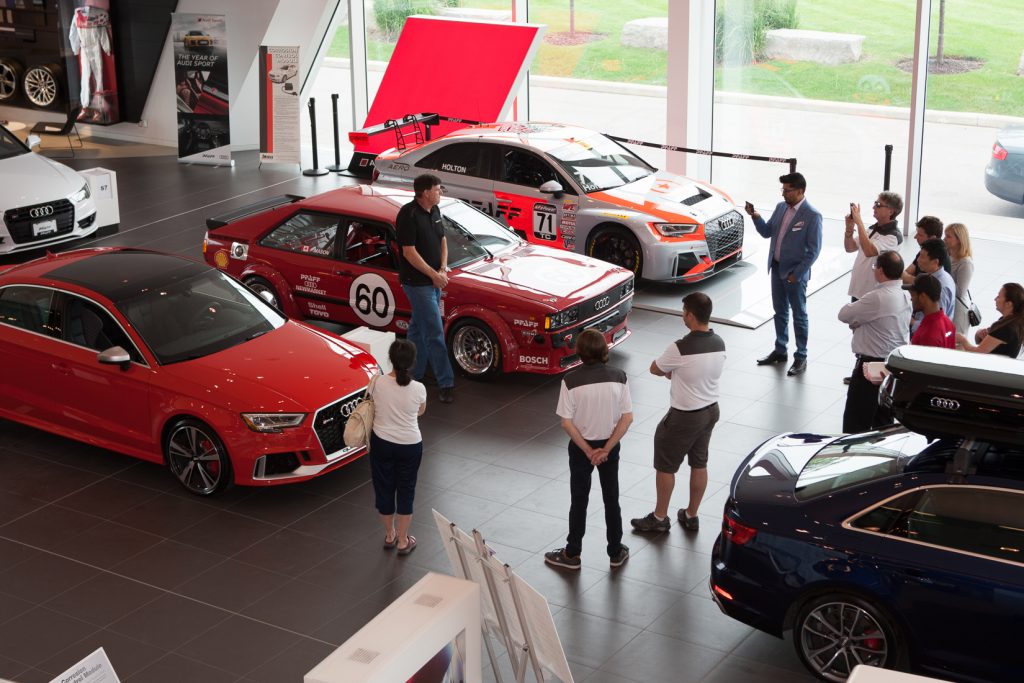 The Audi Club of North America, the largest and growing group of Audi enthusiasts in the world with over 30 chapters throughout the U.S. and Canada, recently visited H.J. Pfaff Audi for an entertaining informational session that included two Pfaff race cars. 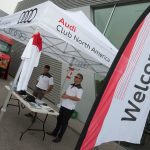 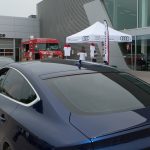 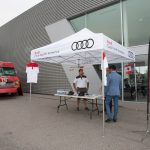 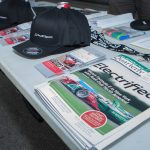 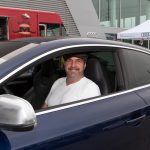 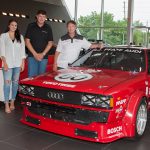 A dozen Audis from all over Ontario, members of the Eastern Canada chapter of the club (https://www.audiclubna.org/chapters/eastern-canada-chapter) descended on the dealership on Saturday, July 22, where they were able to meet and socialize with each other. 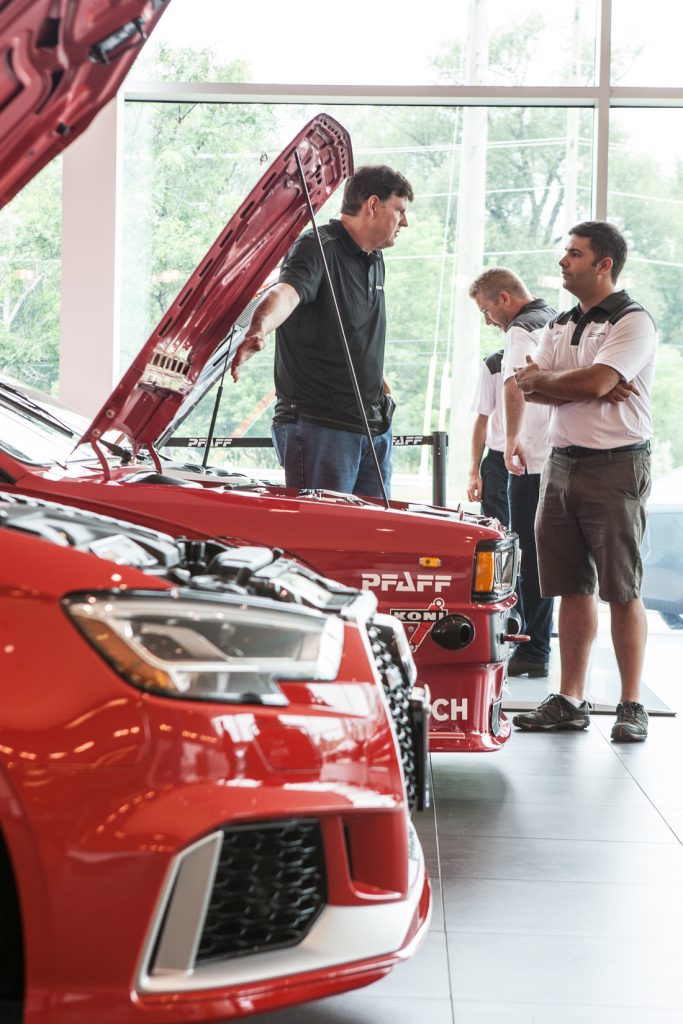 They learned about shop foreman Perry Mason’s historic 1981 Audi 80 Coupe GT race car, competing in the VARAC series and the Canadian Historic Grand Prix, and the new Pfaff/C360R Audi RS3 LMS, competing in the Pirelli World Challenge. Both cars are front-wheel drive touring-car style racers based on production platforms. Perry Mason led a show-and-tell of both cars and a discussion of Audi racing with the group, as well as visitors to the dealership that day. 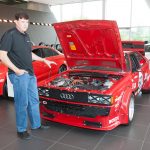 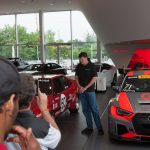 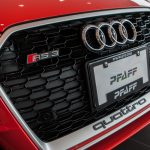 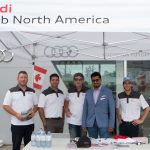 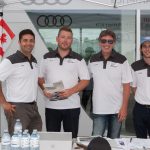 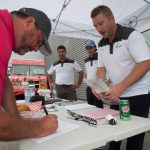 The ACNA’s Eastern Canada chapter is growing and vibrant, and we encourage you to join if you’re interested in Audi.