BOWMANVILLE, ON (July 10, 2017) – Coming into its home race weekend at Canadian Tire Motorsport Park (Mosport), the Motorsport in Action (MiA) / Pfaff McLaren team had high expectations for its McLaren 570 S GT4. Piloted by 2017 Daytona 24 Hour winner Jesse Lazare, and Pfaff McLaren brand manager Chris Green, both drivers were able to show their experience behind the wheel of the new McLaren at the high-speed road circuit in Bowmanville, Ontario. 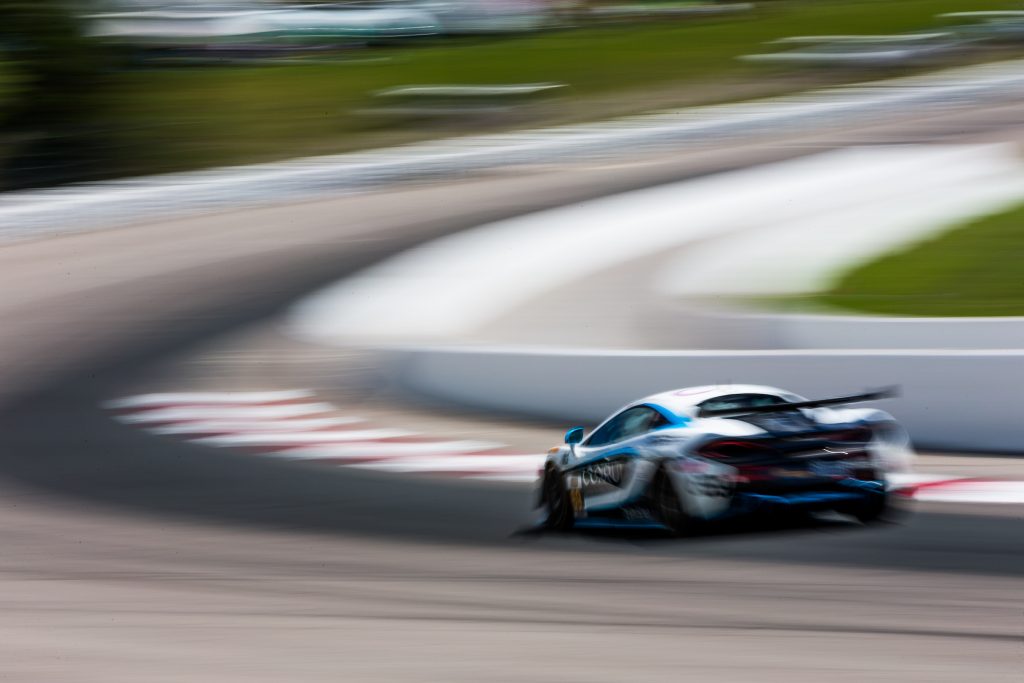 Finishing the first practice in P4, it wasn’t long before Green and Lazare topped the rest of the time charts going into qualifying. The duo needed just two laps – the fewest of any driver pairing – to go a half-second faster then the closest competition, collecting pole position and the record for fastest GT4-class lap at CTMP going into Saturday’s race. 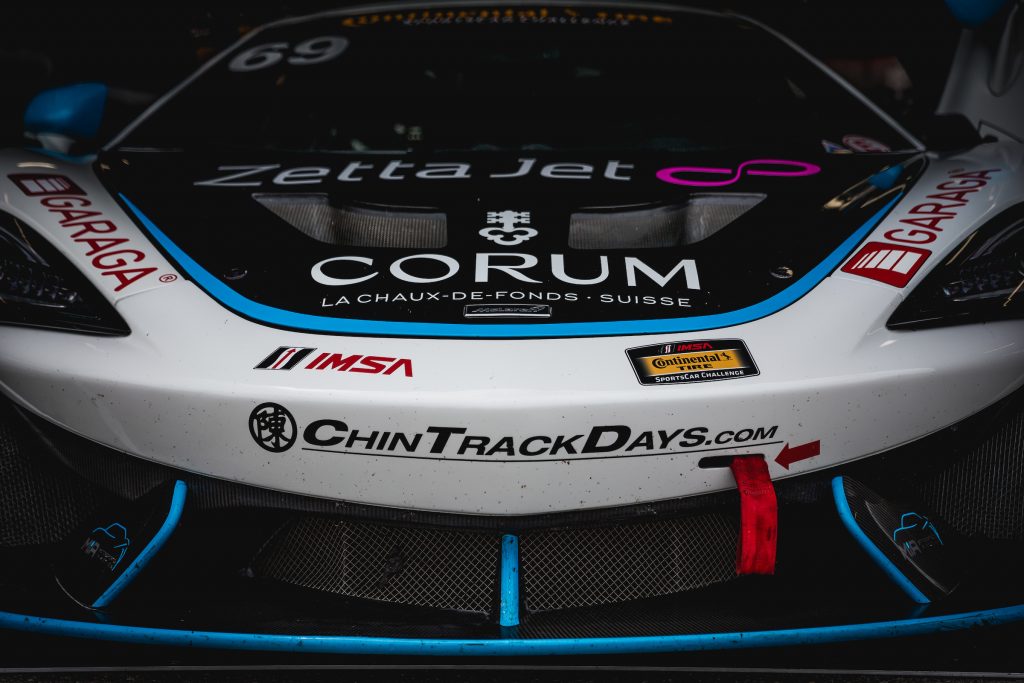 “The car was set up perfectly, and both Jesse and I consider this our home track, which is a great advantage, and to be able to capture the lap record is a pretty great feeling,” Green said.

The team’s performance extended beyond their own paddock. The C360R team, also running McLaren 570S GT4s, developed a technical issue, and found themselves without their GT4 for the weekend; Motorsport in Action offered to supply a car and initial support for their drivers.

“We had cooling issues with our no. 77 McLaren at and I talked to Eric and Carl at MIA , who graciously offered to loan us their no. 68 car for the race,” said C360R team principal, Karl Thomson. “It was a mad dash with both crews, swapping parts from our car to get everything ready in just a few short hours. The teams worked incredibly well together, and we managed to get to the grid in time for the fan walk.” 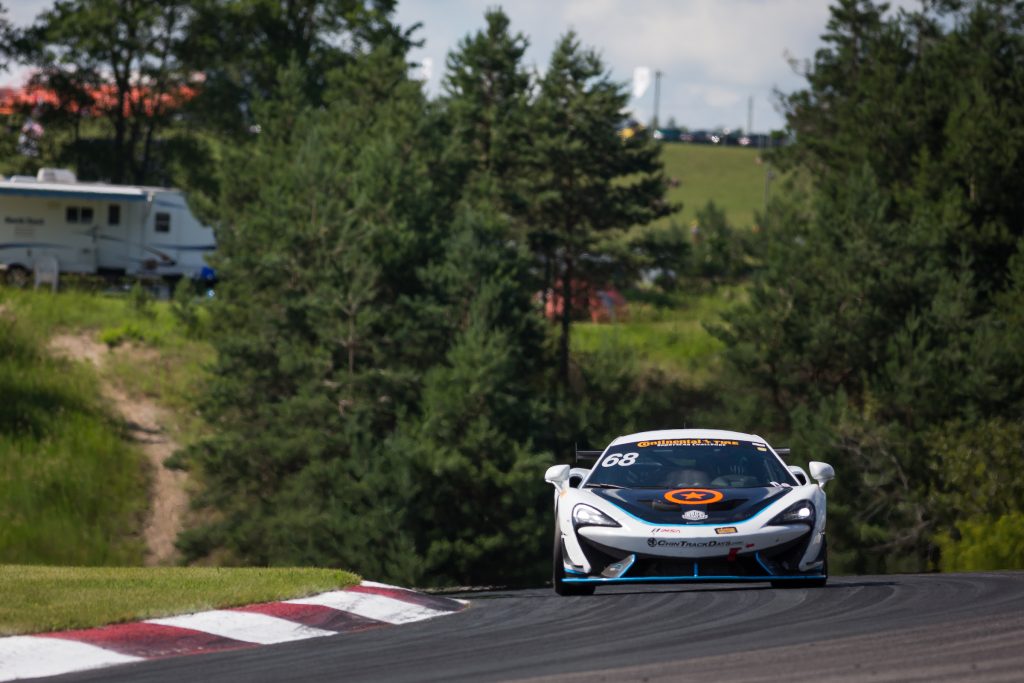 When the green flagged dropped on Saturday afternoon, Green and Lazare held the lead into the first corner and never looked back.

“We’ve built a system around performing to the best of our ability in every aspect,” Green said. “We even had two new engineers this weekend, which can sometimes be difficult to slot them into a new team, but they fit in seamlessly.” 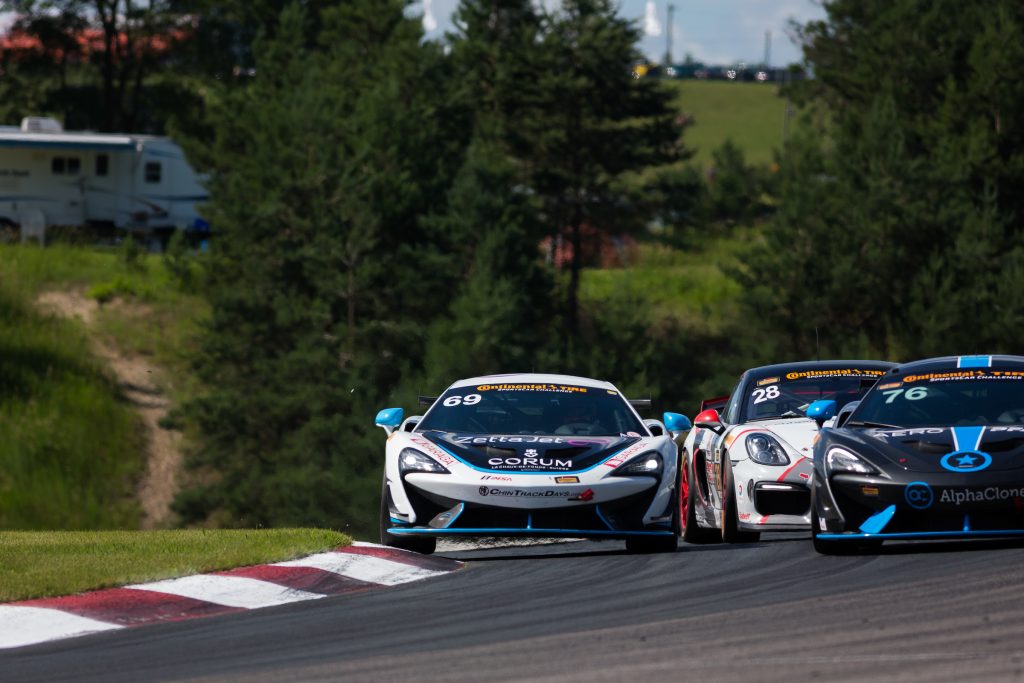 Everything was going according to plan until a yellow flag and safety car were called, collecting the second-place car and requiring Green to circle around the field and re-join back in first.

“I had been told over the radio to go slow, go slow,” Green said. “With a pack of cars behind me, there was literally nothing else I could do short of parking the car at the bottom of turn 4 and waiting for the pace car to come back around to collect me.”

With the driver change complete and Lazare behind the wheel, the no. 69 McLaren was issued a drive-thru penalty, dropping the squad to sixth position and required him to fight through the field again in the latter half of the race. 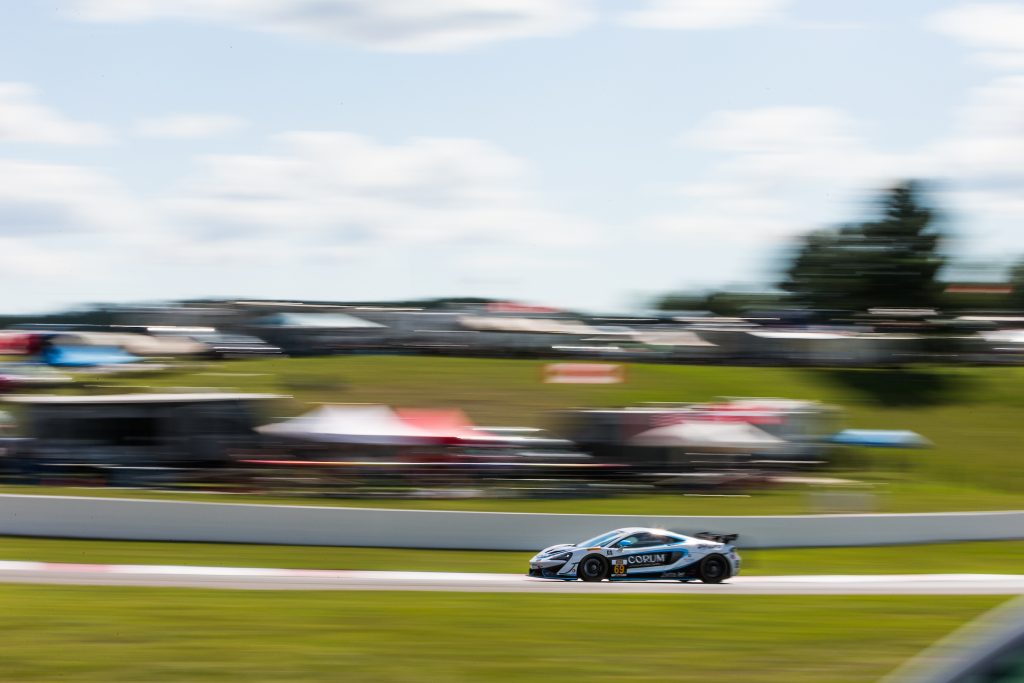 He knew his timing and pace would be enough to bring him back into contention for the lead, but a radio message from the team warned of being several laps short of fuel if he continued at that speed, relinquishing all hope that they could reclaim the top position.

“I was told I would be lucky if I finished the race,” Lazare said. “So I had to back off and I was coasting along in second. Then on the last lap, coming out of turn 5 the car started to sputter. I put it into a taller gear up the back straight, then at turn 9 (second last turn), it sputtered again and I was passed and dropped to third. We were lucky to make it to the finish with a podium spot.” 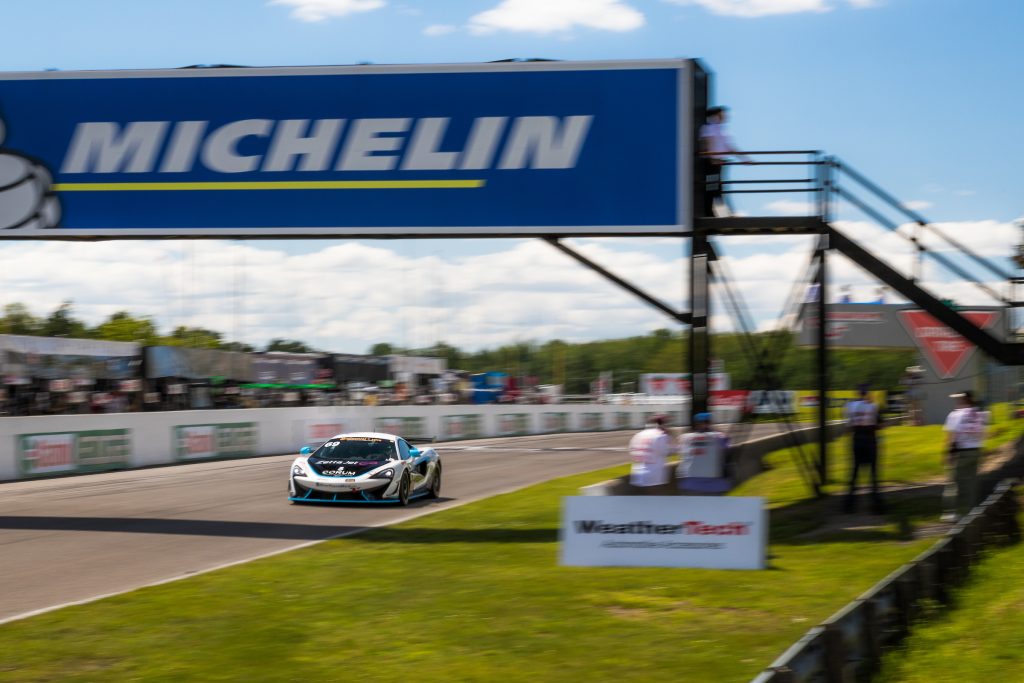 “It’s a bit of a shame,” Green said. “We were fast, we were consistent, we were saving fuel, we were pulling from the front pack when we needed to. Then that yellow flag came out.” 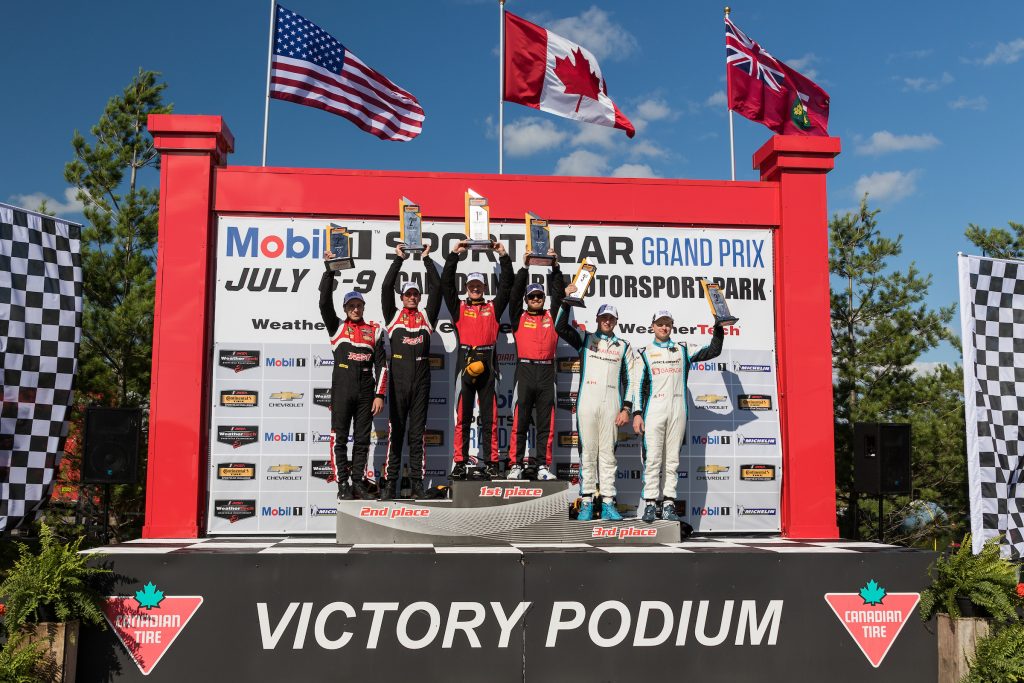 Unfortunately, in post-race technical inspection the no. 69 was found to be underweight by just a few kilograms and was officially scored in 10th position.

The team heads next to the pristine Lime Rock Park circuit in Lakview, Connecticut for round six of the Continental Tire SportsCar Challenge, from July 21 to 22, 2017. 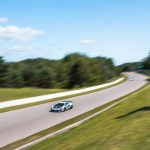 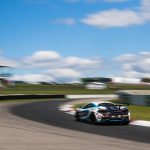 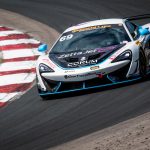 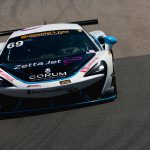 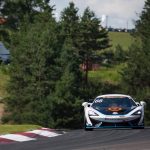 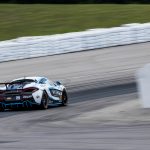 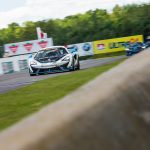 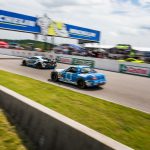 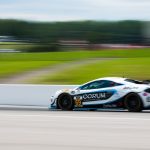