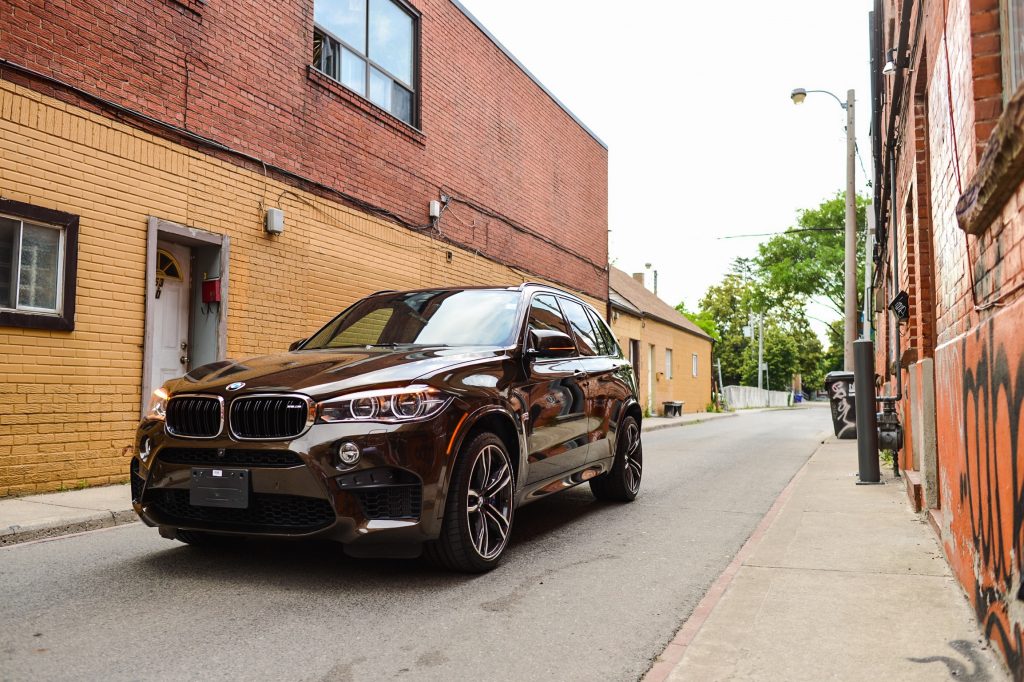 I’ve gone on record a few times saying that BMWs should only be powered by inline-six cylinder engined, but having spent some time first in the M550i, and now in the X5M, I’m starting to revise that opinion. BMW is making wicked twin-turbo V8s these days, and after spending a long weekend in the hottest X5, resplendent in Pyrite Brown, I’m convinced that it might be the best fast SUV on the planet.

On paper, the X5M’s stats are impressive, but they don’t suggest that it’s a world-beater. The V8 produces 567 horsepower, roughly equivalent to vehicles like the Porsche Cayenne Turbo and Mercedes ML63 AMG, and its eight-speed automatic transmission is par for the course as well. But there’s something about the way that the two come together that give it incredible off-the-line performance and a shocking level of responsiveness at any speed or rpm. 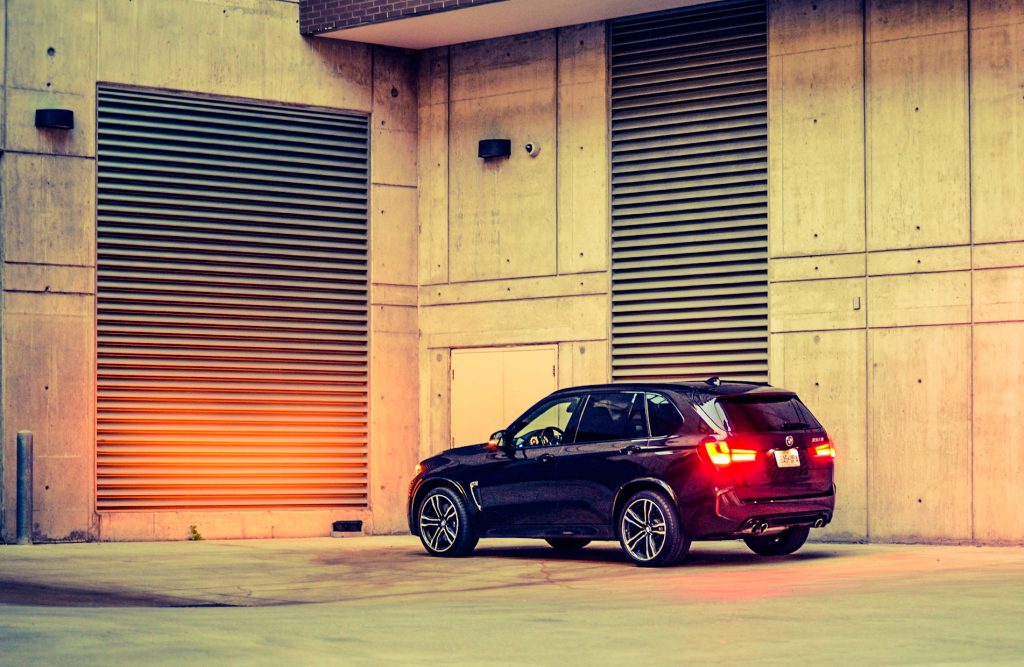 In the way it behaves – the crispness and immediacy of its shifts, the lack of any feeling of “slush” in any mode, and even the way that the car doesn’t inch forward in the sportier drive modes – the automatic feels more like a dual-clutch sequential box. Particularly in sport and sport plus mode, it cracks through the gears with zero power interruption, and is beautifully calibrated, always choosing the right gear at the right time.
Like most modern M cars, the X5M comes with a lot of adjustments. You can choose from three different aggressiveness settings for the drivetrain, three different damper settings, and three levels of assistance for the power steering. It takes a while to find the right setup – I prefer the most aggressive drivetrain setting, the middle setting for the dampers and the lightest steering – but at least the two “M” buttons on the steering wheel allow you to save your preferences just like you would a radio preset. 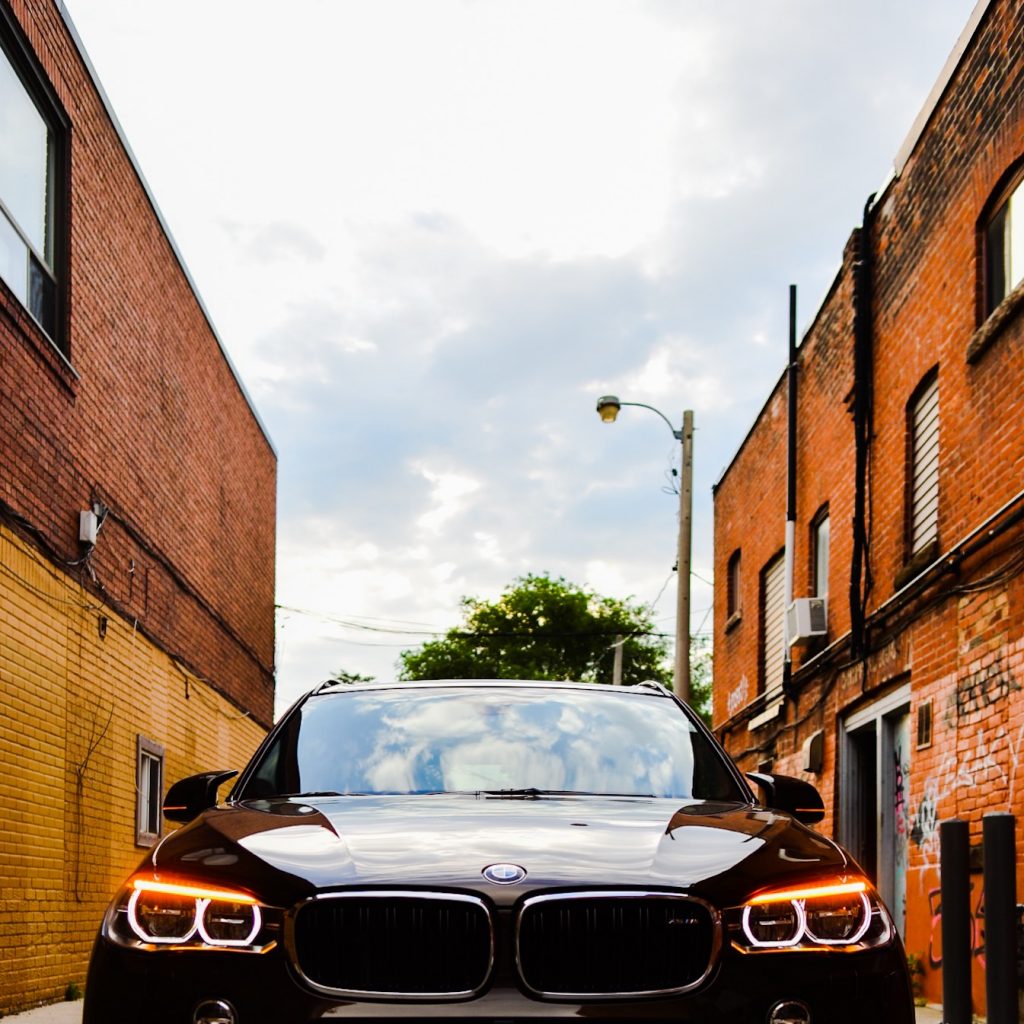 While you’re always aware of the mass you’re carrying through corners, the X5M actually lives up to the huge M badge on its rear. Mostly thanks to the massive 285- and 325-section Michelin Pilot Super Sport tires, the X5M sticks like a sports car, and the pizza-sized brakes and monoblock calipers are up to the job of slowing it as well. What’s more surprising that, despite the height and the bulk, the X5M feels responsive, eager to turn, and surprisingly nimble on its big feet. With all-wheel drive, it’s always tied down and confident, but there’s an eagerness to the way it moves that’s surprising for something so big.
It’s also surprising how comfortable the X5M can be – when you’re not pretending to be a racing driver on an on- or off-ramp (or when you’re lucky enough to drive it at the track). Those big Michelins don’t have run-flat capability, meaning that the M actually rides as well as, in fact maybe better than, a regular X5 on taller-profile tires, and when you’re in efficiency mode, the V8’s noise is reduced to a gentle backbeat. You’re always aware that there’s a lot of power underfoot, but it’s refined enough that your family won’t complain.
While the current-generation X5 is more than halfway through its lifecycle, the X5M’s interior is still one of BMW’s best. The layout is logical, the huge dash display is clear and simple to operate with the big rotary iDrive control, and the materials and build quality are beyond reproach. Luxury touches, including a spectacular Harman/Kardon sound system, adjustable ambient lighting, a huge dual-pane panoramic roof, and more, help justify its $110,400 starting price. Special M touches include a thin-spoked, fat-rimmed heated steering wheel with M stitching, the same tiny gear selector lever as the more conventional M cars, and unbelievable multi-function sports seats with power-adjustable side bolsters, thigh support, and two-section backrests. 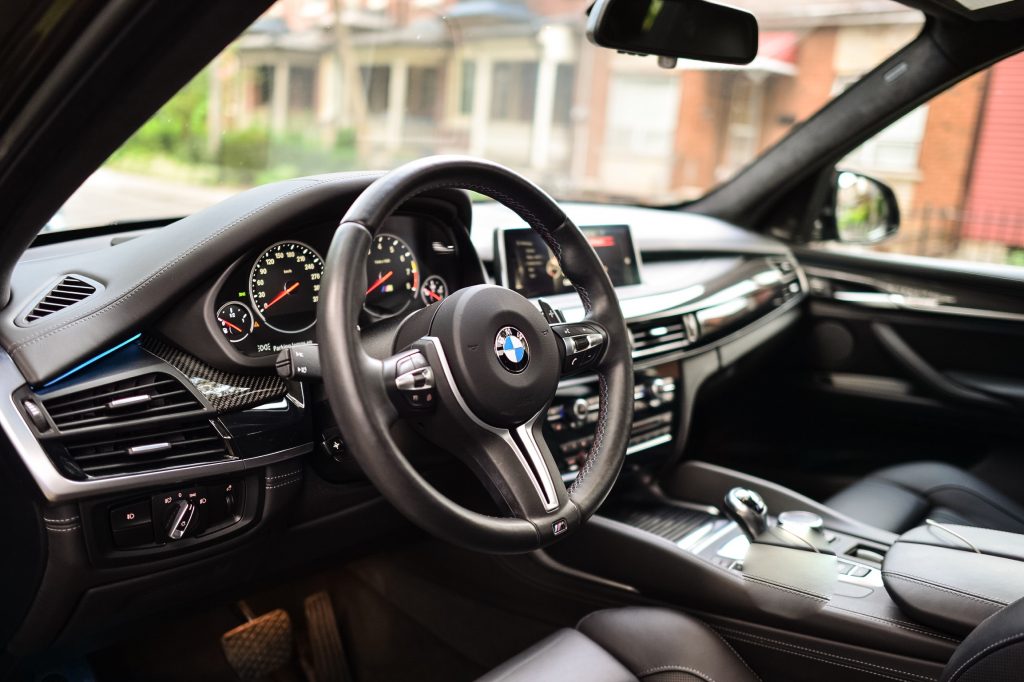 A lot of criticism has been heaped on BMW’s M division since the introduction of the original X5M and X6M, for abandoning its traditional high-revving, naturally-aspirated engines and rear-wheel drive for turbocharging and, in the case of these SUVs, automatic transmissions and all-wheel drive. The next M5, due early next year, will feature an evolution of this turbocharged V8, the same eight-speed automatic, and an all-wheel drive system that lets you choose a rear-drive only mode.
Certainly, there’s part of me that misses the days when M engines revved to eight grand and were shifted with a manual gearbox (or an F1-inspired SMG). But it’s hard to argue with the level of performance the turbo engines deliver, or the fact that, with that level of power, all-wheel drive is becoming a necessity. What the new Ms come with – and what’s especially evident in this X5M – is a level of comfort, refinement, and everyday usability that you previously had to give up if you wanted to experience M car thrills. Placed in this context, the latest M cars, and the X5M, are pretty towering achievements.
Looking for a new M car? Browse our inventory in Markham and Mississauga here.
Previous Post Next Post