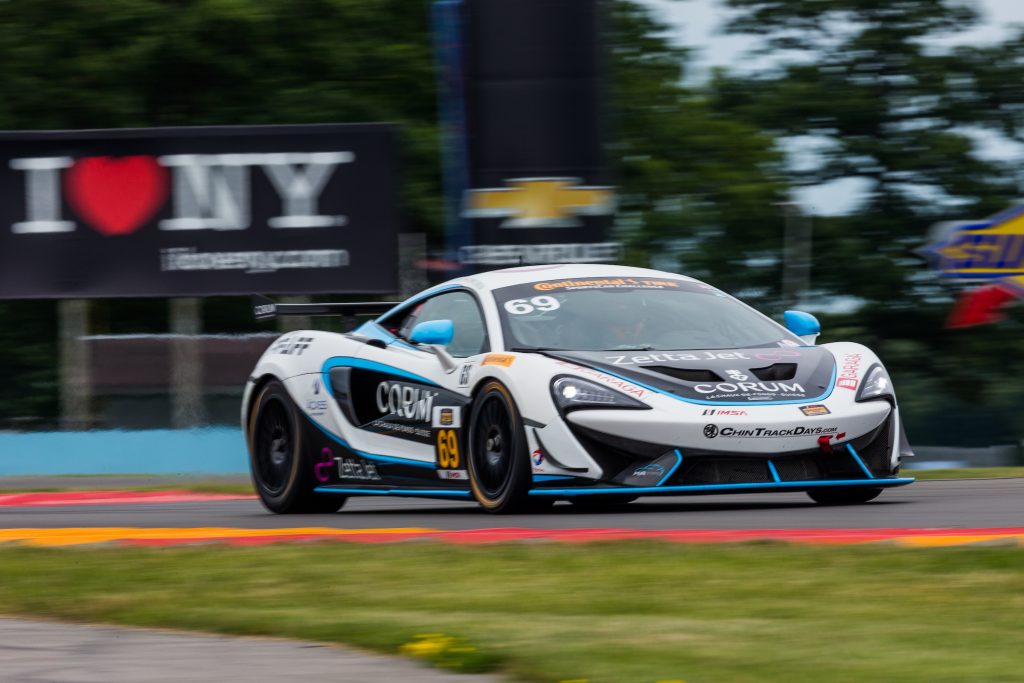 Starting the weekend with technical issues during free practice, the MIA (Motorsports in Action) / Pfaff McLaren team were quickly able to rectify a solution to put themselves at the top of the performance charts for this weekend’s Continental Tire Sports Car Challenge race at Watkins Glen.

Running limited laps in the first practice session, when drivers Jesse Lazare and Chris Green, McLaren Canada brand manager, got behind the wheel for qualifying, they were able to slot the car into a strong third starting position for Saturday’s two-hour sprint race. 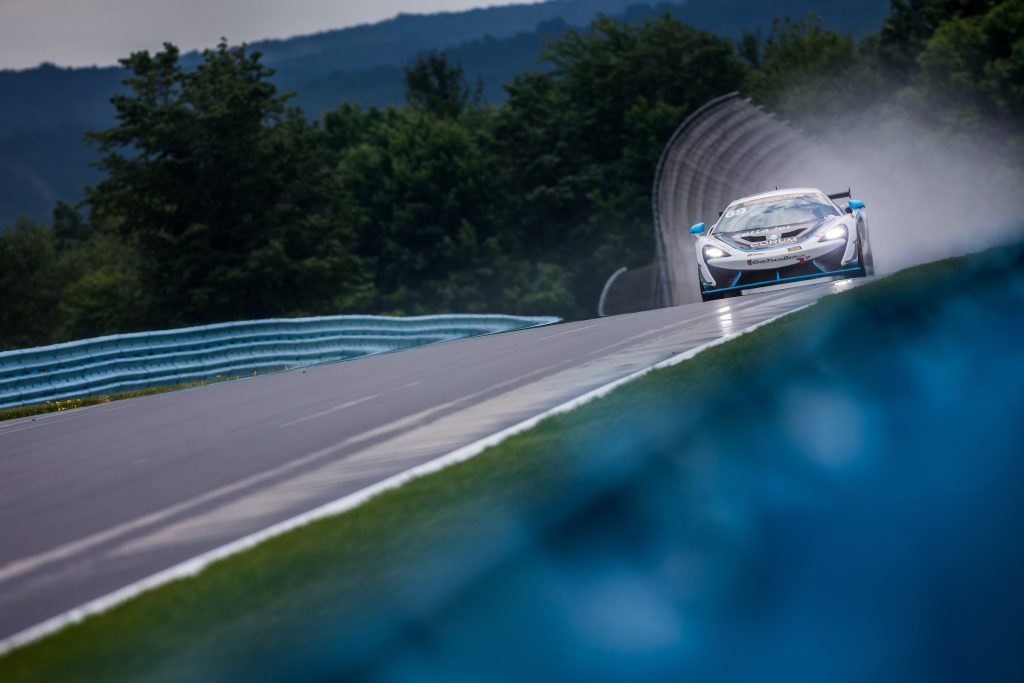 Changing weather conditions throughout the weekend meant a constant adjustment of strategy, and come race day, the MIA / Pfaff McLaren team were tasked with overcast conditions for the race start.

When the green flag dropped, Lazare fell to fourth position out of turn one, but it wasn’t long before he piloted the McLaren 570S GT4 into a position for a podium or race win. 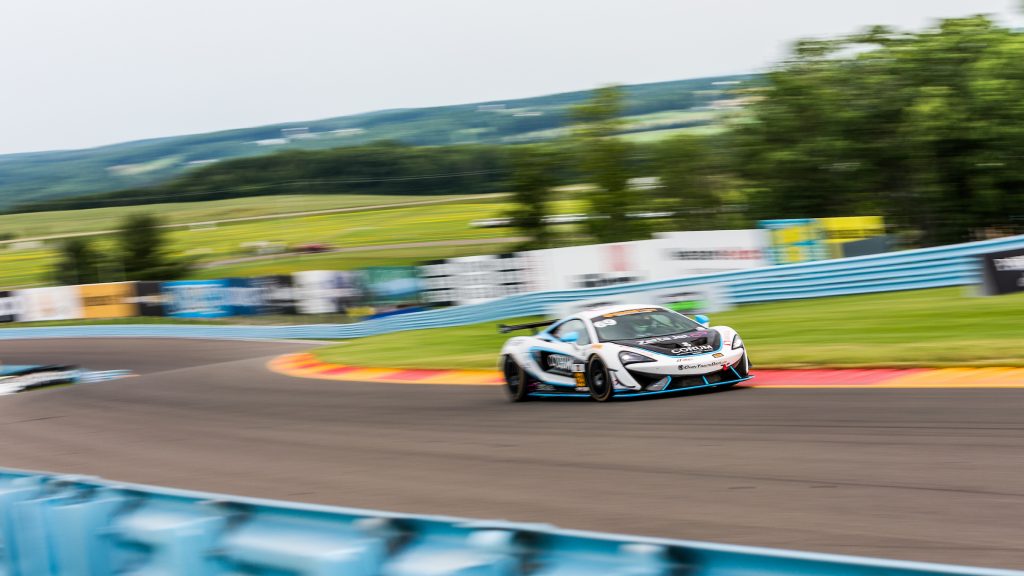 But overcast quickly turned to torrential rains, bringing out the yellow flag and closing up the field. A miscommunication between the series and the team saw the no. 69 McLaren 570S GT4 leading the field behind the safety car, and when the race was red flagged due to worsening conditions, the team was handed a 3m56s stop-and-go penalty, dropping them two laps down from the leaders.

Determined to minimize the damage to the team and salvage points, Green and Lazare sliced through the field to finish 10th in class, which also included claiming the fastest overall lap time and fastest speed of any car in the field. 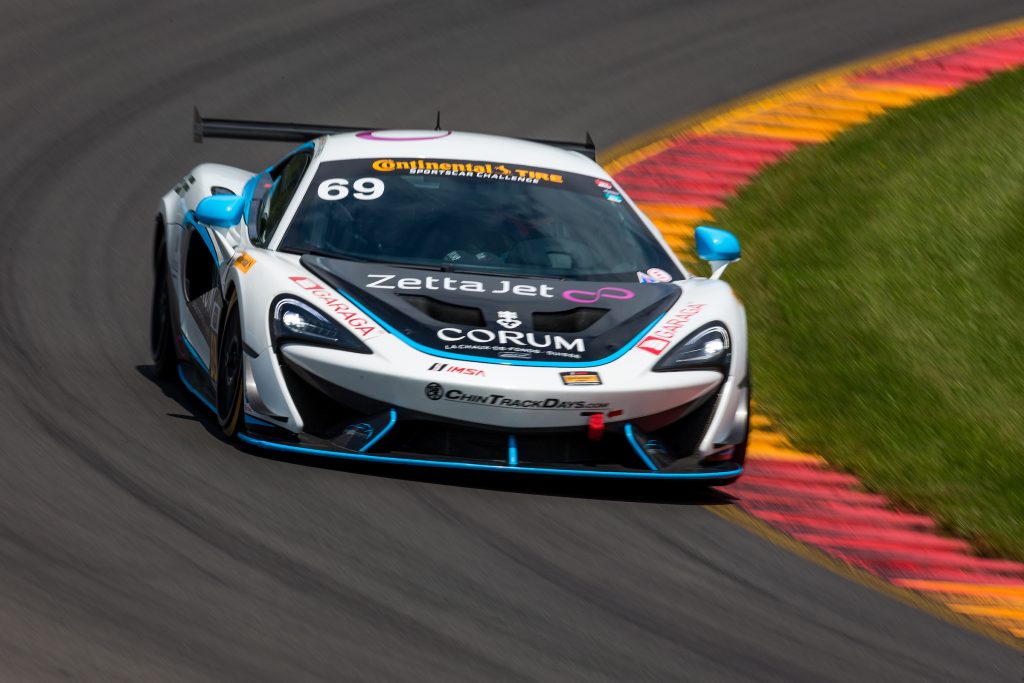 “Despite the disappointment of the penalty, when we came back out, we had good tires and a great race car, and set out to bring home some positive data and feedback for the team to improve the car,” Green said. “It was good to see the car dice through the field, and the 570S really showed what it is capable of.”

The team’s performance, along with Pfaff-sponsored Compass Racing’s recent double-podium finishes at both COTA and Watkins Glen, helped McLaren stay second in the manufacturer standings with 127 points. The outright speed of the McLaren 570S also puts the team in a strong position for Pfaff Motorsports’ home race at Canadian Tire Motorsport Park this weekend, taking place from July 7-8 in Bowmanville, Ontario. 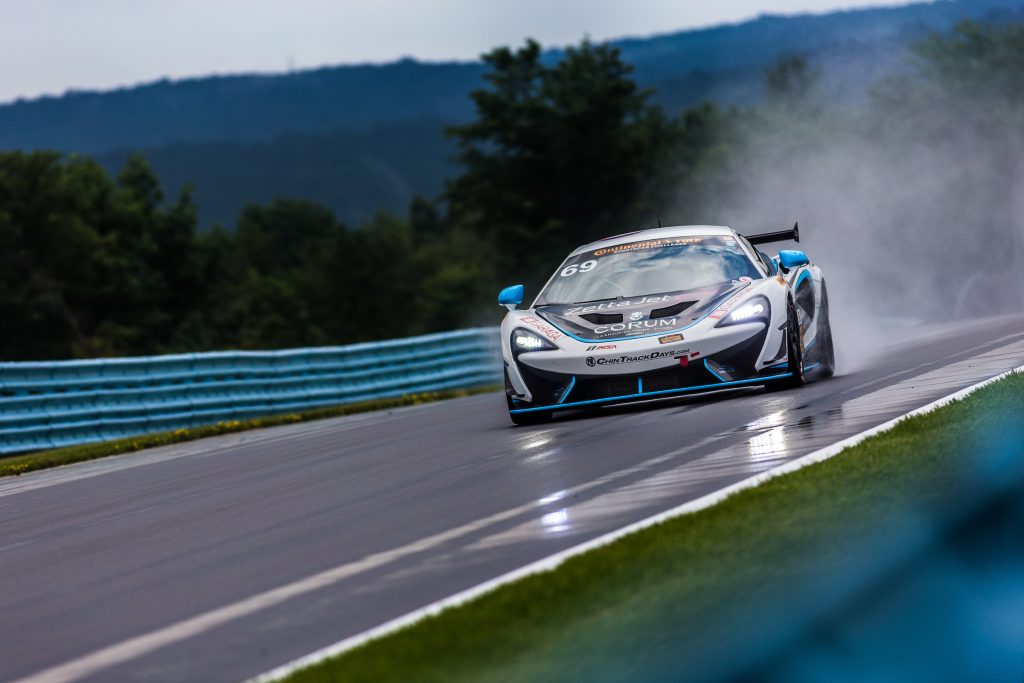