On Sunday, June 19, Pfaff Porsche opened its normally-closed doors for a group of over 50 passionate Porsche enthusiasts from the Facebook group Porsche True North. The father’s day holiday – and some diabolical weather early in the morning – didn’t deter the enthusiastic Porsche owners from coming out for the morning. 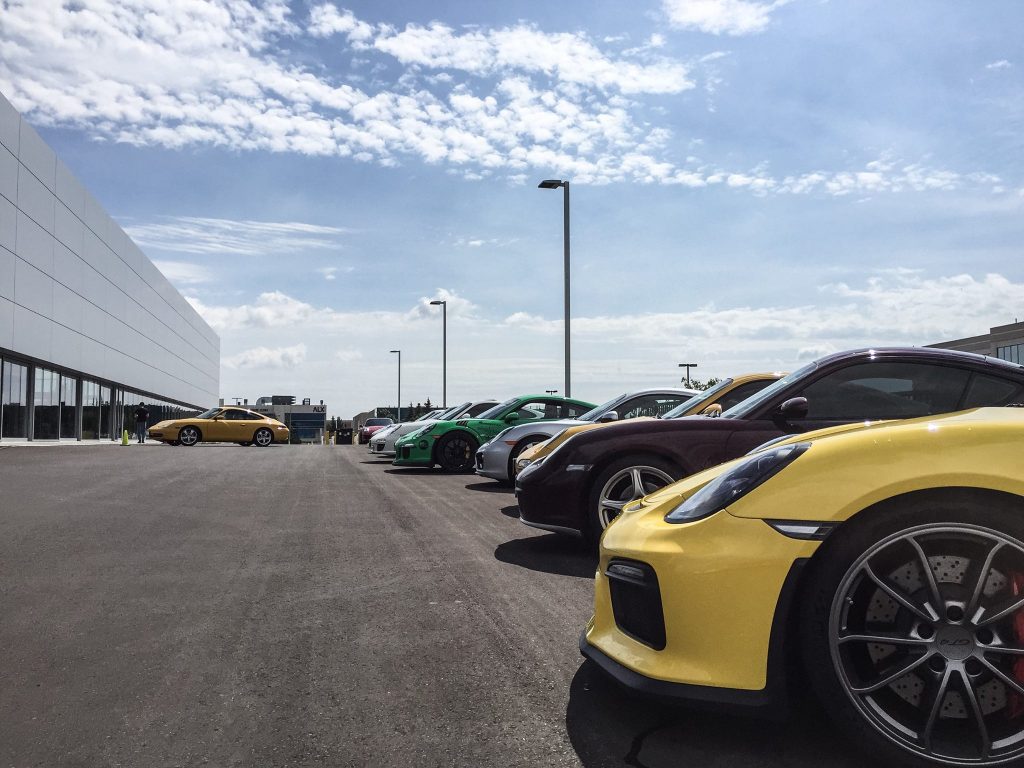 Early arrivals were able to watch Porsche win the 24 hours of Le Mans race for the 19th time as heavy rain poured outside. But as the morning wore on, the weather cleared, the sun emerged, and it turned into a scorcher of a day. Points to Porsche True North’s DJ, who braved the heat for several hours in the hot parking lot playing energizing tunes. 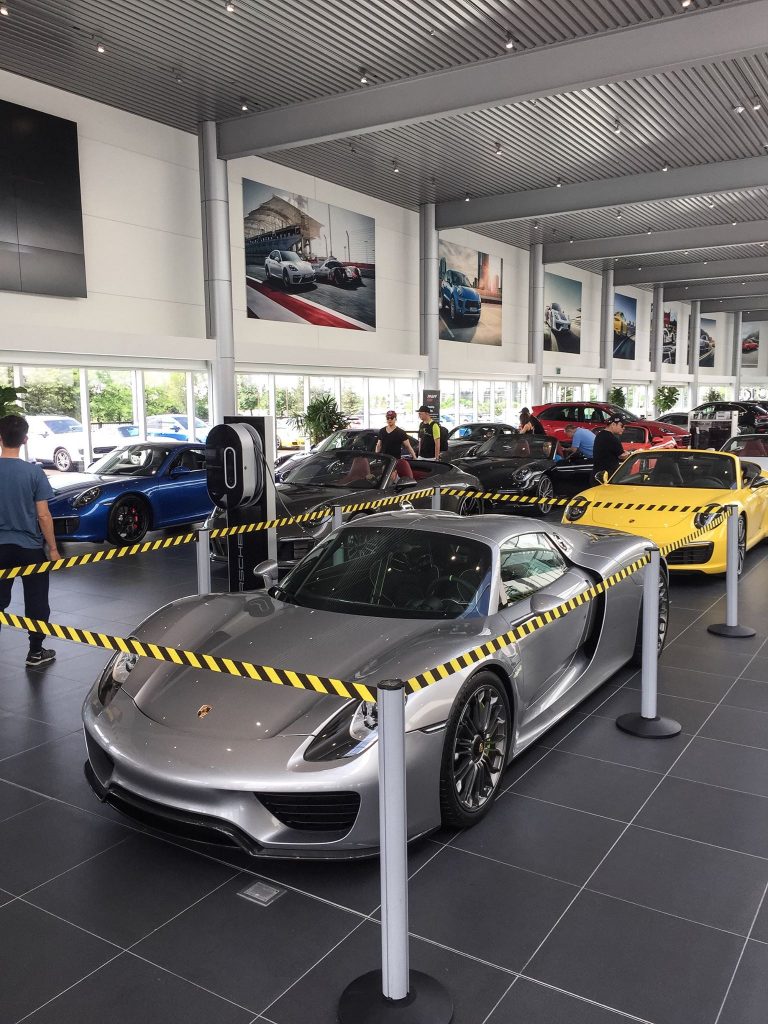 The group’s photographer set up a cool photo session inside the new drive-through service area, photographing each member’s car alongside a signature Pfaff creation – one of just five Pfaff 50th Anniversary 911 Turbo S vehicles in the country. The group also enjoyed a special “behind the scenes” tour of the dealership, seeing the underground pre-owned car showroom, detailing area, parts department, and two workshops, as well as the upstairs race simulators and model car wall. 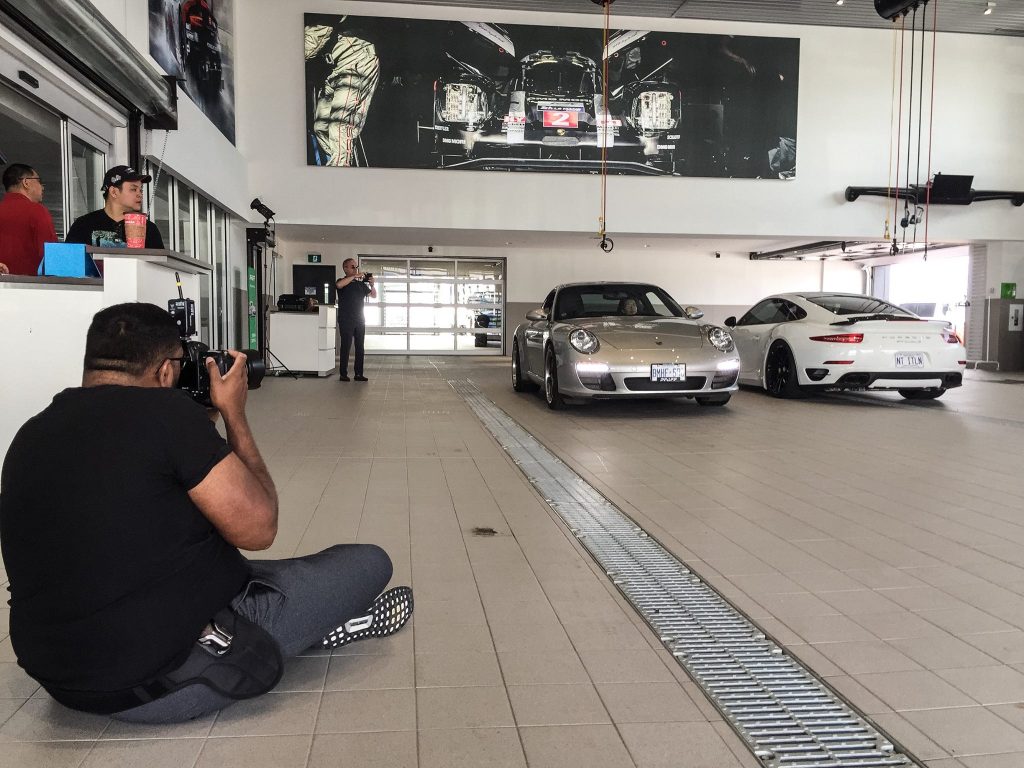 It was a great way to spend a morning for everyone involved and we look forward to collaborating with Porsche True North on future events. 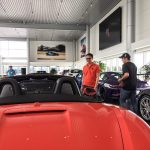 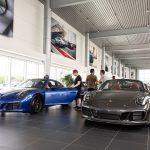 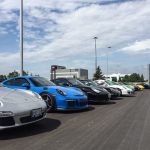 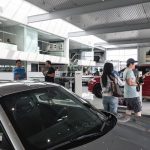 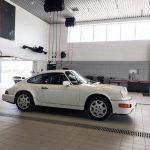 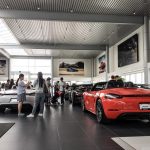