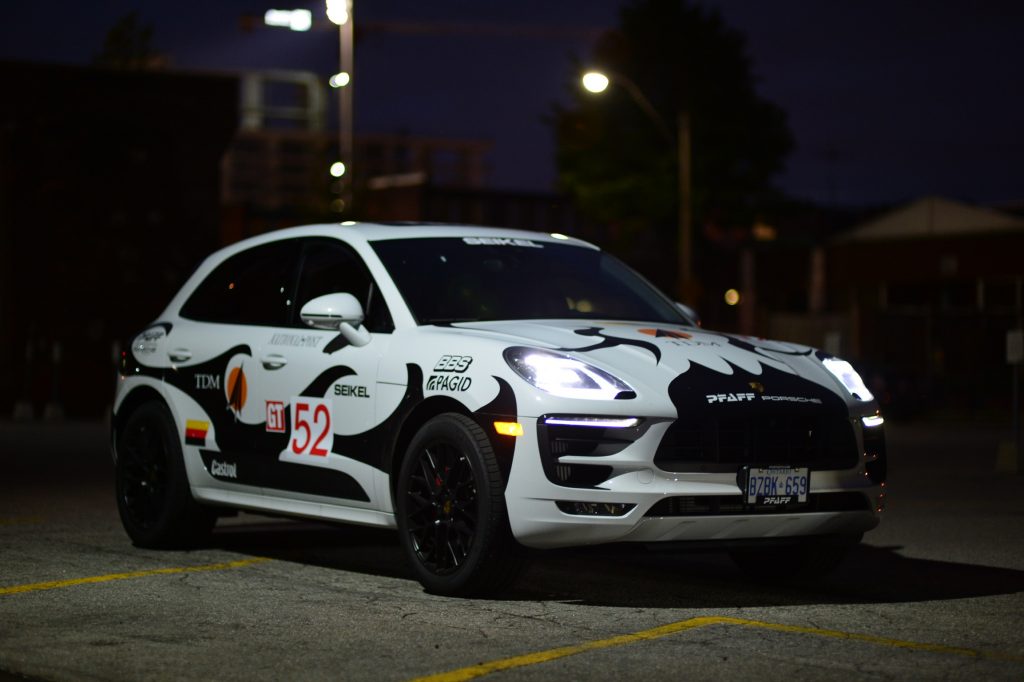 The letters “GTS” have a lot of significance in Porsche’s history. They adorned a number of race- and championship-winning cars in the company’s early racing years, indicative of sports cars that could perform at exceptionally high levels over long distances in endurance races, signalling a mix of speed and long-legged reliability. More latterly, GTS models have bridged the gap between regular production models and more extreme GT3 and GT4 cars – a blend of specialized equipment and extra performance with everyday usability. 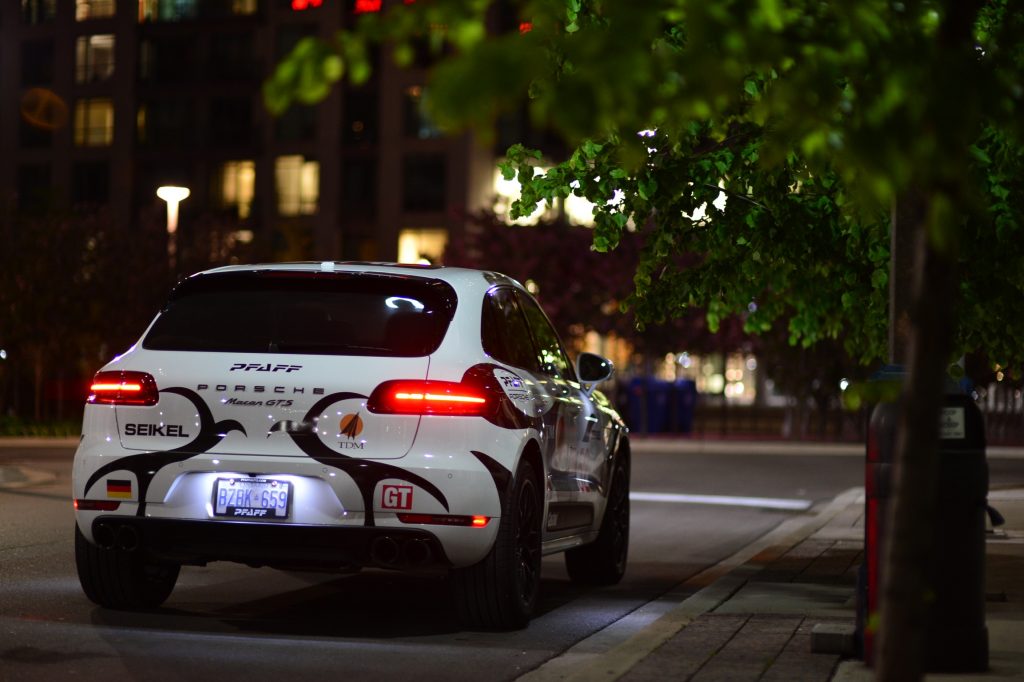 A GTS Porsche SUV may seem a little incongruous, then; the Cayenne raced in long-distance rallies (indeed, it won the gruelling Transsyberia three times straight in 2006, 2007, and 2008), but that car was an off-road monster, hardly in line with the street-biased 911 and Boxster/Cayman GTS models. But take a broader interpretation of those cars, and GTS comes to mean “just right” – a blend of sportiness and luxury that are incredibly appealing, and apply perfectly to the Cayenne, and now to the Macan. 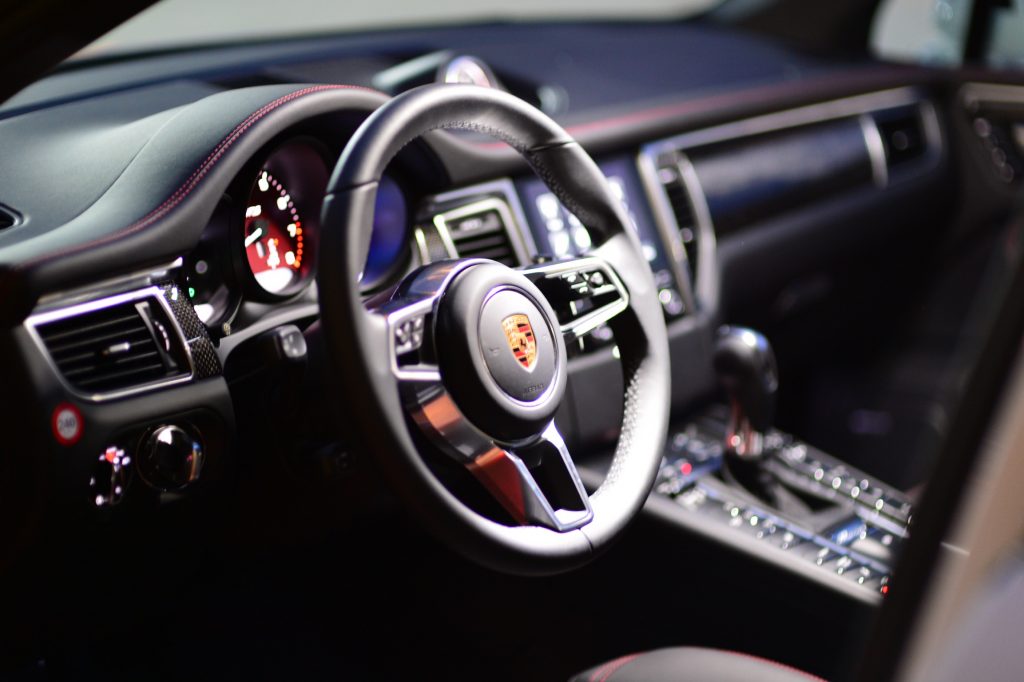 Given how beautifully the GTS sports cars work, it’s no surprise that the Macan GTS represents the sweet spot in Porsche’s small SUV lineup – the goldilocks car that sits between the mainstream four- and six-cylinder cars and the 400-horsepower Macan Turbo. Its turbocharged, 3.0-litre V6 has been upgraded to produce 360 hp (up from 340 in the Macan S) and 369 lb-ft of torque, and is coupled to a sports exhaust system for a bit of extra noise; it rides on lower suspension and bigger wheels, features brakes from the Turbo and comes with attractive cosmetic and interior upgrades that really make it the pick of the lineup. 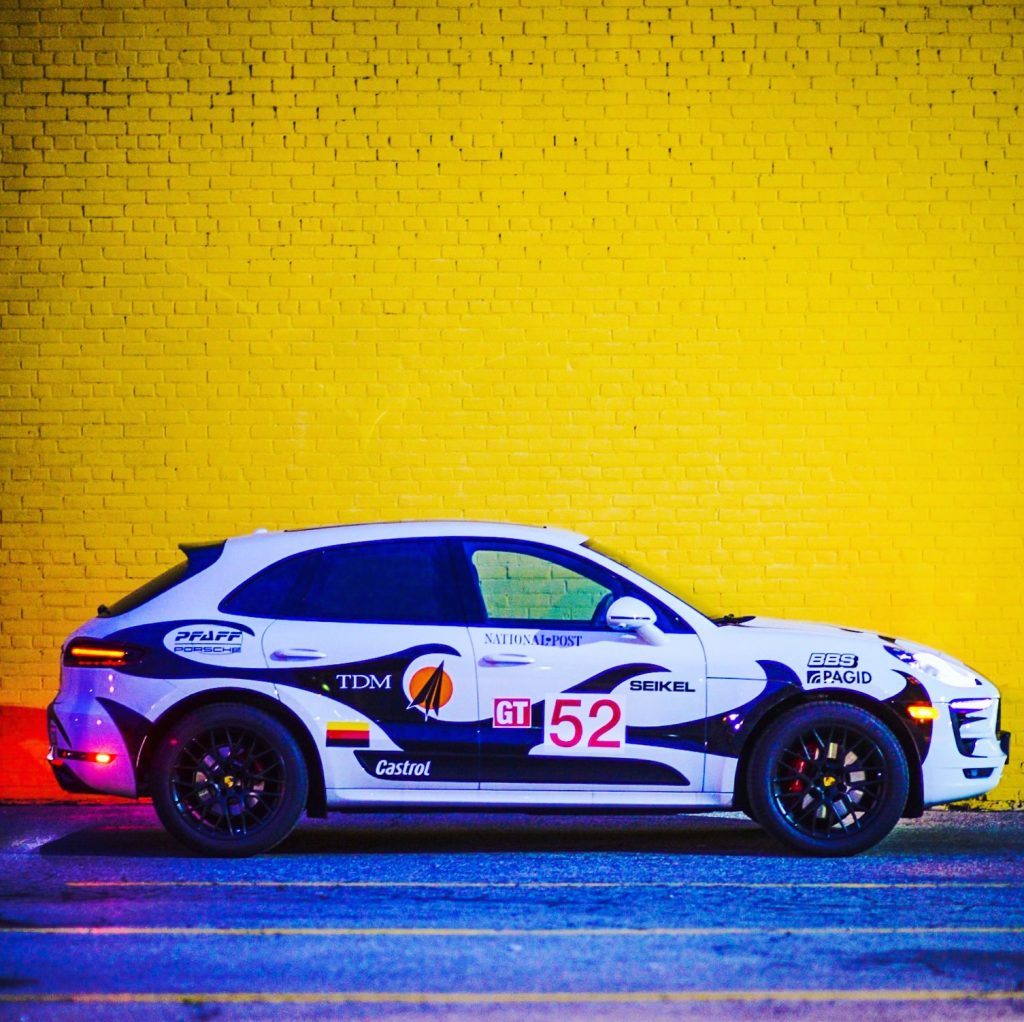 Certainly, it performs – far more strongly than the mere 20-hp upgrade would lead you to expect. The dash from 0-100 km/h takes less than five seconds – performance that a mainstream 911 would boast just a few years ago – accompanied by a delicious rasp from the quad-pipe exhaust when you’re in sport mode. Standard-fit air suspension lets you choose from three damper settings, letting you carve corners with a shocking level of precision given the size and ride height. The fat, staggered-setup 20-inch wheels and tires mean the Macan GTS grips as hard in corners as you will ever need, but it never feels inert like some vehicles can when shod with so much rubber; the steering wheel writhes in your hand as it reads the surface of the road, the rear end is reactive to the throttle, and all in all, it just feels much lighter on its feet than it should. 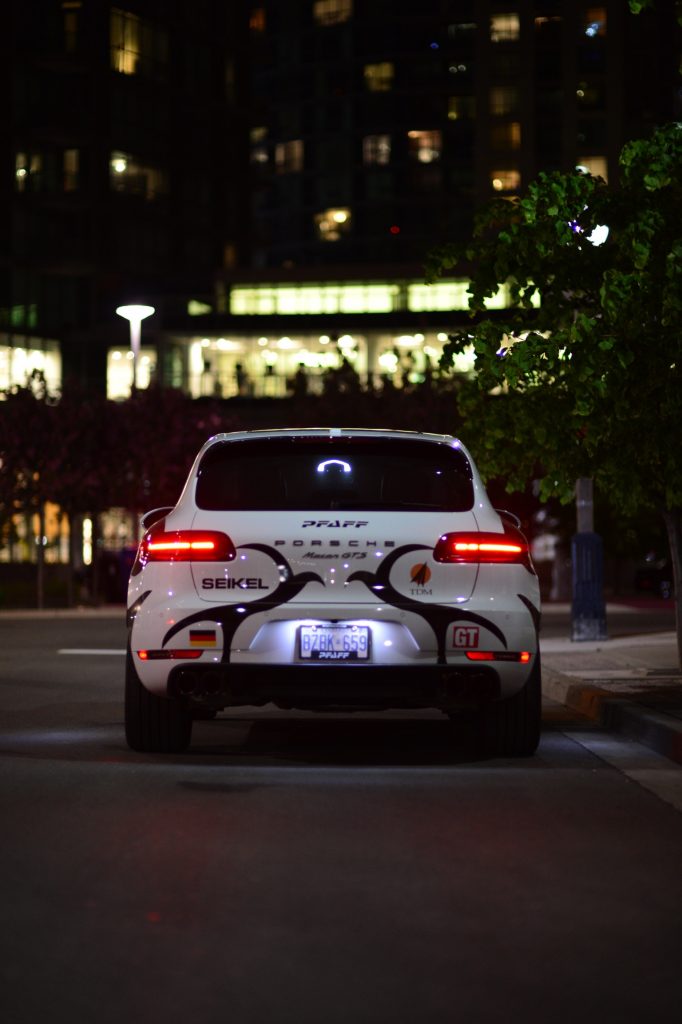 Credit for this liveliness can be divided between the superb PDK gearbox and the Porsche Traction Management all-wheel drive system, which is significantly rear-biased in normal running, and whose logic mimics that of the 911 Turbo. Under normal conditions, only a small portion of the engine’s torque is delivered to the front wheels, meaning the steering remains uncorrupted, and you really get that rear-drive feeling when punching out of corners. Should the front wheels need to come into play, torque is transferred instantaneously. It’s actually fun to watch the torque distribution gauge in the instrument cluster to see how active the system really is, constantly juggling the bias electronically while feeling completely natural. 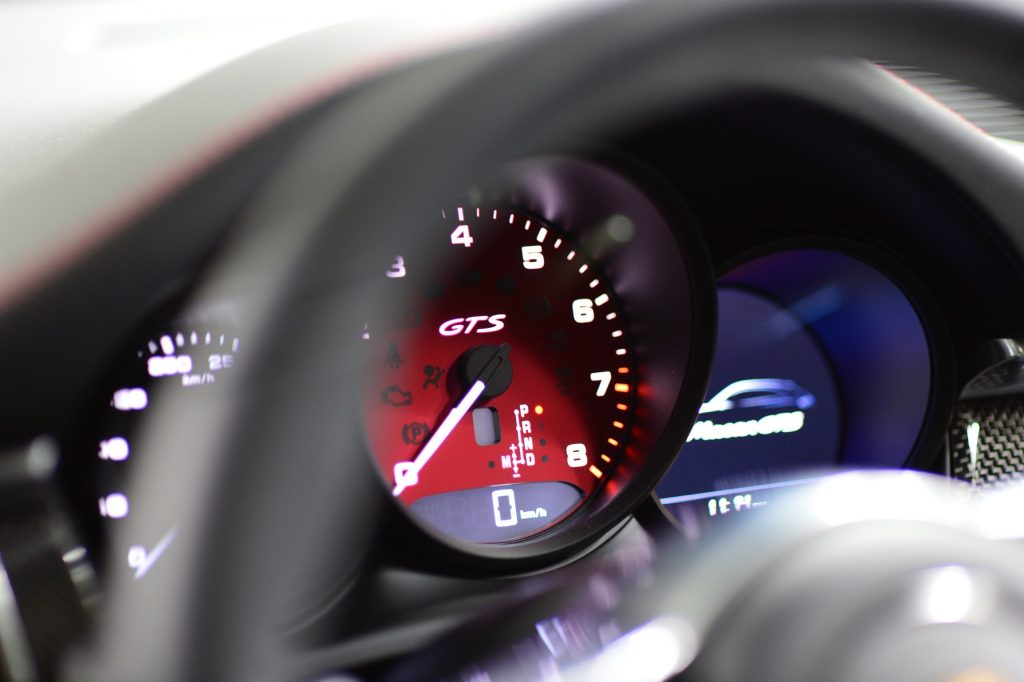 The other thing that’s great about the Macan GTS is its interior, which is significantly upgraded over regular models, with 18-way power seats, a load of standard infotainment goodies, and should you choose one of two interior packages, contrasting stitching and carbon-fibre trim. All of this in addition to a logically laid-out dashboard, plenty of storage space, and a surprising amount of room given the compact dimensions. It’s all beautifully-finished as well, the upgraded materials making it feel significantly more special than the regular Macan and the Macan S. The trunk area under the sloping rear hatch can be expanded easily by folding the rear seats, and the back seats have plenty of space for two adults, or three at a pinch. 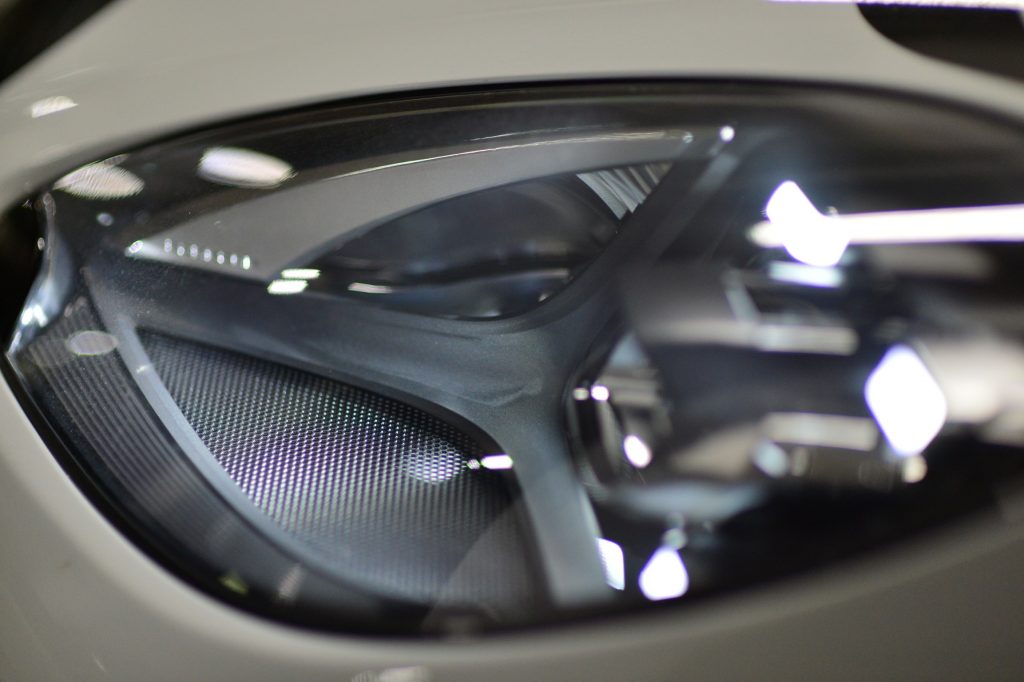 Given its starting price of $76,000, the Macan GTS is significantly more expensive that similarly-powerful vehicles from BMW (X4 M40i) and Audi (new SQ5). Both of those SUVs are spacious, sporty, and luxurious like the Macan, and actually both perform at a very high level as well. But what they can’t replicate is the feel of the Porsche: the tingle in the steering wheel, the incredible precision of the throttle response, the awesome exhaust sound, and just the way all of the control weights are so perfectly matched. In so many ways, the Macan GTS is the perfect small performance SUV.
Browse our inventory here.
(Curious about the livery? It’s a tribute to a Pfaff-sponsored 911 GT3RS raced by Pfaff Autoworks general manager Jeff Pabst in the American Le Mans series.)
Previous Post Next Post