TORONTO, ON – Pfaff Motorsports opened up the 2017 Porsche GT3 Cup Challenge Canada season in dominant fashion, taking the overall win in both rounds at Canadian Tire Motorsport Park (Mosport) as part of the Victoria Day SpeedFest activities this weekend.

Following a successful race debut at Sebring last month for the new Porsche 911 Gen 2 (991.2) GT3 Cup car that saw Pfaff’s new Platinum-class driver Scott Hargrove capture the car’s first global victory, the 2014 series champion wasted no time in putting his no. 9 Castrol GT3 on pole by more than two-tenths of a second for the Saturday and Sunday races. 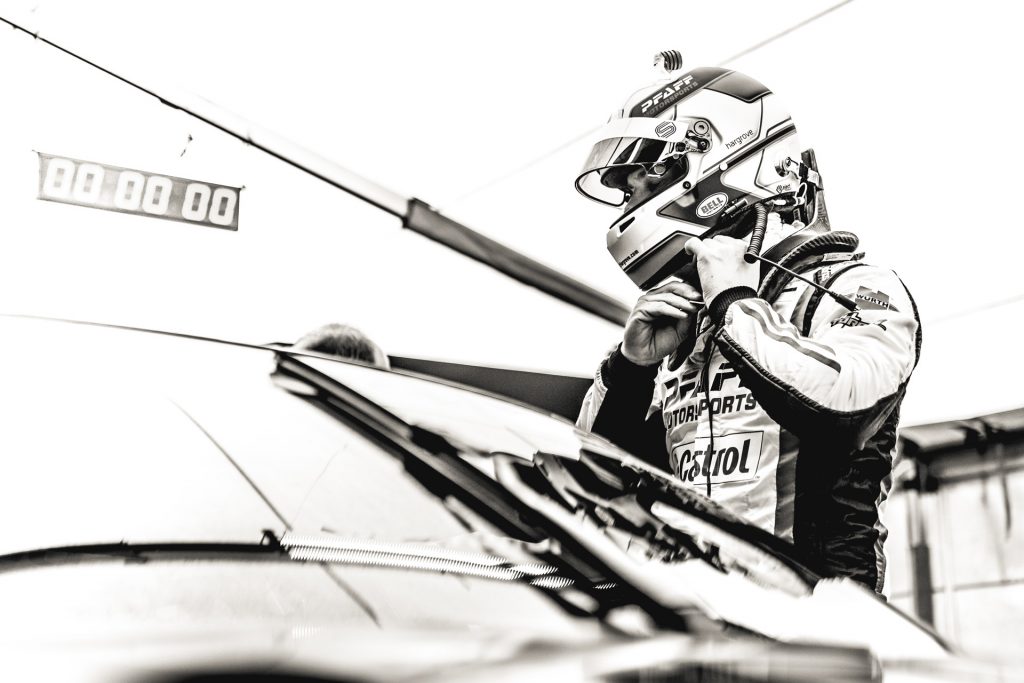 Driving alongside Hargrove was teammate Orey Fidani (Gold class) in the no. 13 Orlando Corp. 911 GT3 Cup, and Shaun McKaigue (Platinum Masters) in the no. 34 FER-PAL GT3 991.2, as well as new additions and Masters drivers Ed Killeen and Pieter Baljet, also running 991.2 GT3s. 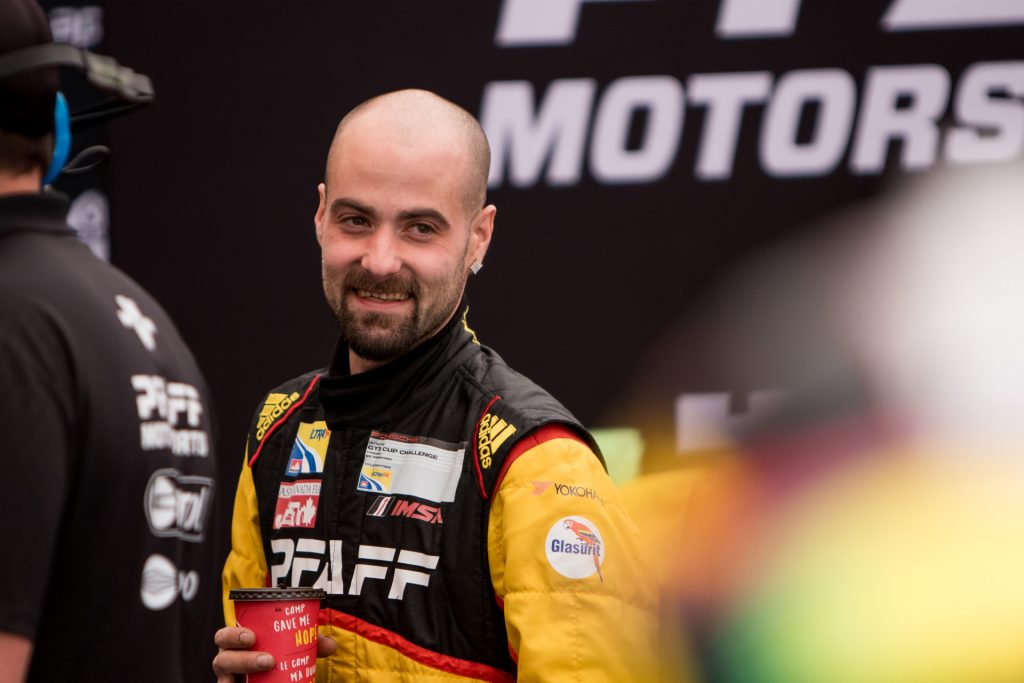 In race one, Hargrove’s raw speed saw him lead from flag to flag, staying consistent amidst pressure from Mark Motor’s Zach Robichon to capture the win by two seconds. McKaigue was in a heated battle for the Master’s class lead throughout the race, which ultimately saw him stand atop the third step on the podium, while Fidani was heavily in the Gold-class mix en route to a second-place finish. In their Pfaff Motorsports race debuts, Baljet and Killeen finished in 13th and 15th overall, respectively. 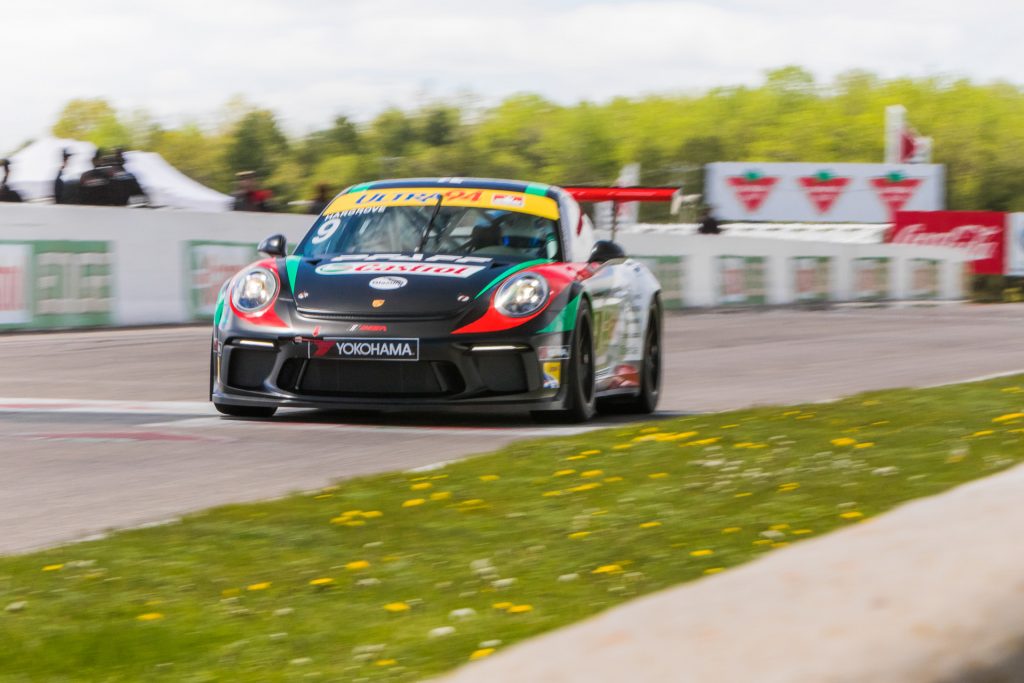 For Hargrove, race two was much of the same. The rain held off just long enough to see him weave the lead car through the lapped field, ultimately losing Robichon and the competition in the latter stages of the 45-minute sprint. On the opposite side of the coin, Fidani ran into some technical issues that put him at the back of the grid for the green flag, though a calculated and tenacious drive saw him take a well-deserved second place once again, followed by McKaigue’s repeat third-place finish in Platinum Masters to round out Pfaff’s podium finishes.

Despite fielding the largest GT3 Cup team in the series and Pfaff Motorsport history, the team was able to execute a near-flawless weekend that saw all five cars arrive home safely. 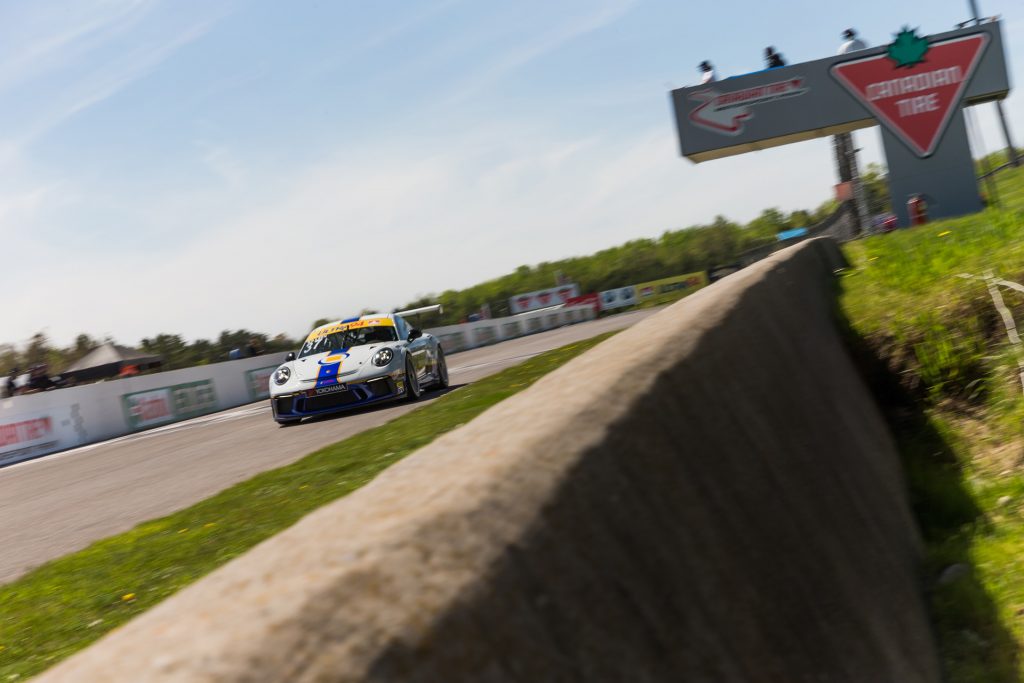 With each driver firmly planted in the hunt for their class championship, rounds three and four will surely provide added excitement, as the GT3 Cup Challenge Canada series makes its way to Circuit Gilles Villeneuve for the Formula 1 Canadian Grand Prix weekend, taking place from June 9-11 in Montreal, Quebec.

“To start the season off like this is absolutely incredible. I couldn’t have asked for anything better – the car and the team have been flawless. For race two today, the cooler weather made for an interesting race, but the car was still on rails. I can’t thank the team enough for their support, and I can’t wait until we’re back on track in Montreal.” 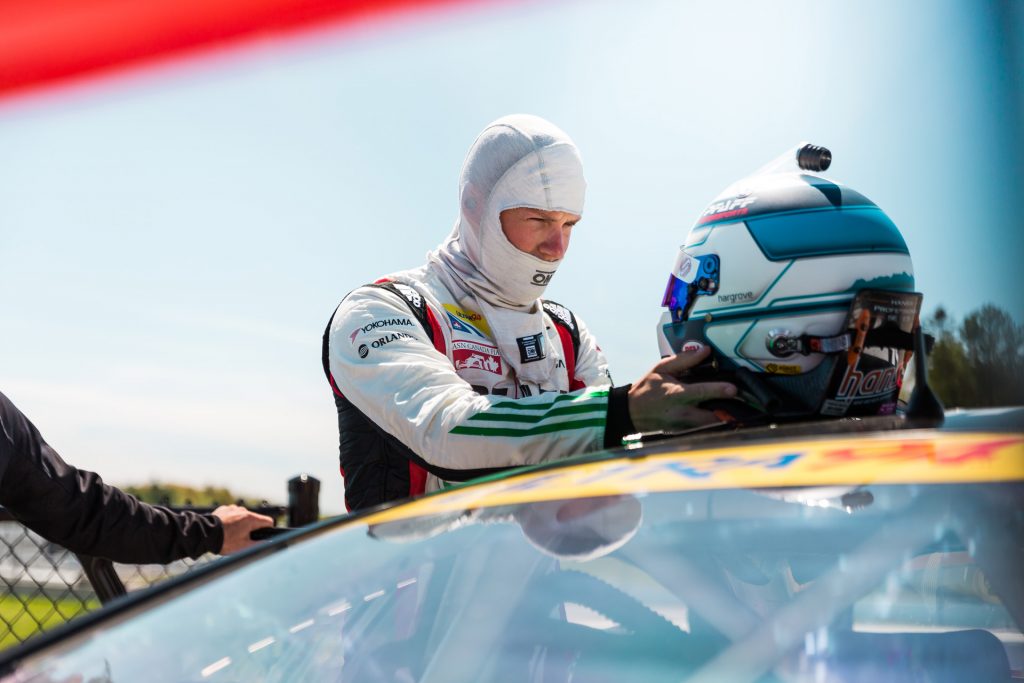 “It’s great to come away from this first weekend with two podium finishes. I think the [U.S.] races in Sebring helped us familiarize ourselves with the car – we’re always improving our times, and there’s still plenty to go, so that’s really promising. It was a great two races, and the Pfaff team has done a great job once again to get us where we need to be.” 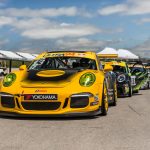 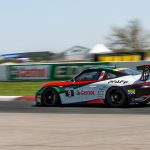 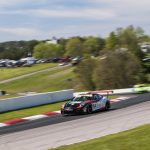 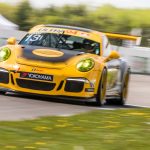 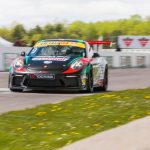 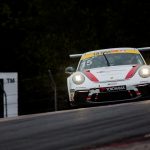 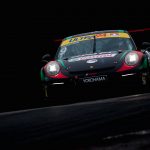 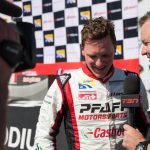