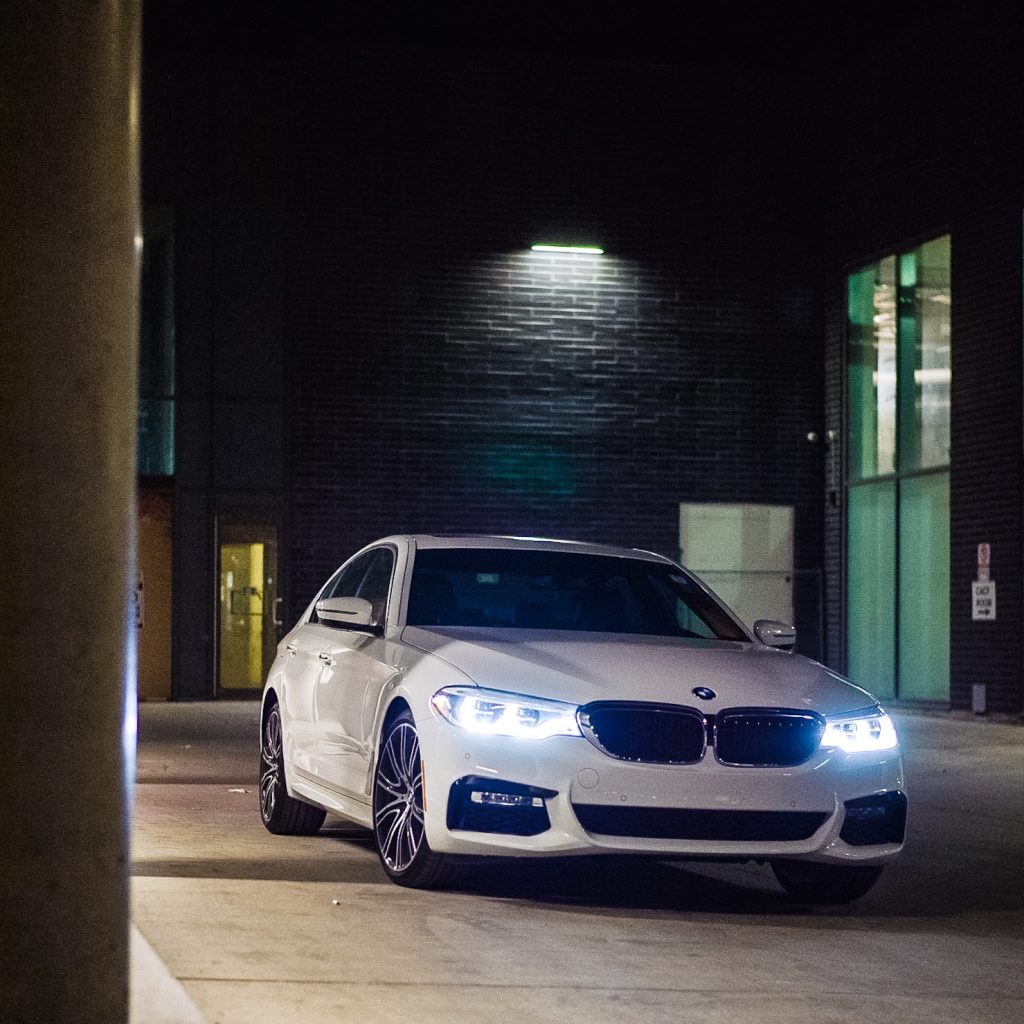 Look out on the roads, and you won’t need an expert automotive analyst to tell you that the sedan segment – and the midsize luxury sedan segment in which the BMW 540i competes – is shrinking. Particularly in Canada, where half our year involves dealing with snow and ice, customers are increasingly migrating towards SUVs, which with their all-wheel drive, higher ground clearance, and upright seating positions, give a sense of security from – and domination of – the elements. But luxury sedans like the 540i still have their own advantages: higher performance, nimbler handling, better fuel efficiency, and an elegance SUVs can’t yet deliver. Plus, especially from German brands like BMW, they still serve as the launching pad for technology that usually takes a generation to trickle down to four-by-fours. 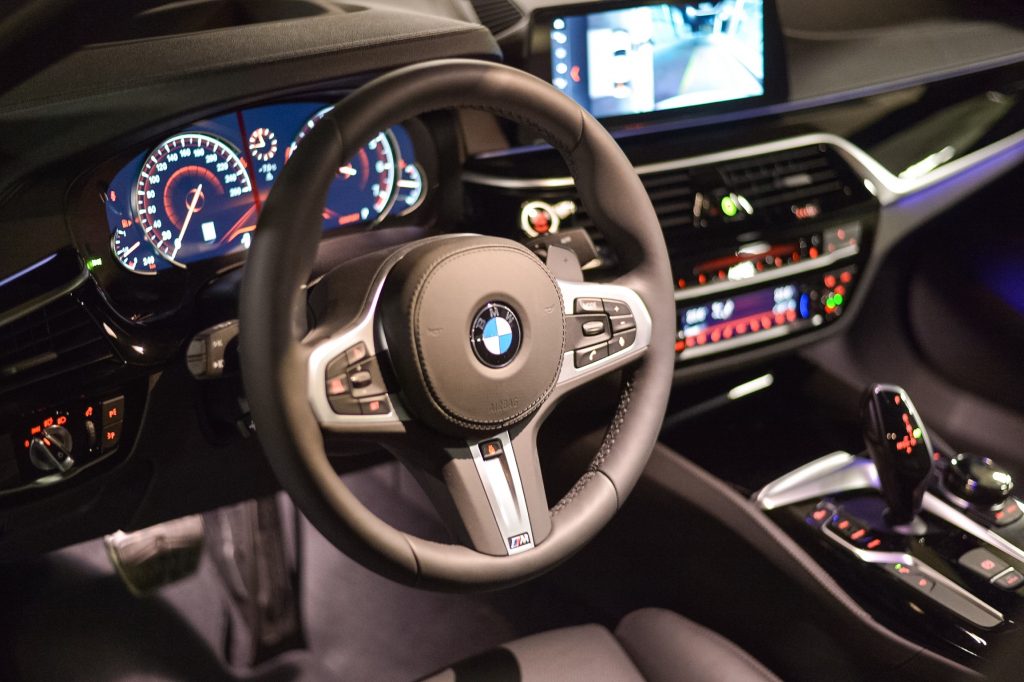 Following hot on the heels of the 7 Series, introduced just over a year ago, the new 5 Series has arrived at Pfaff BMW, and boy, is it a festival of microprocessors, screens, cameras, and driver assists. In many ways, its tech outshines even the 7, which already led the industry – not only incorporating more tech, but also making it more user-friendly than ever before. 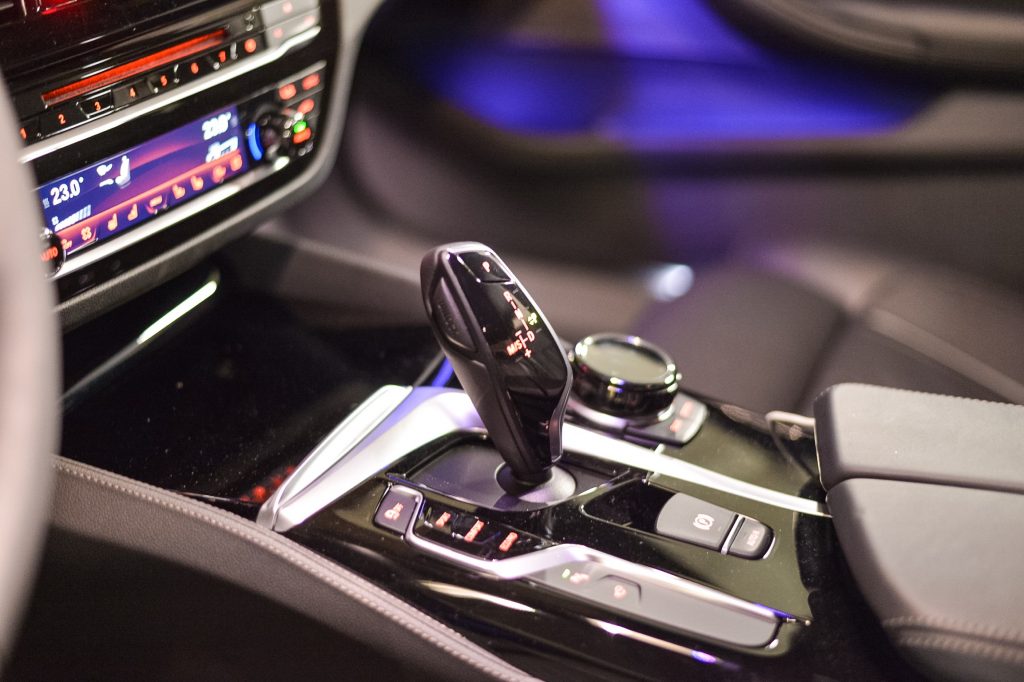 Take, for example, the wide array of driver assists, which include available active cruise control, lane departure assist, pedestrian detection, automatic braking, and more: they can be selected with a simple press of a button on the dashboard, and are set up with a few simple twists and clicks of the iDrive controller, a process that’s as easy as programming a radio preset. Using these semi-autonomous systems requires no more knowledge or input than their less-sophisticated predecessors, yet the sum total of their capabilities is a car that can, if you want, almost drive itself in some situations. They’re seamless in operation, they’re easy to use, and they make long drives much more relaxing. 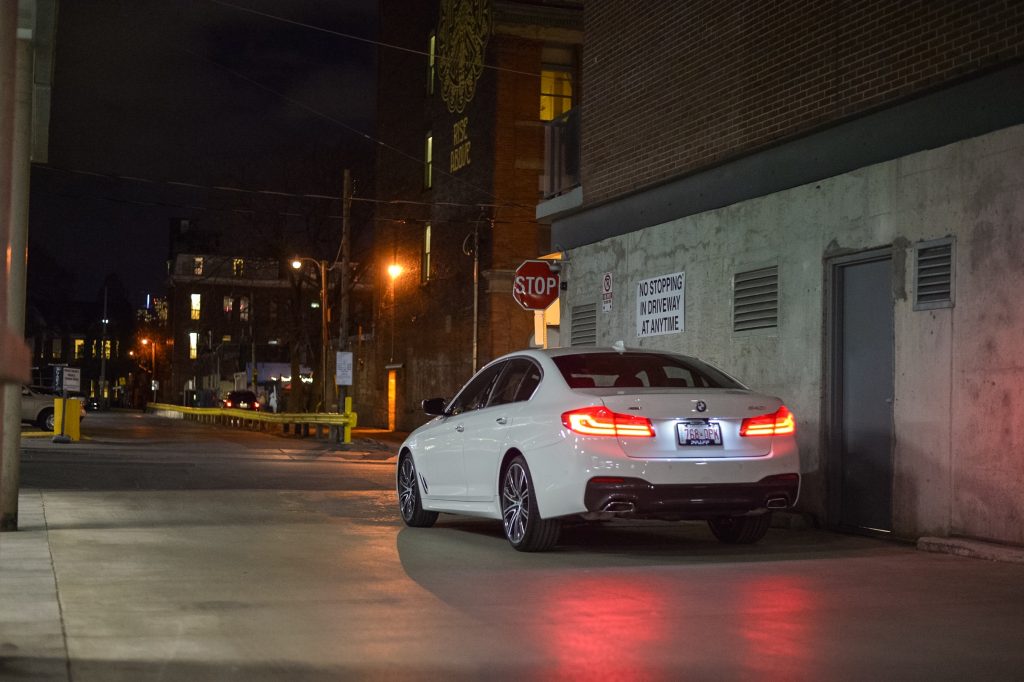 The same can be said for the way BMW has enhanced the interface for iDrive. In addition to the rotary controller on the centre console, you can now choose infotainment, climate control, and vehicle options by touching the large, dash-mounted screen directly, or by voice command. In addition, gesture control gives you the ability to control some audio and phone functions simply by waving your hand in the air in front of the screen. It works surprisingly well – and much better than it does in the 7. Plug in your Apple-branded device to one of the USB ports in the centre console and a familiar interface greets you through Apple CarPlay. And operating the 5’s many other systems – from the multi-contour power seats to the climate control – brings up helpful prompts on the screen to guide you. And the audio system – a modest-looking Harman-Kardon outfit – is just spectacular, one of the best I’ve tried in any car. 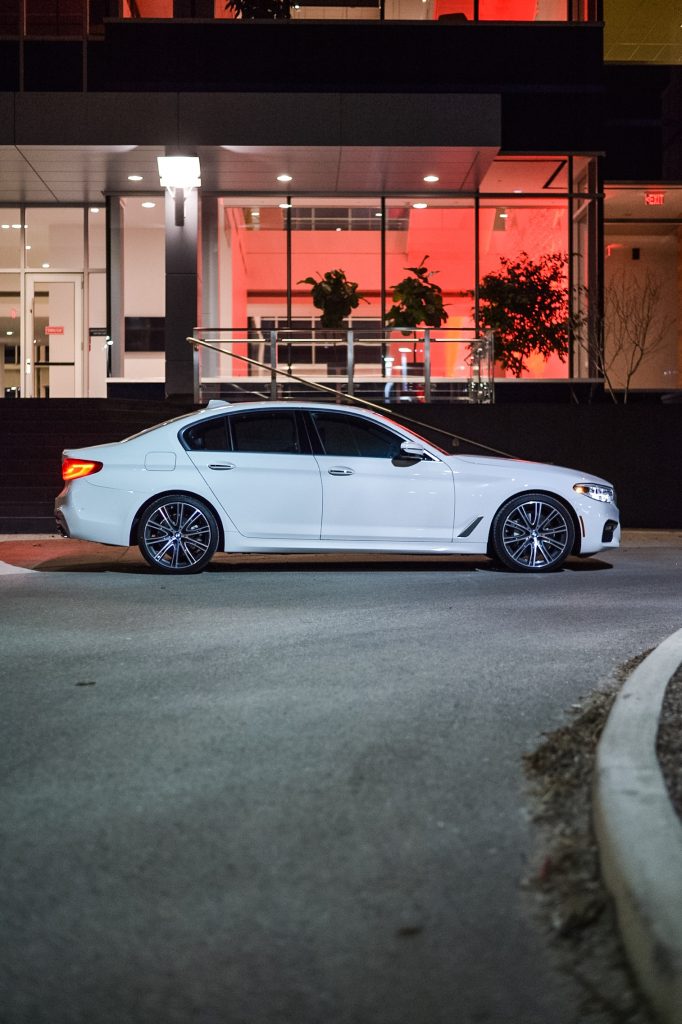 For a starting price of $61,500 for the 248-hp 530i and $69,900 for the 335-hp 540i that I tested, you get an incredible occupant environment along with all the class-leading technology. The materials, the quality of the build, and the solidity of the construction, are a perceptible step above the the similarly-positioned X5 SUV (starting price: $67,500). Check out, for instance, the power-seat adjusters, which on the X5 are quality matte-plastic items and which on the new 5 are polished to a mirror shine, with metallic trim; or the lighting, which lets you select not one, but two, LED accent colours for your perfect nighttime ambiance. Sitting lower to the ground than in an X5, you have similar amounts of leg-, shoulder- and head-room, but the environment feels more intimate and luxurious – more about pampering you, less about the utilitarian functions of hauling people and their gear. (Not that the new 5 isn’t practical: the trunk is huge, as is the back seat; all that space is just configured a little differently.) 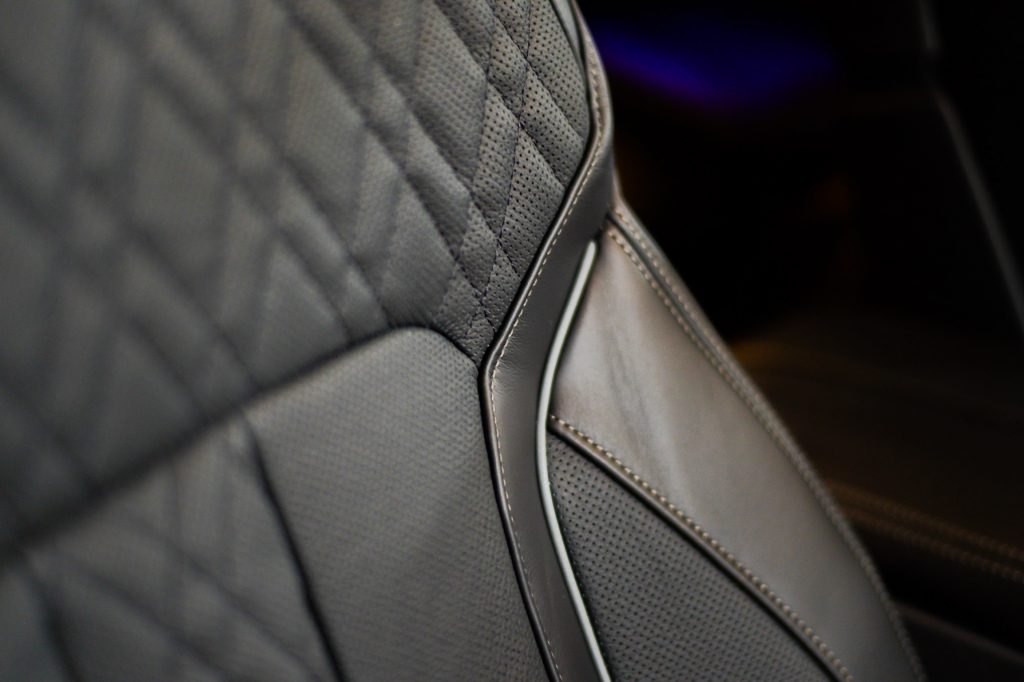 I haven’t even gotten to the best part, which is the driving. This is, even with the mid-level “40i” engine, a sports sedan in the best BMW tradition. The turbocharged 3.0-litre six-cylinder delivers huge helpings of power with no perceptible turbo lag and with a subtle, but glorious, silk-ripping sound as its tears through the rev range. The familiar eight-speed automatic transmission snap-cracks through gears as crisply as any dual-clutch box in sport mode. With standard xDrive all-wheel drive in Canada, the performance is stunning: 100 km/h comes up in a barely-believable 4.8 seconds in almost any conditions. When you’re not in the mood, Comfort or Eco Pro modes slip the new 5 silently through traffic, slur the gears so you barely perceive them changing, and lighten the controls. 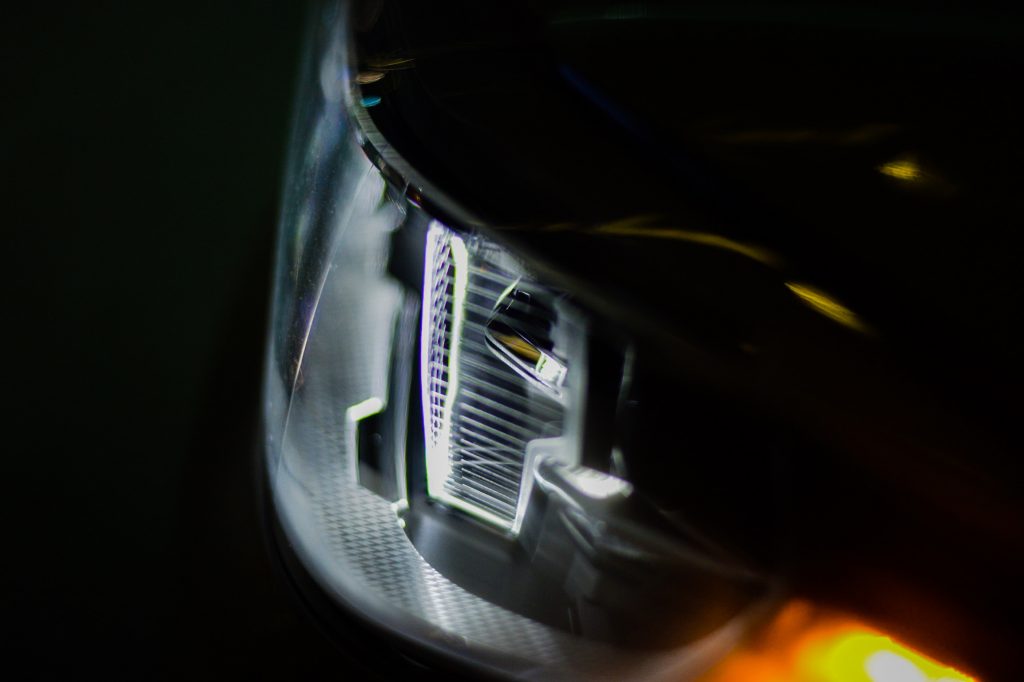 As an executive sedan as well as a sports sedan, the 5 has an incredibly broad range of demands to meet. That it covers all of the bases and does it so well is pretty impressive. For the money, you won’t find any car that packs so much technology so densely into such a cohesive package. Nor will you find one that drives so fluently, no matter what your mood. None of this should come as a surprise. Sports sedans have always been BMW’s core product, and the new 5, despite its increasingly diverse buyers and broad remit, that’s what the new 5 remains. It was a car that I was expecting to like, but I liked it even more than I thought I would. 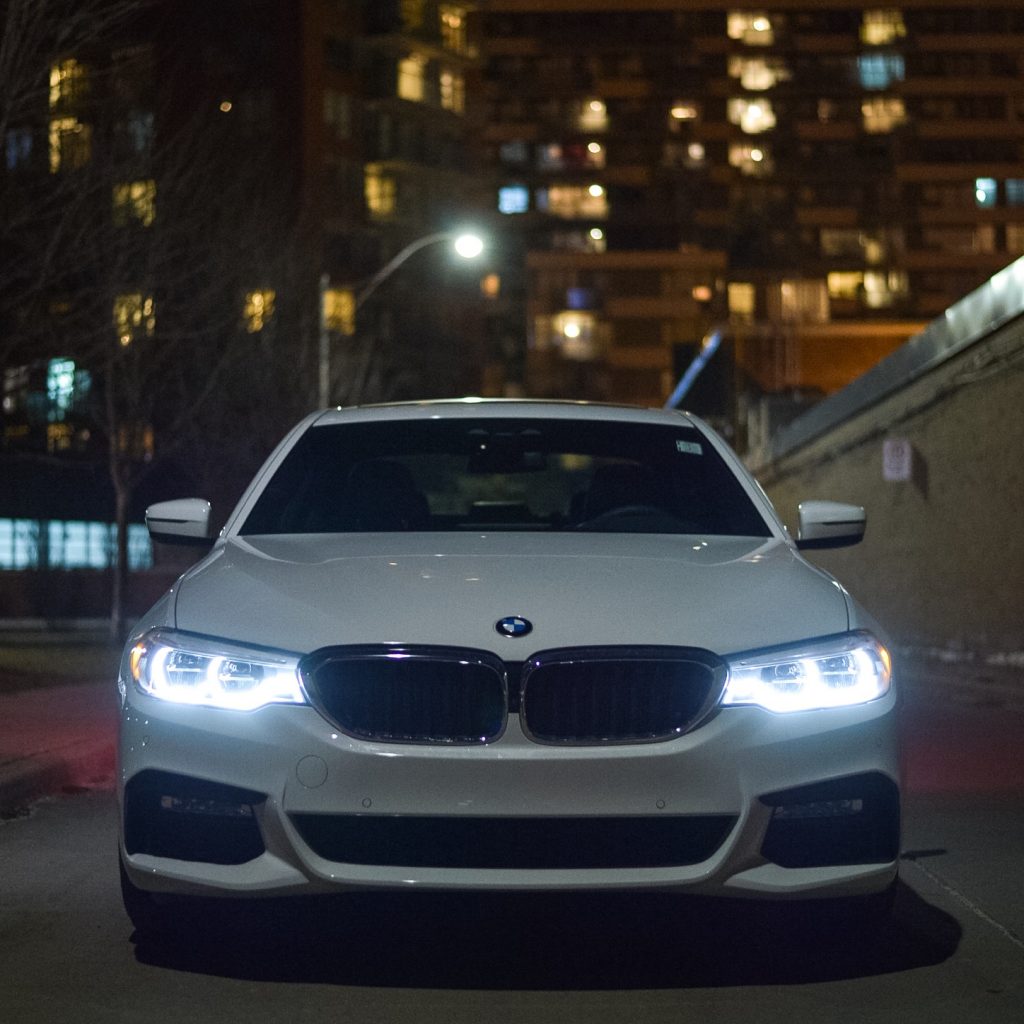