Words from George Robinson from Hallmark Toyota after his trip to Ottawa.

Being a long time Toyota owner and customer, I can’t tell you how much I was looking forward to driving the million km Corolla for an extended trip. 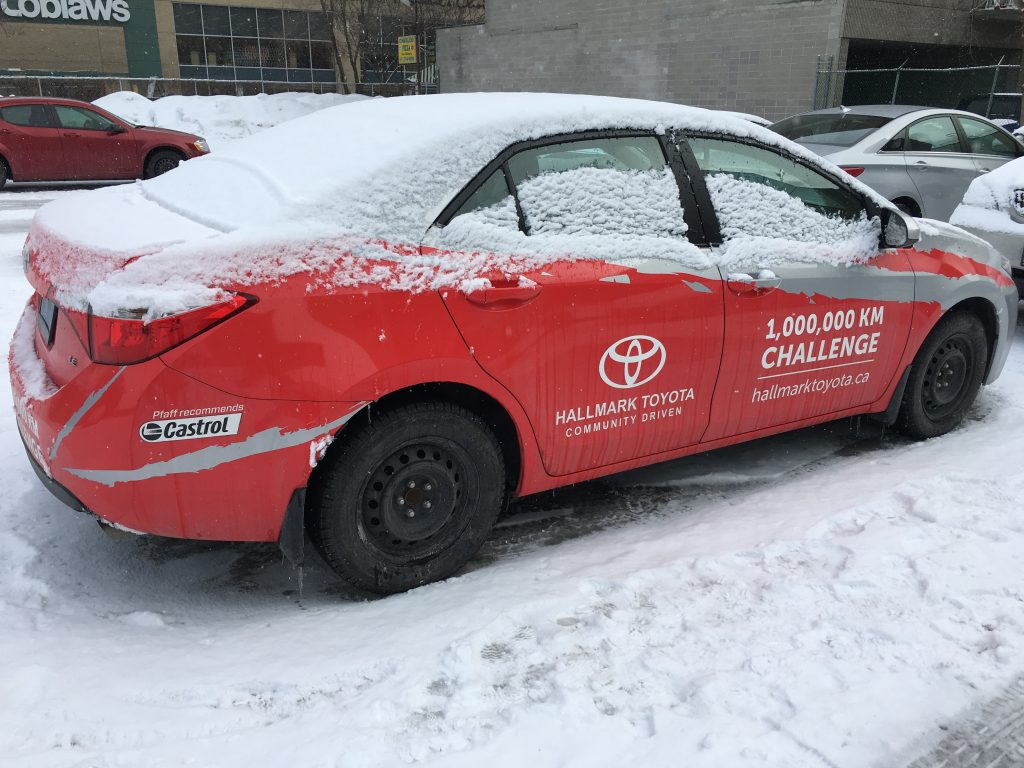 One of the first things I noticed was the Bluetooth and USB/AUX connectivity for all my devices. This worked out great, as I lost all my favourite GTA based FM stations along the five hour drive.

The fuel economy was fantastic, as you’d expect with a Toyota, and I found that it was even better than my own older model Corolla and Matrix.

One interesting thing I found, as an avid cruise control user, was the remarkable ability of the CVT transmission to accelerate back to the previous set speed while keeping the eco light on and not over- revving the engine. This is a great fuel saver!

Both the vehicle ride and the seats were comfortable for the whole trip. Responsive steering meant less steering adjustments at highway speeds. Another plus was the backup camera which sure came in handy. This feature is often overlooked.

The old “if it ain’t broke don’t fix it” adage rings true. Things like a separate, easy to see clock and easy to use climate control knobs add convenience for the driver.

However the single biggest and most amazing thing I discovered was the quietness of the cabin. Even cruising along at highway speeds the car is as quiet as some luxury vehicles I have driven.

All in all it was a great vehicle that made for a fantastic trip. I look forward to my next excursion with the Million Kilometer Corolla in coming months.