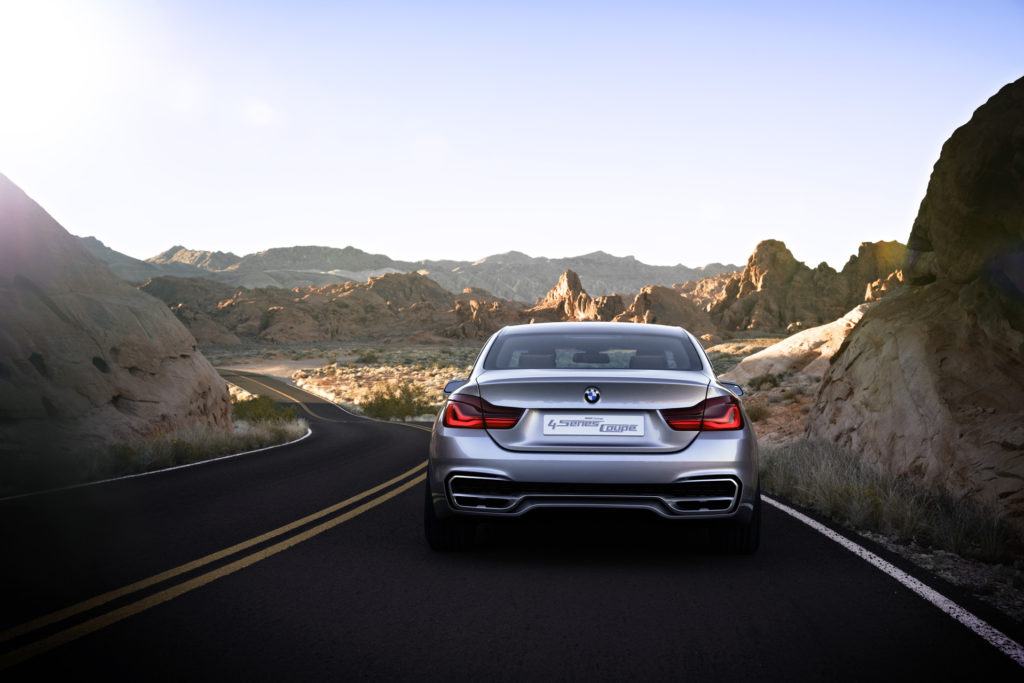 BMW is pleased to introduce the updated 2018 BMW 4 Series lineup. Available in three distinct body variants, the BMW 4 Series embodies the very essence of dynamics and aesthetic appeal in the premium segment. The 2018 BMW 4 Series Coupé, Convertible and Gran Coupé models will be on sale in Canada in spring of 2017, debuting with the following base MSRP’s:

The BMW 4 Series success story dates back to September 2013 and the launch of the original BMW 4 Series Coupé. Built at BMW Group Plant Munich, the 4 Series Coupé adds its own brand of aesthetic appeal and performance to its qualities. With a notably wider stance and longer wheelbase than its predecessor, the body of the BMW 4 Series Coupé has a low-slung silhouette with sporty, elongated lines. Sporting the brand’s trademark short overhangs, a long hood and a passenger compartment set back with a flowing roof line, the BMW 4 Series Coupé boasts a perfectly composed design language, while still offering high levels of everyday practicality.

Shortly after the launch of the BMW 4 Series Coupé, the convertible entered the Canadian market. Raising the roof line produces a broad-shouldered look and a graceful, sporty outline that is emphasized by the long trunk lid. Opening the roof, meanwhile, creates the impression of a wraparound boat deck rear. The Convertible is manufactured at BMW Group Plant Regensburg. 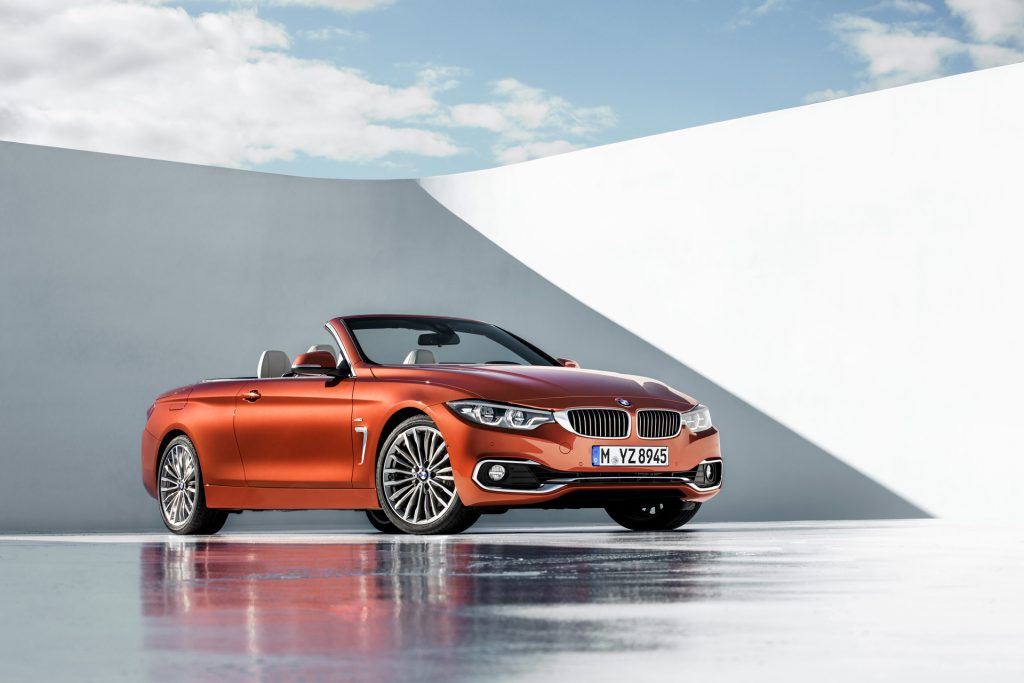 The new BMW 4 Series Gran Coupé was BMW’s second four-door Coupé after the 6 Series Gran Coupé. The car’s dynamic-looking, elongated styling succeeds in uniting sedan-like functionality with the sporting elegance of a Coupé. Built at BMW Group Plant Dingolfing, the addition of rear doors gives the 4 Series Gran Coupé an even sleeker appearance. 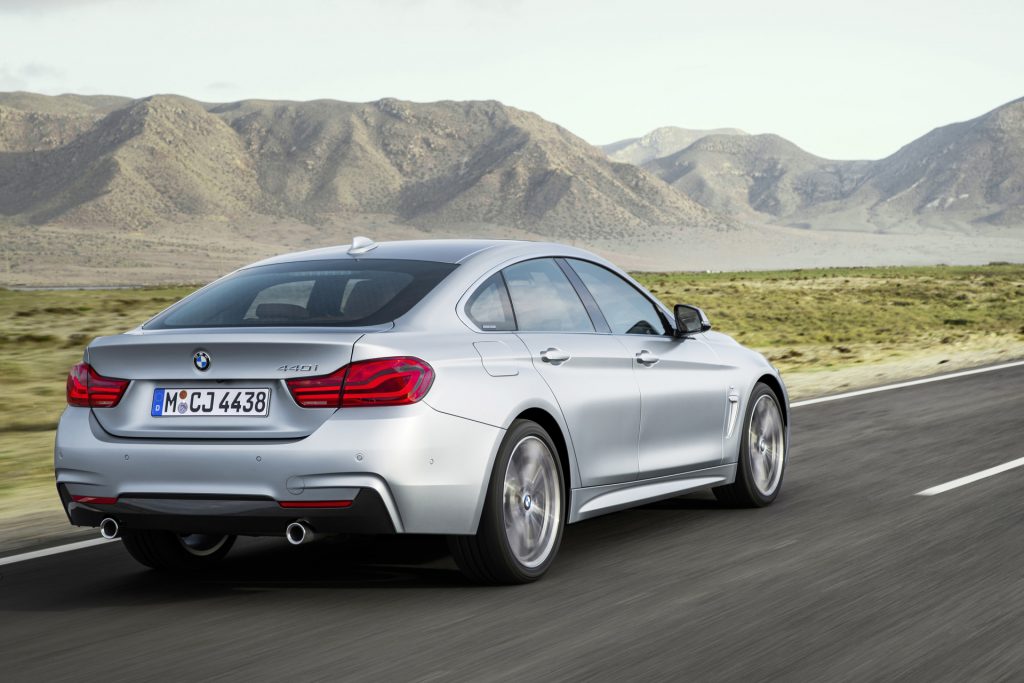 “The maxim guiding the BMW 4 Series model update was ‘stick to the proven formula but add extra richness to the cars’ character’. That’s why the exterior design shines the spotlight most brightly on the dynamic and elegant qualities of the BMW 4 Series family” Domagoj Dukec, Head of Exterior Design BMW Automobiles. 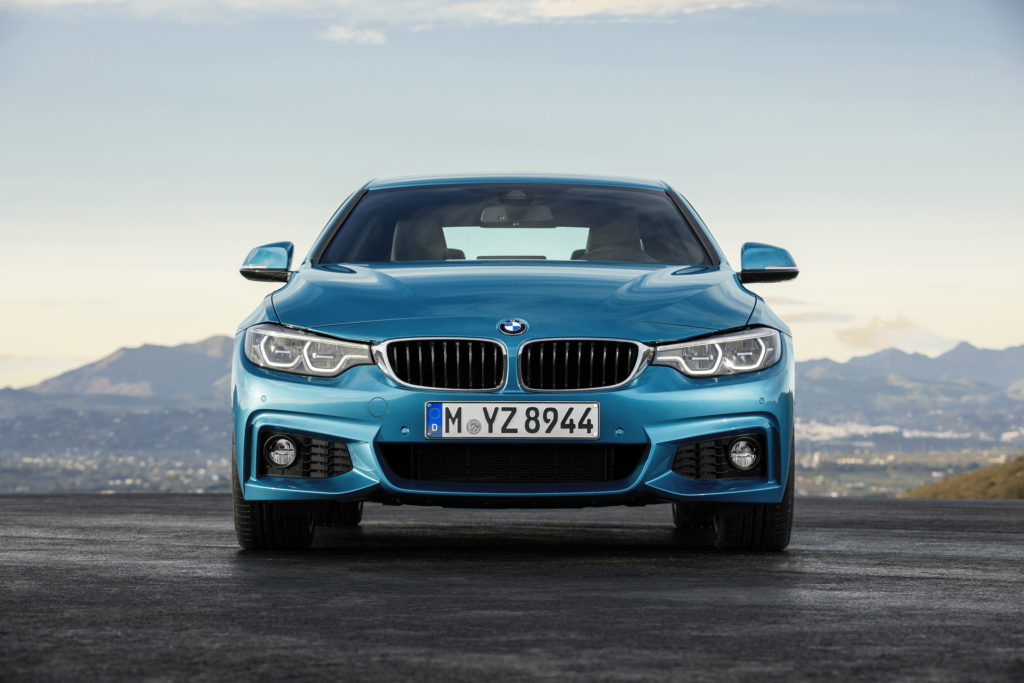 Styling cues derived from the spectacular BMW Concept 4 Series Coupé from 2012 are clearly visible in the design of the new BMW 4 Series, with the new models including elements such as hexagonally shaped full-LED headlights, a large air intake with eye-catching bars and full-LED rear lights. The restyled nose of the BMW 4 Series expresses the model range’s dynamic overall personality to great effect. Crisp contours alternate with expansive surfaces to create a broad, sharply-contoured front end of three-dimensional muscularity that hugs the road in sporting fashion. The defining feature at the front of the new BMW 4 Series is an unbroken central air intake that increases in size towards the outer edges, lending the entire nose section a more imposing presence and a greater sense of width. Standard Sport line features high gloss black finish surroundings enhancing the vehicles powerful and sporty character (430i only). 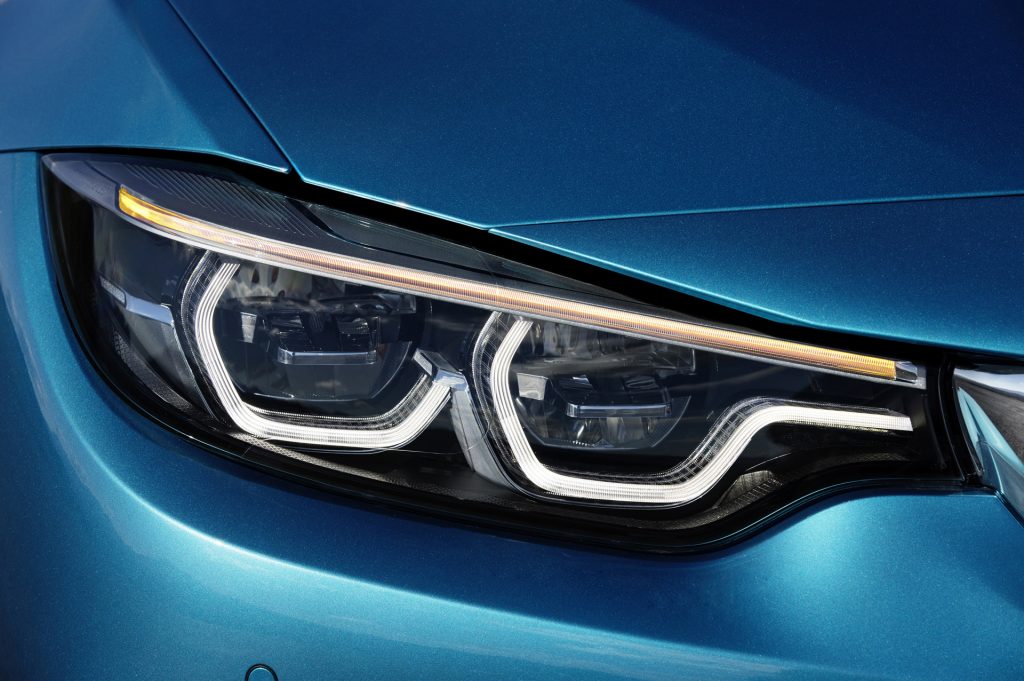 The bold horizontal lines and elongated design of the rear light clusters make the muscular wheel arches stand out. The widest point of the BMW 4 Series body is on a level with the rear wheels. The new rear apron accentuates the general impression of power. The modified positioning of the reflectors higher up at the vehicle’s tail makes it appear lower to the eye. A crisp contour line mirrors the outline of the outer air intakes at the front of the car neatly integrating its rear into the overall design language. 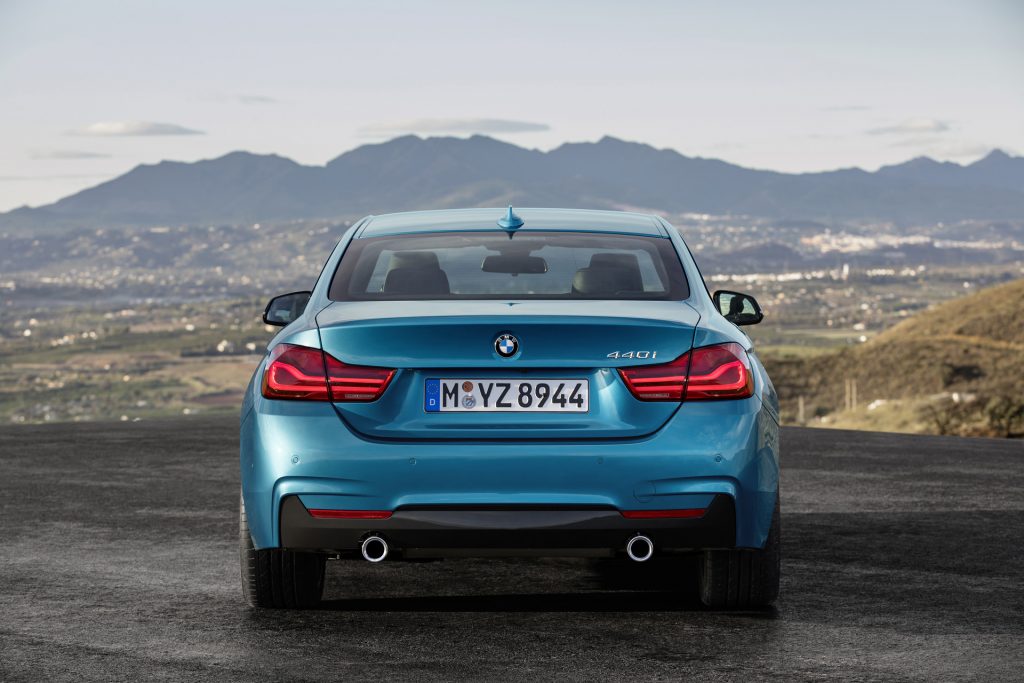 The redesigned rear lights give the new BMW 4 Series a fresh and technically sophisticated appearance. The characteristic L-shaped styling theme for the lights has been retained but in a reinterpreted form. The full- LED lights are no longer divided into individual light strips, with a sweeping curve in the outer section of the light assemblies giving them a perfectly homogenous look. The LED bars that taper towards the center of the vehicle take their cue from the styling of the optional full-LED headlights. The indicators now take up a larger area of the lights, with the inner section of each rear light also being used for the indicator function for the first time.

“The interior of the BMW 4 Series family delights with its own unique blend of sportiness and elegance. There is the distinctly sporty flair of the driving environment and then there are the high-class materials and long, graceful lines greeting the occupants in both the front and rear” Oliver Heilmer, Head of Interior Design BMW Automobiles. 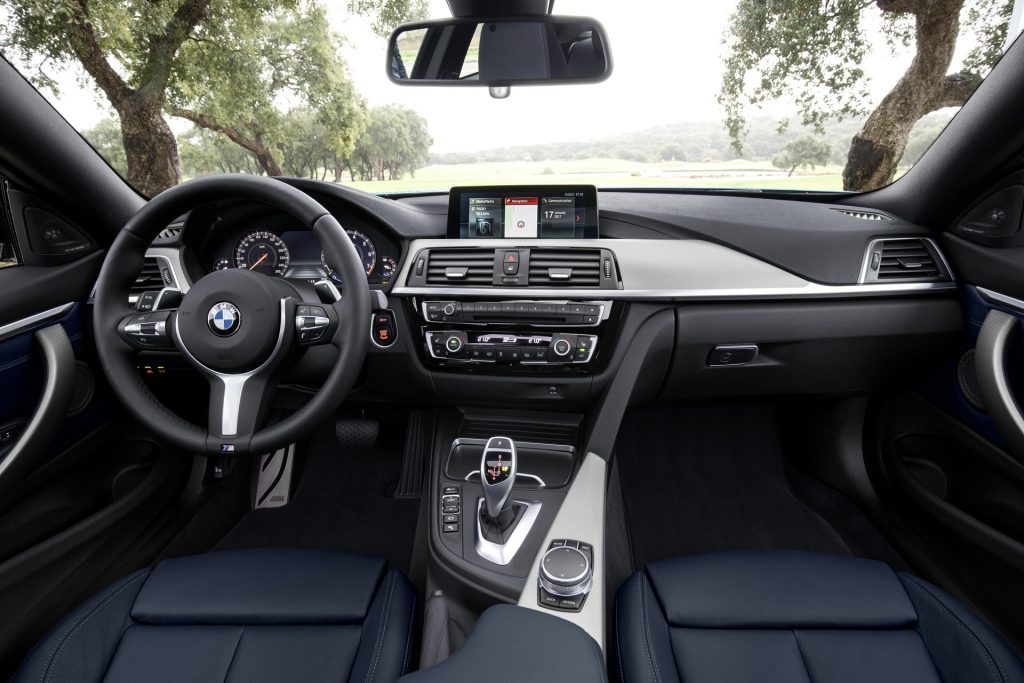 The interior of the BMW 4 Series, features an array of upgraded details that add to the cabin’s exclusive, high-quality feel. The air outlets, the control panels in the doors, the switch for the hardtop roof in the BMW 4 Series Convertible and the integral belt guides for its front seats now include electroplated finishes. The center console makes an even more elegant impression thanks to its high-gloss black cover panel, while double stitching on the instrument panel accentuates the interior’s driver-focused geometry. 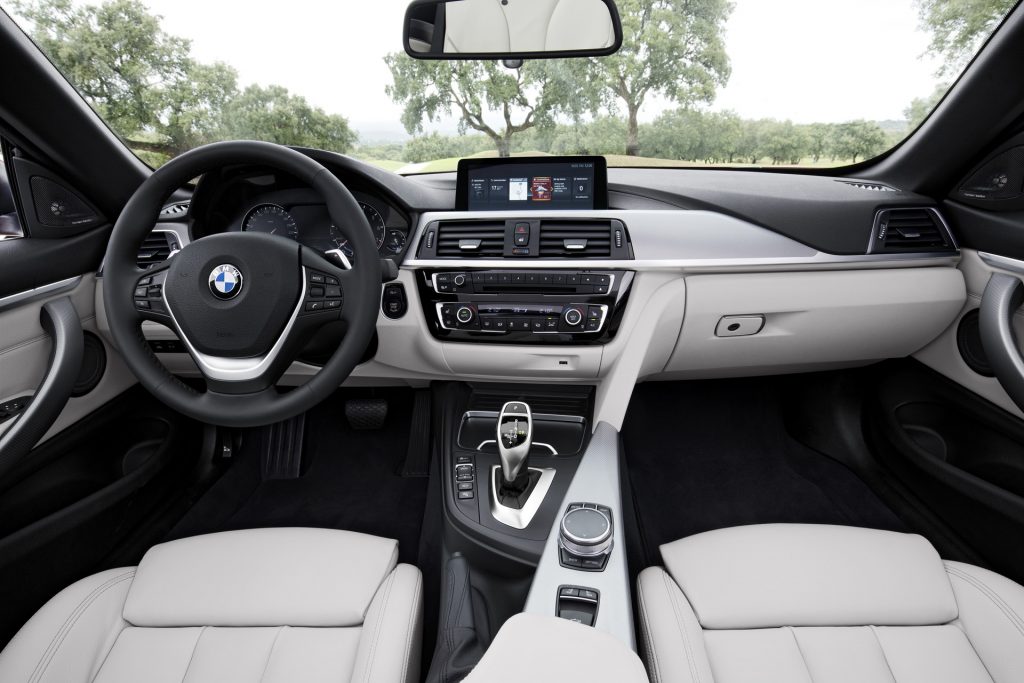 The sports steering wheel fitted as standard in the BMW 4 Series features (430i only) a new rim wrapped in high-quality leather whose modified lining offers the driver a better grip. BMW has added Midnight Blue Dakota leather, Cognac Dakota leather and Ivory White Dakota leather to the offerings, which means a total of three new, very elegant upholstery colors complete with coordinated contrast stitching and piping can now be ordered. New choices for the interior trim strips include Carbon Aluminum. The BMW 4 Series is also available with an M Sport Package. Customers also have a far greater number of possibilities open to them when configuring their car to their personal tastes, as more options can now be combined freely with one another than before. 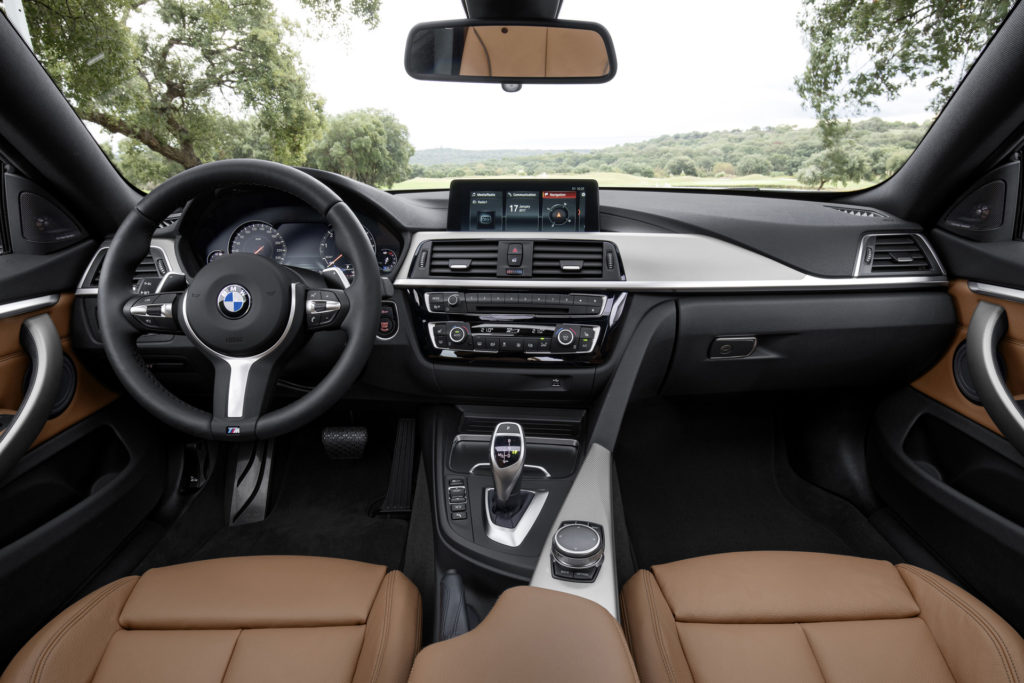 There is even greater scope for customizing the sporty, elegant exterior of the BMW 4 Series. Exclusive to the Sport Line 430i xDrive, the 19” Wheel (Style 407) receives a new Bi-Colour treatment. Meanwhile, the M-Sport 19” Wheels receive a complete redesign; available in Silver or Bi-Colour, this new 19” Wheel (Style 704M) enhances the aggressive look of M Sport Package with a straight-cut, powerful double five-spoke design. 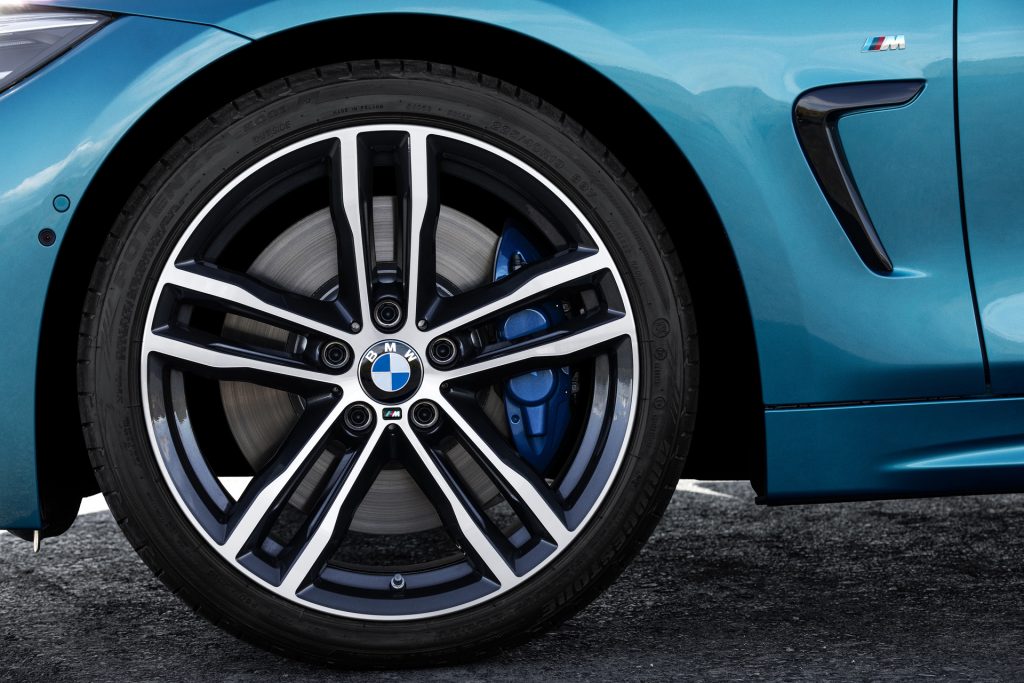 Exclusive new exterior paint finishes have also been added to the selection.Snapper Rocks Blue Metallic is a new shade of turquoise that projects an aura of youthful vigor and intense sportiness. And also new is Sunset Orange – a bold, orangey-red color.

The driving experience in all BMW 4 Series models is rooted in a fine blend of sharp sporting performance and superb ride comfort. The BMW 4 Series has a lower center of gravity than the BMW 3 Series (Coupé: -40 mm, Gran Coupé: -30 mm, Convertible: -20 mm), a wider track at the front (+14 mm) and rear (+22 mm), plus specially configured kinematics, giving it all the ingredients needed for even more agile handling.

The BMW 4 Series Coupé, Convertible and Gran Coupé models all come standard with the eight-speed Steptronic Sport Automatic transmission. The six-speed manual gearbox is available as a no-cost option on the BMW 4 Series Coupé (440i and 440i xDrive models only).

After making its debut with the all-new BMW 5 Series, the latest version of the iDrive infotainment system will be standard on the new BMW 4 Series range. Moving to its 6th iteration, the main iDrive display now conveniently arranges infotainment functions into 6 live tiles (3 tiles x 2 pages). These individual tiles can be rearranged in any order and continuously display information in real-time. With iDrive 6.0, BMW once again sets the benchmark for intuitive user experience. 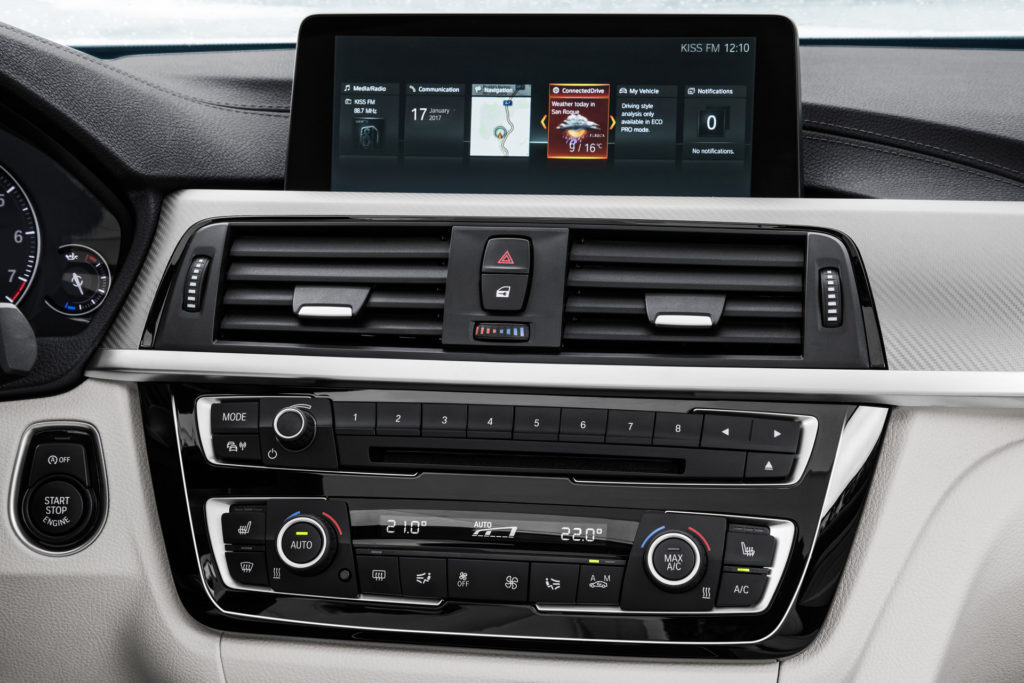 The new BMW 4 Series is now available with a Full Digital Multifunctional Instrument Display as part of the Premium Packages, giving the driver the choice of different display options depending on the driving experience mode selected.

If the super-efficient ECO PRO mode has been selected, the BMW EfficientDynamics technologies become the center of attention. The driver is notified of additional range and brake energy regeneration performance which aids the driver’s economical driving style.

When SPORT mode is engaged using the Driving Dynamics Control switch, the Multifunctional Instrument Display focuses on performance-related readouts, such as vehicle speed, engine revs or the engine’s current output.

Compatible smartphones can be charged in the BMW 4 Series wirelessly. The inductive charging tray is located in the center armrest and establishes a wireless connection between the smartphone and the car’s external aerial for improved telephone reception, particularly in areas with a weak signal. Wireless Charging also includes a Wi-Fi hotspot – which provides high-speed in-car internet access for up to ten mobile devices – plus two USB ports in the center console. Thanks to their current ratings of 2 amps each, both USB ports are also suitable for charging tablets. Apple CarPlay is available as an option, allowing optimum integration of an Apple iPhone in the new BMW 4 Series models. 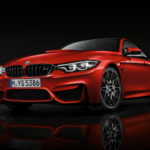 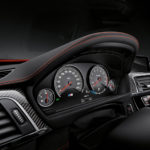 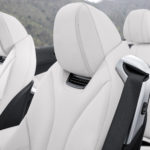 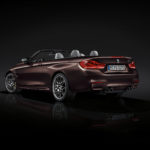 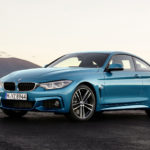 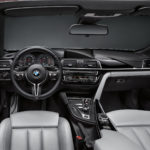 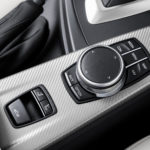 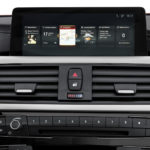 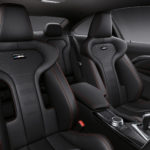