Scott Hargrove, from Tsawwassen, BC, will drive the full Canadian season, plus the U.S. GT3 Cup race at Sebring, FL, in the flagship #9 Castrol-Pfaff Motorsports 2017 Porsche 911 GT3 Cup. The 21-year-old has captured a total of 19 victories in the Canadian GT3 series, was the Canadian GT3 Platinum champion in 2014, won the 2013 USF2000 championship, and came second in the 2014 Pro Mazda championship. He has also raced the Porsche Carrera Cup Asia, and in select Indy Lights races. 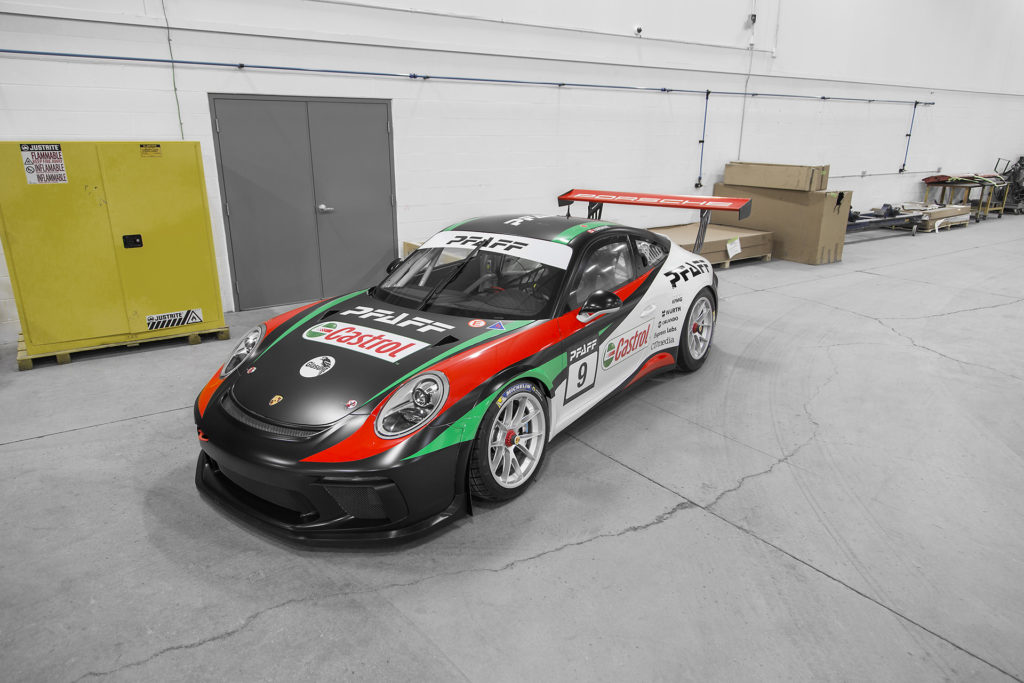 “Pfaff has been involved in motorsports since the 1980s, and is one of the most recognized names in Canadian Motorsports,” said Hargrove. “Several people I look up to in my racing career, such as Scott Goodyear and Richard Spenard, have raced with Pfaff. It’s important to align yourself with like-minded people who are goal-oriented, and the group at Pfaff Motorsports is a perfect fit; they want to win as much as I do.”

Castrol Canada returns as the title sponsor of Hargrove’s 2017 GT3 Cup race car, wearing a new livery. Hargrove added: “The new car looks beautiful, and I’m looking forward to more horsepower and downforce, and racing in Canada in front of Canadian fans. The Porsche GT3 Cup has been some of the most fun racing of my career, and the introduction of a new, more powerful, car will spice up the action and create a new challenge. The series has grown a lot, the field is more competitive, and the atmosphere is more intense than ever –drivers and fans will be more engaged in 2017.”

“Scott is the winningest driver in the last three seasons of the GT3 Cup Canada,” added Steve Bortolotti, Pfaff Motorsports team manager. “His experience, success, and drive give us the best chance to deliver another Pfaff championship in 2017.”

Hargrove will be joined by Orey Fidani, who will drive his Gold-class 2016 Porsche GT3 Cup in the full season, plus Sebring. A series rookie in 2015, Fidani claimed the Gold- class championship in his first year, and has shown constant improvement throughout his time in the series. Said Bortolotti: “We are thrilled to have Orey Fidani continue his development with us in 2017 with the goal of bringing home another Gold-class championship.”

Longtime customer Shaun McKaigue began purchasing his cars at Pfaff before attending track days, competing in Porsche Club Racing, and ultimately moving up to the IMSA-sanctioned GT3 Cup series a few years later. McKaigue has driven in the Canadian Porsche GT3 Cup since the series’ inception in 2011, and won the Gold class in 2011 and 2016. In 2017, he moves up to the Platinum class with a brand-new 911 GT3 Cup race car, wearing FER-PAL Infrastructure/FER-PAL Aquapipe livery.

“Pfaff Motorsports has demonstrated a professionalism, dedication, and will to win over the last number of years,” said McKaigue. “Their knowledge of everything Porsche gives us an edge. Pfaff can be depended upon to field perfectly prepared cars, every weekend. With their support, I’m hoping to consistently run in the top five during the season, and have my eye on a couple of podium finishes. I would also like to challenge for the win in the Platinum Masters class.”

Another Pfaff customer joining the Canadian GT3 Cup series is Ed Killeen, from Buffalo New York, who will also be running in the Platinum class with an all-new 911 GT3 Cup car, sponsored by Life Storage. Killeen’s desire to be on-track and learn racecraft began with several years of track days. As he became more serious about racing, he jumped head-first into motorsports, competing in endurance racing with TWOth Autosport, and earning numerous race wins and podiums. After a successful season racing a Porsche GT4 Clubsport, and running the final race of the Canadian GT3 Cup series in 2016, he’s excited about competing at the top level in the Porsche GT3 Cup Canada.

“My goal for the 2017 season is to get comfortable with the new Cup car as quickly as possible, and challenge for the Platinum Masters class Championship,” said Killeen. “Having the experience and depth that Pfaff Motorsport brings will certainly help us all get up to speed with this great new car. I feel fortunate to run with my guys at TWOth Autosport, and to do it with a group like Pfaff will make it a special year. I’ve got great confidence in the team, and can’t wait for race one at CTMP!”

Alongside Pfaff’s four full-season competitors, Jeff Pabst, an accomplished racer on the Canadian and international stages, will compete in select Canadian races behind the wheel of Pfaff’s 2014 Porsche 911 GT3 Cup car, bringing the total number of Pfaff entries in the Canadian series to five.